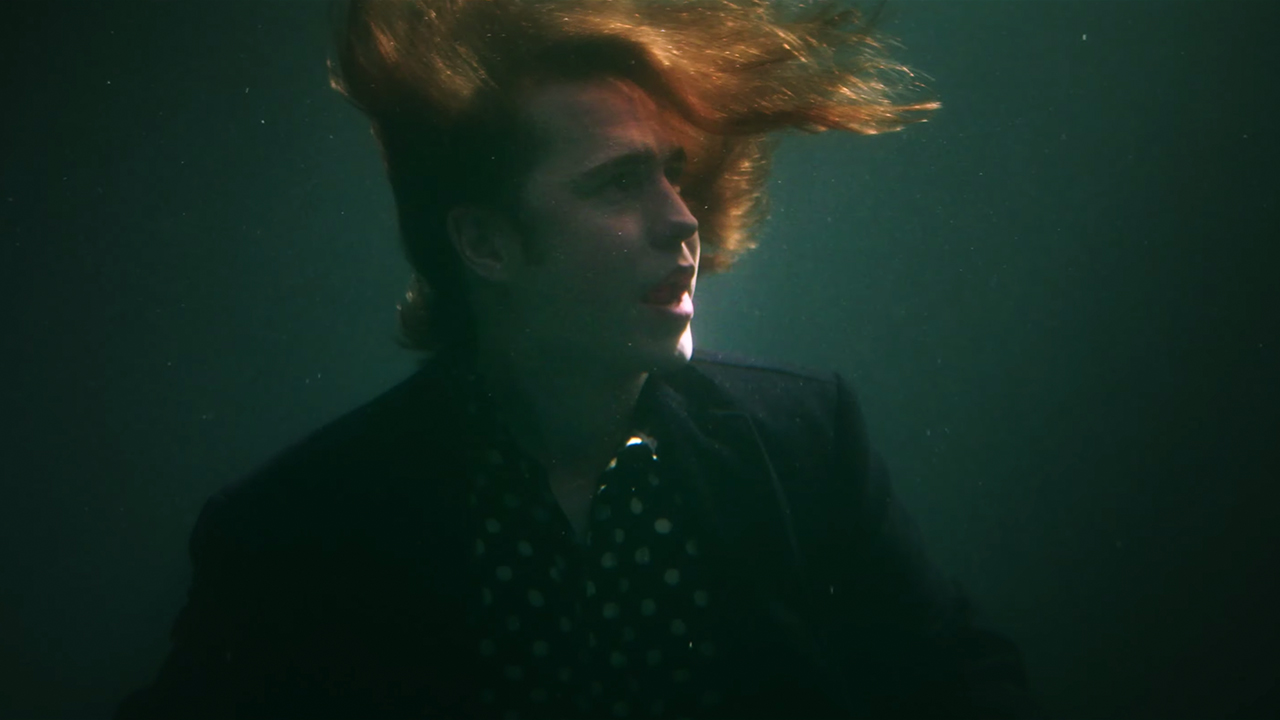 by Anth Webster
0 comments
Ambiguity is such a wonderful tool in the music video world, and when used well it can create some pretty unforgettable experiences. For many filmmakers it is what they love most about creating music videos, the freedom to do things a bit differently. To be more expressive and less literal, to harness the ambiguity as a storytelling function without needing to close everything off.

For British indie rock artist MF Tomlinson, when collaborating with director Freddie Leyden on the video for his latest single ‘Last Days Of Rome’, it was necessary to deliver his story of existential uncertainty with a little room left for the viewer’s own interpretation: “The song is an anxiety dream sequence,” explains Tomlinson, “kind of like a psychological thriller you know? To me this is like so many aspects of our lives right now. It’s an uneasy feeling ‘living in an algorithm’, things make sense like they make sense in a dream – you know there’s something wrong. The narrative is of course that I become unstuck from reality kind of like Billy Pilgrim, basically – I be trippin.” 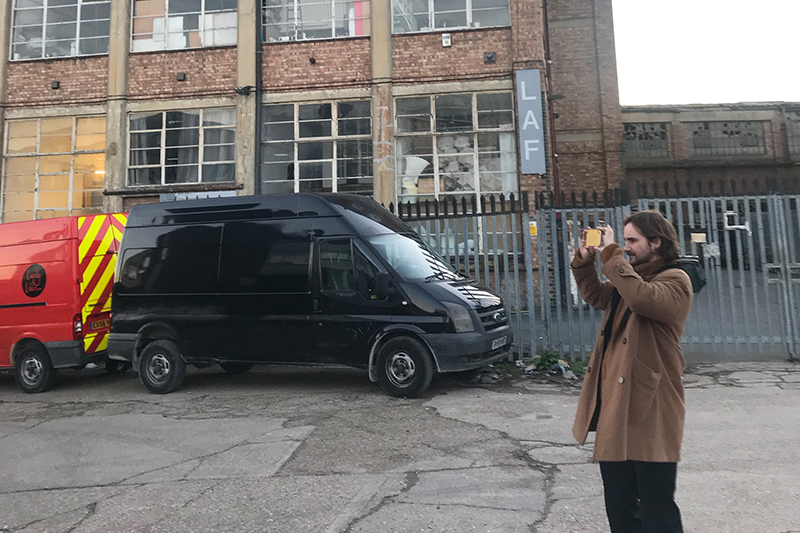 Musically, ‘Last Days Of Rome’ occupies this awesome space just adjacent to alternative rock, with its funk-inspired beat and anthemic chorus, but a distinct prog overtone drawn from its full production and noodling organs. For director Freddie Leyden when conceptualising what is essentially an expansive take on a performance video, the goal was always to go big: “The moment I heard that first guitar note on ‘Last Days Of Rome’ all I kept thinking was SCALE. It’s a big intro for a big song. The thought of Michael being on a stage for the visual never crossed my mind. When you are talking about the impending apocalypse… I don’t know, I guess I see that on a wide angle lens out in the world either in urban neon detritus or in remote nature. From Michael and I’s first conversations about this video it always felt like it was going to be out in the world.”

In the video, Tomlinson occupies two estranged locations; the urban jungle of the city, and the very real jungle of the Australian bush. Tomlinson traverses the separate landscapes concurrently, which both draws comparisons but also completely isolates the two scenarios. “It’s a simple concept and we kept it open, letting the environments tell more of the story for us.” elaborates Tomlinson, “We chose the environments for their symbolism, each has a duality.” 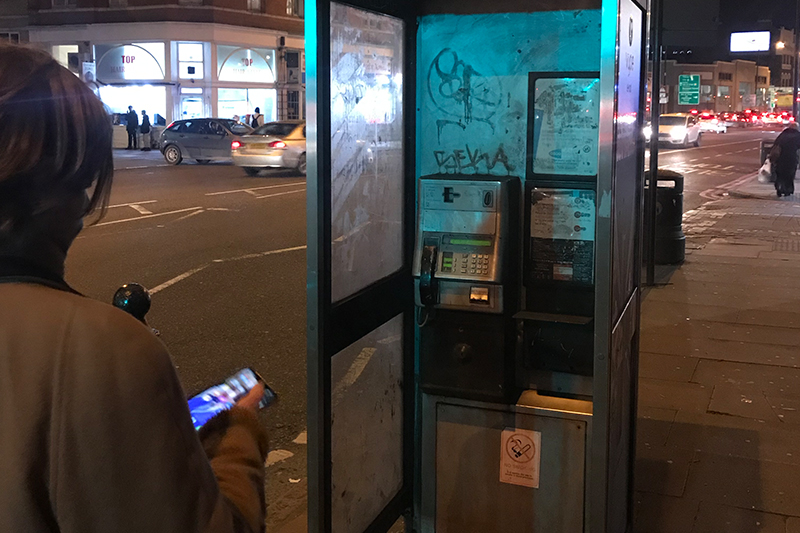 “The forest is at first an alien inhospitable place, later my relationship with it changes – is it the world after the Anthropocene, or before it, or the natural world in which we belong? The water is at first a calming escape, like living in a bubble, an algorithm. You can play here, but if you stay too long you’ll drown. Narrative wise, the city is less of an environment and where the video is set, really – the reason for the season. We shot the city scenes in streets around my studio in Limehouse, you’ll often find me walking through those arches but on this occasion, we wanted to make it seem like Gotham. Luckily Limehouse in January is grim AF.”

The city scenes are really stunningly shot. There is a roughness or a grime to the location that is captured wonderfully in the way the lights of the city shine off overy surface, like some greasy dulled mirror. It creates a real drama and urgency that MF Tomlinson’s confident performance revels in. When asked about the set-up of these shots, director Freddie Leyden replies: “The city shots are all lit by the actual traffic lights and streetlights nearby. We didn’t use any of our own lighting for those shots. In the main phone booth shot the colours on his face changing are genuinely just the traffic lights nearby changing from green to orange to red. Once we were filming, I noted what an impact it was making on the shot, so I spent the next 15 mins desperately pressing the crosswalk button to make them change as much as possible. We lucked out.” 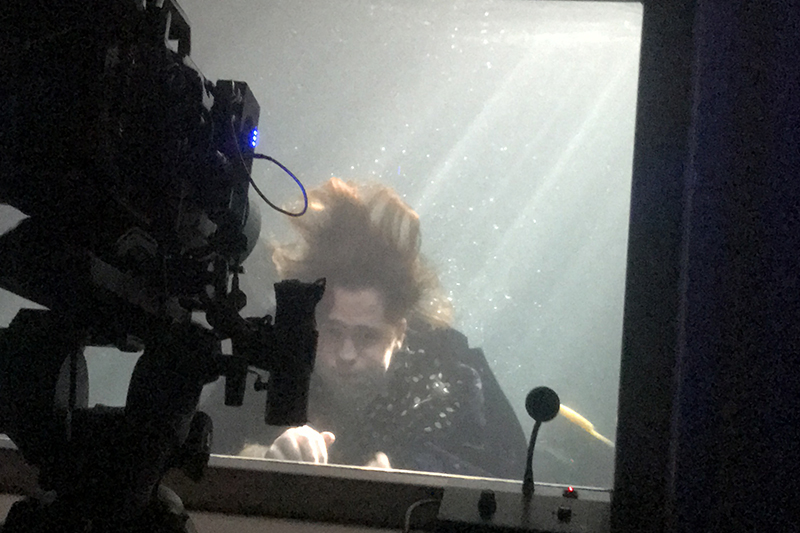 The contrast between this urban claustrophobia and the space of the wild bushland is extremely apparent, though according to Leyden, there was a certain fortuitousness to how this part of the video came together: “The specific locations choices happened organically. The Rainforest shots were filmed at Kondalilla Falls near Maleny in Queensland two days before Christmas, as it just so happened we were both in Brisbane over the holidays. It was very important to find features that just couldn’t have been shot in the UK and show Michael slipping between these distinct worlds. Many thanks to local DOP Kevin Nguyen who was able to hop on board last minute to shoot this segment.”

There is a recurring shot in this video that carries such weight; MF Tomlinson performing to the camera, completely underwater. It’s a gorgeous shot that has this natural green haze to it, as light filters into the thick water around him. Tomlinson’s performance underwater is oddly calm and assured, as he put it above, it’s “a calming escape”. When asked about the actual process of putting a shot like this together, Leyden replies: “We had already shot the rainforest elements of the video in Australia, and we had this amazing shot of Michael jumping off a cliff into the water. But it felt like there should be more of a payoff. So, I went looking for somewhere that could accommodate an underwater shoot in London and found “Under The Water Media” a bespoke pool for film and TV.”

”The most important thing to achieve was to make the water in the tank look like the water Michael had jumped into back in Australia, I think we pulled it off. It is a great facility, we used minimal lighting, just one beam to mimic the light from the sun and blacked out everything then added some debris so it really looks like he is in that murky lake in Kondalilla Falls. Our DOP William Pope and Focus Puller Francis Boyter did an excellent job following all of Michael’s movements once he was in the tank. One of the strange practicalities of an underwater shoot is I had to speak to Michael and do the music playback through a walkie talkie. I don’t know if he ever heard me, but we tried.”

There is a recognisable chemistry between Tomlinson and Leyden that can be felt in this video. It’s a blend of comfort and a hivemind-like shared enthusiasm that a music video’s success can really hinge on. When asked about the working relationship the two frequent collaborators share, Tomlinson replies: “All I can say about Freddie is he is an absolute dynamo. He’s got a very big fire in him and he’s one of those rare people whose talent is matched by their ability to make things happen. Whatever my initial idea is it’s sure to treble in scope and ambition. There’s always come a point in our projects where I’ll get a bit intimidated with how the hell it’s all going to come together, he’ll say ‘Don’t worry Tommy’. Somehow he does it.” 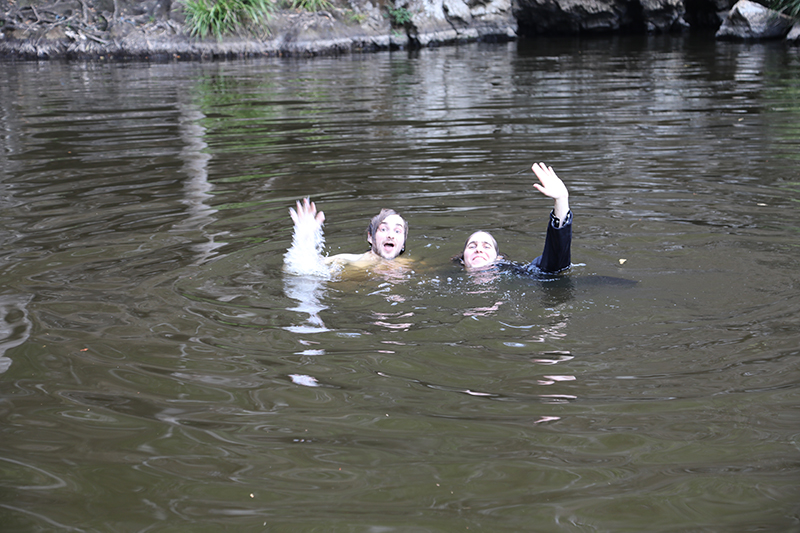 “As a creator it is the most amazing thing to have someone who’s really great at what they do put as much love, care, attention to detail and energy into a collaboration with you as you put into your own work. That’s big! I guess our attitudes are very similar, looking at the resources of the very talented people around us and thinking about how we could make something brilliant out of that. He’s also really generous in the creative space, I like to be quite hands on and he’s big enough to give me that space – letting me get involved in the edit and giving space for all my ideas even when they’re rubbish. And then of course he’s a lovely guy – did I mention that yet?”

Here is the official video for ‘Last Days Of Rome’