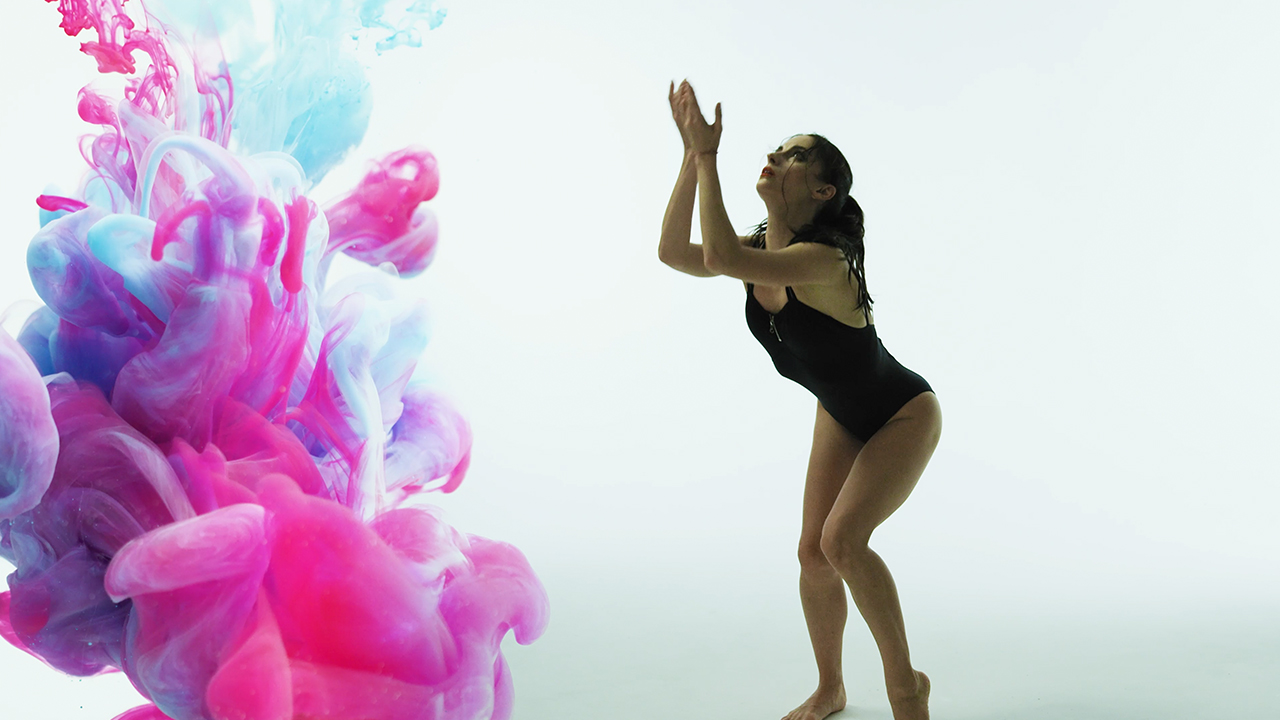 by Anth Webster
0 comments
[dropcaps type=’normal’ font_size=’60’ color=’#ed145b’ background_color=” border_color=”]I[/dropcaps]t’s funny the way inspiration can subtly steer you down a path you had no idea you were on. For Sydney electronic producer Blake Strange, he never set out to create a track that thumps so hard with nostalgic 90s house vibes, but with ‘Rainbow Road’ that is certainly where he ended up. “I’m a big lover of the 90’s!!” explains Strange, “There was a lot of great music coming out during this time. I mean Fatboy Slim’s ‘Praise You’ still to this day gives me goosebumps. Then there were the Chemical Brothers, Daft Punk and the Chicago house movement. Oh, and how could I forget Brittney Spears. Ha! It was an amazing moment in dance music history.”

“It began with me and a friend Remi wanting to make a housey tune, in the beginning it sounded really different. Then as it progressed into that more 90’s sort of vibe, I added in the piano riff and vocals that I feel was the cherry on the cake to what you hear now. But still adding my own new age feel with that synth that you finally hear in the last drop. As for the writing process it’s usually different, however most times I begin with writing a melody with a synth. After that comes the drums and for twenty, to thirty minutes just adding and subtracting various instruments until I’m happy with the sound.” 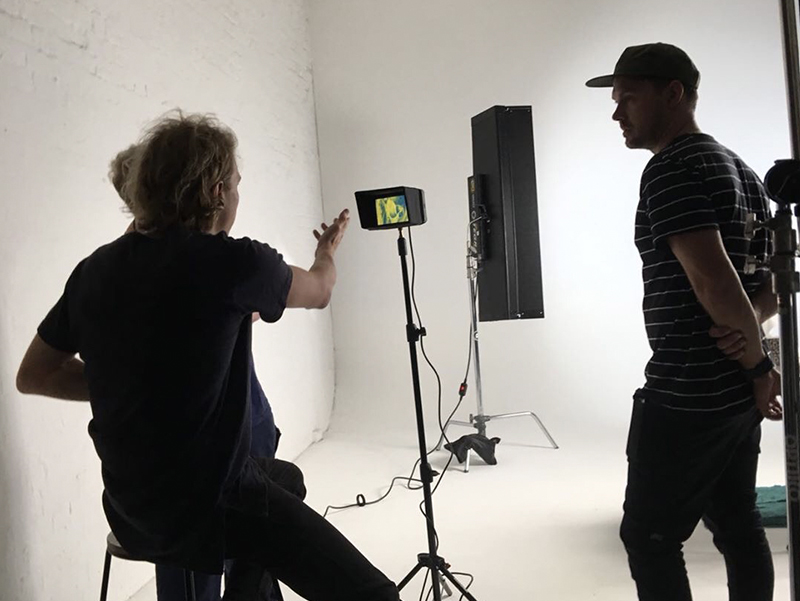 As soon as those opening back-beat electric piano chords hit, you are transported to the Hacienda club in Manchester, or Erik The Red in Chicago. The assured beat pumps with an energy thick with sweat and fervour. But then there is this ominous synth that undertones the whole track, really grounding it, only to then be unleashed for the song’s crescendo that pulls the track into this modern space that feels almost cathartic or transcendent.

A filmmaker in his own right, Blake Strange’s self-directed video for the new track is centred around the performance of a dancer accompanied by gorgeous colour effects from swirling bright inks, and chopped together with some interesting editing and framing techniques. Though it was again not Strange’s intention going in, the physical movements of the solo dancer with the highly stylised colour effects really harks back to some of those awesome house clips of the era as well. 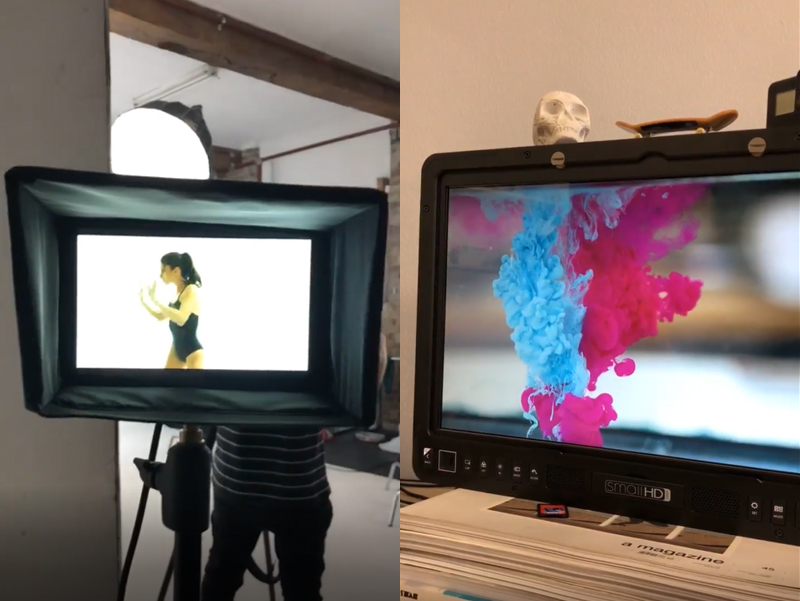 Strange elaborates on the production: “Again not intentional 90’s vibes, but after I watched it recently, I really felt that it had a real Rage in the 90’s vibe. Especially the multi fluro colour backgrounds. I got into directing a few years back and studied it at AFTRS, after this I fell hard for music production. I began putting all my efforts into making electronic music. I felt I had found my other passion, music. I knew then I wanted to combine the two together and make interesting music videos for my own tracks. ‘Rainbow Road’ is my first of many to come, I read somewhere recently, comparing music videos to fast food meals – the music is the burger and the video is the fries and drink. This really resonates with me.”

“While the track was still yet to be complete, I already had a clear vision for what the video needed to look like, I had all these visuals in my mind and began drawing them out. I then made a treatment for the concept and pitched it to Optika, the production company I work at. James Tyrrell, the director of the company, was into it and jumped on board. Being a cinematographer before director he dusted off his camera skills and volunteered to shoot the video. Finally, I hired a studio and got Olga Stadnikova on board and made the video. Once the track was finished off and mastered, we were able to finish the video.” 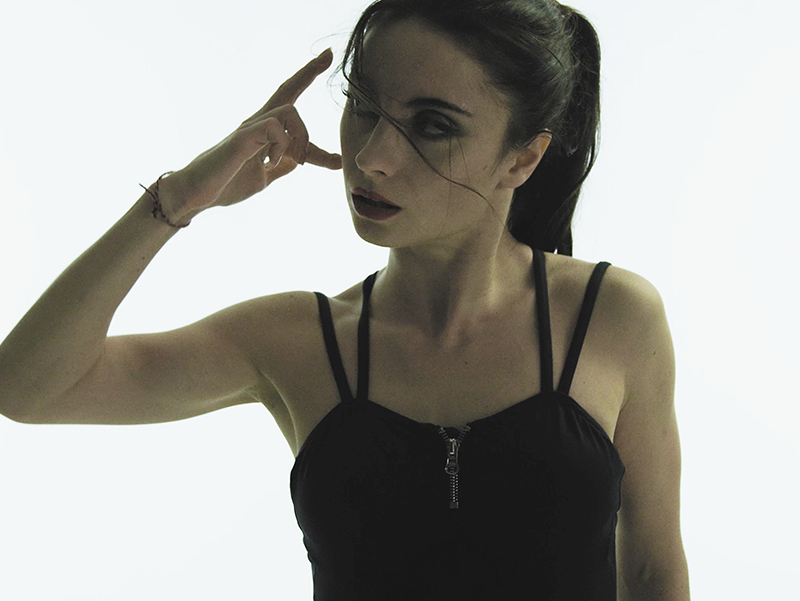 So much of the success of this video relies on the work of the dancer, Olga Stadnikova. There is a wonderful fluidity to what she is doing, imbued with the confidence to match the assuredness of the track. While some moments feel like a Flashdance-esque break out sequence and others a sensuous exploration of self and being, the performance feels constantly so in tune with the movements of the music.

When asked about working with Stadnikova and the faith put in her performance, Strange replies: “The video being all about the dancer, there was a lot of pressure for the dance routine to be good. If we got someone in who couldn’t complete the task on the day, I believe it wouldn’t be half the video it is today. Luckily, after putting the ad up on the internet, I got some great responses from really talented dancers. In saying this Olga was a stand out from the beginning, I watched some of her previous videos and was thoroughly impressed by the magic of her dancing. I found out on the day Olga is a professional ballet dancer, who travels around the world with her husband and the Cirque du Soleil! What a great lifestyle.”

”In the lead up to the shoot we spoke on the phone about the direction of the choreography, I asked her if she could listen to the music and to create the movements and routine for how it made her feel. I hadn’t seen the routine till the day in the studio, which was a worrying thought but, from the first take I was gobsmacked. I looked over at the crew who were just as impressed as I was, everyone was wide eyed smiling at each other. Each take was just as incredible as the last one before it, I was really honoured and grateful to work with such a talented performer.” 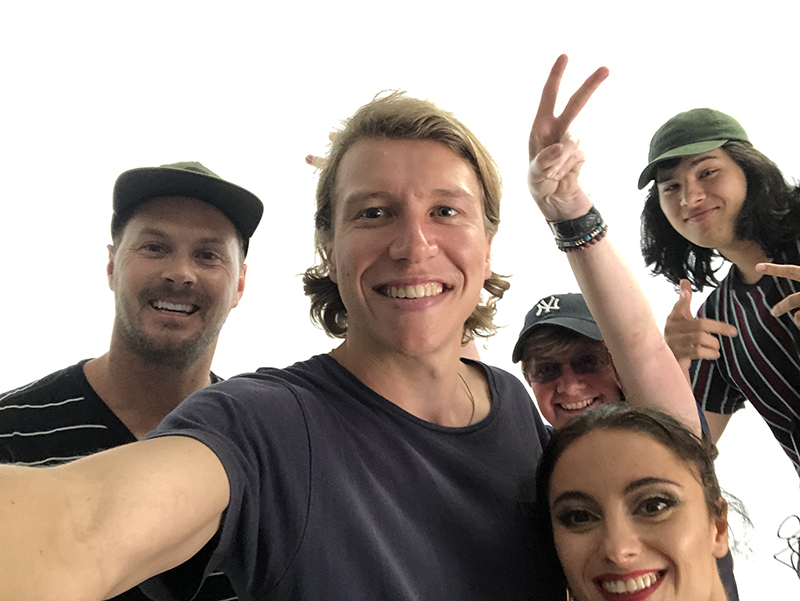 Stadnikova’s stunning performance is allowed all of the viewer’s attention by some gorgeous and creative framing from DOP James Tyrrell and a generous and accomplished edit by Sara Wills, who also collaborated with Blake Strange on the at times experimental use of colour. The collaboration of all parts sets a scene of a harmonious production gelling in such a delightful and ultimately successful way, as Strange explains: “Sara is a really talented editor, she came in still starting out her editing career, with a bit of experience but she totally blew me away. She really nailed the transitions of Olga’s angelic moves from cut to cut.”

”On the day we had a lot of experiments going on, with ink in big fish tanks to macro lens filming paint, mixed with oil. So, when you see the effects in the video they are real, then Sara manipulates them changing the colours in post- production and put Olga within. The whole day still in this moment was one of the best I’ve had, we all had a ball. Everyone had a wide grin on their faces, once we wrapped.”

Here is the official video for ‘Rainbow Road‘