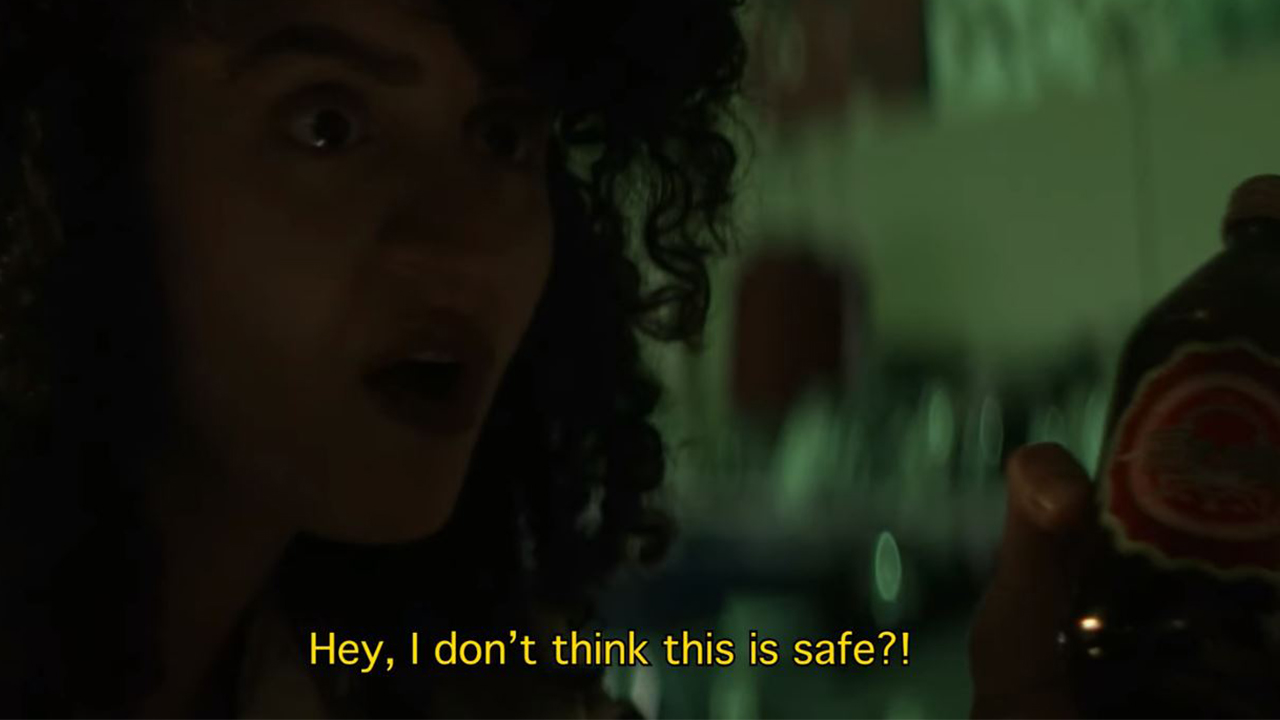 Staff watch on uncaringly as customers at a spooky grocery store imbibe in a phantom murderous drink. Given Billy Fox’s brand of soul and funk influenced pop, very much on display in “Let’s Be Honest”, this certainly isn’t the most obvious approach for the song’s video. But the result of the unorthodox match is this sinister colouring to what would otherwise be a rather innocent sounding track.

This effect is driven by the director’s choice of presenting the dialogue. The actors mime the song’s lyrics underneath unrelated subtitles which instead deliver the at times surrealist dialogue of the story. It’s a really interesting mechanism that adds to the general unsettling nature of the concept. 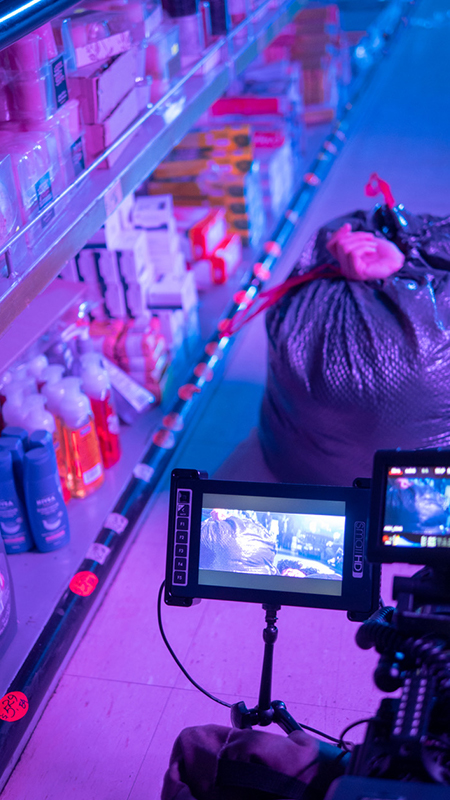 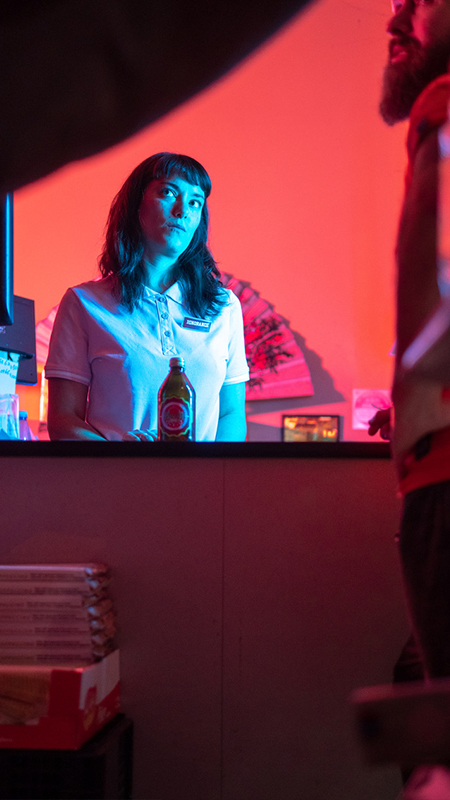 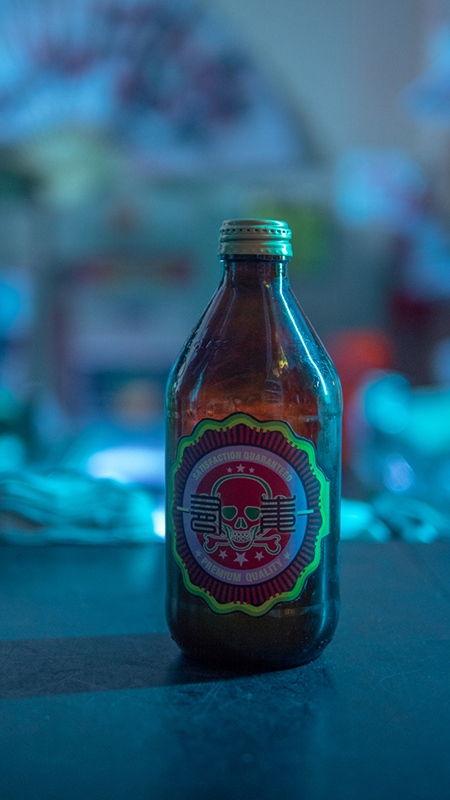 Cinematographer David McKinnar speaks fondly of the way he and director Alex Campbell brought this concept about, saying: “This I guess was the strange part as I actually came up with the brief and approached Alex about directing it. Kind of strange coming from a DOP, but I love conceptualisation but not necessarily direction itself. Alex was a perfect fit, he hit the ground running with the brief, loved the idea of having a surreal-esque horror setting where lighting continuity doesn’t exist and really shaped the world into what it needed to be.”

The lighting plays a massive part in this video, delivering a large of amount of the clip’s bizarre and uncanny feel through the use of gloomy darkness lit by dreamlike colours. The success of this approach is all the more impressive given the nature of the production. McKinnar explains: “Most of the lighting for this piece was pretty loose. Alex and I were literally the only crew members on set, no gaffers no assistance, just us, we didn’t even have a producer, we did everything off our own backs.” 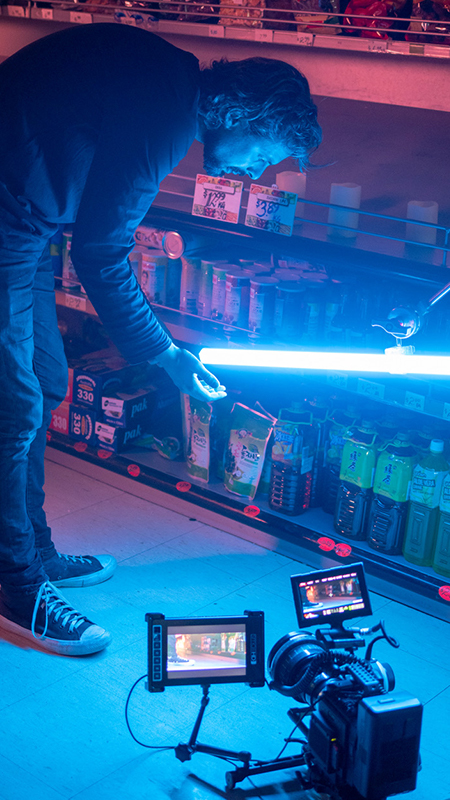 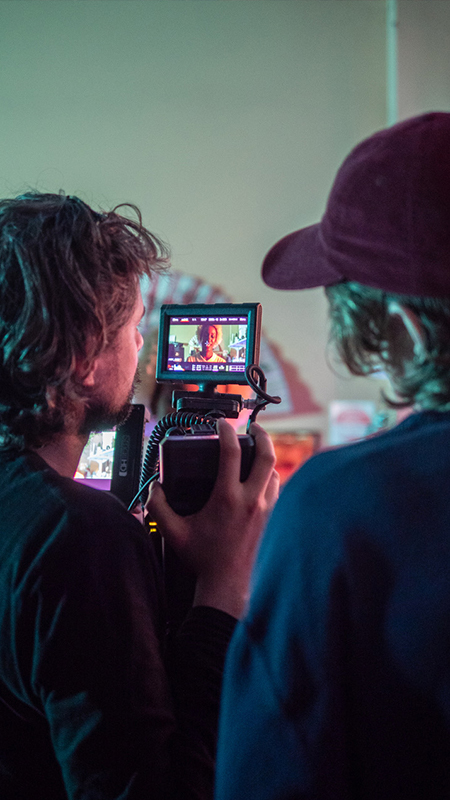 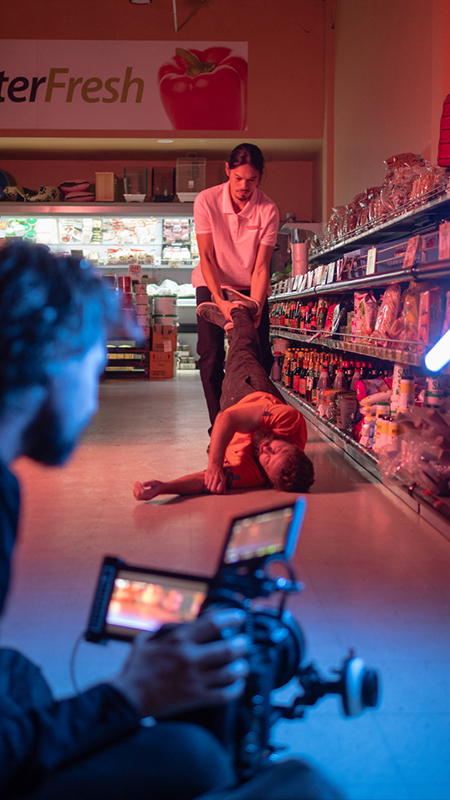 “So for lighting I had to keep it super simple and quick. We had one sky panel s60 with a softbox for the backgrounds & a four-foot NanGuang tube to key with, or be used as wrap. The NanGuang tube was actually a life saver, for low budget stuff with minimal crew, it’s perfect!”

“Other than that, my basic approach was just key with one colour, isolate that colour with a complimentary one for the background and then if possible, have a white reference in the shot so the audiences’ eyes can adjust to it, allowing the colours to pop.” 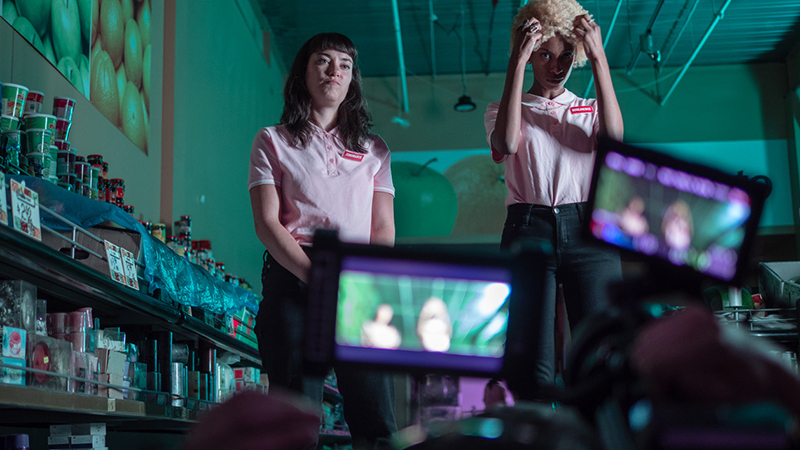 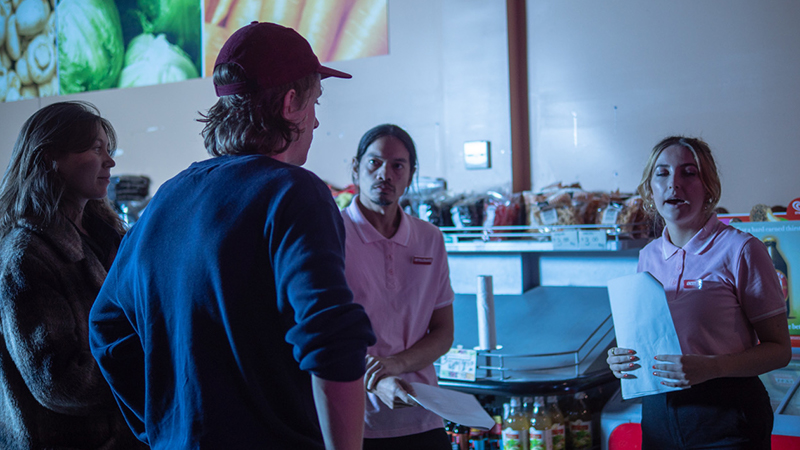 This overall unease of the video is again accentuated by the use of handheld cameras throughout, especially when coupled with some super tight frames and occasional use of low or unusual angles. We asked McKinnar about this approach and he replies rather candidly, speaking of the small production bringing certain challenges which can also become opportunities: “We knew from the get go it was always going to be handheld & were happy to deal with all the bumps and shitty operating that I provided throughout the two days.”

Given the very specific tone of the video, we asked McKinnar if there were any particular source materials or influences that he and Campbell drew inspiration from coming into the shoot. He replies: “In the week leading up to shooting I’d watched The Shining twice as well as Neon Demon, Natasha Braier is probably my favourite DP and her use of colour in Neon Demon is something I always find myself looking over for references.” 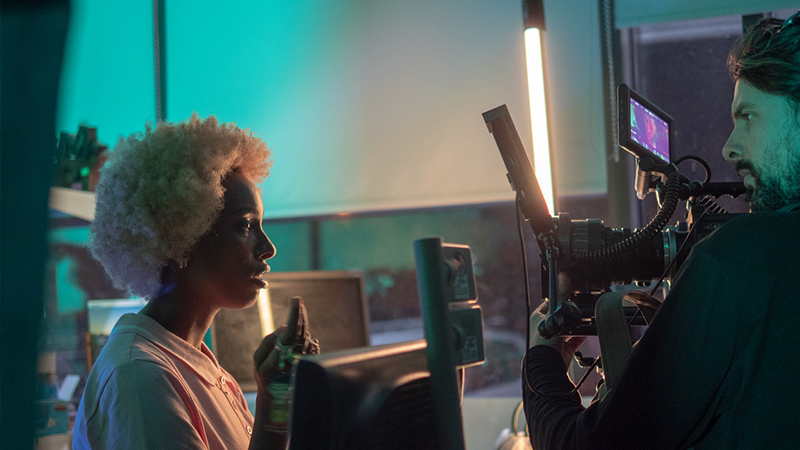 As the video concludes with the grocery store workers nonchalantly loading piles of garbage-bagged bodies into a van for removal, the video reaches its evilest. Offering little to no explanation and certainly no hero to combat this vile practice makes the video all the more delightfully sinister. As the final brass flourish toots and the fan putters away, even the sourest of viewers will be wearing an evil grin of their own.

Here is the official video for “Let’s Be Honest”