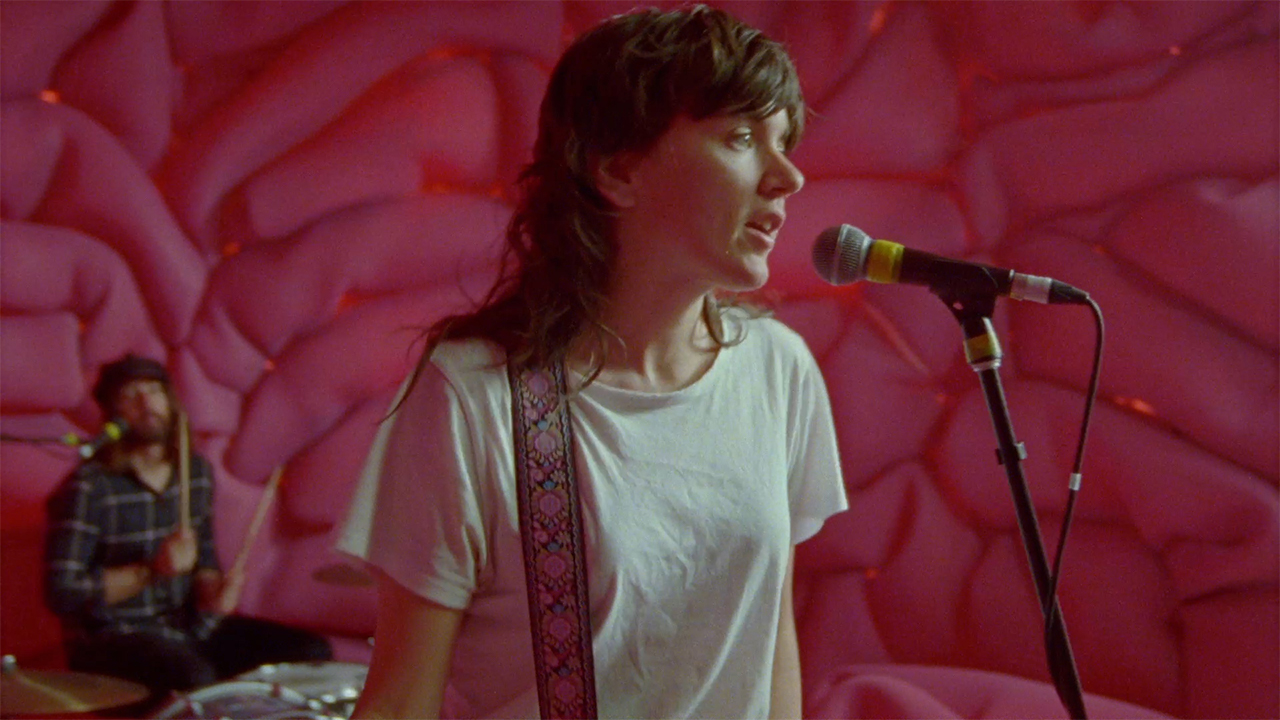 Oh god. Did I just reply “Yeah, you too!” when that waiter said “Enjoy your meal”? Everyone definitely heard it and are silently judging me for it. Ugh. Hey there’s that person I kind of know, I should go and say hi. Why haven’t I said hi yet? They’ve definitely realised I haven’t said hi yet. Every second I don’t go and say hi the more of an arsehole they think I am. Oh god, does everyone here actually think I’m an arsehole?

Uggghhh the doubt. The crippling self-doubt. We’ve all been there. We all live there. And of course, it’s the people’s poet Courtney Barnett who has been able to so eloquently put this experience into words in “Everybody Here Hates You”. When Danny Cohen came on board to direct the next in a long line of collaborations between he and Barnett, he had a very clear directive. 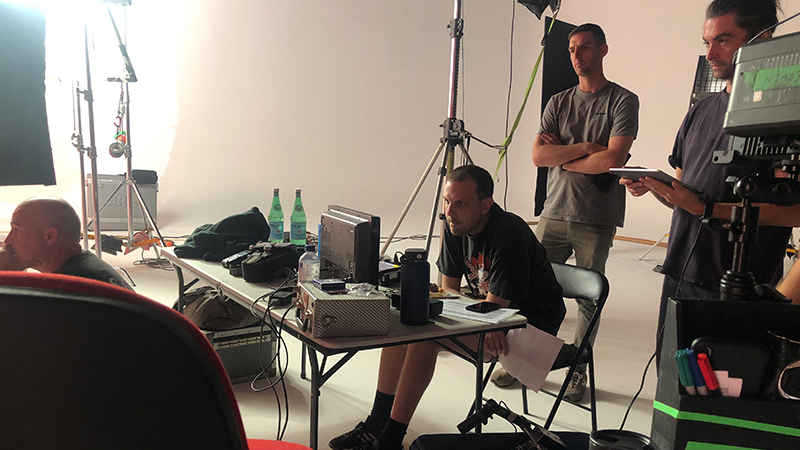 Cohen explains: “Having directed Courtney’s previous clip for “Need A Little Time”, which lent more heavily on her singing while walking/teleporting/floating through space, I wanted this new clip to show Courtney just performing in her natural state. I’ve seen a lot of her shows, she’s such a magnetic performer and I wanted to bring that energy to this clip. I was inspired by 90s music videos like Sonic Youth’s “100%” or Breeders’ “Cannonball”. I love the honesty, the rawness and artists not taking themselves too seriously.”

This natural state of performance that Danny Cohen presents Barnett and her band (drummer Dave Mudie and bass player Bones Sloane) in, starts out in its most natural of habitats; the stage of a rock-n-roll venue. However, as a blues run on Barnett’s guitar takes us into the chorus of the song, we make the geographical and metaphorical move into Courtney Barnett’s brain. 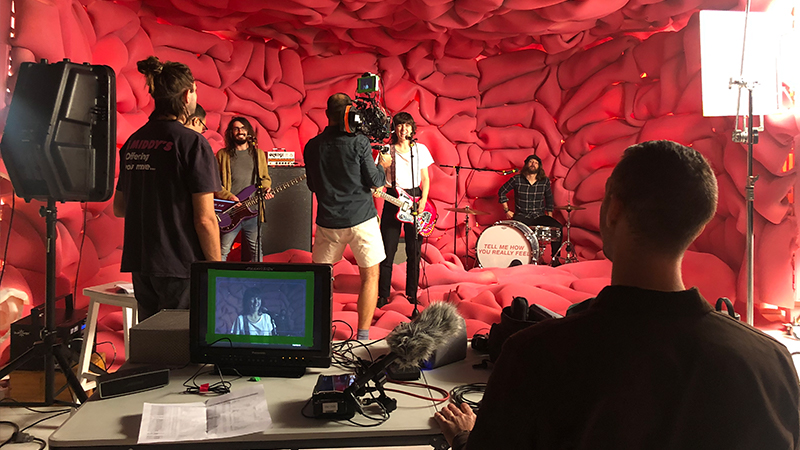 When asked about the concept, Cohen replies: “The song deals with troubling inner thoughts and I wanted to contrast this with playful, humorous visuals. I don’t usually reference lyrics too heavily visually but hearing Courtney singing “It’s only in your head”, felt right to play this clip out inside a brain, especially her own.”

This giant brain that Barnett and her band find themselves in looks incredible. It’s puffy, pink and even has these flashing lights of firing synapses zooming around the ripples of the grey matter. It’s comical yet still feels so real and present. The decision to actually build this set rather than going the undoubtedly easier route of green-screening it in, brings so much character and authenticity to this video. 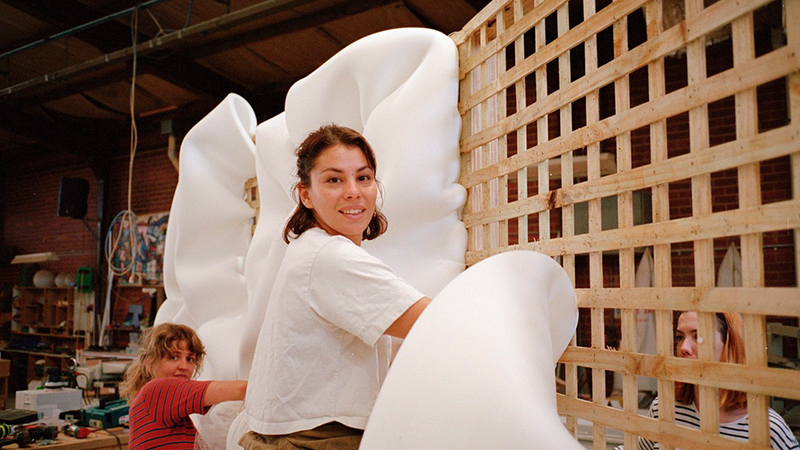 Cohen speaks quite fondly of the set: “Marni Kornhauser, my art director, was the brains behind this. We had endless discussions battling between look and feel vs how it moved and its lighting. The main issue was budget constraints, the size and the shape of the set. If the brain was too small, it’d feel too cramped, and we needed the claustrophobia to begin during the build-up of the clip instead of right off the bat.” 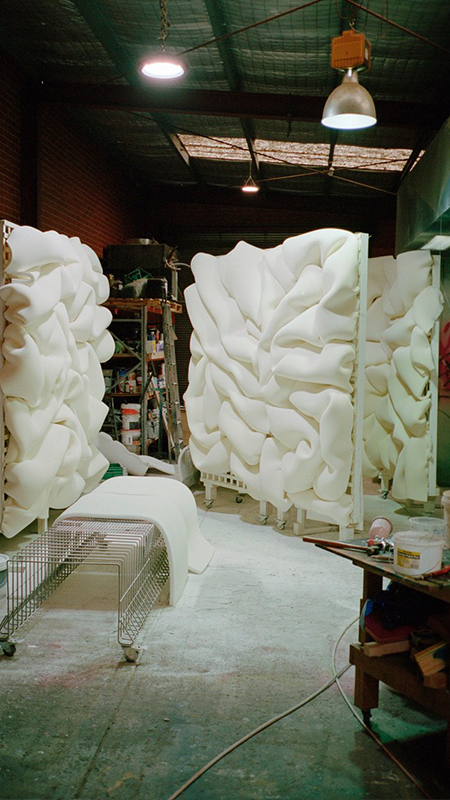 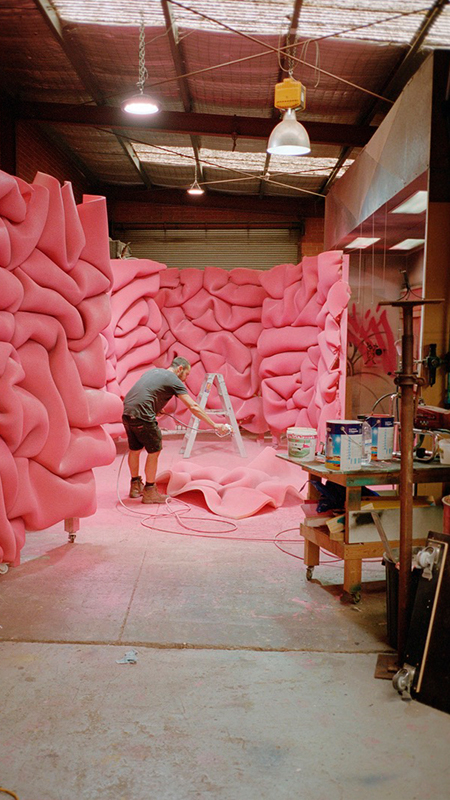 “Supa Dupa Industries helped construct the walls which was lattice and on casters to help it move freely for repositioning different scenes but also closing the walls in on Courtney. Marni found that folded, sculptured foam would be the best way to mould the grooves and curves of a brain. These were attached via wire to the lattice, then painted pink and shaded to help with lighting. The floors and ceiling used a similar technique but needed to be more free so they could buckle with the pressure of the walls coming in on top of it.” 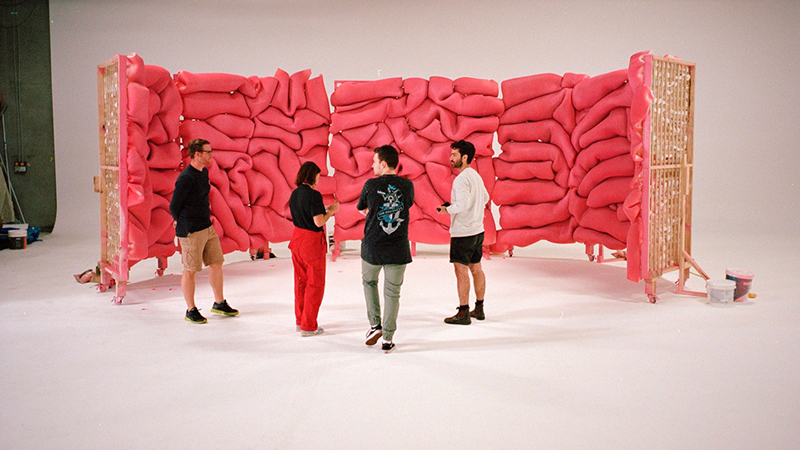 “Then came the programmed LED strips, which were provided by Colourblind Lighting. They were placed in the creases and programmed to pulse throughout the brain. The foam was then lit from behind to add depth and character to the set. It was such a massive undertaking by Marni and the team, so many moving parts to get it all finished on budget and time constraints.”

You have plenty of time to absorb the craft of this set and the performances within it thanks to the directive going into cutting the clip together. Cohen and editor Ben Hall have taken a really naturalistic and relaxed approach to the edit and the video is all the better for it. 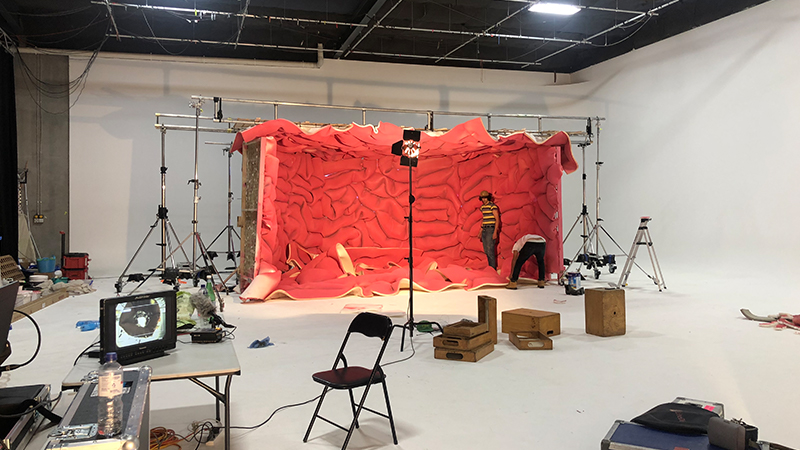 When asked why he steered away from overly complicated or flashy editing, Cohen replies: “Yeah, the song just didn’t call for it. It’s such a cruisy jam. Quick cuts would distract the audience from the charm of the performance. It’s so nice to see Courtney rip a solo then smile at the end of it. It’s like the audience gets to see a peek of a tiny bit more than expected with music videos. In this case, that extra moment is so important in showcasing Courtney’s personality. It’s such an honest and warm performance, I think it’s as big a factor to the music video as the brain set itself.”

In this same vein, Danny Cohen has done so well to capture that almost indefinable quality of Courtney Barnett, that realness. The way she does things with absolutely no pretence. Barnett and her bandmates are depicted so naturally, they’re often on the verge of laughing, bringing this real charming candidness to the video. 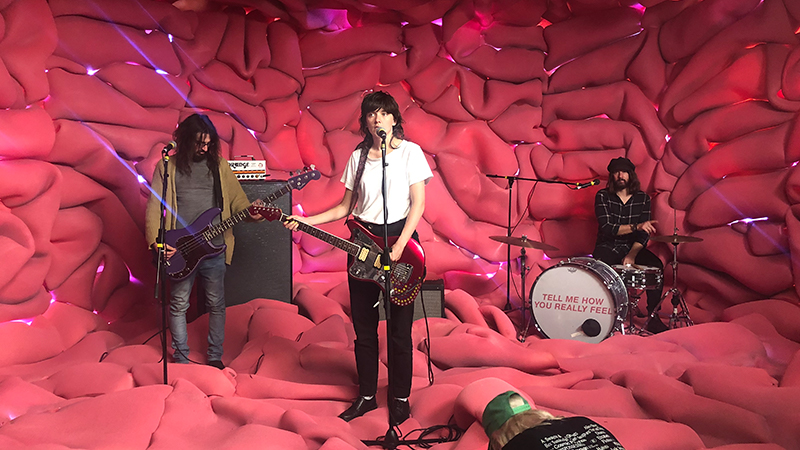 We asked director Danny Cohen, especially given the subject of the song being feeling too self-conscious to even enjoy yourself, was this candidness a directive going into the shoot or was it something that happened organically? Cohen replies: “I think it was a bit of both. I wanted the performance to feel relaxed, like you’re there in the brain with them, like you’re a mate.”

“I definitely set it up so that there was room for the band to have fun but a lot of it comes on the day too. There was also the element of shooting on film, we didn’t have heaps of takes and the band knew this. So, we rehearsed a bunch, got everyone in the zone but the main point from the beginning was “you’re in a big ol’ brain, it’s not a serious clip, have fun with it”.” 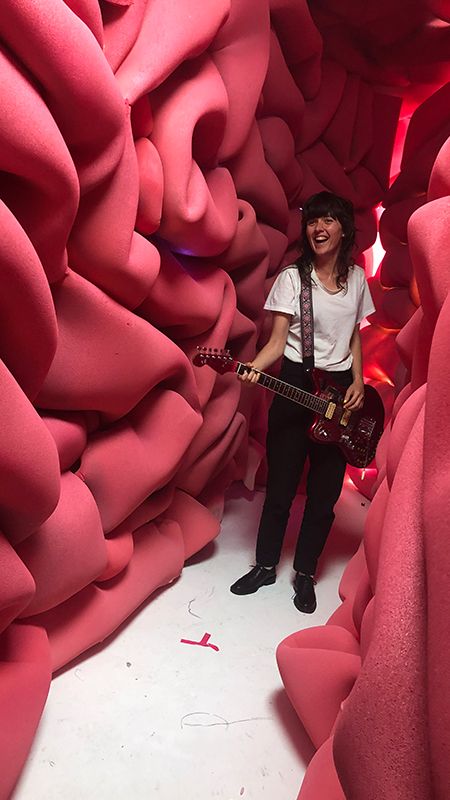 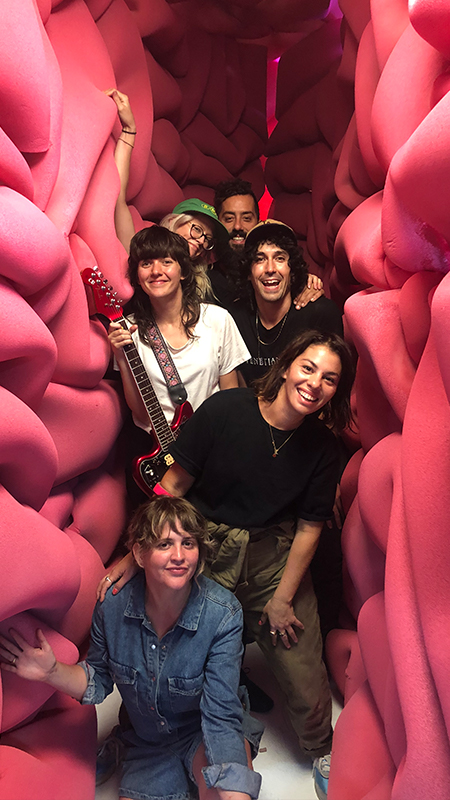 It feels a little weird to say the most endearing quality about a music video set inside a giant pulsating brain is the authenticity, but that absolutely is the case here. Cohen has taken that wonderful genuineness that exudes from Barnett and her music and matched it, both in presentation and the overall vibe of this video.

Here is the official video for “Everybody Here Hates You”