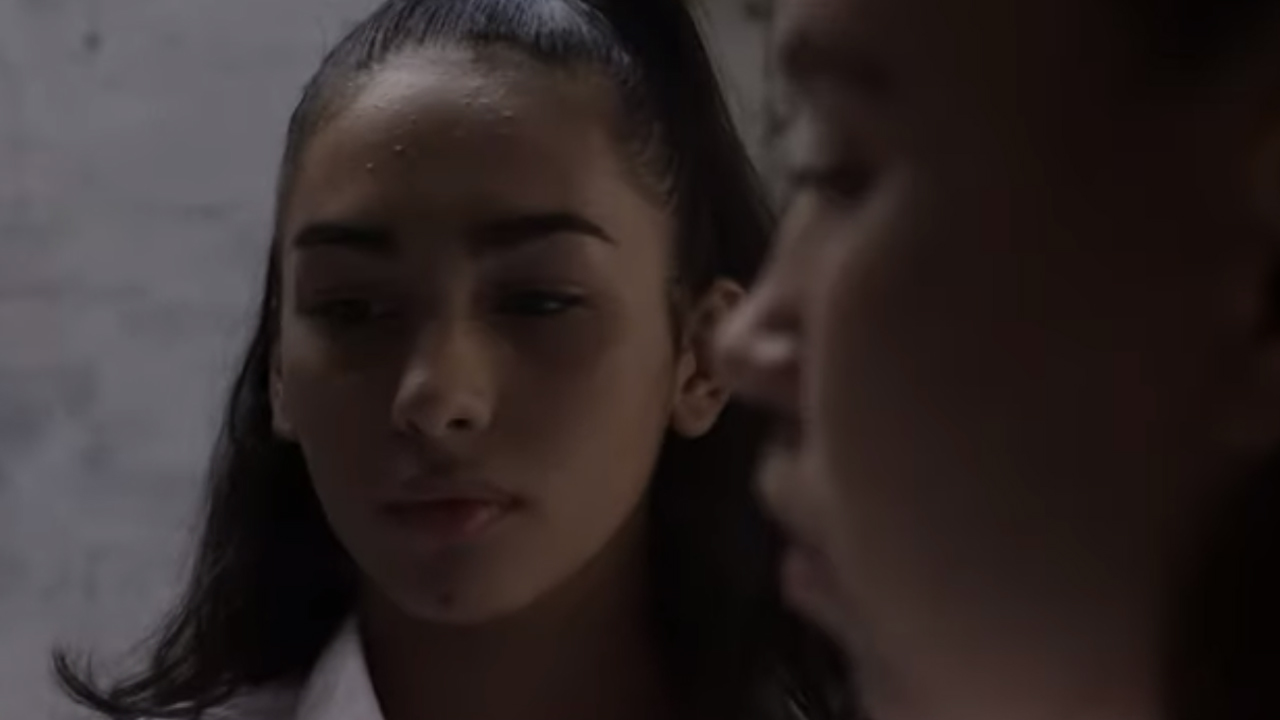 In nature, the lyrebird is known for two traits; its love of all things blue and its incredible ability to mimic the sounds of the strange and inspiring things that enter its world. It is in this ability that Blue Shivoo’s ‘Lyrebird’ finds it’s conceptual inspiration, and according to director Jamie Barry,  so does the song’s music video: “When we were coming up with the concept of the video I knew I had to talk it out with Matilda from Blue Shivoo who wrote the lyrics.” 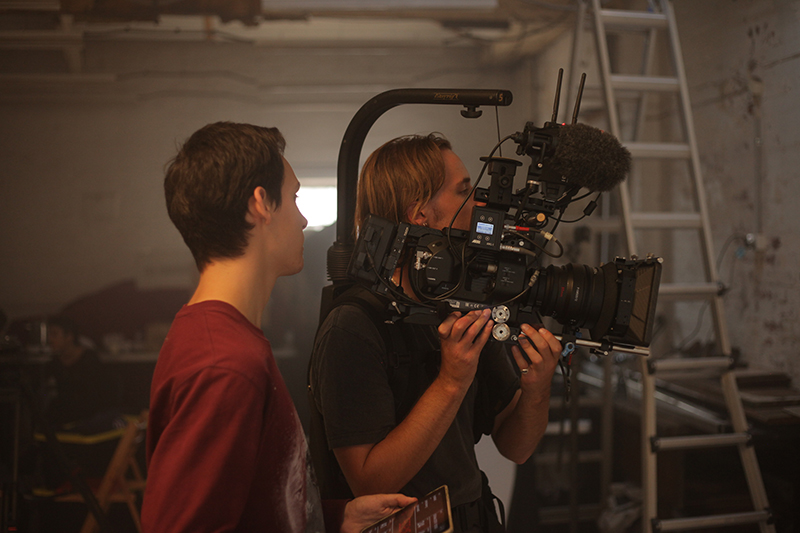 “She had a very clear idea of what the song meant to her and the story she wanted to tell. Inspiration had come from Matilda being mesmerised by another singer and the way she sung/wrote and conducted herself onstage. She was so intrigued by her and her individualism, that without realising it, had tried anyway she could to be just like her, imitating her in some respect.”

”She came to the understanding that she respected this girl for simply being who she was and not hiding behind a false front, a false front that Matilda felt she had been putting on to be like someone else. From that it had always felt like a visual dance piece to me, expressing a visual poetry of two dancers, one of which attentively copying and imitating the other. The use of blue had come from us knowing we wanted a progression in lighting with blue also being the back feathers of a lyrebird.” 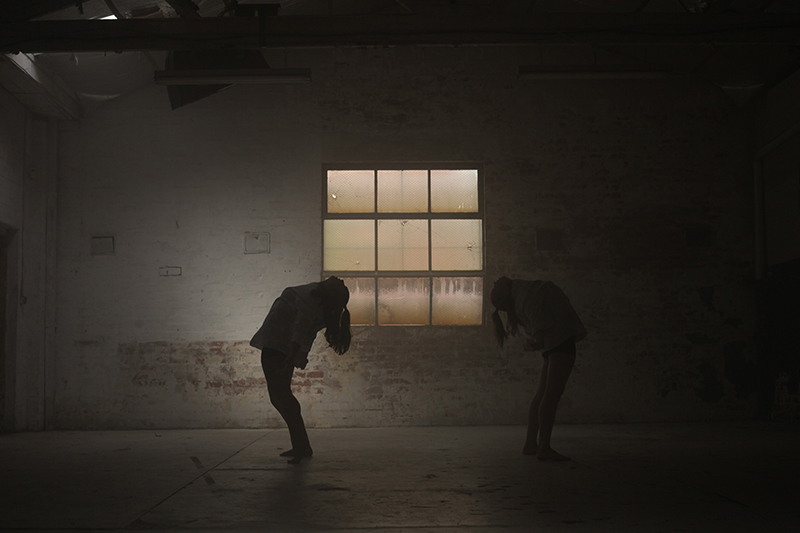 The subject of the video is a dancer who eagerly follows and imitates another dancer. Never in jest or ridicule, she is inspired by the other dancer and determined to capture what it is about her performance that she finds so engaging. The light jazzy feel of “Lyrebird”, with its ever-so-slightly obscure movements and wonderful uplifting chorus, really lends itself to a dance-focused video. As the lyrebird dancer’s movements become more closely matched to her muse, suddenly a new group of dancers enter the room. It is then that the protagonist comes to understand that what she loved about her inspiration was her individuality and as such she must make her own path.

On this choice of ending, Barry ruminates: “I knew at the end of the video I wanted the same realisation that Matilda would have had in her real life with that singer. The other imitators all coming in was to cement this realisation and sell the idea that if you’re trying to copy someone else and not be yourself, there’s sure to be others doing the exact same thing. When the follower begins to dance of her own accord, she’s putting the realisation into practice, for the first time, dancing how she wants to.” 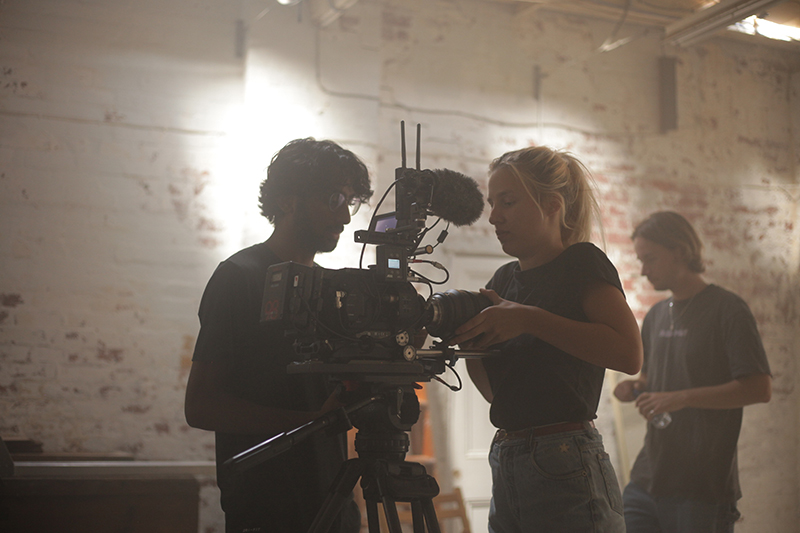 The nature of the dance video, especially one with a concept such as one dancer trying to follow another, really lends itself to a more relaxed edit, allowing the viewer time to absorb the movements of the dancers and the way they are interacting with each other. This was certainly a priority for Barry: “When it came to the edit, the lack of cuts allowed it to breath and make the narrative feel more present. We wanted to hold on performances and keep it slower paced because that to us was always going to be the best fit for the song. With us going slower paced at the beginning and holding on shots, it also meant we could increase the pace later on and really get across some feelings of confusion and being overwhelmed. We see this in the paint segment, but especially when the other imitators come in at the end. It felt like a neat progression for the video.” 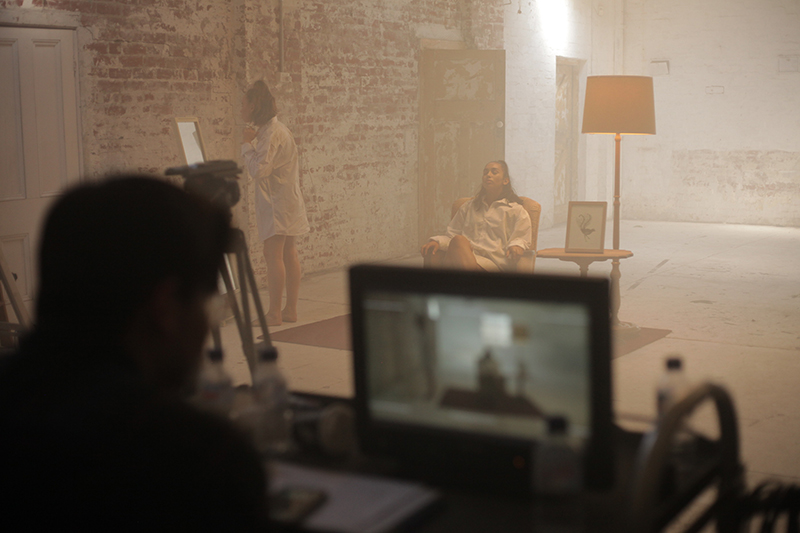 This progression, the way the story evolves and ramps up to its climax, is something Barry and his team certainly shone a light on, so to speak. Llighting is used through the video, both thematically and artistically, really gives the video’s concept colour and depth. From a solitary back lit window, to the dim yellow of a lamp, to the surrealist blue tones that envelope the dancers as the story progresses, the lighting evolves to match the evolution of the character and her understanding of the experience she is a part of.

Barry explains: “Going into this video we knew we always wanted to go from a more natural and realistic look and feel at the beginning to a more surreal feeling at the end. The warm light of the lamp was inviting for the follower, but when her own lamp can’t even turn on, she starts to get extremely confused and scrambling. The blue spotlight was our way of getting surreal, giving the dancers more of a stage lighting look, which differs a lot from the start. We always thought that would be really interesting. At the end of the video when the other imitators come in, there’s a lot of flickering going with the lights turning off and on. We wanted to represent the follower’s confusion, with the lights ultimately staying on when she starts dancing her own way, showing approval in her decision.” 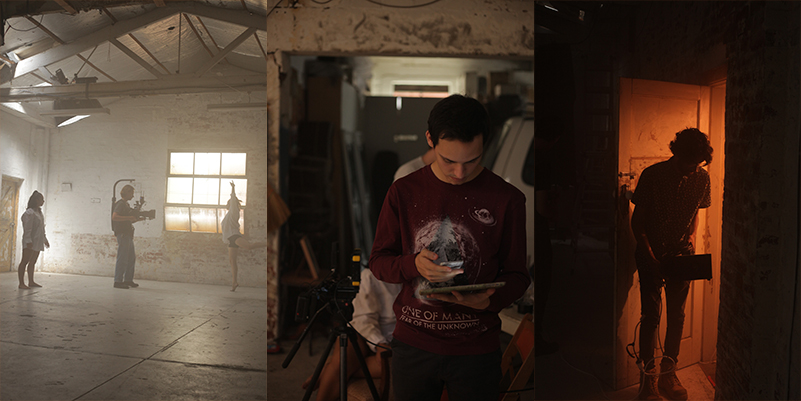 Jamie Barry and his team at Wakefield Film Co. have created such a wonderful, uplifting and creative accompaniment to ‘Lyrebird’. Drawing on the delightful meandering and intriguing nature of this free-form inspired song, and coupling that with an expressive dance concept would be a perfect match alone, but giving it that story progression that is enriched by the evolving aesthetic really caps off the whole experience.

Here is the official video for “Lyrebird”