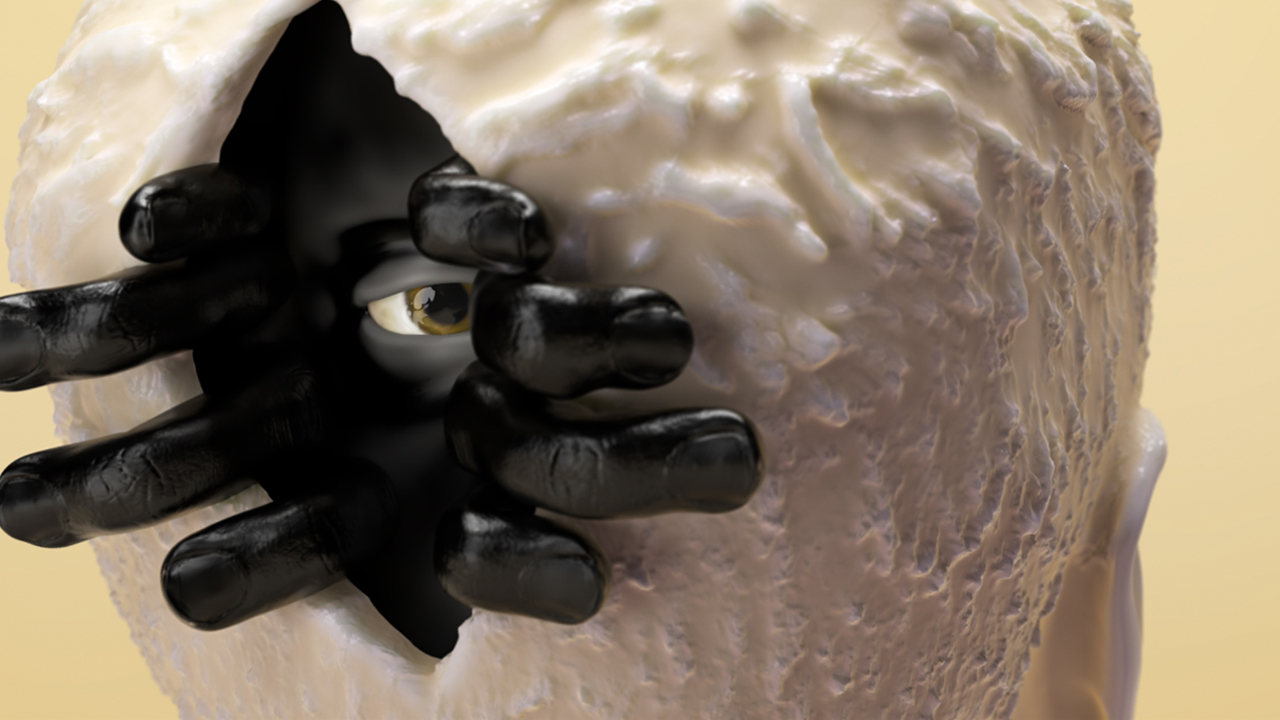 As Tool rose to fame in the mid 90’s audiences were totally captivated by their gloriously weird and unsettling music videos. Fast forward to 2019 and we’re there all over again with Bring Me The Horizon’s latest music video “Medicine”, created by Berlin CGI studio Extraweg.

Described by Director Oliver Latta as “a hypnotic and disturbing visual trip”, “Medicine” throws viewers into a troubling world of singing teeth and vomitorious (not a legitimate word unless you prescribe to Urban Dictionary) CGI ragdolls. CLIPPED.TV got in touch with the video’s Creative Director to seek insight into the concept and techniques used to create a full CGI music video.

The Extraweg team were able to make full use of graphics software Redshift, Cinema 4D and in particular the procedural-based 3D animation technology, Houdini, in order to render over 140 shots of simulations of spewing black ragdolls and constricting ropes. “Houdini a super powerful and exclusive 3D package which thanks to its procedural nature, it offers a very different approach to working with 3D compared to more traditional tools. Creating physical based effects is for sure one of its excels, it’s a software that gives us absolute control over every aspect of the scene at any point in time.”

To create a CGI Oli Sykes (BMTH’s lead singer) for the clip the team used a photogrammetry technique to generate the 3D model. Basically, scanning Sykes’ head, hands, upper body and numerous facial expressions, all of which were captured in his hometown in Sheffield. Lip synchronisation was then created in the studio in Berlin. Latta: “We used a special setup, doing the capturing here in our office in Berlin, something necessary to be able to react quickly to the band feedback on every production stage.”

As well as developing commercial videos for powerhouses like Vogue and MTV, Oliver Latta has an eclectic collection of artistic works on offer (check it out at extraweg.com/art), but Latta says it was the quest for something fresh which motivated the overall aesthetic of this video. “Our aim was to produce something new, unique and different. We wanted to create something provocative by merging the essence of the band and the style from Extraweg.”

Overall the Berlin team’s innovative use of procedural animation to create disturbing visuals gels well with “Medicine”. Could Oliver Latta be the next Adam Jones evolving from stop-motion to CG animation? From here it looks like “the pieces fit.”

Here is the official video for “Medicine“

Bring Me The HorizonFeatureMedicineOliver Latta