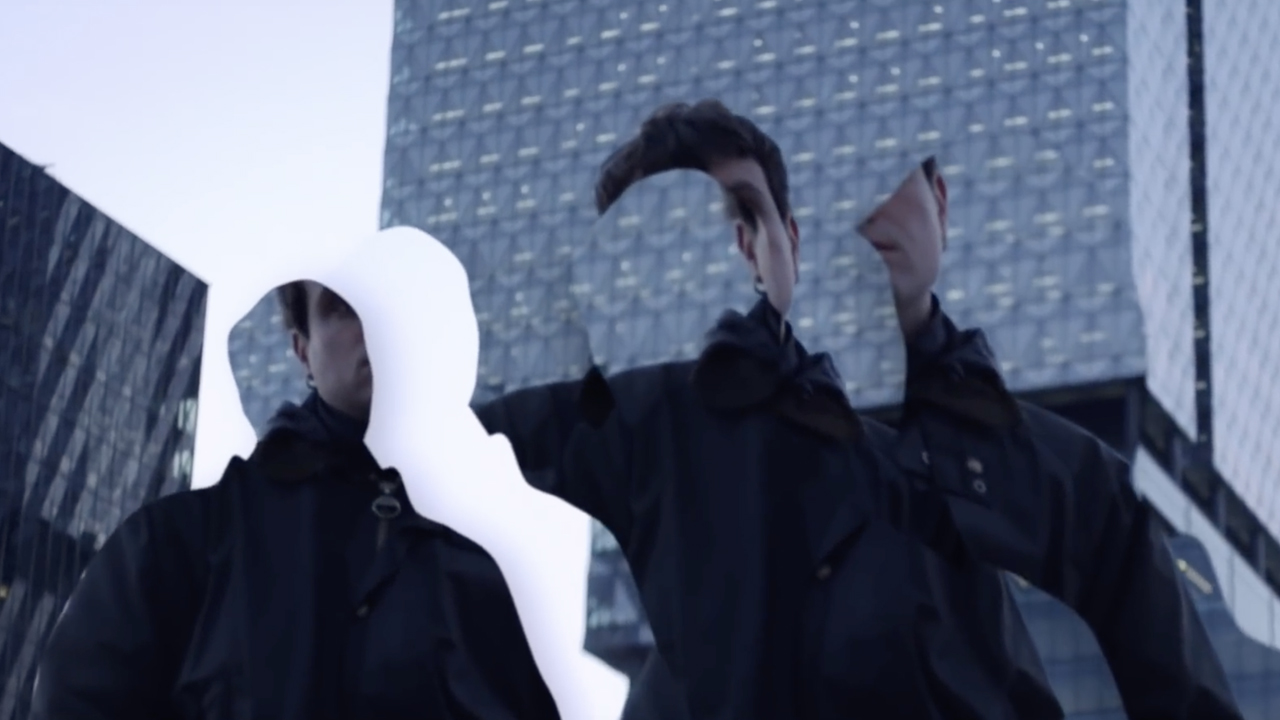 [dropcaps type=’normal’ font_size=’60’ color=’#ed145b’ background_color=” border_color=”]T[/dropcaps]ime & Money seeks to point out the choices we make in our lives and the time we have, without forgetting the magnitude of everything. Director Tristan Jalleh has once again stamped his signature style on this new video for DMA’S, using the juxtaposition of soothing and complex shots to recreate another mind-bending experience.

This is not the first time DMA’S have enlisted the directing skills of Jalleh. Back in 2015, he oversaw the direction of the video for ‘Lay Down’, and now with the release of what feels like the spiritual sequel, we asked Jalleh how much the band contributes to the conception of their music videos. “Much like our first video ‘Lay Down, it’s a collaborative process, everybody has input into the eventual product. The band is really open to creative concepts and the style of the effects, then we all come together in the end to shape the final edit.”

Although this is stylistically a fairly comfortable approach for Tristan, he mentioned that they faced some challenges regarding the on-set location, the weather and the sound recording. “This music video was a new challenge for me because it was my first location shoot, I normally work inside a controlled studio, where you don’t need to worry about daylight, weather, or all the unexpected things that can happen in a public space. Even simple things like trying to play the song while we’re filming was hard because the city noise totally drowned out our speakers. And on the day of the shoot we woke up to a rainstorm which made me pretty nervous. And for the lighting to be consistent it all had to happen within a few short hours.”

The video is set in a constantly shifting urban environment; an environment which dresses and wraps the band in their iconic Britpop-influenced aesthetics. “In terms of the location, a lot of the DMA’S music videos have a distinctly urban feel to them that reflects their music style, and the visual tones and palettes are often reminiscent of mid 90’s UK music video styles and themes, also referring to their music style, so I decided to keep running with that visual shorthand because it articulates the band’s overall vibe so efficiently.”

One primordial factor from Tristan’s perspective is the need of the music video to create a connection between the band and the audience, thus the reason why he carefully curated the location but not so much the direction of the band. “I don’t try to direct or manage the band’s performance in the videos because I feel it’s important for them to be themselves, the video should be a snapshot of who they are and where they’re at, for the fans to connect.”

The location mixed with the visual effects immerses us in this world of roads merging and diverging, of lead singers staring stoically at the falling of buildings, everything indicating the presence of an underlying deeper meaning to the music video. Jalleh continues, “Time and money are simultaneously grounded and abstract in the way that we all live and die by them, but philosophically speaking the world has a complex and constantly shifting relationship to ‘time’ and ‘money’. So, the urban infrastructure element describes the grounded aspects and the special effects represent the abstract. I wanted to create a backdrop to inspire viewers to contemplate the themes on both levels, using imagery of common roads and buildings warping, duplicating and fragmenting as a metaphorical bridge from every day to abstract thoughts. In each shot the effects try to deconstruct the frame, or the fabric of time itself, so the original shots and settings needed to be very grounded, realistic and non-abstract in contrast to the disorientation caused by the FX.”

The video is packed with both soothing and discomforting special effects which can induce us into certain feelings and more importantly, completely captivate us within the video.

All in all, Tristan Jalleh’s work matches perfectly with the style and the music of DMA’S, delivering a video which is emotionally strong and really appealing for the viewer. What begins as watching a music video eventually ends up something more resembling a work of art, culminating with the closing shot of roads converging and expanding endlessly, much in the same way that the directions of our lives do.

Here is the official video for “Time And Money”