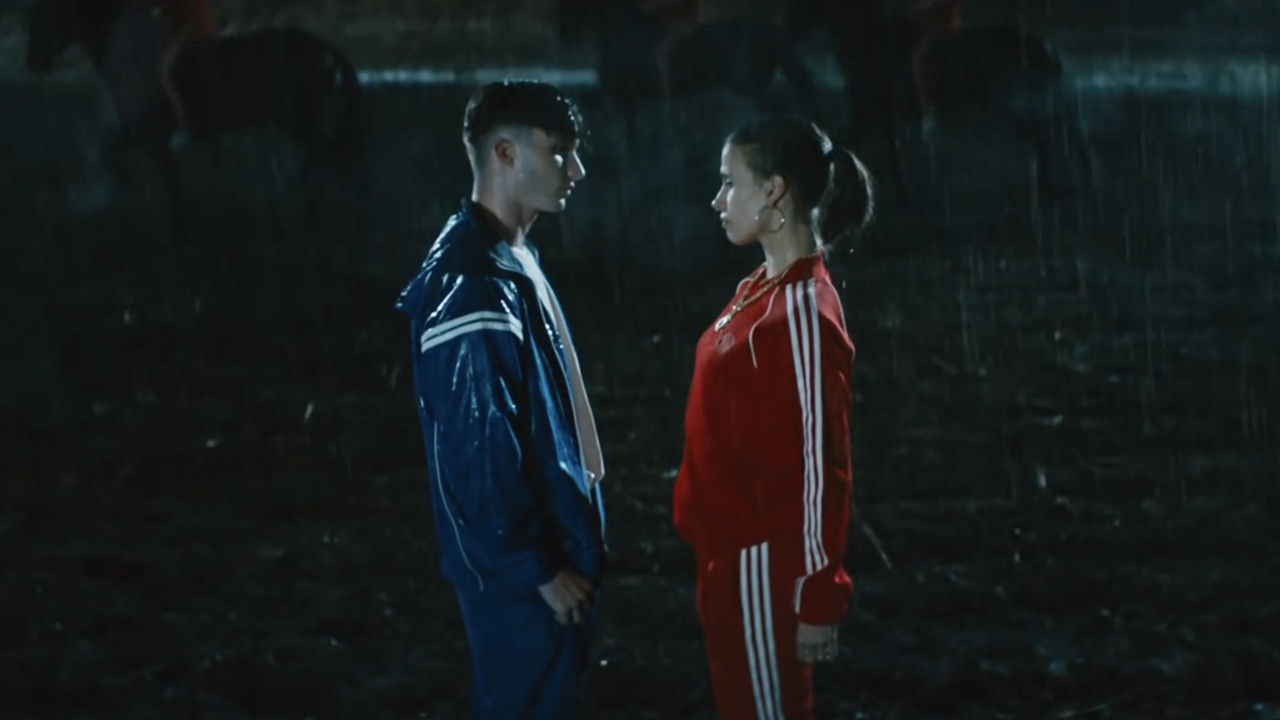 [dropcaps type=’normal’ font_size=’60’ color=’#ed145b’ background_color=” border_color=”]T[/dropcaps]he latest in a long list of music video collaborations between Calvin Harris and director Emil Nava depicts a man who feels trapped by the constraints of the modern world, longing for the freedom and simplicity of nature.

In a world where, as a society, we continue to move further and further away from a traditional and naturalistic lifestyle, Nava sought to remind people that the opportunity to decompress and refresh is really not that far away. “We can get lost in our lives and in our worlds, but the idea is to remember that we can escape to the purity of nature, which is so close, and we can clear our heads. The most simple call of the video is to get back to nature.”

Nava continues, “The whole video is about that feeling of getting away, of escaping, of going to a happier place, wherever that happy place is for you. In the film, nature is symbolic and the idea that whatever happens, you can just run away from it all, delve into your mind and just delve into nature and the world.” 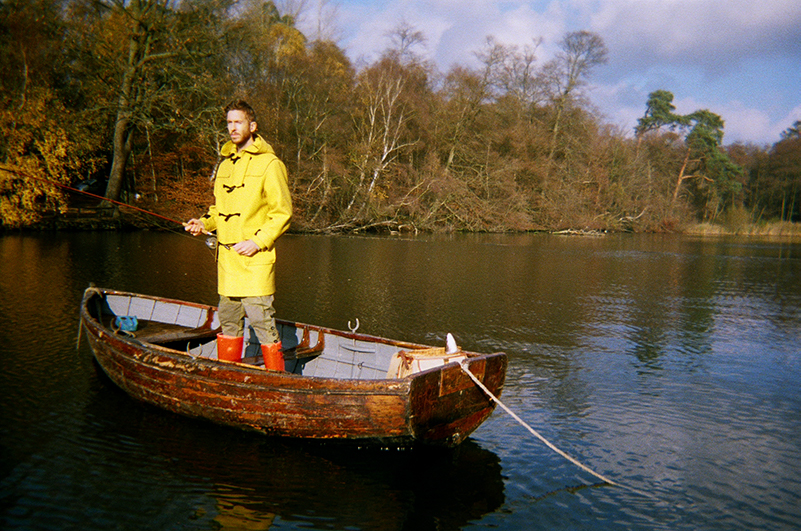 This dichotomy of worlds is so clearly represented in the video by Nava, his crew and the Ammolite creative team, spearheaded by Chloe Hughes. We see our protagonist struggling to maintain balance and reason in the drab and overwhelming confines of the city. Meanwhile, we are given glimpses of Calvin Harris, resplendent in a bright yellow coat, enjoying the lush, vibrant and life-giving surroundings of the forest.

When the protagonist is in the city, he is filmed in tight choking shots, punctuated with quick and at times almost paranoid editing. By comparison, the forest is represented in wide sweeping shots, full of life, space and freedom. Even once the protagonist reaches the forest, there is an immense feeling of relief and expanse in the way he is portrayed through the camera and the editing.

On this approach, Nava says, “Our amazing DOP, Felix (Wiedemann), who comes from a very film-narrative background, was a big leader in pushing this look. We wanted the city and real world to feel claustrophobic, heavy and intense. Then we wanted the feeling of pure, wide escapism when you hit the nature.” 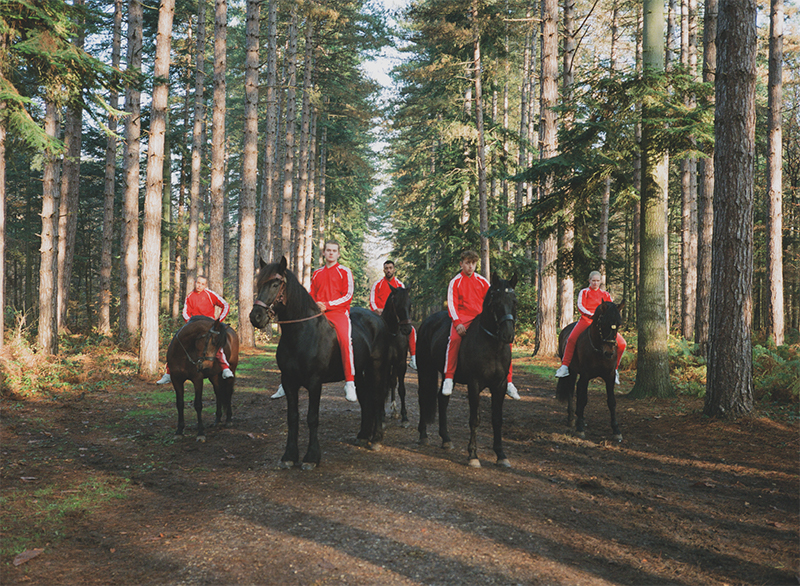 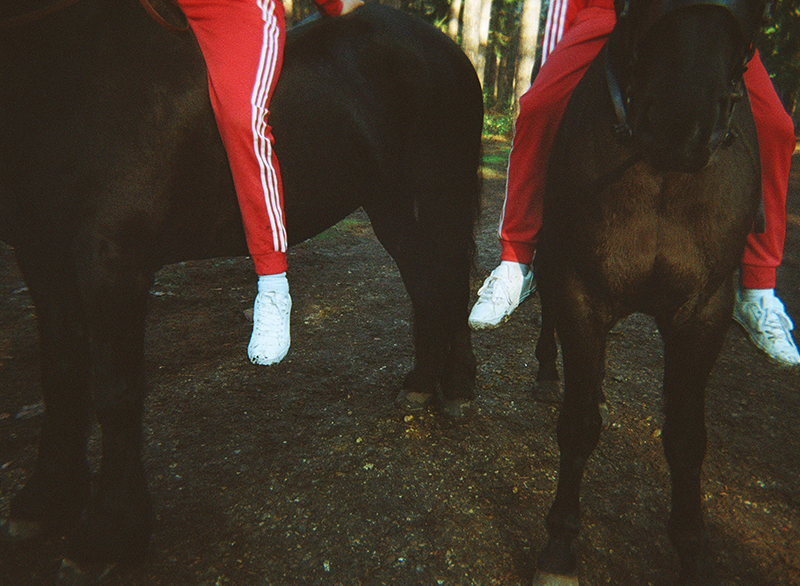 This effect is accentuated by the use of wardrobe throughout the video. Harris’ aforementioned beaming beacon of a yellow coat, along with his other fantastic outfits, are just one aspect of this. The protagonist is also depicted in a bold blue Adidas tracksuit, which makes him stand out against his washed out, grey city surroundings. As he looks to make his escape into the woods, he is chased by a mob of red-tracksuited pursuers, showing the difference between the characters while also hinting at their similarities.

Wardrobe was a real focus for Emil Nava and his production team coming into the video. “For the wardrobe, we wanted to create really standout feelings for our characters. We wanted them to feel like heroes in their normal world and give them this elevated stature in the middle of all the normalities of life.”

This hero status is underscored in the climax of the video, when the protagonist leads his would-be captors into a clearing, where, urged on by the presence of their musical guide in Rag’n’Bone Man, the protagonist begins to dance. His unbridled enthusiasm infects his chasers and soon they are experiencing the euphoria of freedom through dance along with him. Perhaps they were not looking to drag him back to the city, perhaps they were also just searching for the escape. 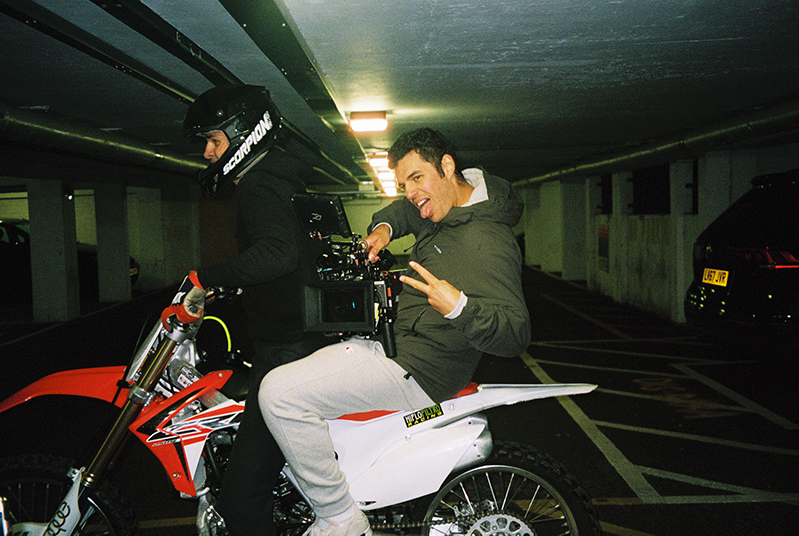 With already so many successful collaborations under their belts, it’s no surprise that this team of Emil Nava and Calvin Harris have again struck gold. Nava puts this down to the familiarity they have with each other as artists and the way the two push each other forward. “I have such a clear understanding of what he (Harris) likes and of his kind of visual journey. When I do a pitch on a music video for another artist, the thing they will say straight away is “We don’t want to do anything that we’ve done before.” Sometimes that means I have to watch 10 or 20 videos of an artist, to get familiar with what they’ve done. With Calvin, we’re on our 20th video together, so I know the back story of the visuals. I really have to push myself on the ideas for Calvin to create something not only unique for him but also just unique. He really pushes me, trusts me and gives me space as much as he trusts me to deliver.”

Not only does this creative relationship between Nava and Harris continue to produce results, it also perfectly illustrates the message of this video. Though it is easy to find ourselves bogged down by the drudgery of the modern world, great things can happen when we are allowed the freedom to express ourselves.

Here is the official video for “Giant”