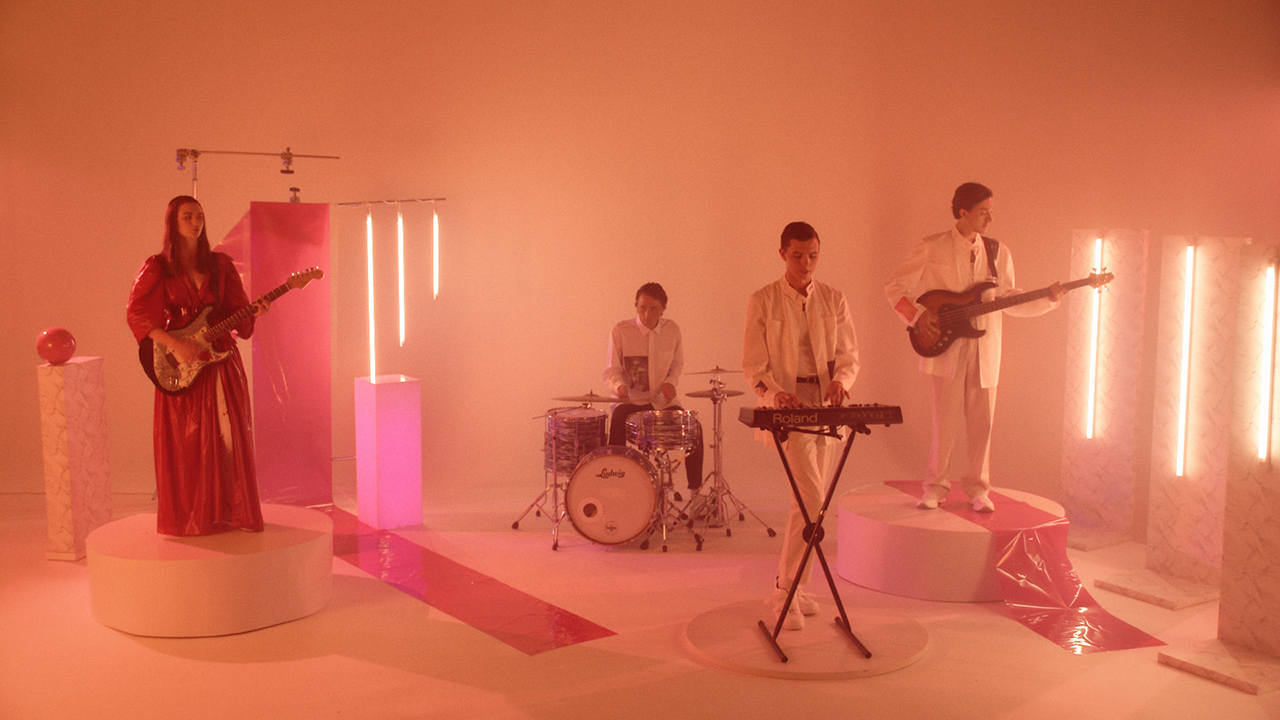 Alexandra Kirwood and Stanton Cornish Ward, collectively known as collaborative powerhouse Hiball, train their crosshairs on the façade of product photography and advertising in their new video for “Sweet Talking” by Mosquito Coast.

Given their backgrounds in the fashion industry, it comes as no surprise that the “Sweet Talking” video is delivered by Hiball with a sleek and design-focused approach normally reserved for the runway. Particularly in the dress and aesthetic of the band members of Mosquito Coast, which harken back to new modern stylings of post-punk bands of the 80s.

We spoke to Hiball about these aesthetic choices on “Sweet Talking”.

“We both come from fashion backgrounds so attention to detail and considered styling is very important to us. Working on a music video that doesn’t follow a narrative based story line means you need a strong aesthetic element to really tie it all together. In terms of fashion styling we were looking at bands such as Yellow Magic Orchestra, Telex, Sandii and the Sunsetz – that very 80’s future-focused and highly uniform look.” 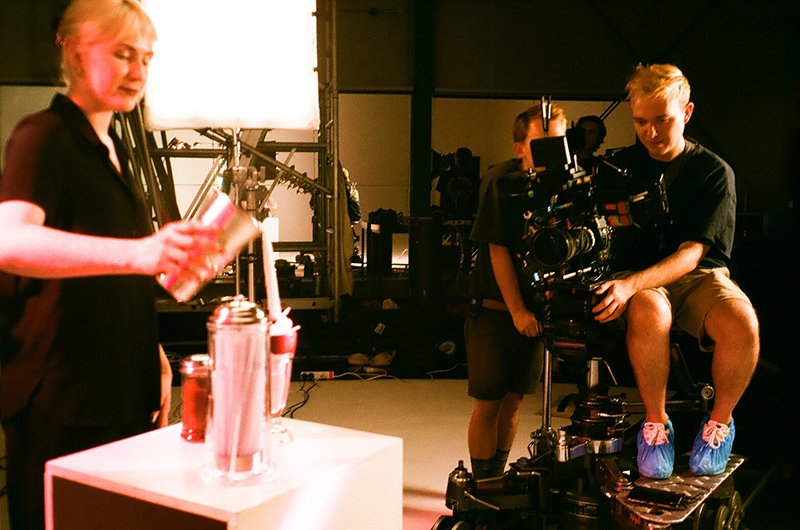 “For the band we customized white uniforms with found images from 1980s publications and magazines and turned them into digital prints. For Naomi (Robinson, guitar/vocals), we borrowed a piece from Bridget Petry’s RMIT Graduate collection, which was almost like a Wuthering Heights-esque dress made out of a plastic fabric, as well as a corset that was worn under a faux gold leather two piece we sourced.”

This precise presentation of the band is mirrored through the simplified and uncomplicated set design, all of which feed into the driving post-punk energy of Mosquito Coast and “Sweet Talking”. The whole video is bathed in these warm and vibrant peach and pink tones, which may feel in contrast to the usual post-punk ultra-modern aesthetic, but actually smother the video in this really interesting almost saccharine overtone. 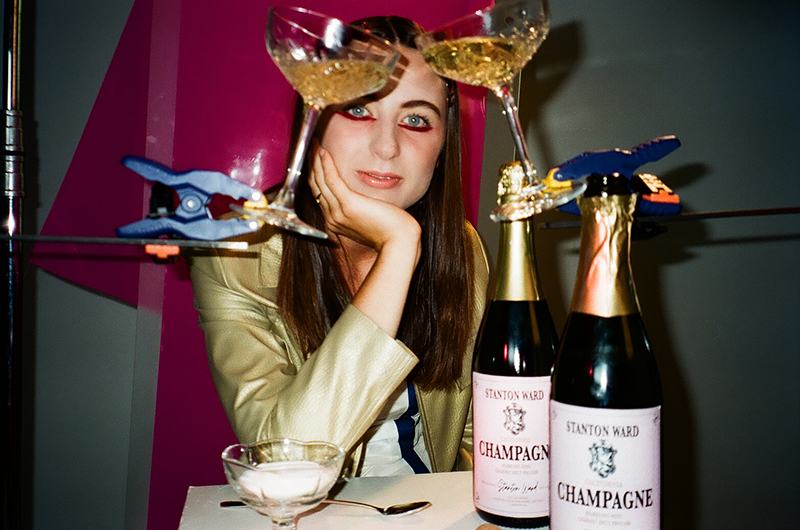 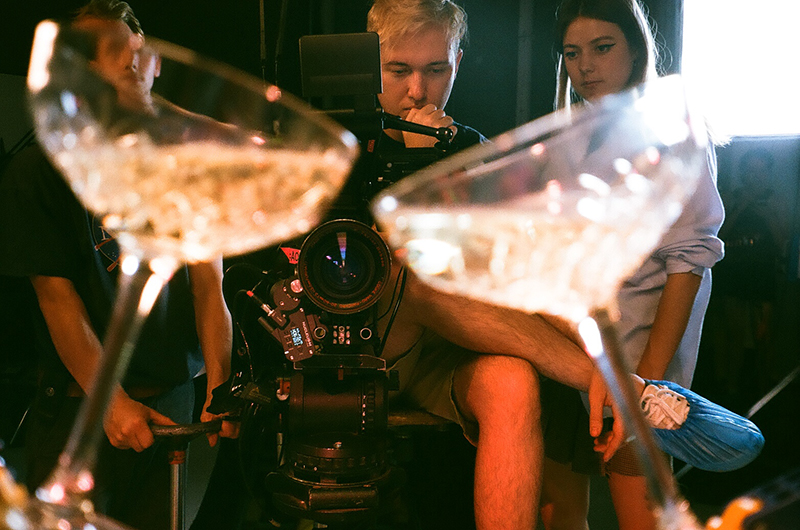 “We were inspired by new wave music videos from bands such as The Thompson Twins however we wanted to give it this warm, sugary sweet atmosphere, which we achieved through orange and pink lighting, and a lot of haze. Our colourist Abe Wynen really helped push those tones in the grade.”

On the minimalist and uncluttered set design, Hiball continue, “The brief we gave to our production designer, Alexandra McCloud-Gibson, featured a lot of tactile textures, from shiny plastics to marble as well as multiple levelled platforms. Unfortunately, we completely underestimated Conor (Barton, keys/vocals)’s height and had to lose one on the day.” 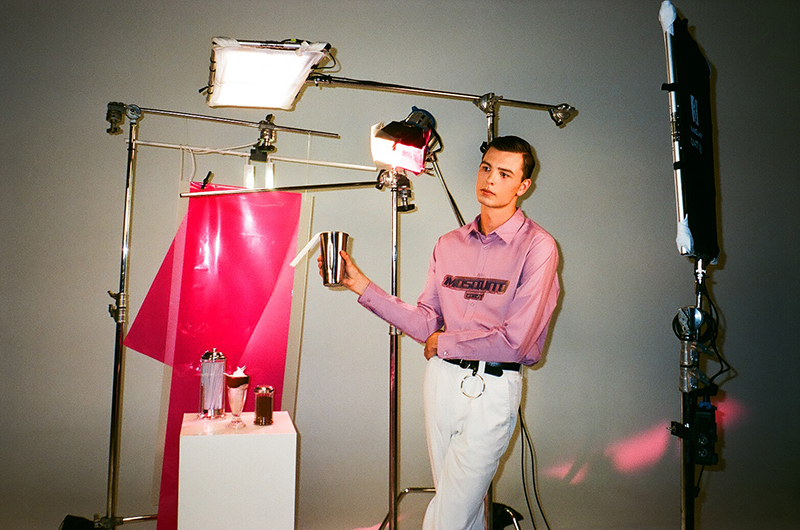 Throughout “Sweet Talking” we see product shots of desserts and drinks, depicted as they would be in advertising. Then gradually the façade is pulled away and the true manufactured nature of the photos is revealed. This theme ties the video together with a message about the fake nature of advertising and how far people will go to sugar-coat reality.

“We were originally inspired by the commercial food photography of the late 20th century and the lengths food stylists went to make food appear more desirable, often replacing entire ingredients with household items or industrial products. The artifice of these set-ups was to allude to the song’s title and core subject – the idea of being ‘sweet-talked’ to. For this clip we were really lucky to have Alexandra McCloud-Gibson on production design, who got a few of the props made in resin and wax (such as the milkshake and ice cream), and was responsible for taking our brief for the set and turning it into something really spectacular.”

This overall sense of insincerity is echoed in the way Mosquito Coast are shot. Band members never make eye contact with the camera, even when depicted amongst the advertising setups. It’s a really interesting approach and creates a distance between the band and the subject matter. 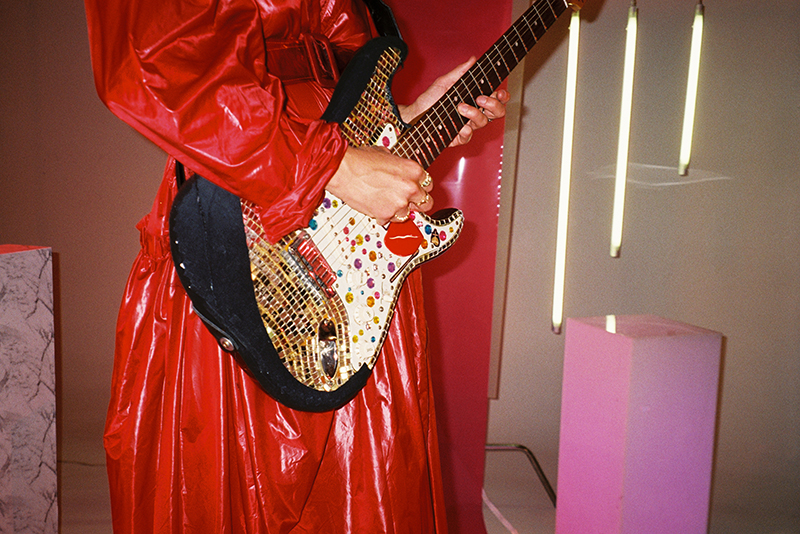 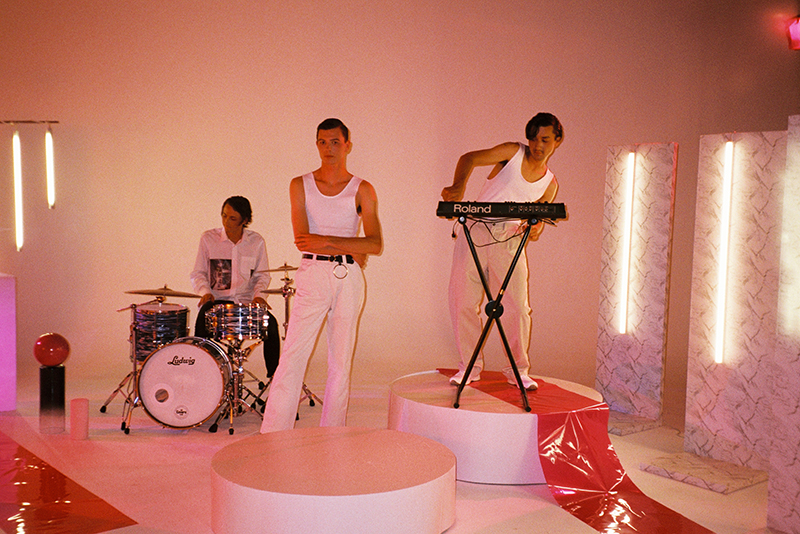 “We were trying to create this sense of boredom and repetition for the product shots that is reflective of being on set trying to perfect something over and over and over. We were looking at a lot of new wave video clips set in studios from the 1980’s for the basis of this clip. We really enjoyed how often there was a disconnect between the band and the scenarios surrounding them, things are just sort of happening around them and the band just keeps playing.”

Predominantly presented in long sweeping shots with minimalist editing, this also feeds into the desired effect, enhancing the driving nature of the song and the performance. This was a directive that acted as a prolongation for the directors, having adopted the same approach when previously shooting Mosquito Coast. 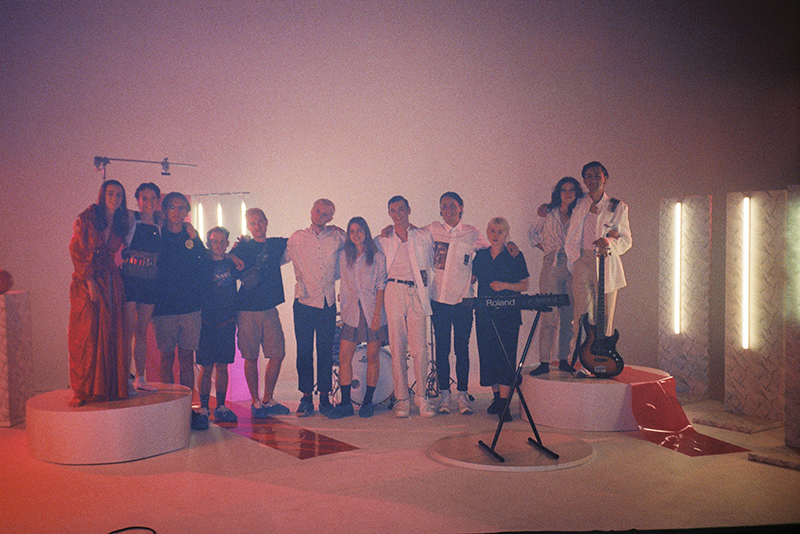 “We wanted to continue the same energy with Mosquito Coast we had in the last video we did for their previous single ‘Skipping Girl’ which featured a lot of slow pull outs and posed situations/ tableaux. Although the concepts for both videos were different, we wanted the style of shooting to have similarities that we then built upon in ‘Sweet Talking’. We worked with Jesse Gohier-Fleet on both clips, who is a gun D.O.P and really is fantastic at taking our concepts and long list of references and translating them into solid visual works.”

The added mini-narrative of the faked product shots brings a really important dimension to this video, both in its interpretation of the lyrics of “Sweet Talking” and in the way it ties together the performance shots of the band. However, it is the care given to executing the aesthetic on this video that is where the true value lies. The experience brought by Kirwood and Cornish Ward from their work in the fashion industry both adds a very interesting perspective on advertising and staging, while also presenting the video with an undeniable gloss of overwhelming coolness and style.

Here is the official video for “Sweet Talking”