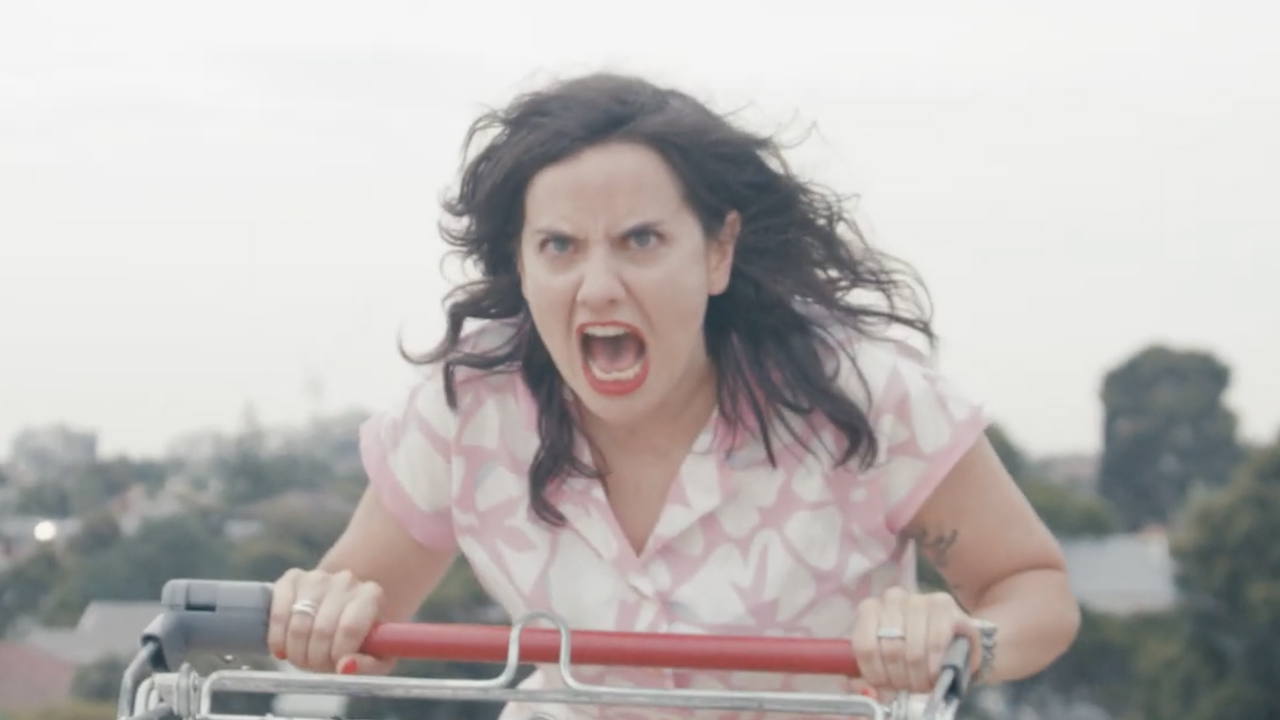 Director Nick Mckk continues his near-domination of the Australian indie music video scene with “The Creeps”, a film clip which sees Laura Imbruglia going on an almost Falling Down-esque tirade through suburban Melbourne. Only in place of an arrangement of particularly menacing firearms, Imbruglia is armed with a humble shopping trolley.

When Imbruglia came to Mckk with the nucleus of a concept involving her storming around a carpark with a shopping trolley, it was an organic evolution for the both of them to end up with this fleshed out concept involving Imbruglia taking her frustrations out on innocent bystanders. Mckk says, “Laura and I share quite similar ideas of what is funny, so when we inevitably had to leave the carpark it evolved pretty naturally to having other people to rage against.”

“The Creeps” lyrically details the frustrations of constantly having to share the world with somebody you have a murky history with. That may be putting it lightly, as there is real venom and vexation in Imbruglia’s delivery. This, combined with the driving musical nature of the song makes the whole stomping shopping trolley frenzy feel like a perfect fit. 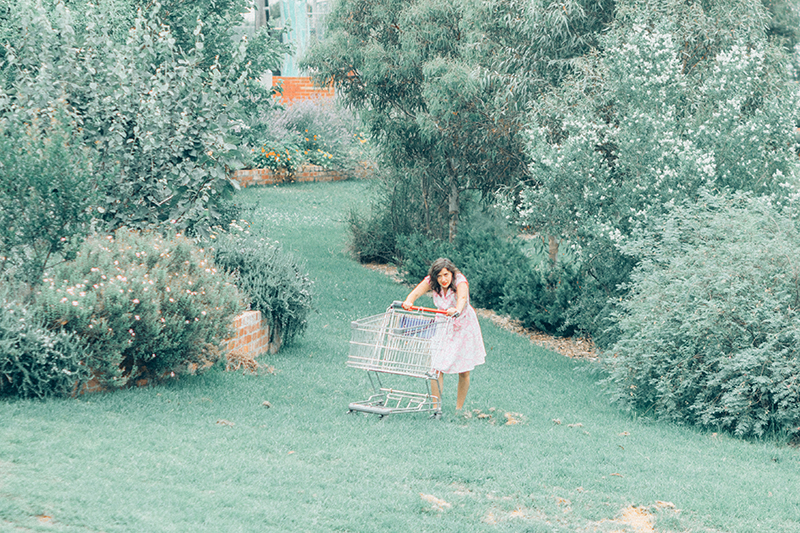 Imbruglia’s delivery of this character pushed to her limits is so enjoyable. Her commitment to the rage is outstanding and delivered with such abandon that all of the encounters she has with people feel real and almost improvised. On this Nick Mckk says, “Most of my videos have an improvised element, because the people I shoot with are amazing performers. It’d be silly not to tap into that. That said, every scene was set up and directed to a point.”

This, pardon the paradox, controlled improvisation approach extends to the way Nick Mckk directs as well. With the video mainly composed of spectator-like, almost cinema verite style shots, cut between intense and personal to-camera shots of Imbruglia, Mckk drew inspiration from a couple of the most important form-breaking sitcoms to have come out in recent years. 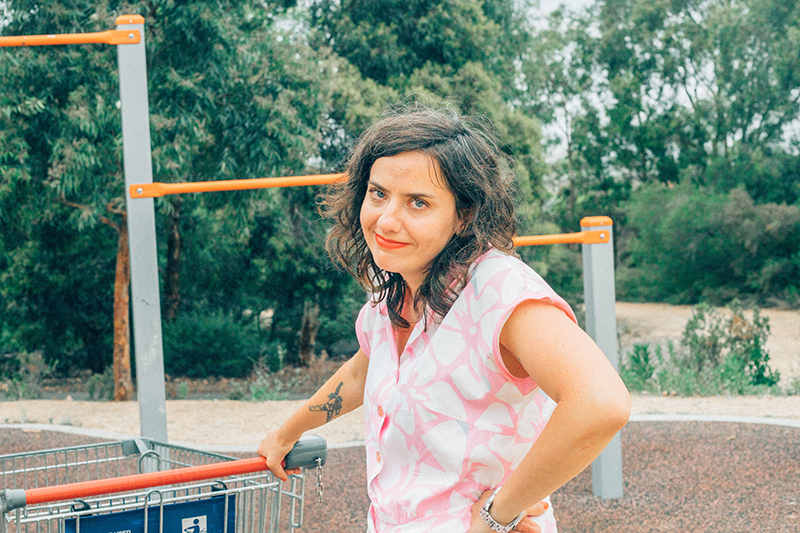 “A big influence on some of my latest videos is The Office. There are so many elements to draw from it, be it playing with the 4th wall, crash zooms, framing the action as if you were someone walking past a scene (I think a lot of the office was shot through a window from another cubicle). I think that these shots just hold a lot more interest to me than the more ‘set up’ shots. It also allows the artist etc to move about naturally and be in character, knowing that there aren’t any solid marks they have to stay in, or directions to look.”

Mckk continues, “The close shots was trying to then put you in Laura’s shoes, before giving context to yelling at the man on the bench. That’s a ‘Peep Show’ reference, an English show which I think used head cams to put you in the opposing characters point of view.” 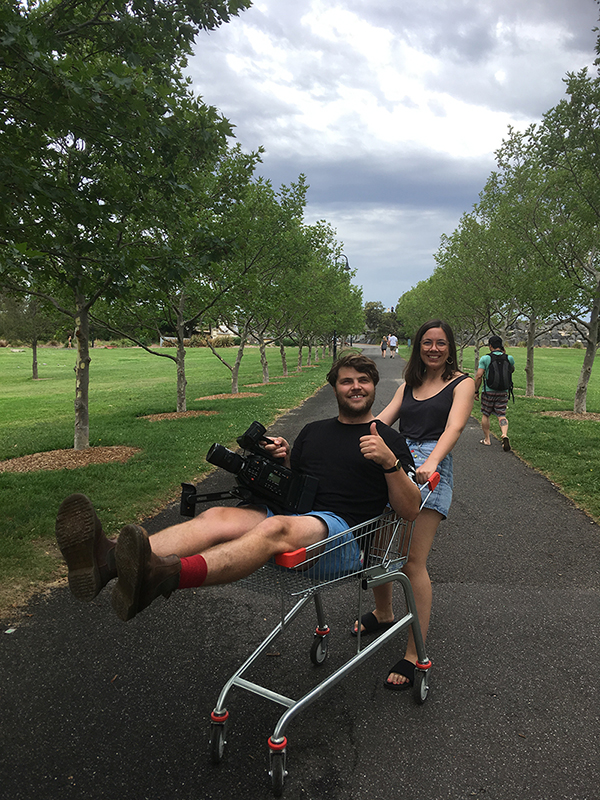 Imbruglia’s only relief comes when she finally meets up with her bandmates at the top of the hill and her rampaging becomes less-destructive and more cathartic. Mckk felt the need to bring some closure to this story and as such, the climax of the video came quite naturally. “I think music videos work best when they amplify parts of our lives, past their real realities. You can work on these hyper real plains to really hammer home a character or story. Michel Gondry does that, plays with what is real, and I love him. In that context, I feel like Laura joining her mates was the very natural way to end what was a pretty ridiculous day.”

This expansion-on-the-real approach serves as the perfect accompaniment to “The Creeps”, a song so brutally honest in its delivery. While the video takes a more comic look at letting our rage out, it is delivered in such an authentic way that it is extremely relatable and the viewer can’t help but experience every pounding step of this powerful and cleansing exorcism along with Imbruglia.

Here is the official video for “The Creeps“