When asked about the concepts and meanings behind animation outfit Double Ninja’s third collaboration with French act Caravan Palace, the clip’s Producer Thomas Vernay replied: “There is a lot of talk about the relationship with the other person, abroad. Sexual desire, mating and femininity. For “Miracle” we wanted a particular setting, we absolutely wanted an Aztec temple, something quite mystical.” 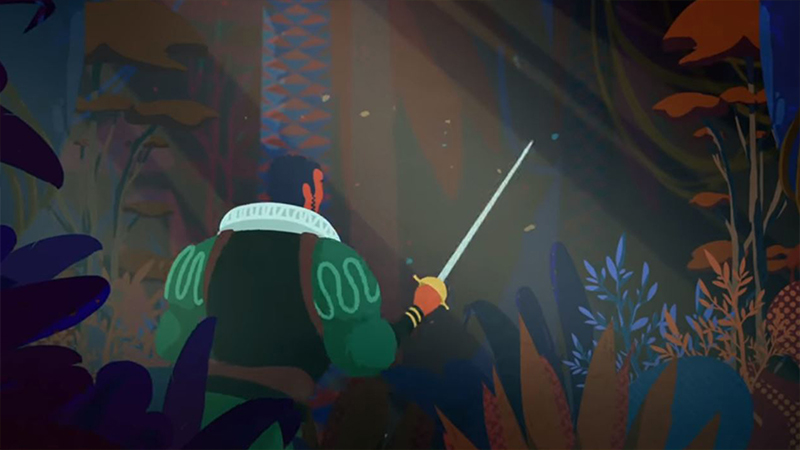 Vernay and his team sought to create contrast to the popularised animated hero narrative as well as social commentary on the way women are portrayed in widespread media. “We wanted a world dominated by women where the man would have become a simple object, allowing the mechanism of something. We tend to hyper-sexualize women in our videos, it’s our way of talking about their constant sexualisation in the media, commercials, children’s stories, etc. Here we clearly wanted to play on the clichés of the “wild” woman and the “civilized man”. In the end, we will see that these women were much more evolved than the man, who is ultimately only a simple body shell.”

After their clip for “Swear Words” by Kids & Explosions was selected for SXSW, Vernay and his crew shifted their focus to the music video medium, giving birth to Double Ninja. Their success subsequently lead them to be noticed by Warner Brothers Records. “That’s how we made two music videos for Mystery Skulls, which have been selected in a lot of music video festivals.” Vernay continues: “In the meantime we met Caravan Palace who wanted a music video. They gave us a total carte blanche and since then the collaboration has never stopped.” 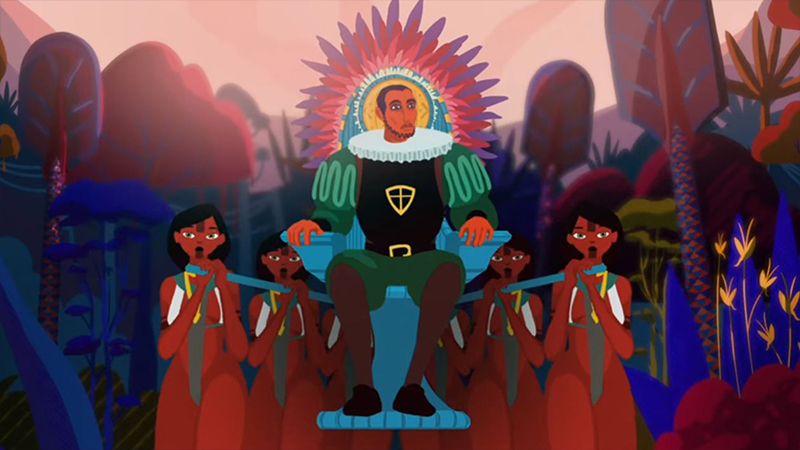 Double Ninja have previously produced two beautifully stylised music videos for Caravan Palace, “Lone Digger” and “Wonderland”, directed by Kevin Phung. Three years down the track and Double Ninja did not hesitate at all in accepting another opportunity to work with the band. “The process remaining the same, we could really do what we wanted. Caravan Palace are great for that, they trust us completely and we manage to find a beautiful artistic symbiosis with them.” Combining classic compositions with vibrant set designs “Miracle” gives the viewer a strong storybook feel, like a modern version of Disney’s “The Jungle Book”.

Choosing to step away from some of the trappings of modern animation tools, Vernay discusses the initial concepts and overall development of the clip: “In terms of artistic direction, with Mathias (Lemaitre Sgard – Project manager, character designer, animator) we wanted to emphasize the sets, that everything be majestic. Animation is a bit overshadowed, we wanted to focus on illustration first and foremost.” 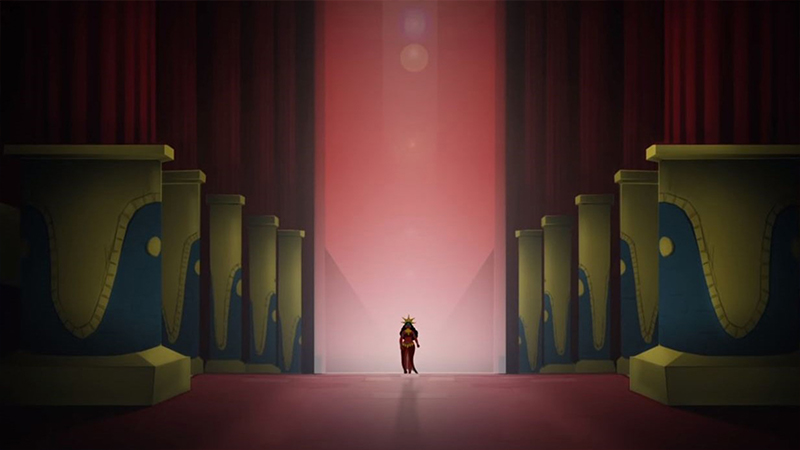 Vernay continues: “There is often a tendency, in terms of staging, to favour slow or fixed shots. We make an animated music video as we would make it with a film crew. Currently, animation allows you to go where you want but personally, we don’t find it interesting to make the camera fly in all directions. It’s often a constraint that we set ourselves: thinking that a shot could have been filmed in person. We really want to thank the team of illustrators and animators who were really great”.

Successfully sowing another seed into Double Ninja’s rising portfolio “Miracle” demonstrates the power of having strong artistic direction and a well thought out narrative, executed by a talented collaborative team of artists.

Here is the official video for “Miracle“