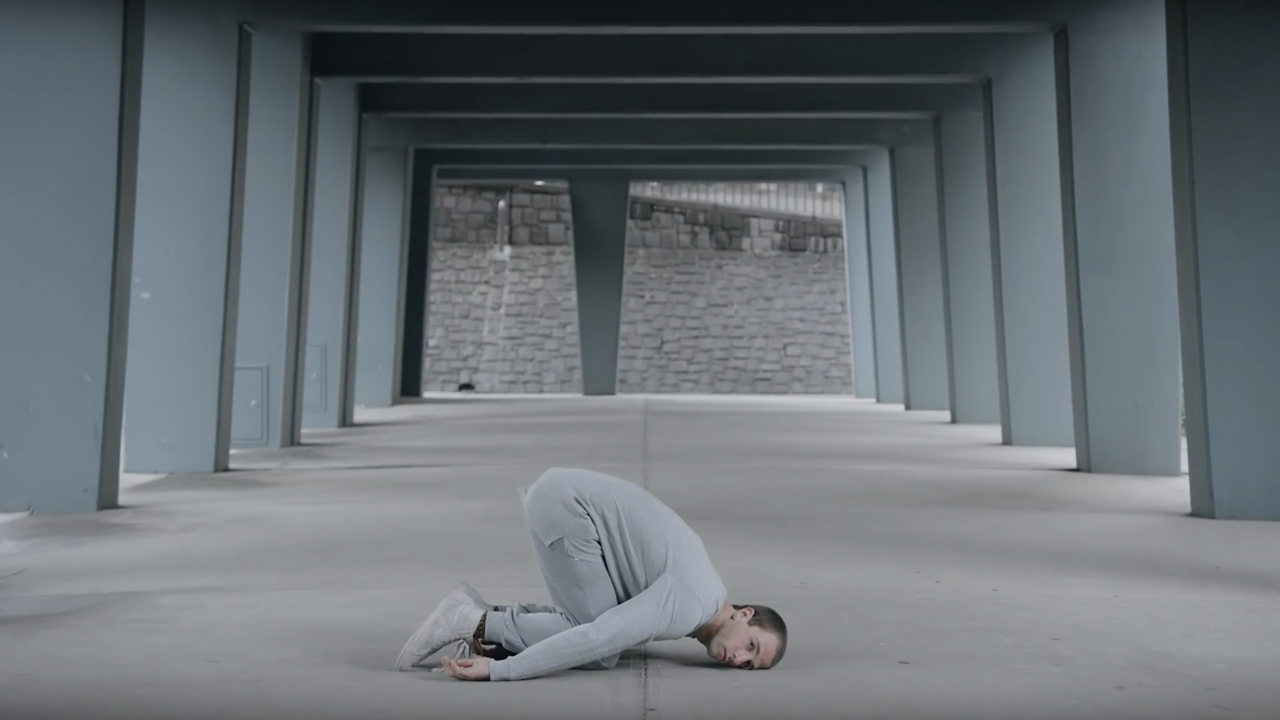 [dropcaps type=’normal’ font_size=’60’ color=’#ed145b’ background_color=” border_color=”]I[/dropcaps]n “Blood”, Morgan Bain delves into the complexity of his relationship with a family member, the enforced closeness of relatives contrasted against the true distance that exists between them as people.

When director Annelise Hickey came on board for the visuals, the last thing she wanted to do was take any of the focus off the heart of the song. “The track carries a lot of weight; not only in its lyrical meaning but in the way Morgan sings it, and being paired with slow paced drums and guitar. Morgan had explained to me early on that the song was written in reference to his relationship with a family member. It felt silly to dream of competing with lyrics, so, it was really important to steer away from that raw emotion and create a visual piece that allowed the track to breathe on its own.” 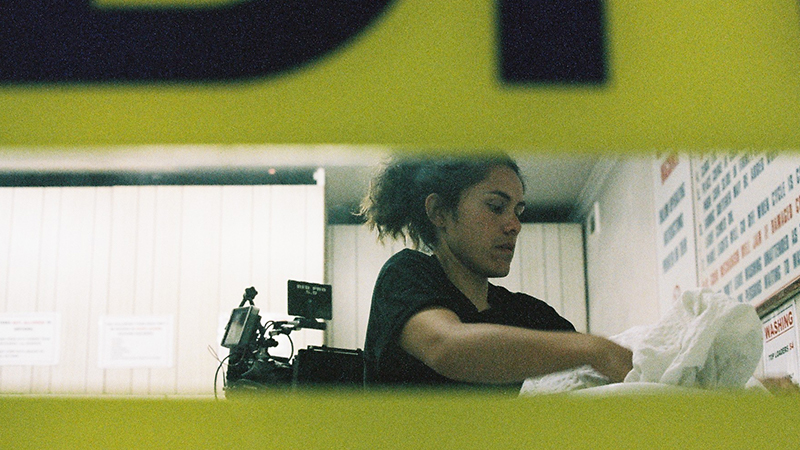 The resulting video is an exploration of stillness centred around a lifeless Morgan Bain, left in a state of absolute immobility by the emotional numbness that can follow trauma and introspection. As passers-by find Bain, like a piece of furniture or a statuesque decoration, they begin to play with him and mould him in futile attempts to understand him.

Hickey explains: “The idea initially centred around Morgan being emotionless / motionless / lifeless and used as a prop for these other characters to “play” with. His body has been totally sapped dry of any energy and human emotion. A numbed state you might find yourself in after experiencing something heavy. It then evolved into this piece that created different shapes and forms using Morgan as a prop in an art piece.” 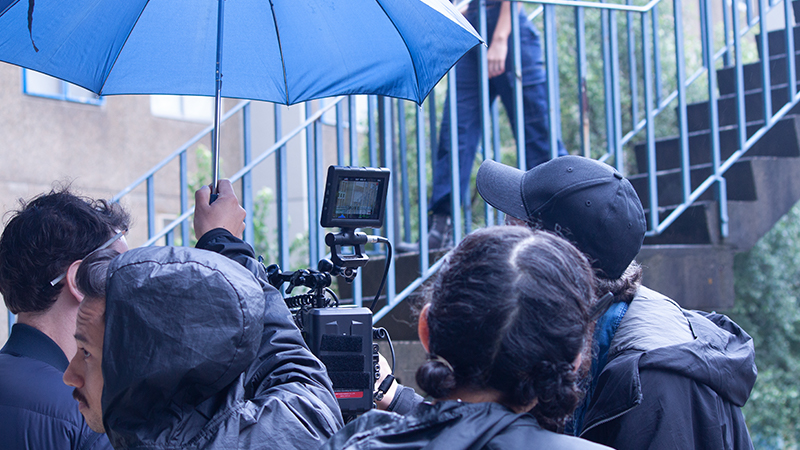 Hickey heightens this prop-like nature of Bain’s character through the choices of location and wardrobe. Bain’s heather-grey tracksuit makes him feel very much a part of his concrete surroundings and right at home in the drab laundrette and as such, when the characters first come across him, he is almost invisible to them.

Hickey needed the world to feel as cold and apathetic as Bain, saying: “Much like Morgan being sapped of life, it felt like the world around him should be sapped of colour or in our case desaturated. It felt only natural to then seek out locations that felt aged and a little lifeless but still had the structures of great shape and form. So much of the action relies on creating forms with bodies, so I wanted the space around the characters to be interesting frameworks around our subjects.” 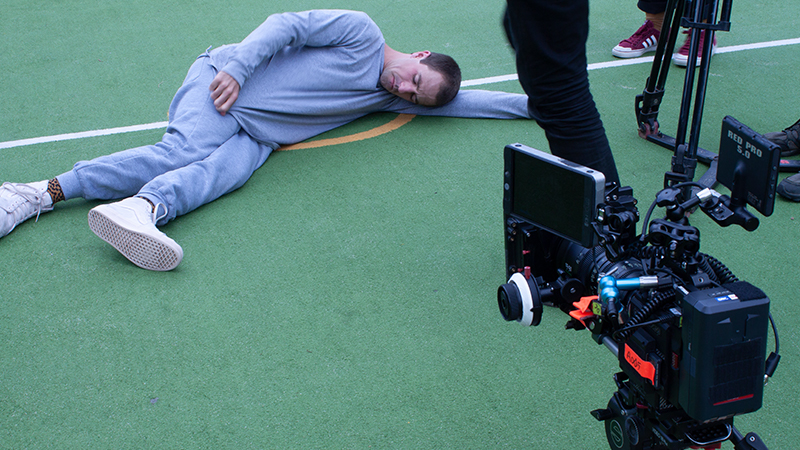 This extreme neutrality of colour palette could have been a hinderance to the presentation, so Hickey had to find ways to bleed life into the design of the concept. She does this via glimpses of art throughout, whether it’s the intriguing geometric patterns of a building, the almost entrancing concentric circles of washing machine doors or the hint of something deeper, something joyous buried just beneath the surface of Bain’s character, as personified by his leopard print socks.

There is also a vibrancy to this video, evident in the crispness of everything on screen and the infectious care and empathy of the passers-by as they become more involved in Bain’s misery. Hickey uses a constantly pushing or pulling camera to give these stoic shots dynamic, something that was very important for her given the repose of the subject matter.

“As our main subject is so still and there’s not a heap of movement or action going on in the clip, I had imagined the frames would feel a lot like still images rather than motion pictures, which appealed to me.” Hickey continues: “This kind of got me thinking about those wonderfully naff electronic photo frames people load their family photos onto with a USB. The images cycle through and alternate in zooming in and out. As naff as it is, there’s lots of movement, creating another layer without having our main character perform or act but still keeping the audience watching.” 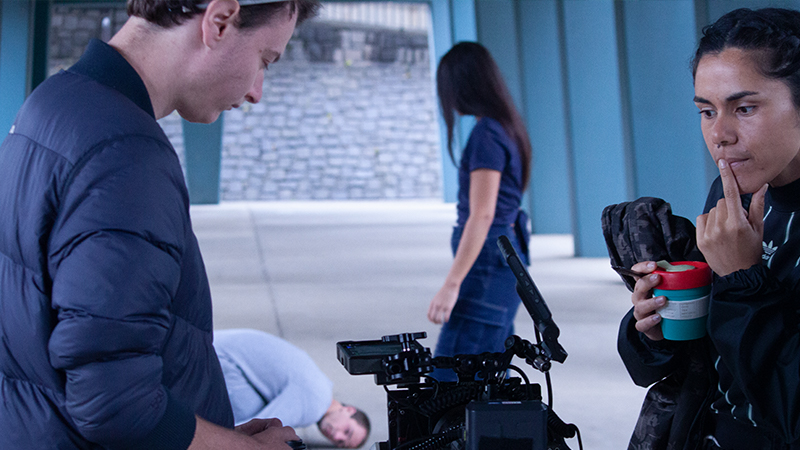 When moulding and shifting prove fruitless, the people who have taken an interest in Bain’s state reach a level of acceptance, opting to sit, lay and dangle with Bain, giving him what so many people in a weakened psychological state need; acceptance and understanding. The final shot of the video shows Bain picking himself up and walking away.

When asked about the importance of showing the resolution of this feeling and the way the support of others can give us strength, Hickey replied: “I felt like we needed to see Morgan get up and do something for himself and walk away. Almost as though he’s moving on after having time to be lifeless and then get on with it. I always wanted the characters around him to be curious yet caring towards this stranger. And yes, as important as it is to be there for support, sometimes we all need to go through our own shit and make the decision on our own to finally get on with it.” 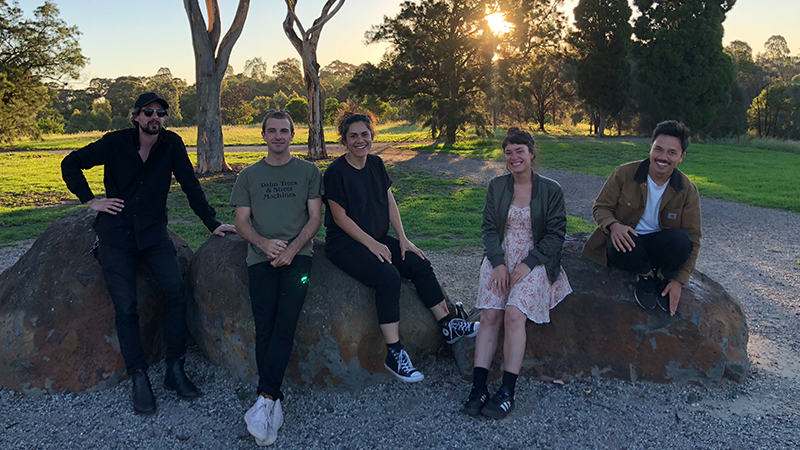 While they can be felt in a multitude of ways, misery, distress and emotional adversity are all incredibly universal experiences. Putting Bain in this place but surrounding him with supporters, colours this rather difficult and sad process with a sheen of something actually really uplifting and rewarding. Hickey’s creative and expressive approach to exploring the effect emotional trauma can have on us makes for a really interesting video and shows a real understanding of the point she is trying to convey.