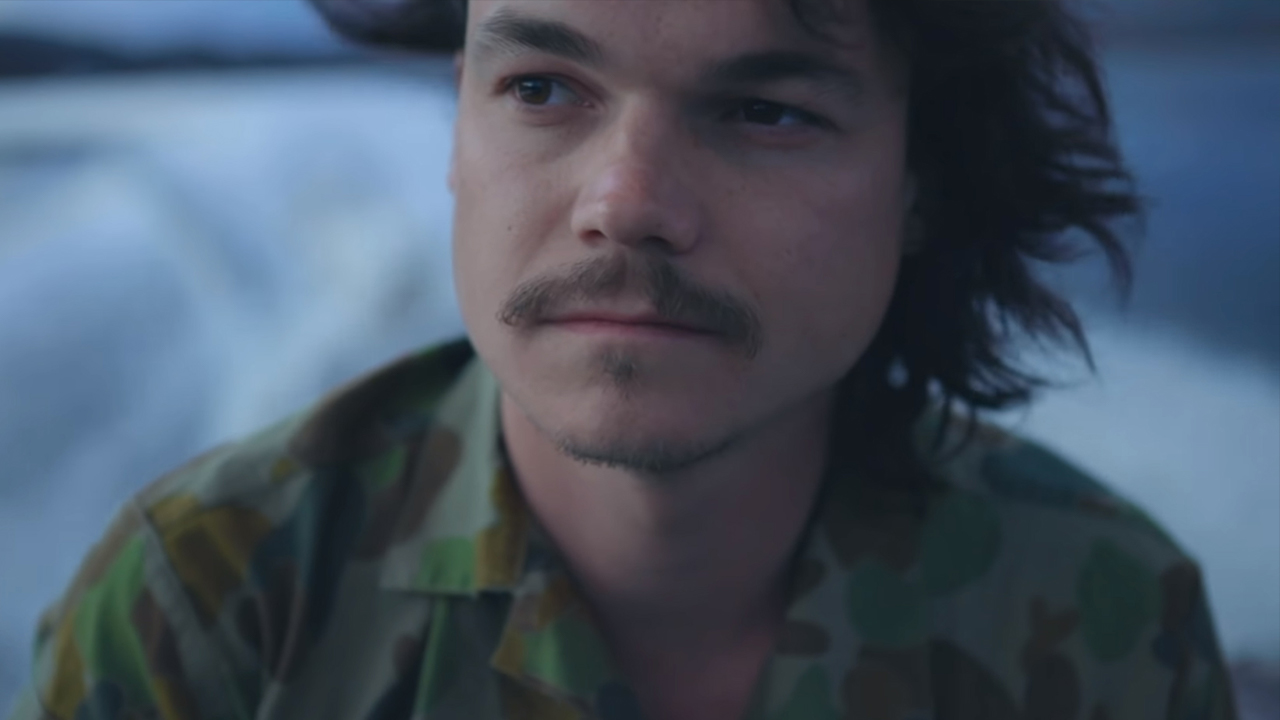 [dropcaps type=’normal’ font_size=’60’ color=’#ed145b’ background_color=” border_color=”]A[/dropcaps]s the clip opens up for Christopher Coleman’s latest release, “Jesse”, we are propelled straight into the landscape and the protagonist’s perspective. A big song with a big story, the tragedy of the character Jesse is sadly based on a true one. “Jesse” is the first single from Christopher Coleman & The Great Escape’s forthcoming third record, The Great Tasmanian Escape, and tells of a soldier’s struggles after returning from war.

Director Kathleen Mary Lee describes how the video came about: “I’ve worked with Chris before on a few clips when he used to live in Melbourne. I think his songs are important and beautiful and that he is a true artist and so I love being involved in any way I can. We’d been talking about making another clip for years but the timing hadn’t worked out. I think he called me a few weeks before we made this one and the timing was finally right. I flew down with my camera and no plan and we came up with the concept the night I arrived.” 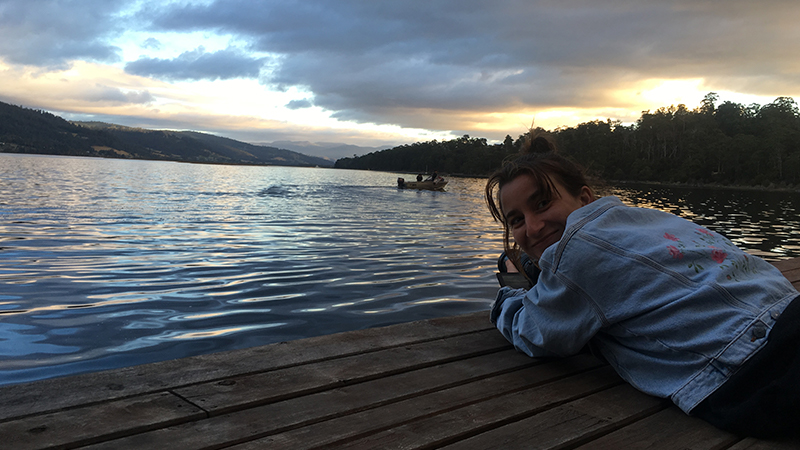 Lee tells of how location was central in planning the video: “Chris picked locations that were meaningful to him or the song – such as the army barracks and Centrelink, and then I picked some that I thought would look right. We drove around a lot to get to different locations and I started filming out the window everywhere we went. These shots of Hobart are one of my favourite parts of the clip now. The other is Chris’ performance. That’s what it’s about for me. Chris and Hobart.”

Lee displays an acute awareness to the emotion and the story in the way she has captured the character of Jesse and his surroundings. She explains: “I wanted to respond to the locations and to Chris’ performance – the two main characters in the clip. It developed and shaped itself as we filmed it and then again when I edited it. It’s a scary way to work – without a real plan. But with Chris, it always seems to work out.” Herein lies the strength of Lee’s sensitivity, her ability to be receptive to the music and narrative that Coleman is portraying. This is what makes this piece so evocative and personal. 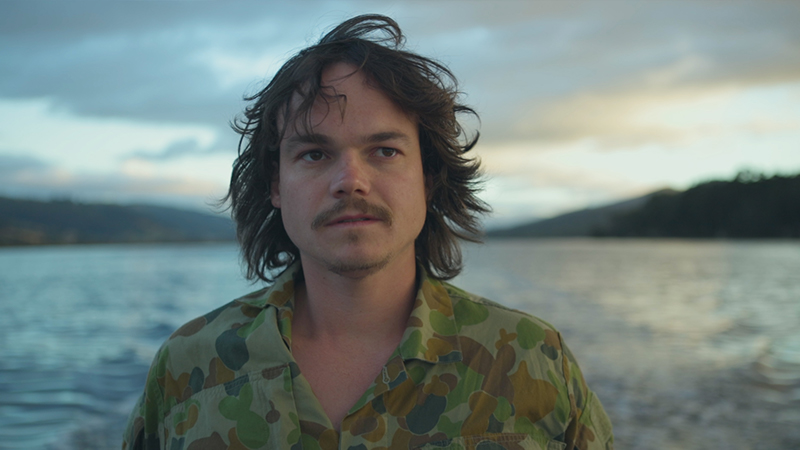 A strong sentiment of displacement and disconnection has been captured by using continuous movement throughout the clip and also by using the members of the band as onlookers. The protagonist appears introspective and cut off from the world and people around him. They look at him in a way that he stands out for not fitting in.

“I like to film things handheld with lots of subtle camera movement, I think it feels more intimate and real. I try to follow the emotion of the shot with the movement of the camera. When Chris is on the pier I move in to his face as he closes his eyes as this creates a certain feeling. If I’m filming a close up I’m usually moving slightly the whole time with my hand constantly on the focus ring ready to follow the movement of any emotion.”

Lee’s powerful sense of story-telling is striking in the way she angles her camera and determines her area of focus: “With the shots on the water, such as the first shot, I found it more interesting to focus on the water and have Chris soft in the foreground to suggest his point of view, where his focus is and to create a sense that the water is drawing him in.” 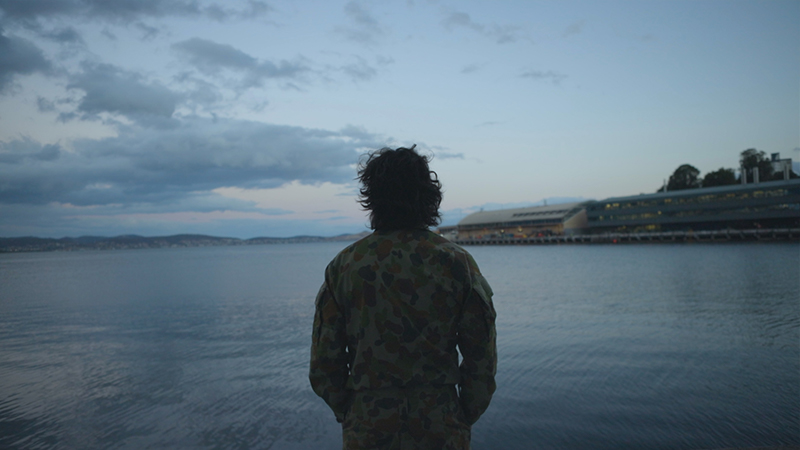 Coleman gives a strong performance as Jesse. He himself chose to wear the army uniform. Lee describes, “The boldness of it scared me at first but I trusted Chris’s instinct and then about halfway through the filming I started to understand it and now I think it’s essential. It’s confronting but Chris isn’t afraid of that and that’s why his songs are so powerful.”

The poignant lyrics are central to understanding the main focus of the work. The lyrics “It’s not a fuck you to the Anzacs, It’s a fuck you to the ones they protect” highlight how the clip really honours Jesse’s memory. Lee elaborates: “It felt a bit like it was a final march through the town. A soldier’s final march through his own town, saying goodbye to all his surroundings. Giving it that narrative helped me shape it in the edit. But that’s just how I see it. I think it’s very ambiguous and open to interpretation. That is what we wanted. The song is so explicit and powerful we wanted a clip that would visually suit the song and emphasise the feeling of the music but not say anything specific and therefore allow you to hear the lyrics.” 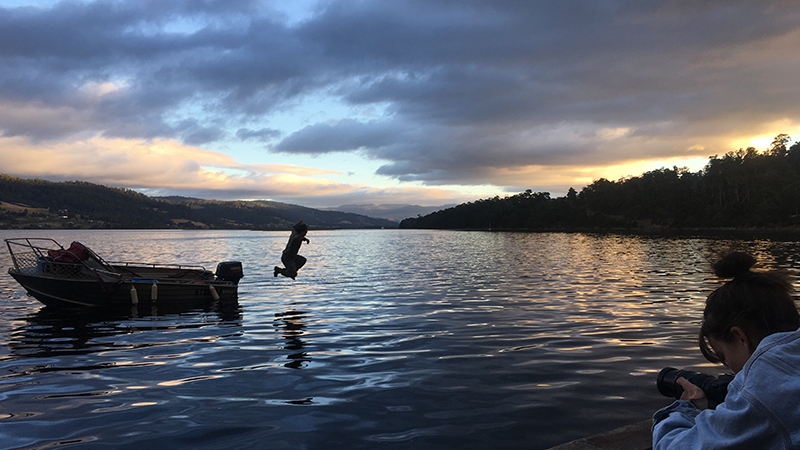 The ending of this clip is the perfect culmination for the entire piece as we are left hanging to an uncertain resolution, forced into an emotional state. Much like the story behind the song, the focus on the real life mental health of returning soldiers who can dissolve and disappear into society and we can only wonder what happened to them. “I think it feels right that you never get the satisfaction of the splash, you’re just left with emptiness and silence hanging in the air. Feels right for the song.”

Here is the official video for “Jesse”