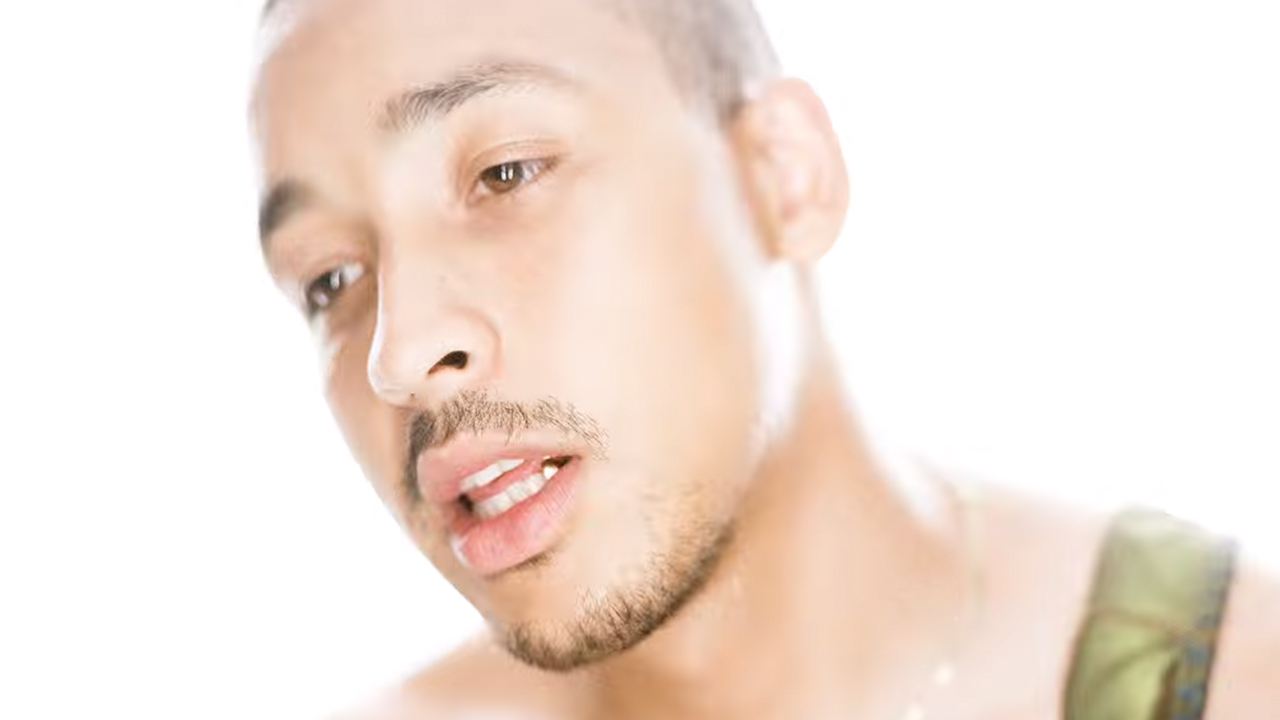 2019 was brought to a heartwrenching close with ‘CRYBABY :*(‘ , a vulnerable and lively tune by R&B artist Dijon Duenas. Directed by Jack Karaszewski, the video for ‘CRYBABY :*(‘ is relentless in its emotion-laced punches and visually captivating multi-medium imagery. By the end of it, you’re left a little tender and reaching for the replay button to take another hit. 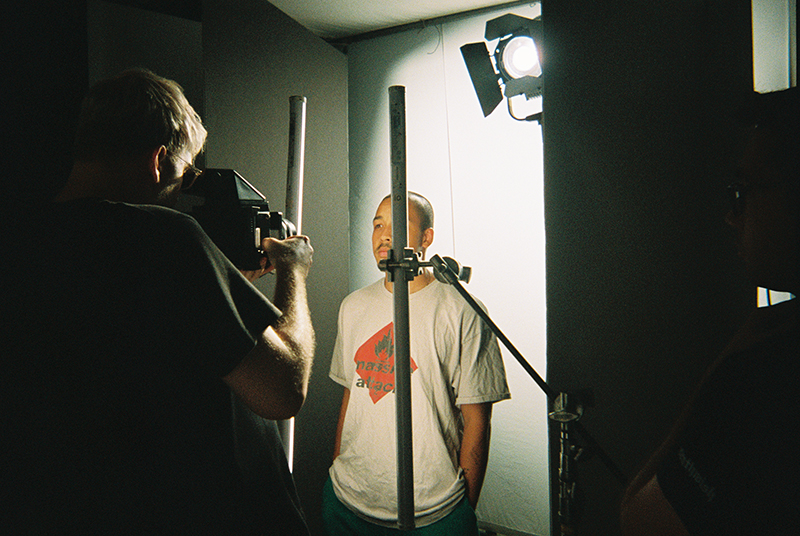 First off, Jack Karaszewski has thanks to give before we dig in: “I’m excited. And just wanna publicly thank the cinematographer first, David Molle. When I was looking for a photographer who captured the spirit / image quality I was looking for, I had no idea I’d find someone as special.”

The video opens with a hefty thwack, a glimpse of a real c-section as a baby takes it’s first breath, setting you up to absorb the raw and rough imagery that follows. When asked if there were any objections to such a bold opener, Jack had this to say: “Shockingly, no complaints. That was one of the first things I put in when editing. Something I dropped in and just burst into laughter alone cause I thought it was so perfect. But I was really prepared to get a million roadbloacks with it and have to fight hard. “ 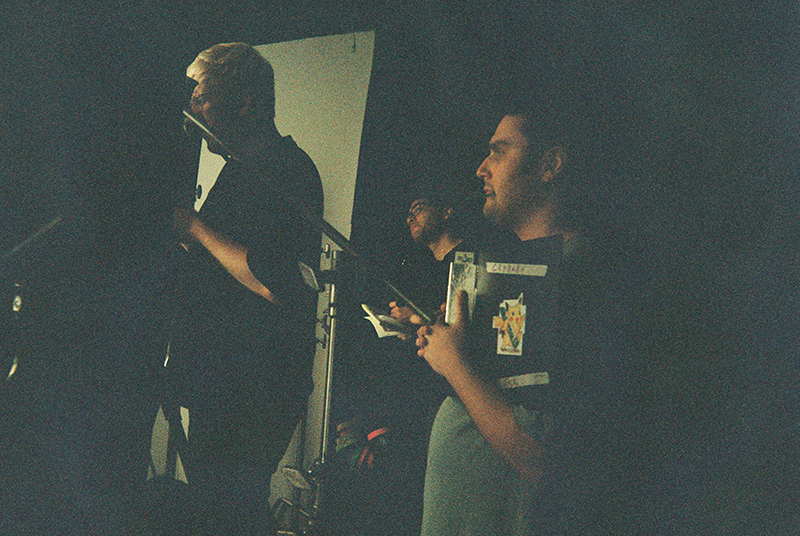 Raw is perhaps the best way to describe the clip for ‘CRYBABY :*)’ as it eschews any kind of convention you might expect from a music video and becomes a wonderfully scrappy mix of webcam footage, stock videos, work in progress storyboards and VHS home video. The experience comes across as sort of surreal trip down memory lane, heightening the genuine heart pouring in Dijon’s vocals.

Counter to that, the throughline of the clip is a beautifully captured series of medium format stills that come together in a stop motion like rhythm, an effect that would have taken extensive trial and error to execute. It did in fact, and the planning itself makes a cameo in the film where we get little snippets of phoneme sheets and BTS of test shoots that show just how much went into crafting the final look. 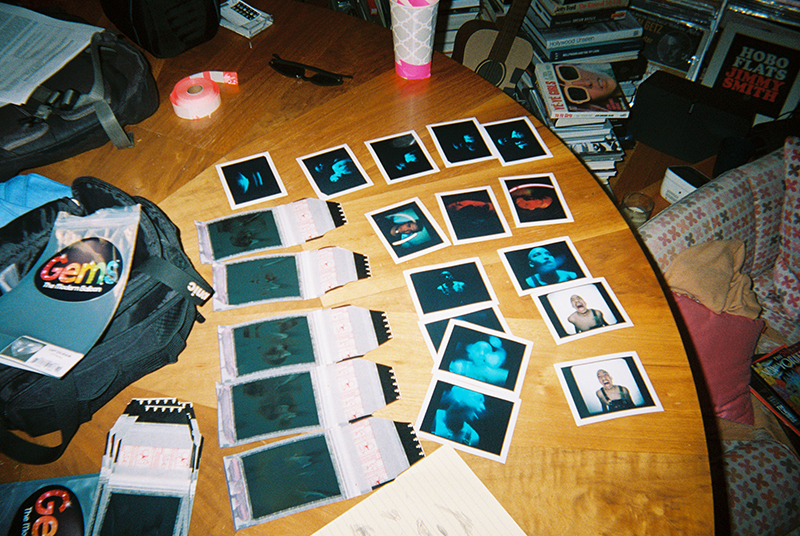 “The true and proper genesis of this idea came from the experience of looking at certain photographs that capture a depth and a certain quality that I’ve never seen captured on even 70mm motion picture cameras.”  Karaszewski explains, “So “let’s make a music video with a medium format still camera” came to mind. Then came the math, figuring out how many syllables were in every song, and how much film we’d roughly need. Shockingly little! We only shot 500 photographs, and every single one you see is in the music video, all shot chronologically. Much cheaper than even shooting with 16mm film cameras. I think showing the process within the video was important to me because I was self conscious nobody would understand how it was done, honestly.”

The rampant swapping and blending between digital and analogue keeps you hooked with a near-constant barrage of lovingly small details and imperfections that lend the clip so much character. From crude negative frames to crosshairs that look like they could be ripped out of a Counter Strike sniper rifle, to a single frame where Dijon’s teeth are warped and distorted into sharp fangs, you never really know what you’re looking at or how it was done. 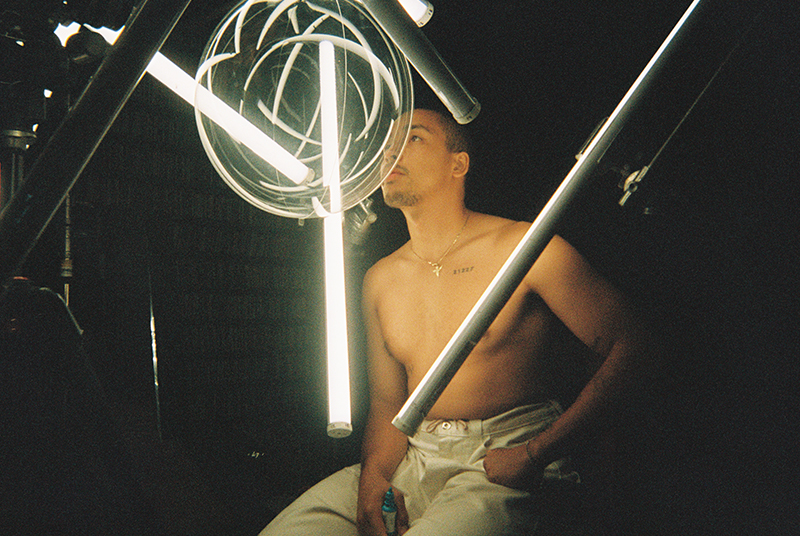 Jack muses on why these mediums live hand-in-hand: “Well the digital is too infinite and the analog is too constraining – you’ve got to go 50/50!!! The music video as an artform is one of the most free and open universes to explore, and I really don’t think anyone is making anything good. What other medium can you do anything like this and still have an audience? The fact that they’re for a musician gives it the right amount of context to not just be some pretentious short film too. I like that. But I definitely don’t think they’re worth doing if you don’t have an idea you’re really really excited about. Something you HAVE to do. I definitely had to fight for this one to get made. The label decided it wasn’t a single and didn’t deserve a music video, but I deeply believed the concept wouldn’t work for anything of the other songs. Thanks Dijon for letting me do that.”

Here is the official video for ‘CRYBABY :*(‘