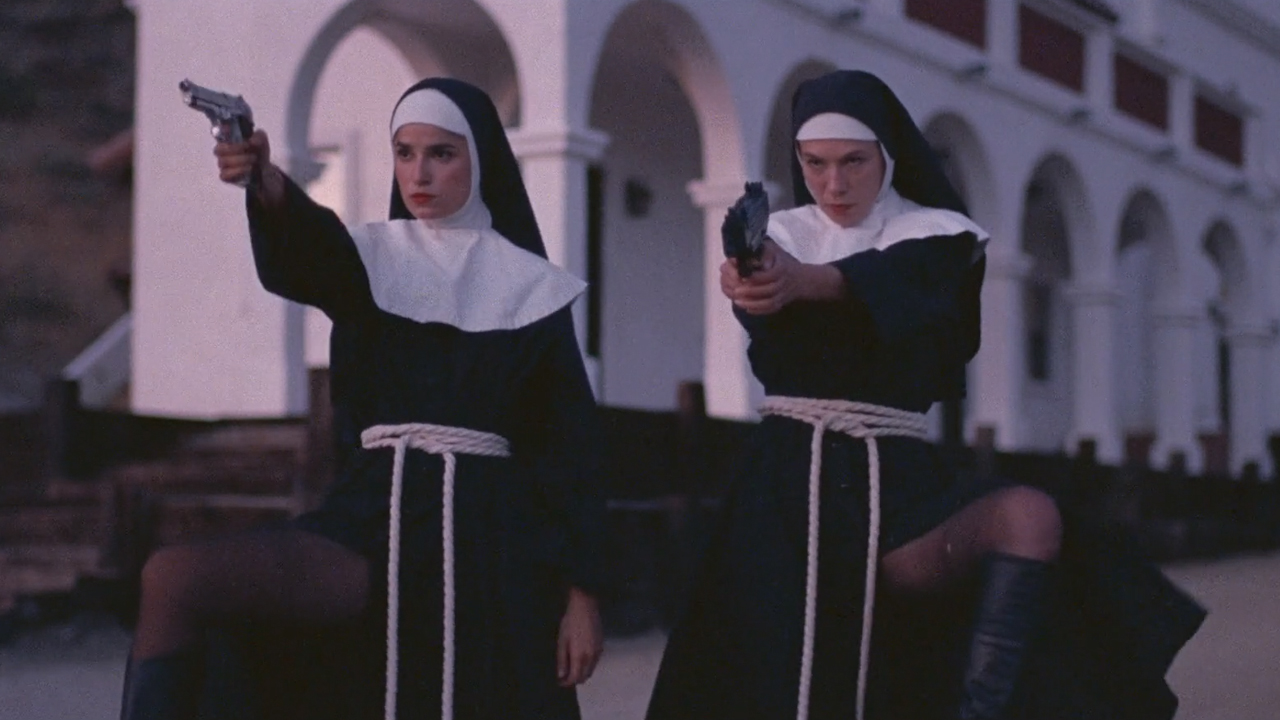 [dropcaps type=’normal’ font_size=’60’ color=’#ed145b’ background_color=” border_color=”]M[/dropcaps]ost modern day Hollywood directors won’t make even close to 30 films in their lifetime. While some outliers from the more film factory eras or genres have notched up numbers in the hundreds, even big-time heavyweight directors like Steven Spielberg and Martin Scorcese are currently sitting at 32 and 25 respectively. So leave it to the music video powerhouse combo that is Dimitri Basil, Laura Gorun & Cooper Roussel to rack up more than three times that within one three minute film clip. 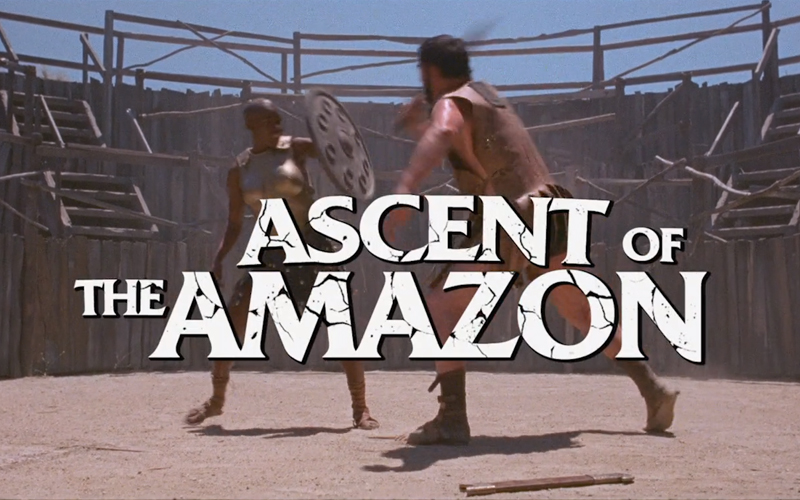 “We really love movie titles and I really like lying,” explains Dimitri Basil, “so I think subconsciously we put it together and thought, “Let’s make 60+ fictional movies.”” And that’s exactly what they have done in their video for ‘Obsession’, a funk-influenced bop by indie rock group Joywave. When asked about the actual practicalities of devising this many completely made-up movie titles and their accompanying scenes to boot, Cooper Roussel very aptly described the process as: “an absolute mutant with no real head or tail.”

With a project like this that deals in multitudes, it’s easy to understand what Roussel means. It’s like a washing machine of ideas, always turning and evolving, with the goal just to pick out the nice clean bits of laundry that are actually going to make it through to the final product. Laura Gorun elaborates: “We had to give a list of titles to be cleared before we started shooting, but only a few of those initial ones survived all the way to the final cut. Some titles came first, other times we thought of the idea/image first and sometimes we improvised.” 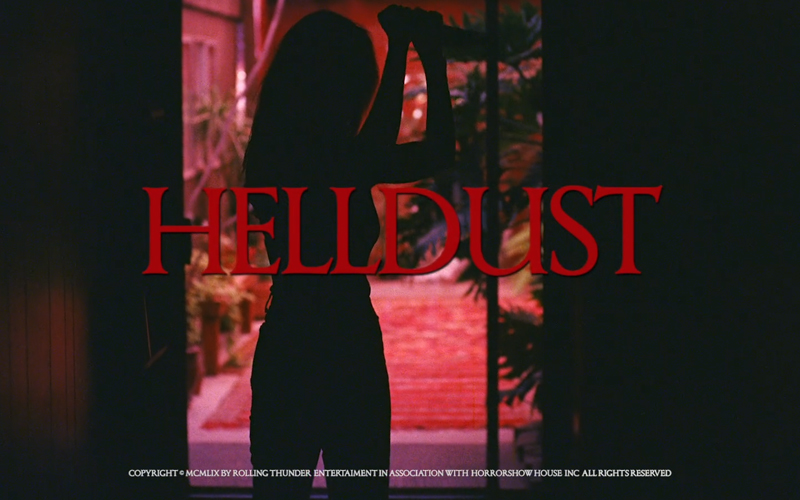 At first glance this video is a fantastically chaotic thing, throwing so much information at you that you barely get a chance to properly process the layers of each new movie before you’re hit with another. But gradually you begin to notice patterns and themes. Recurring actors, even sequels and sagas. (We’re so glad Sacrilegio got a sequel, can’t wait to see how the nuns get out of this jam). Basil explains: “The idea was to create a parallel universe — so the actors you see playing multiple roles happen to be stars in this “Earth 2.0” — Ego, Elektra, Caroline etc… they are all actors in high demand so they play nuns in exploitation movies, bounty hunters in action films or antiheroes in arthouse films.”

“We had this idea where Memu would play all the 70’s action B movies and another actress that looked like she could be Memu’s daughter would play all this 2000’s action movies… So in the video it’ll look like Memu’s daughter kept the acting dynasty going… just like we have Kirk Douglas and Michael Douglas or Henry Fonda and Jane Fonda, but unfortunately Memu’s “pretend” daughter had to cancel on us for secret reasons…” 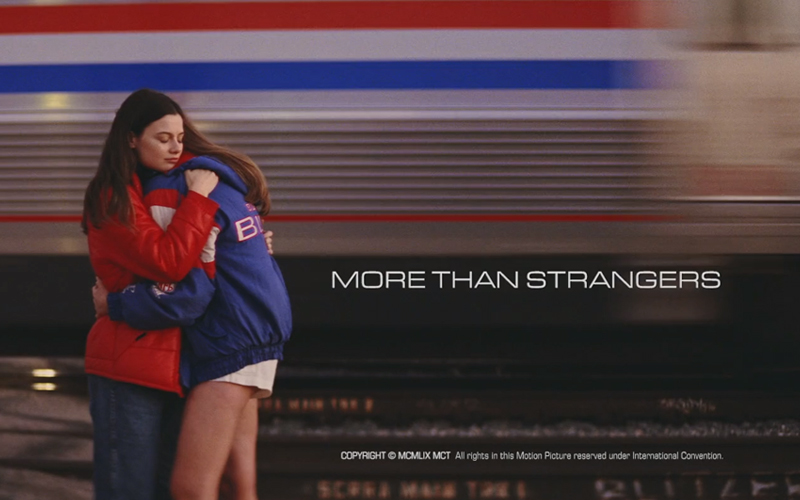 From speaking to Gorun, Roussel and Basil, it sounds like this ever-stirring soup of ideas never really stopped stirring, even right into production. “There would have probably been even more sequels but the nature of the concept was a tad frustrating once we got rolling.” Roussel explains: “We’d have an actor hanging out of the sunroof with a bazooka in the LA River and we’d get one nice shot — it would be like “Great, let’s grab another one” but then then we’d realize that we’d have to book it to deep Burbank to shoot an entire separate indie film setup before the trains stopped running. It doesn’t matter how long it took us to prep that scene, we could only really use one shot from it and setting up a sequel would come at the expense of genre diversity.”

Gorun even toys with the idea of the video continuing to evolve well after release: “We might keep adding sequels and new title screens to this video — and just keep updating the vimeo link. We’ll just steal shots after other shoots and build it up into a strange visual database of lost movies people wish they could watch.” 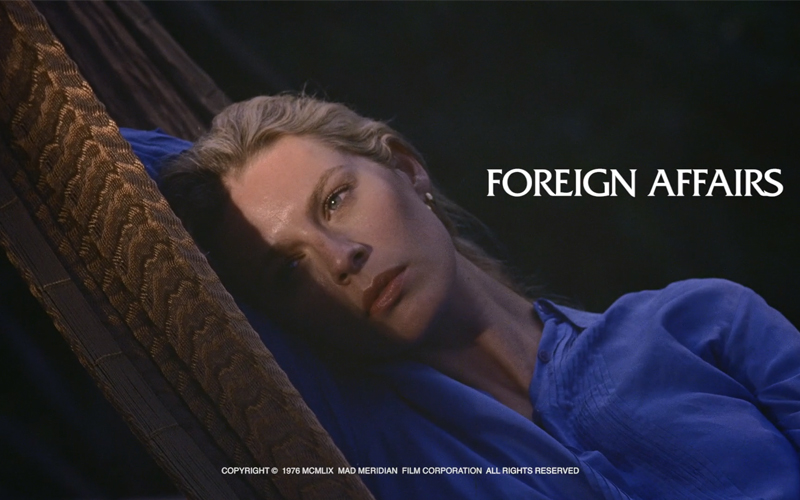 The filmmakers’ dedication to presenting a variety of film genres and even eras, and ensuring that the title shots they’re putting forward match the required aesthetic for that specific movie, from cinematography, to camera quality, right down to the choice of font, it has to be commended. Gorun explains just how expansive this whole process was: “At one point we had three professional film cameras and two professional sets of lenses sitting in the garage and we’d load up all of them just to be ready to capture a variety of different looks on the fly. We shot at different times of the day, with different lenses, lights and cameras – the spaghetti westerns we shot on 2 perf, the stuff that felt more like TV we shot on 4 perf , dramas on 3 perf and the epic set ups we tried to shoot most of them on 4 perf anamorphic. I find it funny that TECHNISCOPE sounds so fancy and it was sold like an upgrade, but initially I believe it was just created in Italy to save on film for B films and low budget westerns. I think it looks great… but, the idea of making something cheaper look like an upgrade is genius.”

Roussel adds: “We would do all the pre pro and then one thing out of our control would change… we’d find ourselves rushing through the isles of a costume rental warehouse stripping down and trying on nun outfits 5 minutes before they closed for the weekend. We got in trouble so often they eventually took pity and gave up on scolding us.” 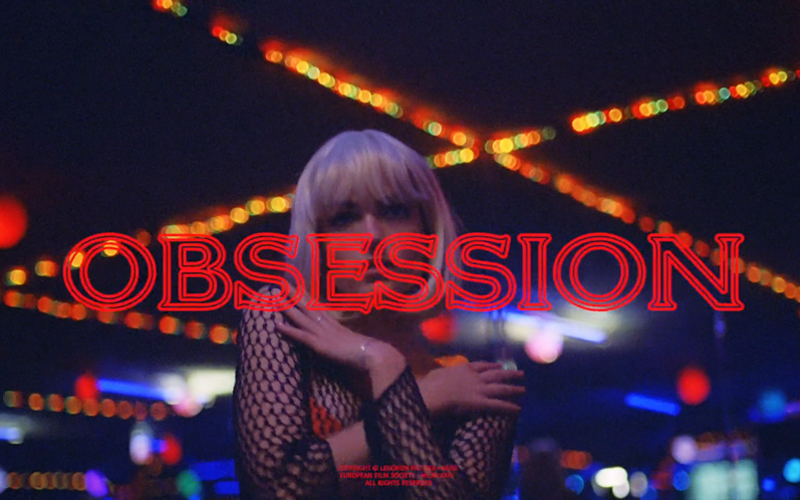 It’s really inspiring to hear these three artists talk about their work as a collective. They truly are like a hive mind or a machine that requires all of its moving parts to work at full capacity. With so many successful outings in their back catalogue, the trio of Cooper Roussel, Laura Gorun & Dimitri Basil are surely something of an outlier in the industry. Of course there’s regular collaborators or even sibling filmmaker teams like the Safdies or Cohens, but to have a tripod so sturdy and productive, it’s quite remarkable. Basil explains the value of their dynamic so sweetly: “Being a filmmaker can be lonely so the more the better… If more were willing we would be six or seven or ten — some kind of circus, maybe a cult.”

Here is the Director’s Cut video for ‘Obsession‘