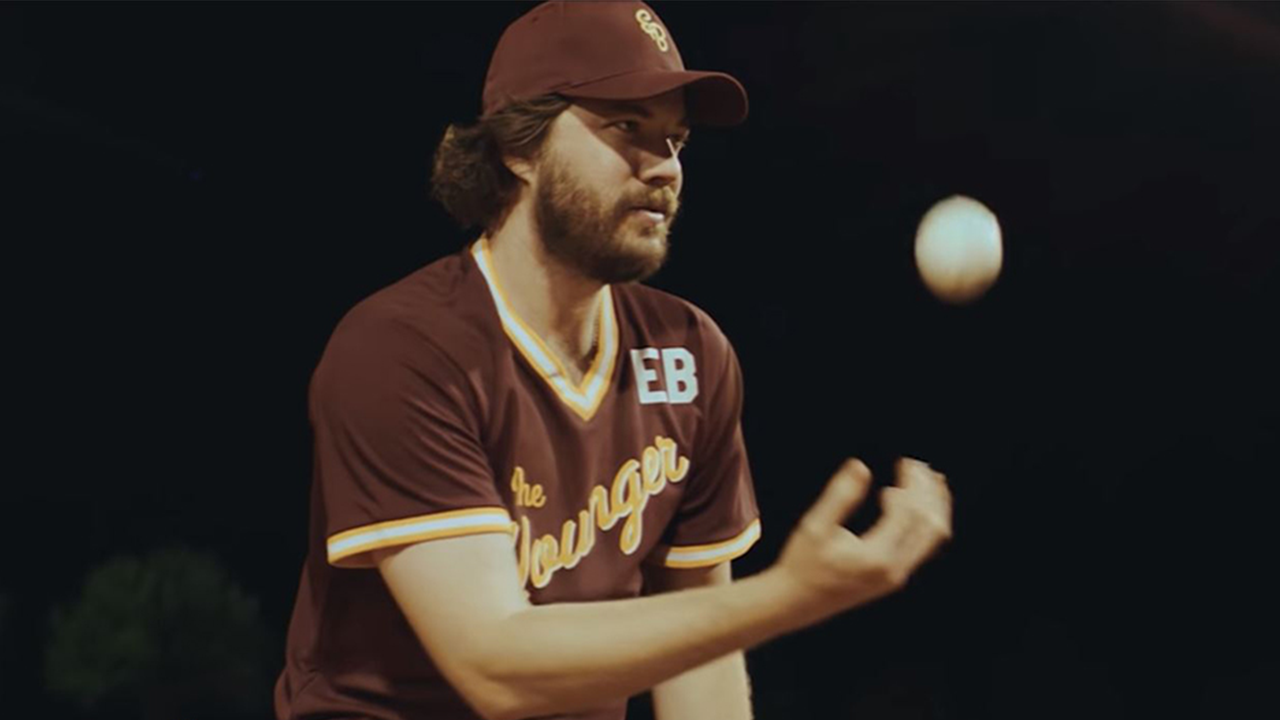 FEATURE: E.B. The Younger – Used To Be (Dir. Chris Phelps)

[dropcaps type=’normal’ font_size=’60’ color=’#ed145b’ background_color=” border_color=”]A[/dropcaps]throwback in more ways than one, E.B. The Younger’s video for Used To Be sees two rival childhood baseball teams coming together as adults to replay the big game.

When director Chris Phelps was approached by E.B. The Younger to collaborate on the video, he jumped at the chance. “Eric (E.B. The Younger) came to me with the idea of doing a Bad News Bears inspired music video for the first single “Used To Be.” It was a no brainer for me to get involved as I knew this would be a really special project. He actually already had mock-ups for the Younger’s uniforms which his company Norman Roscoe printed for us.” . Together, they used the subject of the song’s lyrics, a longing for the carefree days of youth, to inform and complete the concept. 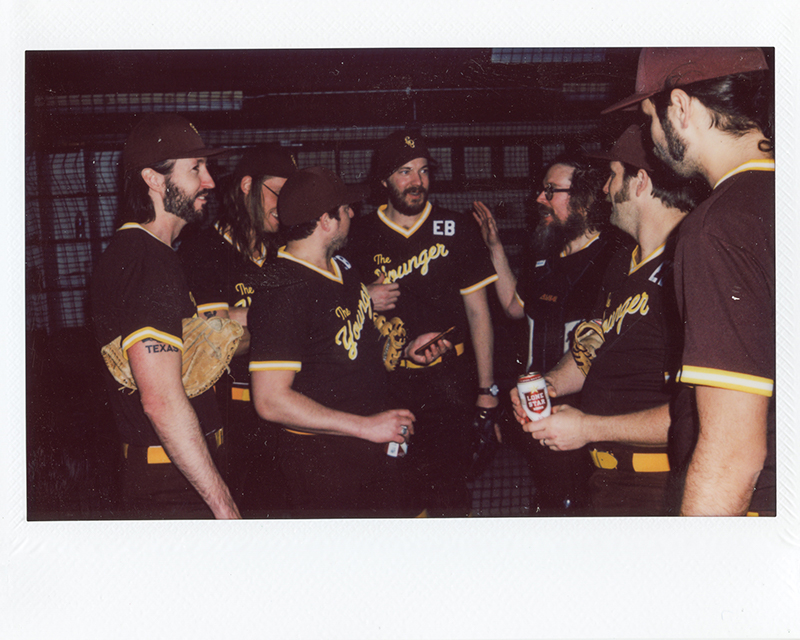 Phelps had a world of baseball and sports movies to draw inspiration from in his preparation for shooting this video. “I had a lot of fun going back watching sports movies I grew up with, everything from Bad News Bears, Major League, Angels in the Outfield, etc. I wanted to stay true to the tone of these types of films we all love and remember but also put a fun new twist on it. I realized in the process that telling the story of an entire baseball game in a short form music video format was a challenging task. The biggest challenge was dealing with so many people and personalities on set with such a limited shooting schedule, but we’re all friends so it was really fun working together and making it all happen.”.

American indie/rock tragics will find themselves playing “Spot The Muso” while watching this video, with the extensive cast of baseball players, coaches, supporters being predominantly made up of musicians and band members, friends of E.B The Younger and Chris Phelps. “Eric knew he wanted his team to consist of everyone who was involved in making the record.” Phelps continues, “It’s such a rare pleasure to get so many talented people in one place at the same time, especially with so many touring musicians involved. In that capacity it was kind of like a big family reunion, except everyone was dressed in baseball uniforms which was funny in and of itself.” 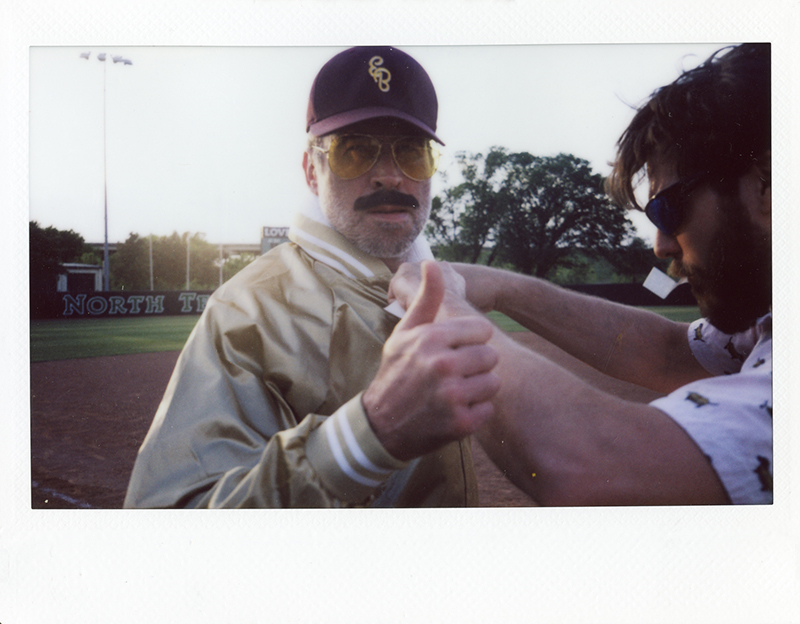 Despite the fantastic work of the engaging cast of misfit musos, there is one cast member who well and truly stands out. “We decided early on that we needed a strong coach character and we were fortunate enough to have Jason Lee help bring the “Coach Dick” character to life.”

On working with the incomparable Lee, Phelps had this to say, “As soon as he walked on set he had us all cracking up, he’s such a natural with comedy. Fun fact, Jason accidentally shaved his mustache a week before the shoot, and our producers had to find a suitable fake mustache in LA that we applied right before shooting. It was a fun example of how happy accidents can actually add to the production.”. 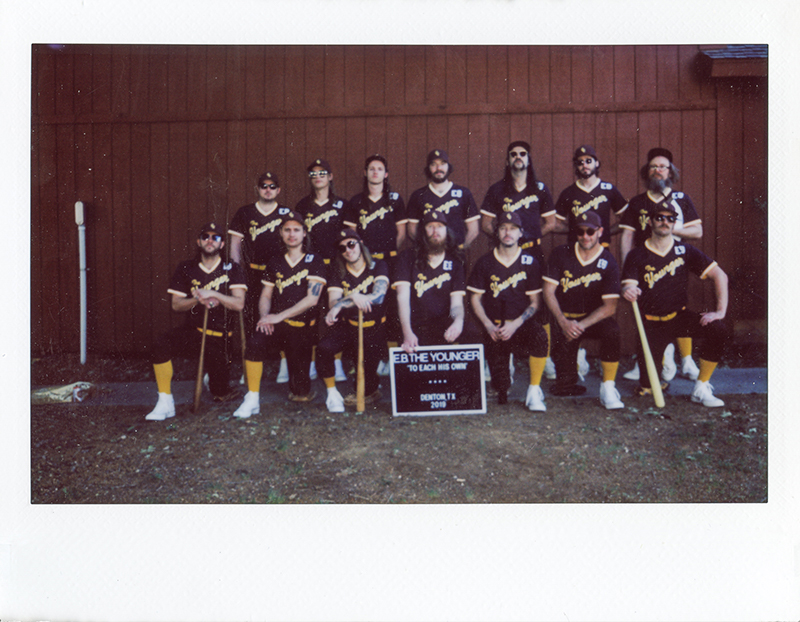 Lee’s charisma is undeniable, his opening monologue, an off-kilter coach gee-up speech sets a very early tone of levity that is carried through the entire video. It is the fun had by all the friends on set together that infects the video and emanates from the screen. Along with the masterful execution of the nostalgic sports movie aesthetic, therein lies the real treasure of this video.

This sort of charm isn’t something that can be easily faked, it has to grow organically from that perfect nucleus of a coming together of cast, crew and friends. According to Phelps, the sense that something special was happening was certainly evident on set. “Overall it was a long night and a lot of work but we had a blast. I think everyone involved could feel the magic that was taking place.”.

Here is the official video for “Used To Be”