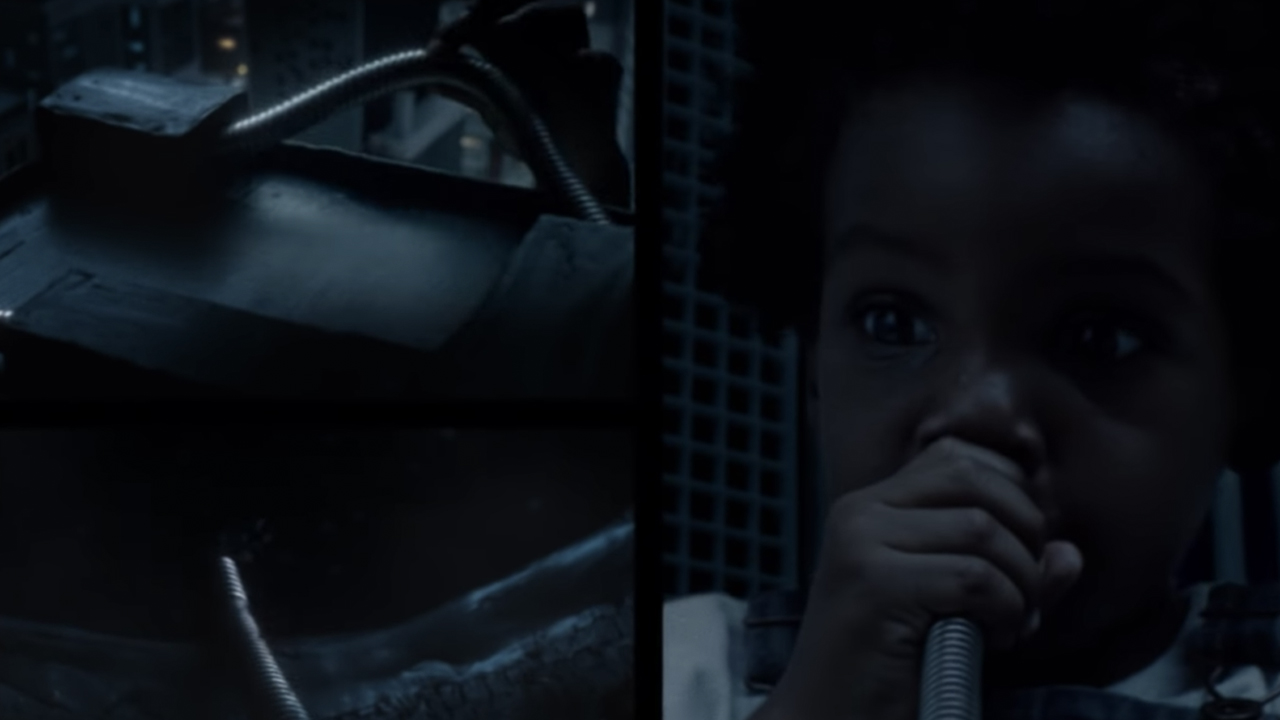 Noname’s debut video for her track Blaxploitation sees an African American child going on a total non-rampage through an unsuspecting city with a very clear message about media hysteria and the effect that it can have on marginalized communities.

Noname has been accruing a ground swell of support over the last couple of years for her unique, no-nonsense, socially-motivated, slam poetry come hip hop musical style. With the release of her debut album in September, Noname’s star is rising at a meteoric rate, leaving the underground treasure tag very much in her wake.

Where many artists experiencing the same boom as Noname would opt for something more along the lines of a vanity piece for their first music video, it will come as no surprise to those familiar with her work that Noname used this momentous occasion to further her message. 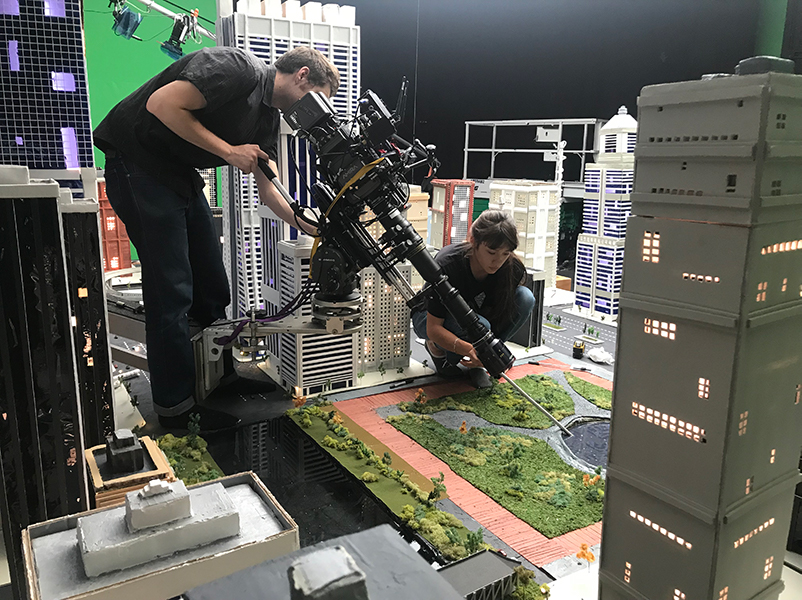 It was certainly no surprise to director Alex Lill when they came together to conceptualize the video for Blaxploitation. “Fatimah (Noname) never wanted to appear in her first video let alone any video, I’m hoping the next one we do I can convince her to be in front of the camera because she has such a presence that people need to experience for themselves.”.

Lill continued, “Fatimah and I met I think about a year before the album’s release when she was recording the first few demos – I’ve been a fan of her for a long time, so I was excited to meet up and talk. We have so many conversations about everything else except the video that by the time we started collaborating on the concept it felt seamless.”.

“Overall the origin of the video and the song comes from the feelings Fatimah expressed when watching these old blaxploitation films. I don’t want to speak exactly for her, but she talked about how on the surface, these films seemed comical, absurd and even funny at times, but as she continued to watch and they sat with her, an insidiousness lingered that to her represented the racial representations in American culture.”. 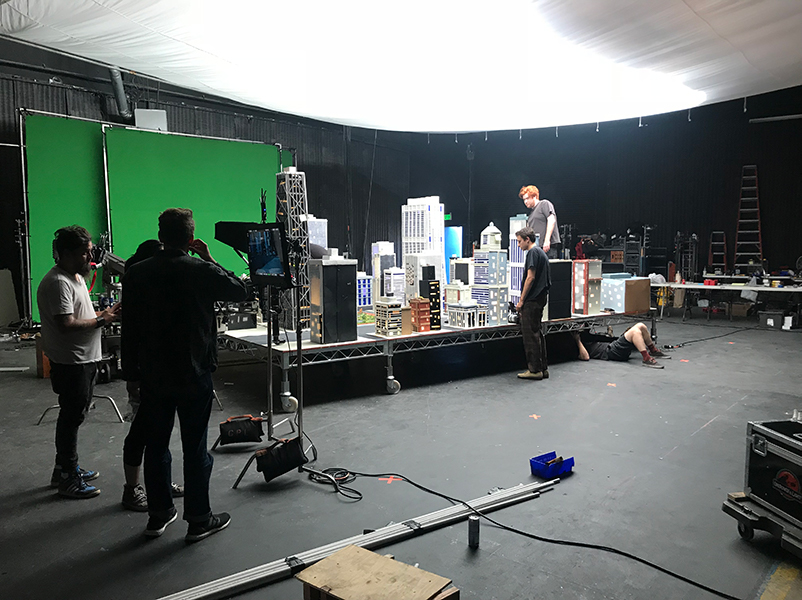 There is extreme care taken with the execution of the concept in this video, not only with the expression of the very clear message, but also in the aesthetic. From the way, the hysterical public are all shot face-on, illuminated only by the source of their irrational fear, the TV – to the overall dark and ominous sense that permeates the video.

Lill says, “We wanted to recreate that heightened fear of those Godzilla films and apply it in this blaxploitation context. I think we strived to strike a balance between having this foreboding, ominous feeling present but not having to achieve it through the most direct scenes, but rather an aesthetic that speaks to the feeling we wanted to convey,”.

This feeling is achieved through a real classic authenticity that is brought to the video through the use of a city made entirely of miniatures, where the easier option of a CGI city may not have been as effective. This was never a question for Lill. “Yeah, I’ve been obsessed with the use of miniatures in films for a long time now. I think the miniatures in 2001, Fellini’s Short film in Boccaccio ’70, and Metropolis were big inspirations for me growing up as to the visual potential for miniatures. I generally try to shoot things practically as much as humanly possible, with post only involving cleanups and extensions of practical elements.”. 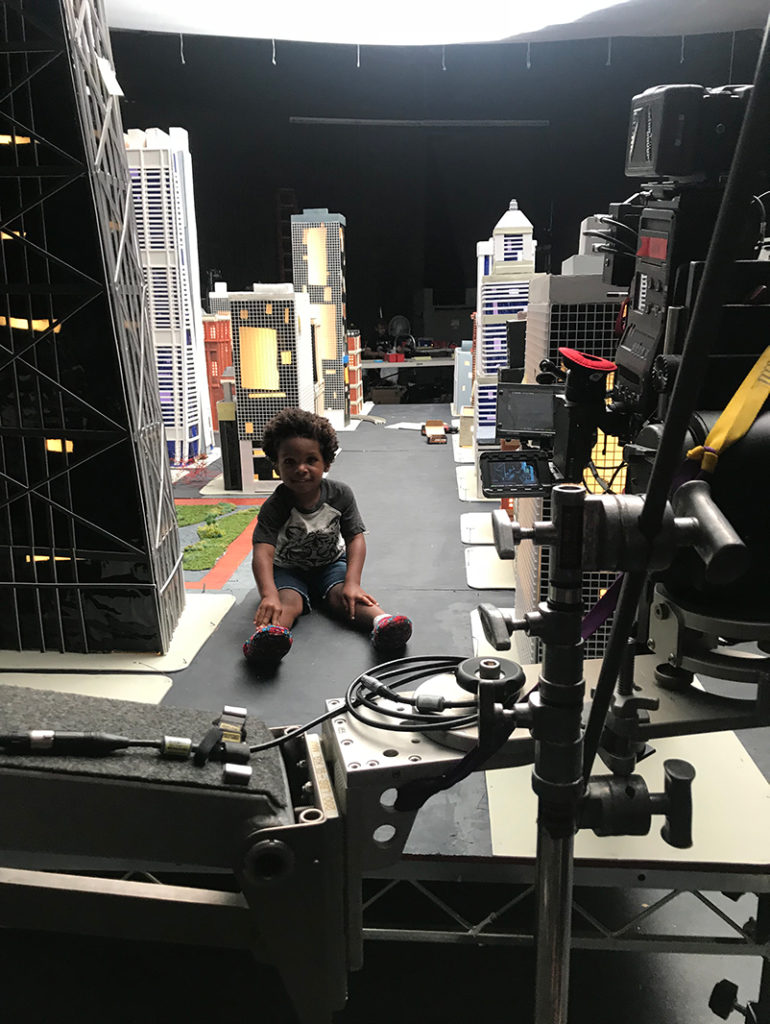 Lill continued, “Also I think it played nicely into the concept of a child’s imagination playing in a small toy looking city. We wanted to make sure it felt like a toy world and not a photorealistic miniature version of Chicago.”.

With Noname having such an original voice, and the goal for both her and Alex Lill to produce a video that expressed the very strong sentiment of Blaxploitation in a creative and artistic way, it’s easy to see from the results just how important that collaborative relationship was to the success of this video.

Lill expressed a real fondness and respect for Noname as an artist and seemed to really revel in the opportunity to work with her. “She’s an amazing collaborator who has an incredibly strong perspective and vision for what she wants but also has trust and respect for her collaborators.”.

Here is the official video for “Blaxploitation”