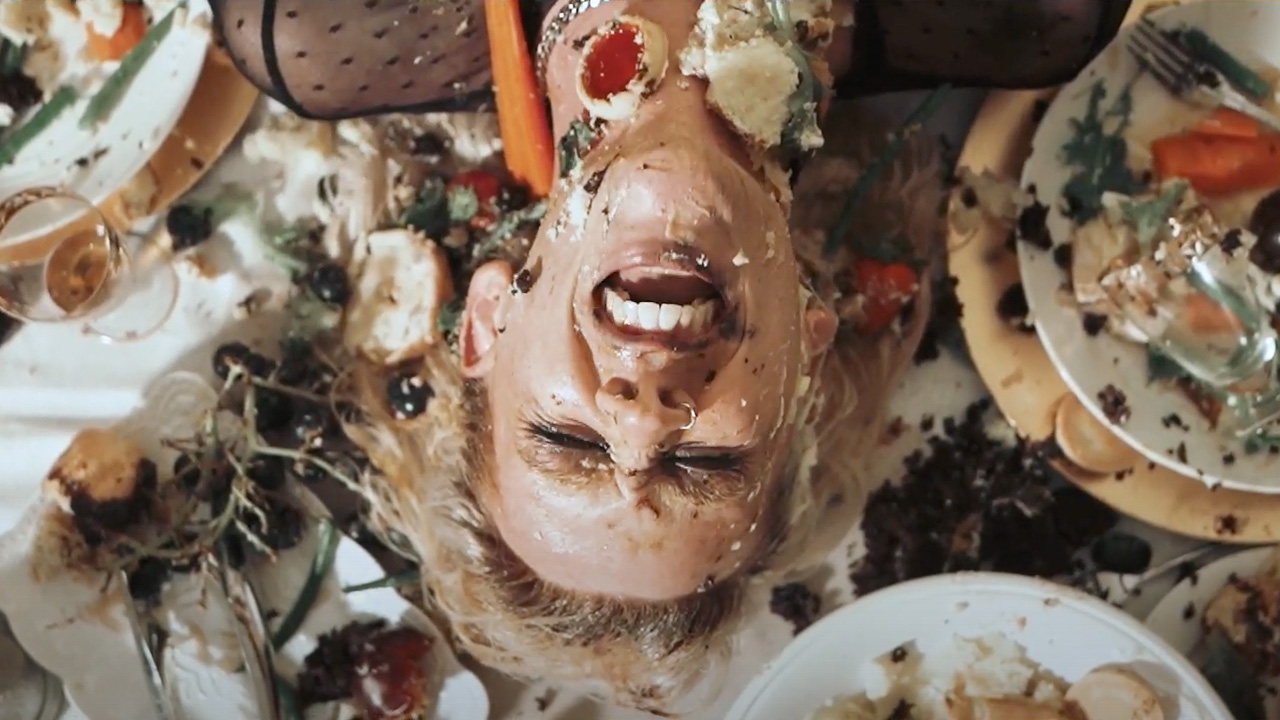 , the new single from seven-piece collective FVNERAL, takes a humorous look at the idea of wealth and privilege, and the idea of breaking away from a façade and into who you really are. The acoustic tones and heavenly chorus that open FVNERAL’s new track, CALIFORNIA STREET elicit a sense of calm and serenity. It opens on a candlelit bath, introducing us to the wealthy man and his butler. We follow them through the classy party they host, watching the incidental callous treatment of the butler and the projection of their prosperity and status. The song sticks to this until halfway through when both the video and the music increases in pace, and we watch as they break out of the refined mould and display their true natures in the chaos of a food fight. 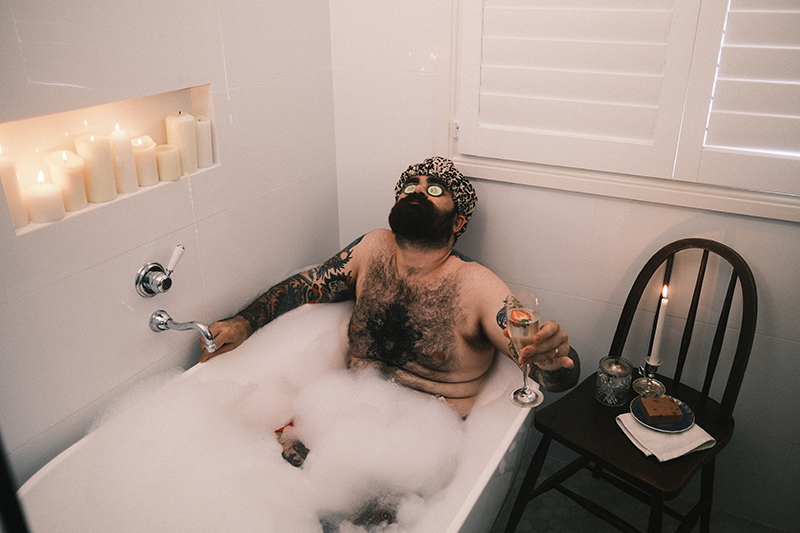 FVNERAL aim to have the music and the video inextricable from each other, working towards having the visual narrative enhanced by the song and the themes and ideas of the song brought out by the video. They work collaboratively with members of the collective all pitching in, pulling their own ideas together as they write and shoot. The final product, which was assembled with long-term friend, cinematographer Lorena Rabbani, is more cohesive as a result, the lighting and camerawork enhancing the tones and content of the music and lyrics. FVNERAL guitarist and vocalist Ally Turner commented on the collaborative nature of the process:

“I feel like so many of the creative ideas come up kind of unintentionally when we’re just hanging out. Obviously, it’s pretty impossible to have a seven-part equal ownership over every project, so it’s cool to see different people take the lead on individual bits and pieces. For this video, while we were on set each of us would throw in suggestions for how we might set up a shot, which definitely ended up so much richer than if it was just a single person calling the shots.” 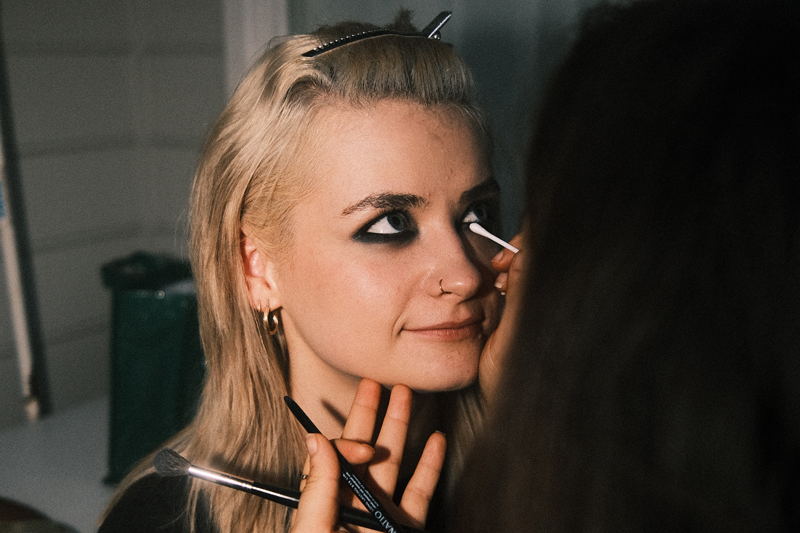 Vocalist and guitarist, plus co-director of the clip, Tim Blunt added to this sentiment, stating that while they usually start the creative process with the two media separated, they always come together and end up inseparable.

“For example, the songs will often start when Ally or I show each other a little idea for a chorus melody or a lyric that we want to work into something, while Jay and Jess are always thinking about different kinds of visual stories we can explore. There’s always a moment where we all kind of come together and throw all our ideas at the wall, see which ones stick, then figure out which of those are remotely achievable and set out upon a mission to make them happen.” 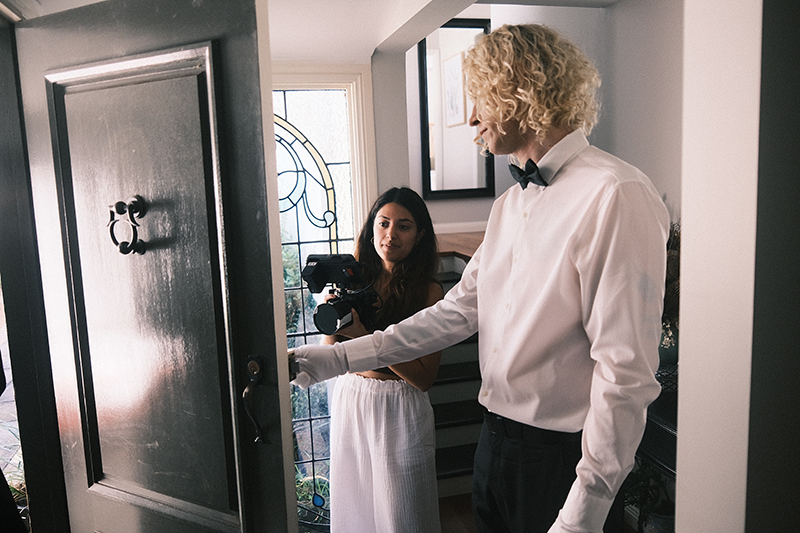 The clip is slow paced, which suits the cosy atmosphere, leisurely slipping from one scene or shot into the next.  Nothing moves quickly and there are no abrupt changes in direction or action. It always feels warm, like standing in front of a fireplace in winter. Even the absurd nature of the finale is gentle, the food fight is playful and mellow rather than forceful or violent. Blunt cited a couple of cinematic influences that they drew from when developing the aesthetics and story of the clip.

“It’s so hard to say this without sounding upsettingly pretentious, but whatever. We really drew inspiration from Taika Waititi and Wes Anderson, both from their pastel aesthetic palettes and from their use of absurdity and silliness to speak to something super emotional. There’s something about the combination of warm colours and childlike intrigue they each work into their films that is truly magical. I think we really set out to find a similarly special place.” 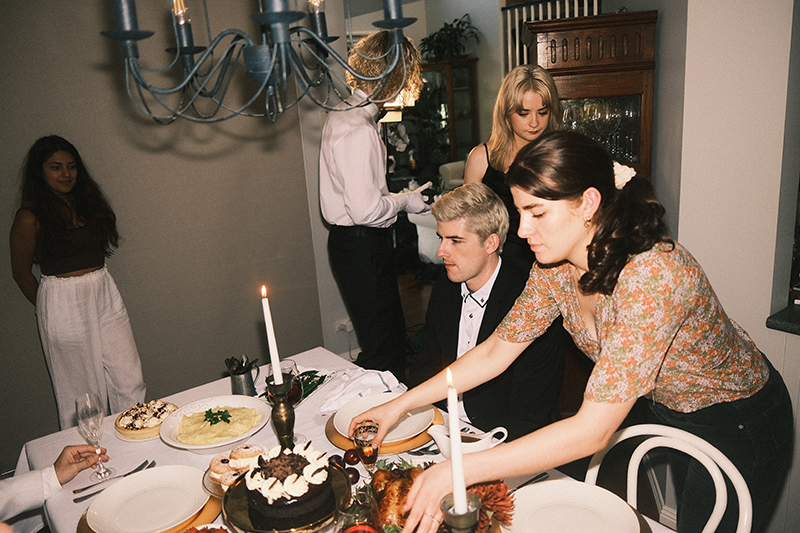 Wennington and Blunt have managed to create an enticing environment, from the tempting pull of wealth and class, to the availability of Gerard Way’s tears in a bottle. The main draw, however, is the option to be who we want, to accept it completely and celebrate it with everyone we love. Balancing themes of class, rebellion and acceptance is a tricky ask of a short video, but with FVNERAL’s subtle and unique humour it blends well into a unified piece.

“We’ve become pretty conscious of wanting to avoid pairing miserable or heartbreaking visuals stories with what are ostensibly melancholy songs, ha! So this video was our first attempt to tell a profound story using humour and absurdity. In a literal sense the story is of a one-person class uprising, but in a more figurative sense we wanted to show the power of being yourself to break down the walls around you. Right as the video ends, we decided that it felt fitting to sort of break the fourth wall as Tim drops character and starts laughing, and it was our way of emphasising how joyful and wholesome it can be to break down those walls alongside your best friends.” 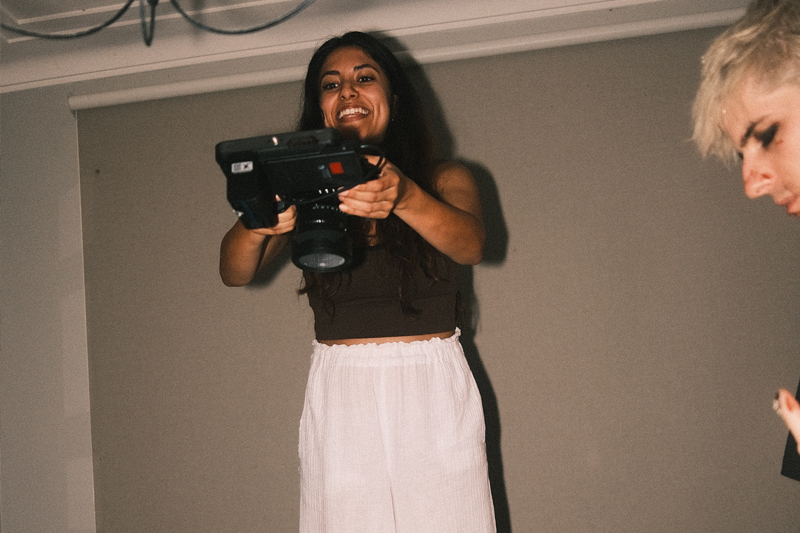 Wennington and Blunt teamed up with DOP Lorena Rabbani to create the clip. They shot primarily on a Sony A7iii with Sony 20mm 1.8 and the Sony Zeiss 35mm 1.4 lenses. The compact setup with tricks like incredible autofocus and image stabilization aiding their attempts to shoot in a small location, not purpose built to allow camera freedom. Co-director Jay Wennington explained their reasoning for the gear setup.

“As with previous FVNERAL music videos, the approach we took with CALIFORNIA STREET was low-key, handheld shooting with minimal gear. We opted for this setup for a number of reasons. Firstly, the lens set up is what our DOP, Lorena, was most comfortable with, and the external recorder afforded us the ability to record in pro-res for the most control on clips in post. We also knew we didn’t have much room to manoeuvre around the location so keeping the whole setup as compact as possible proved invaluable.” 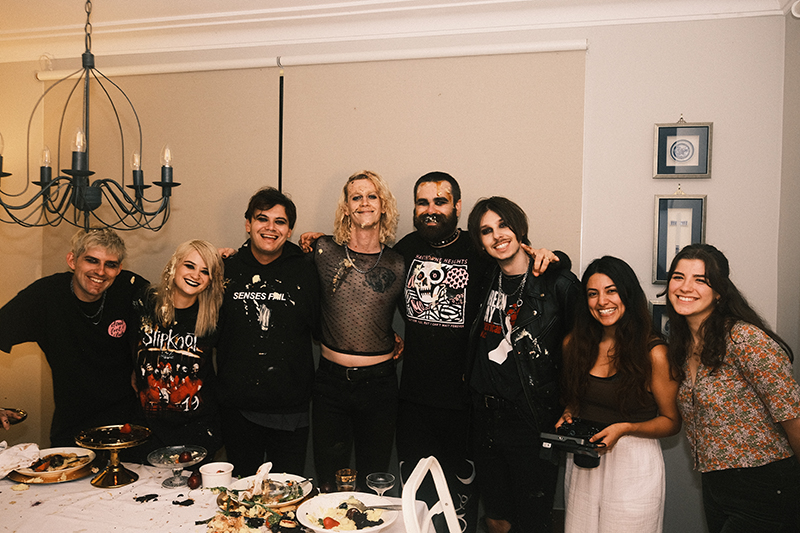 The clip for CALIFORNIA STREET uses the smooth music of the song and the warm lighting in the house to tell a story about breaking free of the bindings of class and living the way you would really want with your people. Their understated humour lends itself to the piece as a whole, allowing them to avoid the trap of being too serious but include thoughtful themes. It would be wonderful to unbind ourselves, if only it was a simple as drinking the tears of Gerard Way. FVNERAL’s approach has turned up something special and we can’t wait to see what comes next.

Here is the official video for ‘CALIFORNIA STREET’