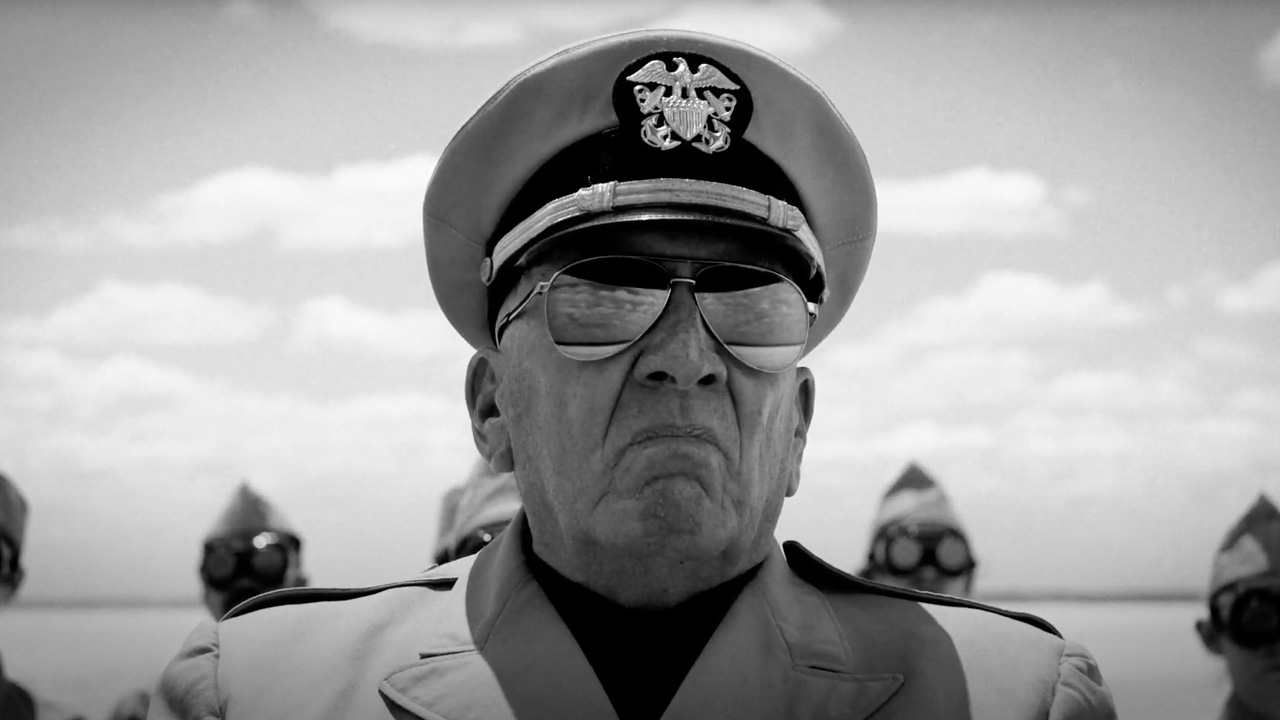 ny music video director will know the feeling of keeping a concept in the back of their mind for months or sometimes years, waiting for the right combination of factors to come together to suit it. Covid lockdowns forced just about every creative to shelve their ideas until further notice. Melbourne director Jack Rintoul, facing delays and cancellation after cancellation, vowed to keep one particular concept in mind to make as soon as lockdowns had eased; an idea that combined a love of atomic-era imagery with his workable knowledge of practical puppetry. 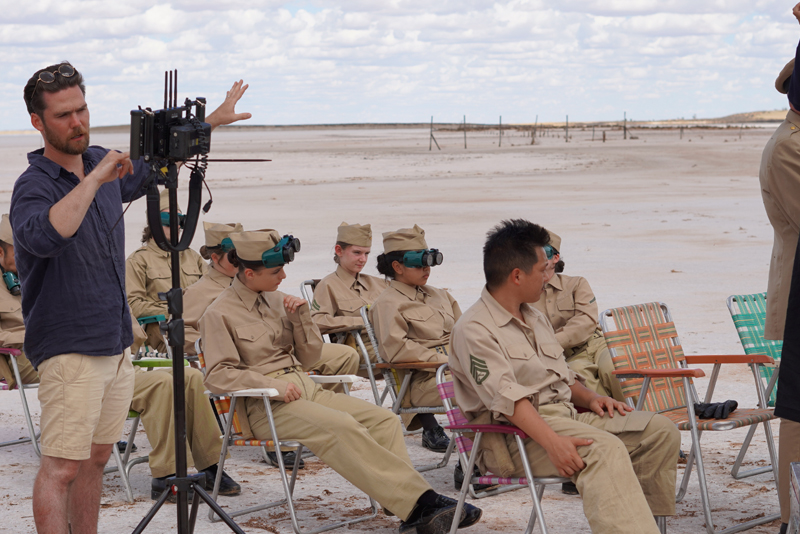 Having always previously developed concepts based off a specific artist’s work, the now lockdown-free Jack set about the task of finding a musician and track that would fit together with his ideas. The perfect collaborator came in the form of Indie Pop artist Sahara Beck and her pop rock single Nothing Wrong With That. Jack remarks:

“Sahara was really supportive. I actually expected some back and forth about the idea, but Sahara and her team surprised me by creating space for me to operate on my own terms. I think they understand the value of letting artists express themselves.” 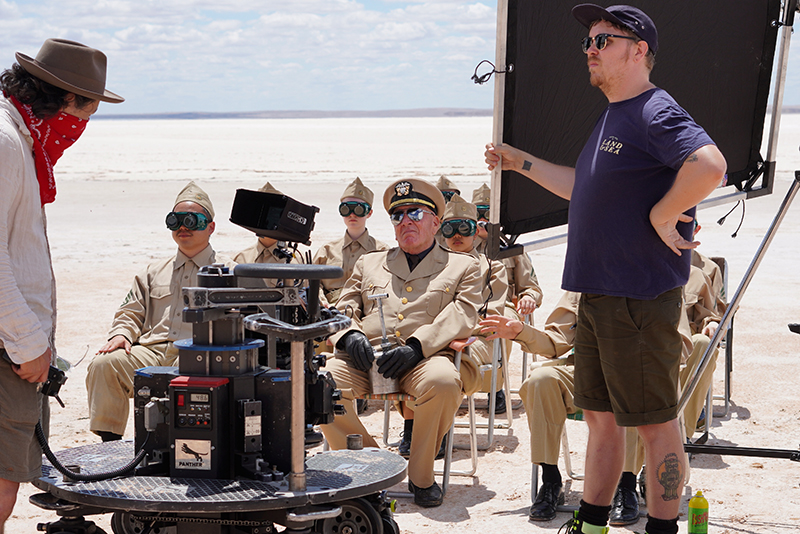 The clip takes place on a black-and-white sandy landscape, chosen to evoke the Mojave Desert. When a nuclear test goes wrong, a tiny lizard is transformed into a goliath-sized monster that uses its hypnotizing eyes to make the army officers observing dance like they’re in a vaudeville stage show. A simple idea executed flawlessly with practical monster effects – it’s a universally enjoyable watch.

“Doctor Strangelove was definitely an influence, but we also drew heavily on Creature from the Black Lagoon, The Wolf Man, Godzilla. DoP Helen Turton and I watched a hell of a lot of monster movies from that era and had a great time doing it. We cherry-picked little things we liked from all over the place.” 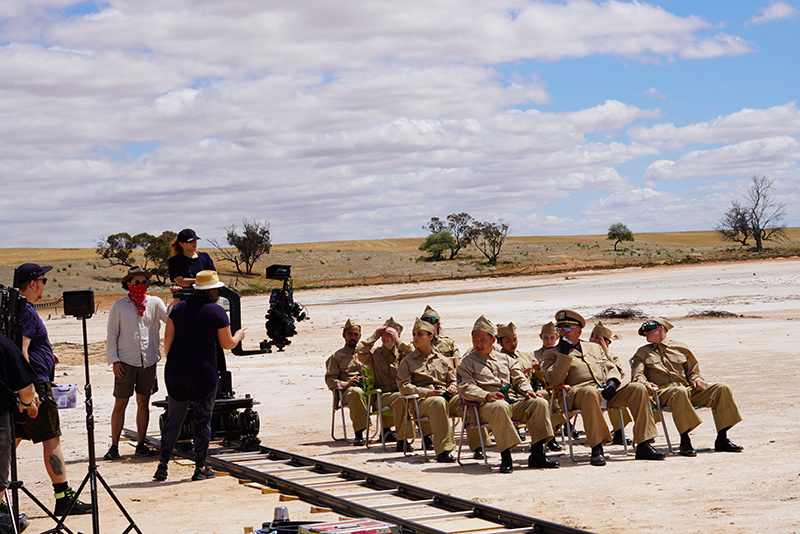 Michael Carman plays the stern-faced general who originally orders the nuclear test and then takes it upon himself to destroy the abomination he’s created. He effortlessly pivots between performing the intense military man and the skipping, prancing hypnotized dancer. His co-star is the towering lizard, brought to life entirely by practical effects.

“It’s actually not a suit. It’s a puppet, which I made. I had a little experience with prosthetics and knew many of the same techniques could be used in puppet making, so decided to have a crack at it. Of course, I bit off more than I could chew and luckily Helen came to my rescue, helping out with a lot of the mould making and casting. We had a lot of fun frantically figuring it out. We’re really proud of it. We named it Cosmo, after the lizard who appears at the start of the video.” 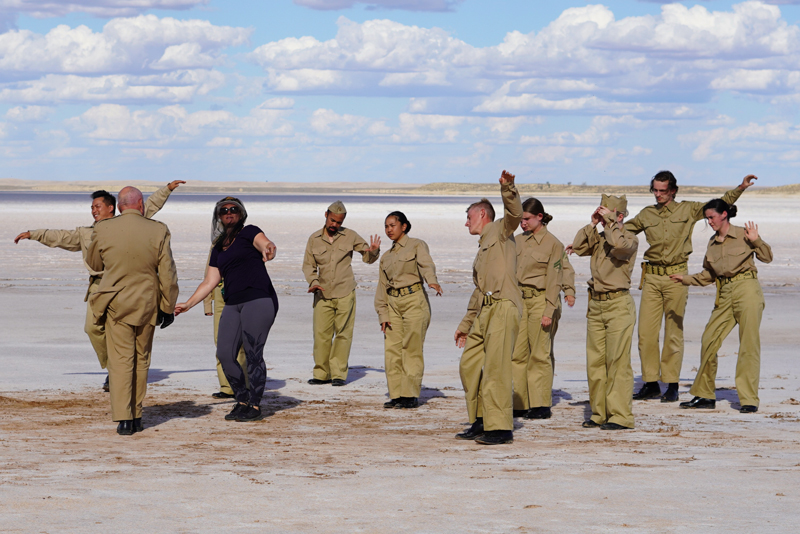 On the subject of making everything look to scale (ha ha!), Jack elaborates:

“The actors were about the only element in the frame that could establish a scale. Of course, forced perspective was an option, but we avoided it in favour of simple VFX that were already in our wheelhouse. We really wanted to emulate the look and feel of 1950’s creature features, so non-practical solutions for the monster weren’t part of our thinking. So much of the charm of that era comes from the practical effects and we did our best to maintain the aesthetic.” 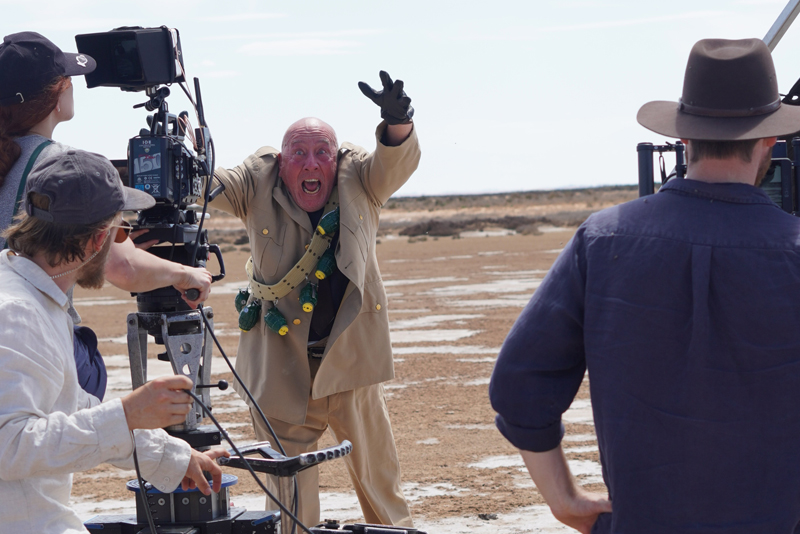 The concept called for a flat, dry, arid landscape and for Jack that meant one place: the salt flats of Lake Tyrell in northern Victoria. The flat ground allowed the crew to use a Panther Dolly to achieve the smooth track-backs that appear in several spots in the clip. For Jack, using analogue technology over high tech tools such as gimbals was important for maintaining the older look and feel of the clip. For the same reason, Helen chose a set of vintage Cooke Speed Panchro lenses to mount to the Blackmagic Ursa Mini Pro 4.6k camera. Small imperfections and rigid movement were key to keeping the style in line with the visuals. 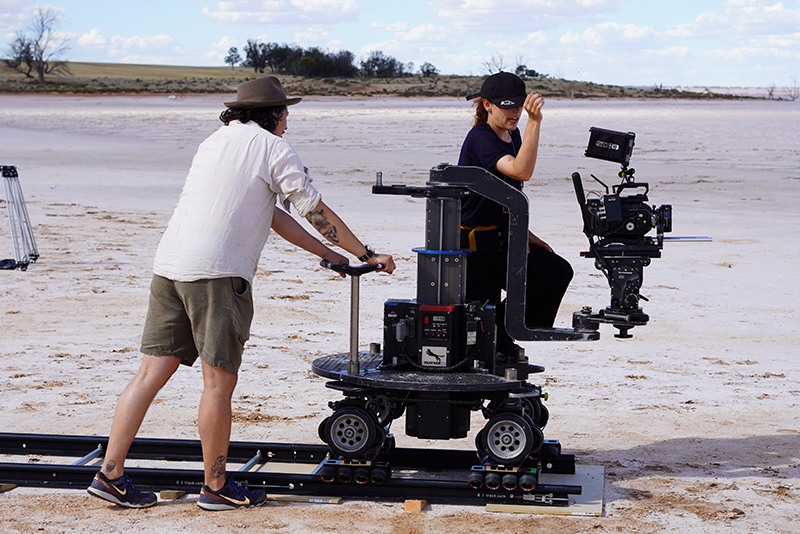 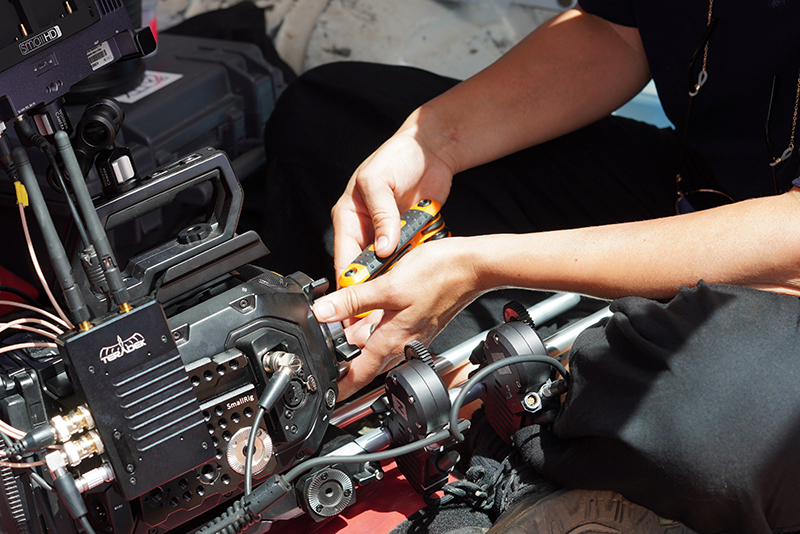 I knew of Lake Tyrrell from previous trips through the area, so finding it wasn’t the issue. But the thing we didn’t know about salt lakes is how susceptible to weather they are. The water table can sit so high under the salt that even the slightest amount of rain can turn the hard crust into slush in just half an hour. A few more days of rain can turn them back into a conventional lake. Our shoot was in mid-December. Day 1 was forty degrees. Day 2, we got rained out. La Nina turned the whole place to mud very quickly, including the dirt roads we’d come in on. We got bogged over and over again just trying to leave the location. It would take a lot for me to consider shooting on a salt lake again.

Location shooting was an exercise in tolerating mud, sun and bugs. In comparison, the bomber cockpit which appears in the most visually unique scenes of the music video was a relative breeze to film. Production designer Lotti Wessel built it herself and had the whole apparatus transported to Epic Studios in Prahran to make use of their green screens and simulate flying. 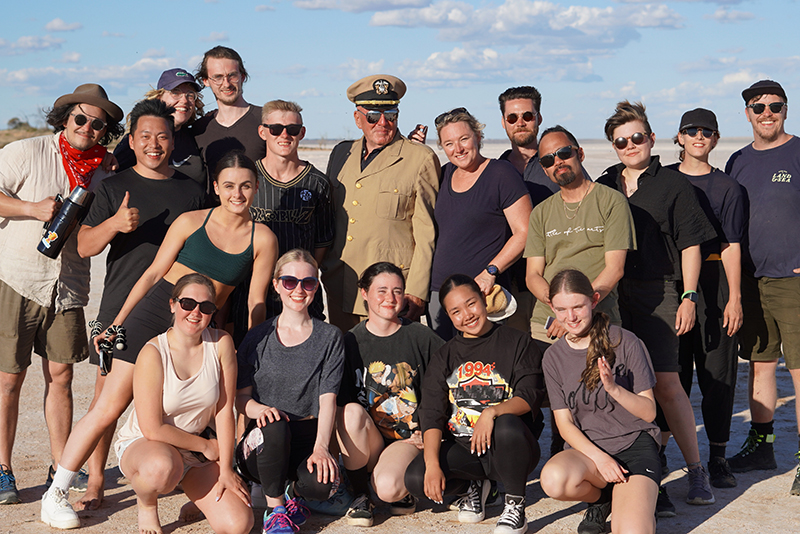 For any idea that’s conceived long before it can be put into action, there’s always the risk of having it not turn out as envisioned, or waiting so long that the idea loses its appeal and never gets made. Jack has been able to avoid these pitfalls and create something more than entertaining. Not only that, but the clip is also a great contribution to the declining art of practical effects and puppetry. With the likelihood of lockdowns diminishing with every month, hopefully from here on out there will be one less barrier between great Australian directors and their favourite concepts.

Here is the official video for ‘Nothing Wrong With That’