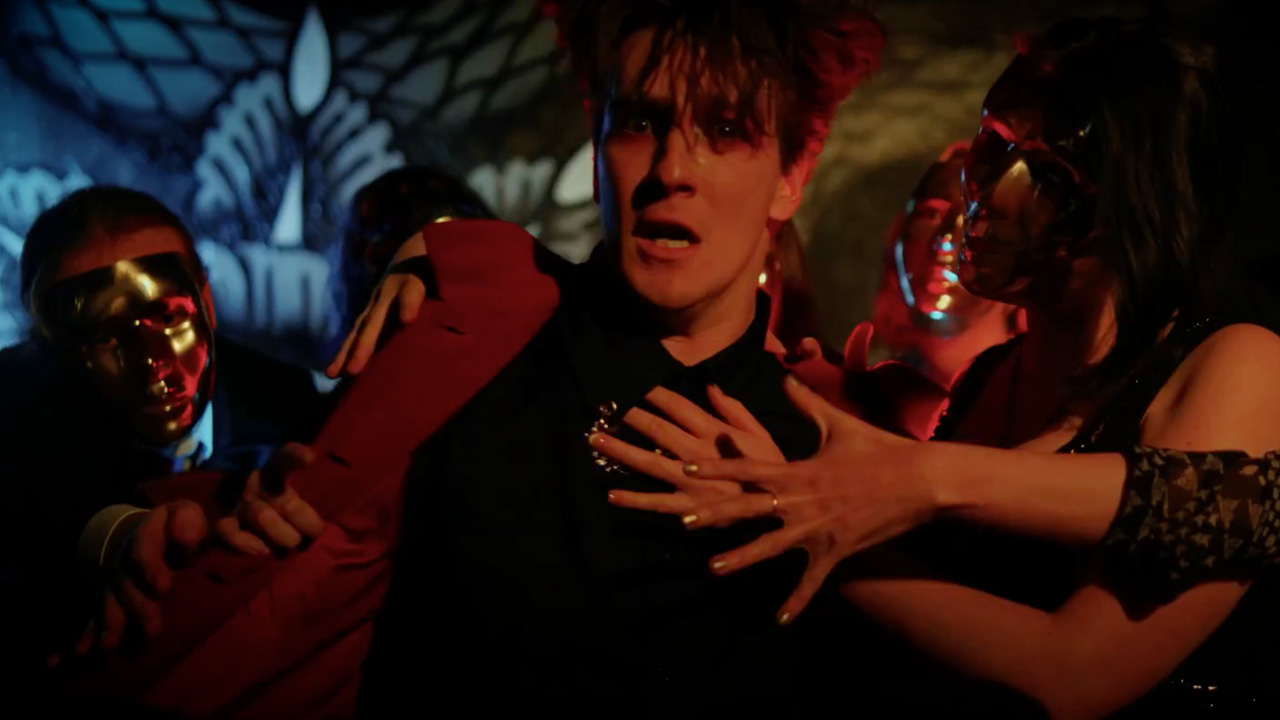 rom the first frame of Palace we are disoriented. Lead singer Liam Guinane’s face is seen sideways, filling the screen and bathed in green and red light. He opens his mouth to sing, and when bubbles emerge from between his lips we understand what we’re looking at – Liam’s face is submerged in water, looking down at us from above. 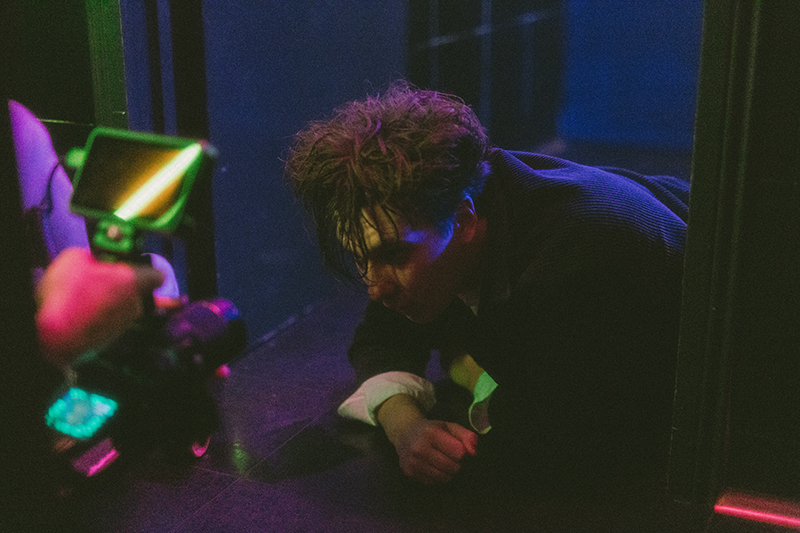 From there the clip doesn’t slow down, drawing us into a dark and seedy dive bar with no shortage of surreal imagery, with intensity matched by Reside’s emo rock tunes. The clip is a collaboration between creative group Crow River Visuals and Reside’s guitarist Ariel Johnson. For Crow River DP Jackson Bentley, working with a band like Reside who are notorious for managing their own video clips was a rare treat, and a chance for the band to diverge from their usual style. Ariel elaborates:
“Most videos we’ve created in the past have been mostly, if not all performance so from the beginning we were interested in a more narrative focus. Despite this, we also like to highlight everyone in the band without overcomplicating the narrative, so the natural way to go from there was performance. This also had the benefit of introducing the slight lineup change we’ve made with Dylan moving to keys from drums” 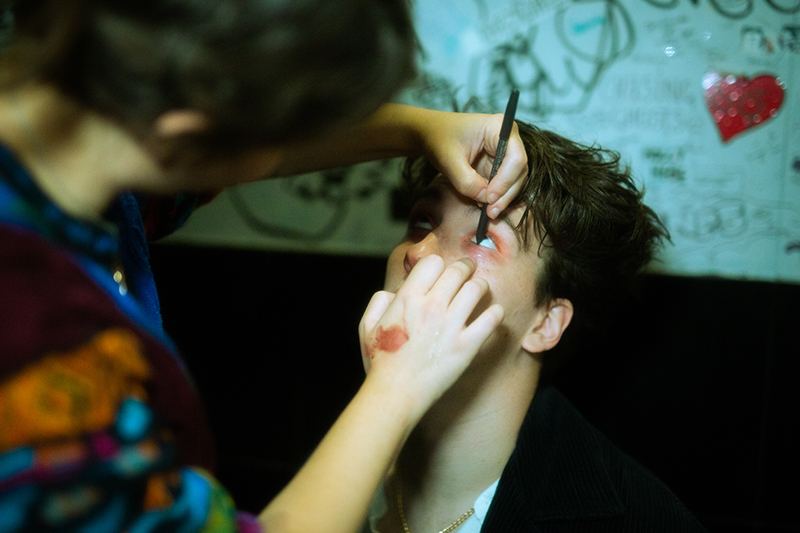 To Ariel and Jackson, who both have a hand in direction on the clip, a palace is a safe space that you can recuperate and reflect. To them, the clip is about the dangers of staying inside your palace too long, with influences from the likes of David Lynch.
“Things are kept intentionally vague in the video, as we wanted it to be a little dream like – like you’re deep in sleep, and you feel like you’re almost conscious of the dreams you’re having, but suddenly all control is wrenched away from you. There is a sense of duality as Liam first experiences events in the bathroom as if he were in the midst of a messy night out – something you may look back on with some sense of fondness. Upon miraculously cleaning himself up, Liam is invited to return to the bar to continue the good times. It’s here that we looked to start expressing the duality of this dream world – the nice trims, but something being off. Without revealing too much, we looked to give new context to the earlier scenes as the video progresses, culminating with Liam seeing the dream world with new eyes, and deciding he wants to tear it apart” 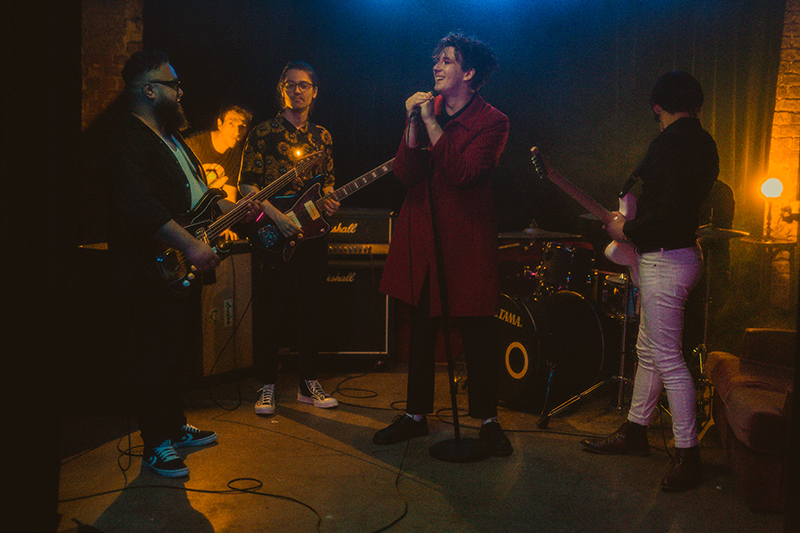 There’s no shortage of interesting visual artistry at work in the production design but Reside are careful to not over-indulge in their ideas. The edit is focused on the band and the surrounding surreal elements are shown mostly in quick shots and glimpses that build to a bloodthirsty crescendo. It can take a rewatch to feel like you’ve taken in everything there is to see. Stay Gold, the Melbourne live music location is dressed and lit in exciting neon lights, equal parts inviting and sinister which mirrors the themes of the clip. On lighting, Jackson remarks:
“This was actually one of the hardest music videos I’ve ever had to light, we knew we wanted a dingy underground night club vibe. And we wanted the neon lights to take the reins on setting the mood of the rooms and avoid using a clean key light over top, so filming in the bathrooms where the light reflects off the mirrors and tiles was incredibly hard. The strobes made sense in both making the video feel a little more chaotic but also creating the environment of a nightclub” 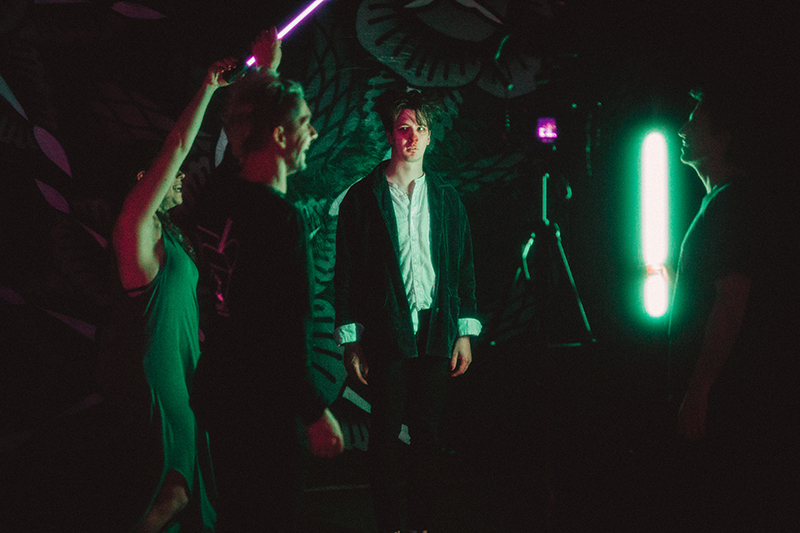 It makes total sense to find out that the clip was shot using a Sony A7iii, especially given the ability of this camera series to perform exceptionally in low or compromising lighting situations. This approach can be achieved on a low budget, giving the filmmakers the best chance of capturing maximum colour information that’s retained all the way through to post-production. Jackson further highlighted the particular lenses that were engaged for this project to allow for a diversity of shot angles:
“Most of the clip is shot between 3 lenses: a Sony GM 24mm, a Samyang 35mm 1.4 and a Sony E 50mm 1.8” 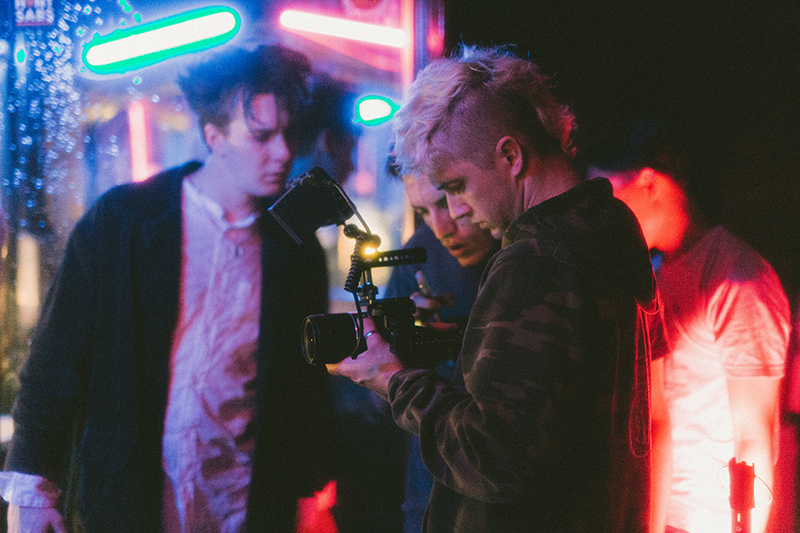 The impressive opening sequence was shot a week after principal photography, in an apartment belonging to fellow Crow River Visuals member Indey. Placing the camera underneath a fish tank and pointing up into the glass bottom, the crew were able to get a shot that seamlessly cut with the footage already shot at the Stay Gold bathrooms. 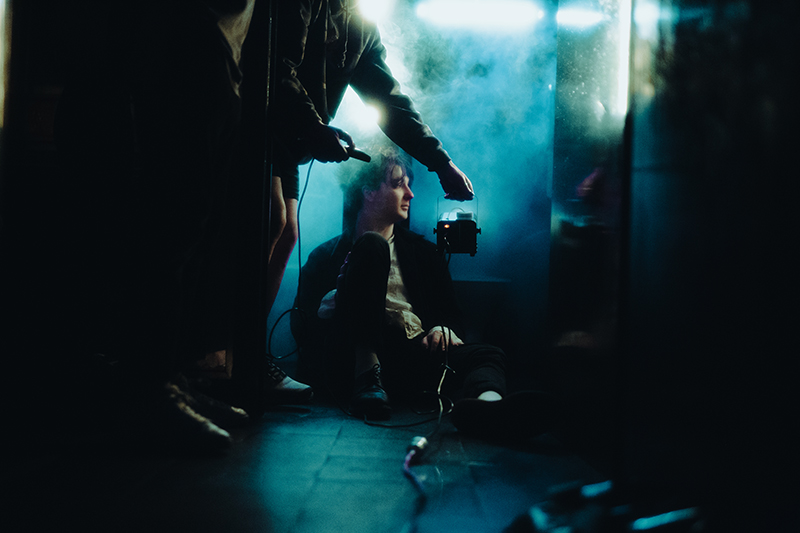 Reside’s collaboration with Crow River Visuals concludes with a clip that goes beyond a stock standard performance and they’ve accomplished this with flying ‘neon’ colours. This surreal audio-visual trip shows more than visual flair and attitude, but also gives viewers a sense of insight into the band’s character, presence and creative energy.

Here is the official video for ‘Palace’