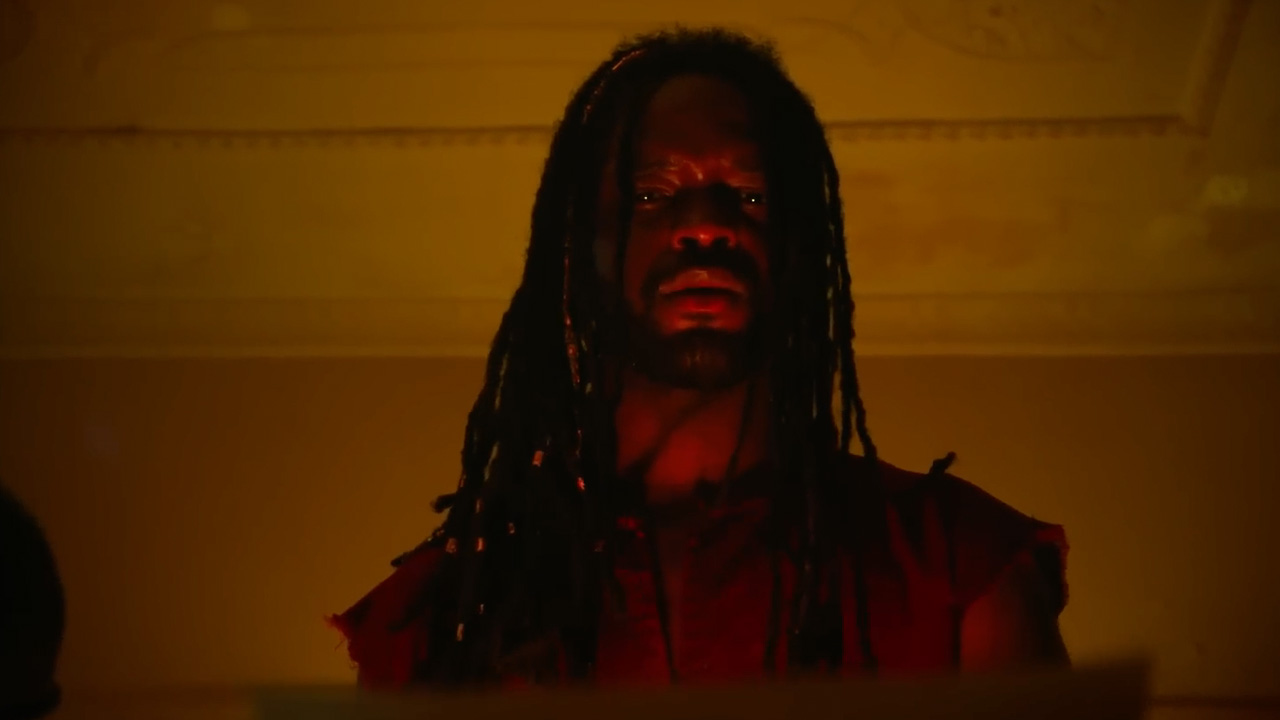 [dropcaps type=’normal’ font_size=’60’ color=’#ed145b’ background_color=” border_color=”]D[/dropcaps]irector Uncle Friendly (Rhett Wade-Ferrell) was waiting for the right project after a six-year hiatus from music video direction. With an interest in finding a project that allowed him to take on the challenge of transforming a simple concept into something compelling, the video for Genesis Owusu’s latest single ‘GTFO’ proved to be just that, and an opportunity that he described as serendipitous:

“For me Genesis is one of the most interesting artists to be working with in this country right now, and it was a great surprise to get a call from his management when I’d been thinking about how much I’d like to work with him. I’d been thinking about doing another music video and wanted to take a small idea and make it feel really big, so when the label’s creative director Ady Neshoda told me they wanted a video where Kofi (Genesis) is in a house trying to kill a cockroach it felt like an idea that might be stupid enough to be brilliant.” 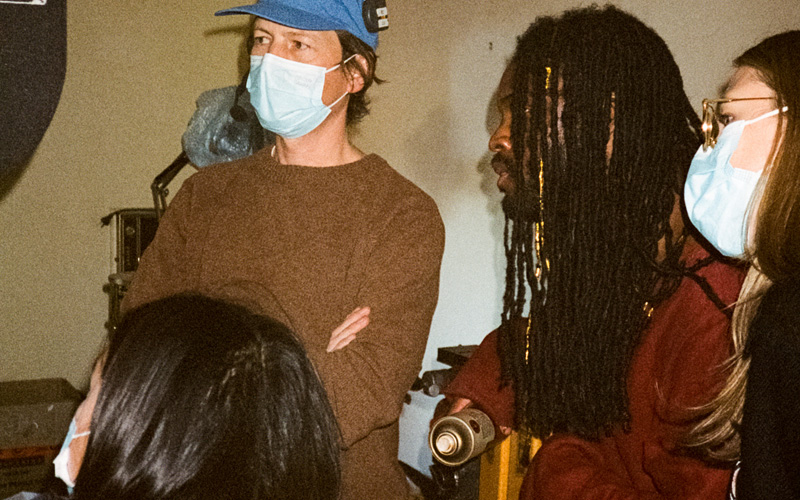 The video opens with captivating restraint, which becomes a swift contrast to the ensuing chaos. The set design is enticing, and viewers are drawn in by a pleasantly framed altar, candle-lit and adorned in religious iconography. The artistic direction of the house is the work of production designer Imogen Walsh, who was excited to dress the set according to Genesis’ strong aesthetic, and to work alongside one of her favourite directors. Imogen remarks:

“We spoke a lot about the space being a main character in itself and shared a lot of film and photographic references. Rhett has an amazing eye and steered me towards looking at Old Boy amongst other film/photographic references before he let me just run with it. I wanted to create the claustrophobic feeling of a house from another time. We also created the custom bug spray can and other elements to elevate the piece.” 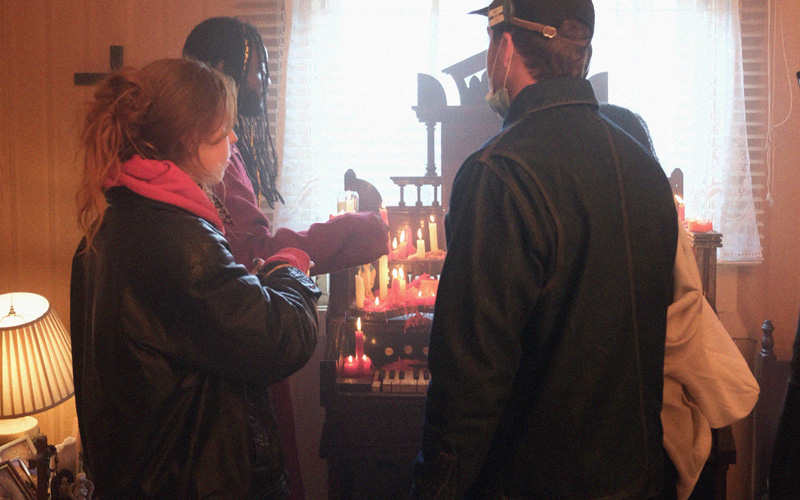 We are then introduced to the clips antagonist: a squirming cockroach, trapped underneath a glass, while Kofi watches intensely. Kneeling before the altar, he recites prayer until the cockroach escapes and the video escalates into a frenzied game of cat-and-mouse. The religious elements in the set and costume design created by Roma D’Arrietta, in addition to the warm colour palette suggest a state of inferno, allowing room for viewers to find deeper meaning. Rhett commented on the larger thematics of the video, and expanding the original concept:

“A man in a house trying to kill a cockroach can easily sound like a pretty silly idea, and it is, but when you take that premise and look at it through the lens of that man and the roach being stuck in some kind of purgatory, it gets more interesting. Then you bring in this idea of metamorphosis, which is an idea that Kofi brought up as an influence for his new album you start to get somewhere. These thematic motifs give you bigger ideas to play with while still giving you the thrills of the Tom and Jerry cartoonic violence.“ 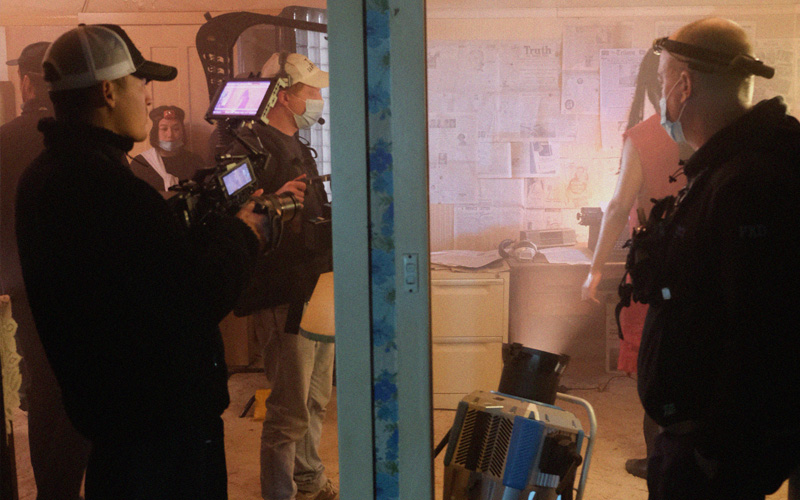 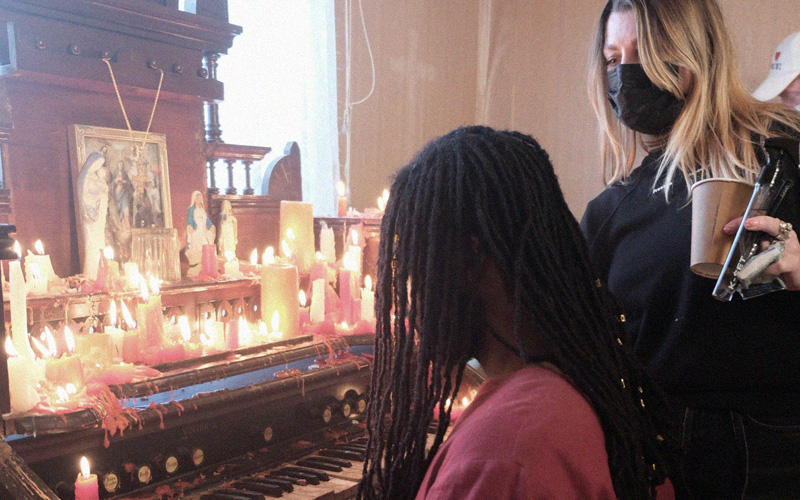 The cockroach was a CGI element in every shot except when it is captured in the glass, where the team opted for a live roach due to the interaction the roach has with the practical glass. The CGI roach was built by the post team at AIRBAG and animated by Floating Rock. The final lighting and comp work was completed by VFX artists Will Lovett and Heidi Wentworth-Ping under the supervision of VFX supervisor Rob Ride. Despite being a VFX element cockroach has character and a seemingly mischievous nature, as it taunts Kofi throughout the clip. As the song transitions and builds, the visuals journey with it. As Genesis’ pensive verses, delivered over a choral background, move to a synthy, bold chorus, the scenes develop in intensity. The camera shots become more dynamic as we feel the frustration and madness of Genesis’ character grow.

“All the tension comes from Kofi’s dramatic performance and the way that builds from scene to scene into the climax. The arc was always going to move from irritation to insanity and resolve with the death of the roach and Kofi’s deep regret. This is played in a sincere way but the whole video is a game of moving back and forward between dominant and submissive points of view as Kofi and the roach take turns getting the better of each other.  I think meeting a man in front of a shrine in a moment of worship and a couple of minutes later see him smashing it to pieces to kill a bug is a cinematic reflection of how tragic and hilarious a man can be when he’s trying to control the world around him.“ 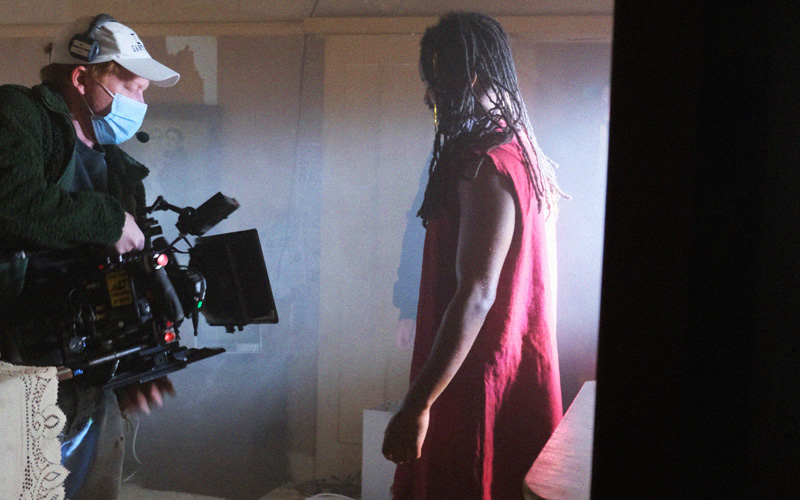 The team opted to shoot the clip on an Arri Alexa Mini, with the large format and raw codec being particularly suited to the moodily lit space. DP Jack Saltmaris chose the Angenieux 15-40, Angenieux  36-345, ultra prime 12 and 14mm lenses, each of them fast enough to expose the moody scene properly. For the messy dynamic shots, they opted to use an iPhone 13 pro and phone gimbal.

“I still can’t believe we used an iPhone. Jack is the kind of guy who isn’t ashamed of putting a big camera away and bringing in a little one if it’s the right tool, he’s not pretentious or trying to prove anything. I like it when DP’s aren’t afraid to put their ego aside. The shot where Kofi hammers the wall with the cricket bat was tricky because we were using a breakaway wall with a moving camera and a CGI roach that would be tracked in later. We only had one go at it because we could only afford one wall! It’s moments like that it’s great to have a crew that are solid and an actor/performer who can nail it first go. My favourite shot is maybe the rocking chair shot which I stole from this great film called Possession (1981) directed by Andrzej Zulawski.” 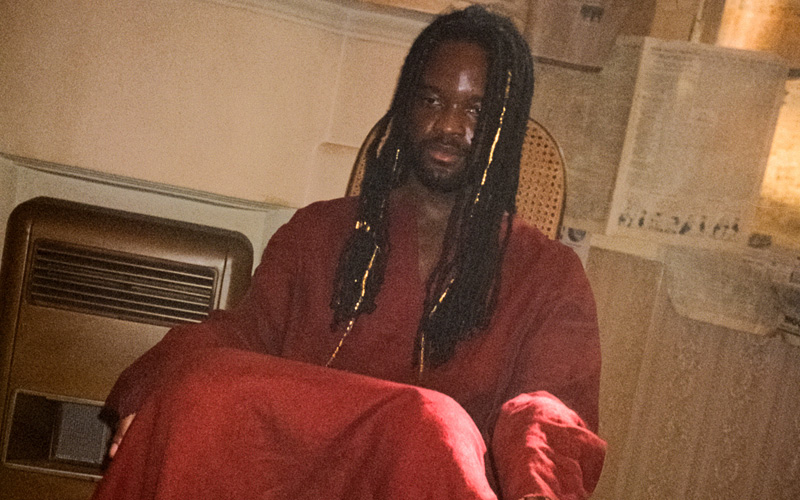 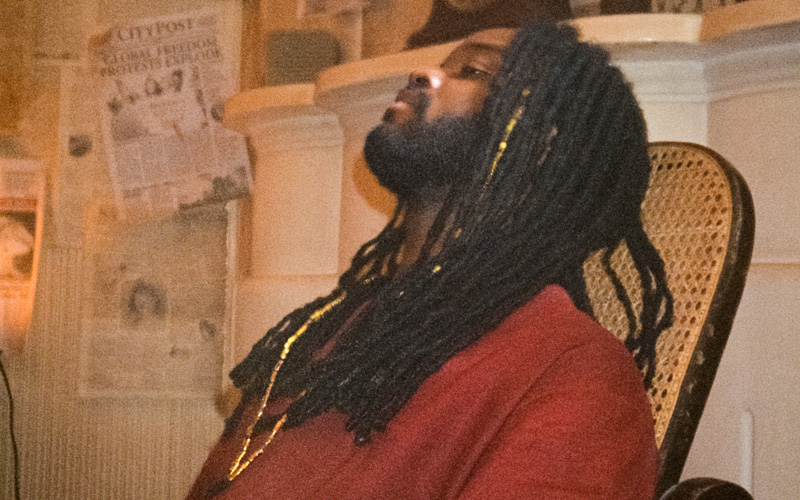 ‘GTFO’ is an exciting directorial return from Rhett, who shared his experience of returning to a music video set after time spent working on commercials:

“Usually music videos are more creative than directing commercials because you have a longer creative leash. You also have a lot more screen time to play with ideas and story which make the form extremely enjoyable. It’s great to make one after such a long time, it’s not that I’ve been avoiding them, I’ve just been waiting for the right project. The most challenging part is going from shooting 6 seconds of content a day for a commercial to shooting three and a half minutes in one day with very little money. But the greatest challenges often are what makes a project the most thrilling.” 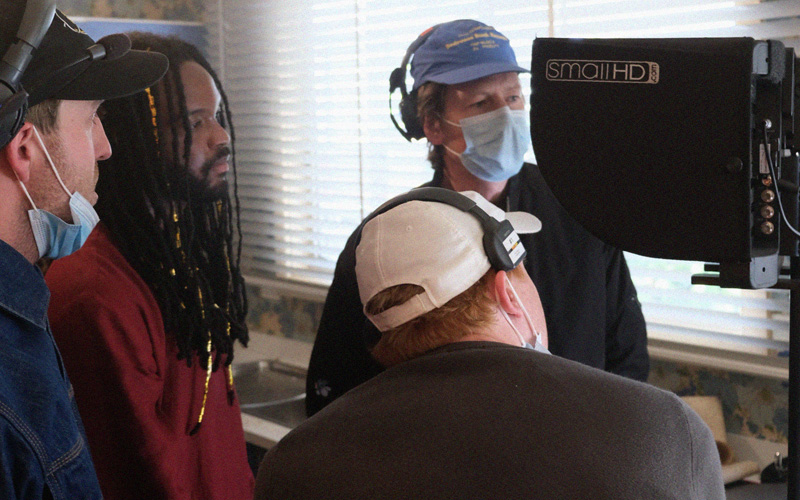 With a long hiatus finally behind him, Rhett has knocked it out of the park on his first try. With his appetite for the art form reignited, it’s safe to assume that impressive things are on the horizon.

Here is the official video for ‘GTFO’