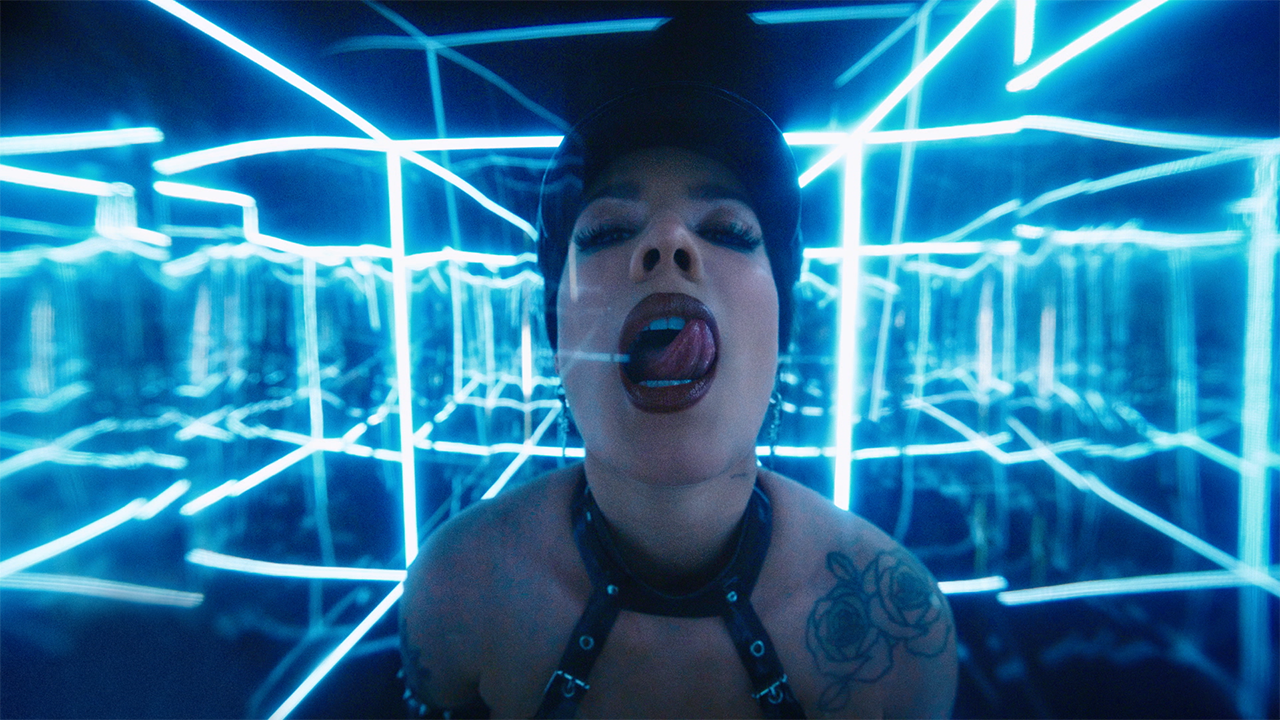 Equal parts empowerment and pure weaponised frustration, Halsey’s ‘Nightmare’ pulls absolutely zero of its punches. Less of a fight song as it is a fight back song, ‘Nightmare’ seethes with untouchable resentment, while also delivering a very clear message about the importance of being cognizant when every societal pressure is instructing women to do otherwise. As it’s so perfectly summed up in the song’s bridge: “I’d rather be a real nightmare, than die unaware.” 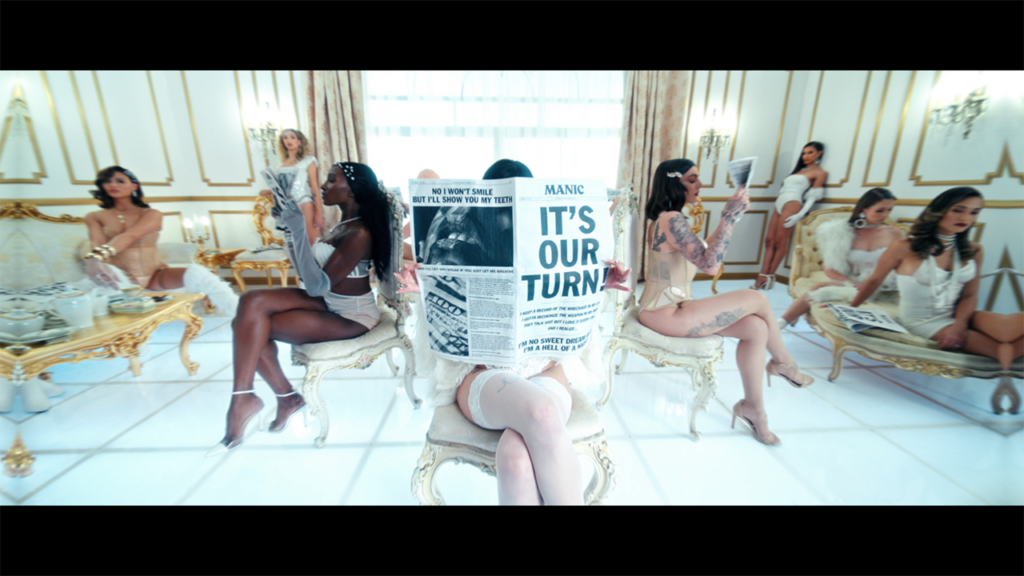 The importance of a project like this was certainly not lost on powerhouse director Hannah Lux Davis and when it came to conceptualising the visuals for such a piece, Davis knew that the key to unlocking the power of the song was realness: “When I first heard the song, it was pretty obvious that it was going to be a big moment for Halsey. The unapologetic lyrics, the anthemic sound of it all, and how timely it was in today’s climate. It had all the ingredients to tee up a video that could potentially make a lot of noise. I was honoured to get the call for such a “moment” – those come with a lot of responsibility and I don’t take that lightly!”

“Part of my process is that I work very collaboratively with artists. The more authentic the video is to the artist (and the song), the more successful I believe a video is. It’s my job to help artists visually articulate their ideas and create an environment (the set) for them to thrive in. In this case, Ashley (Halsey) had a pretty strong idea in mind for the tone of the video. She wanted to make something aggressive and “in your face”. She put together a vision board that correlated to some of the key lyrics in the song, and after we talked on the phone I went to town and expanded on the creative. A phrase we used a lot in the process was “Marilyn Monroe meets Marilyn Manson”.” 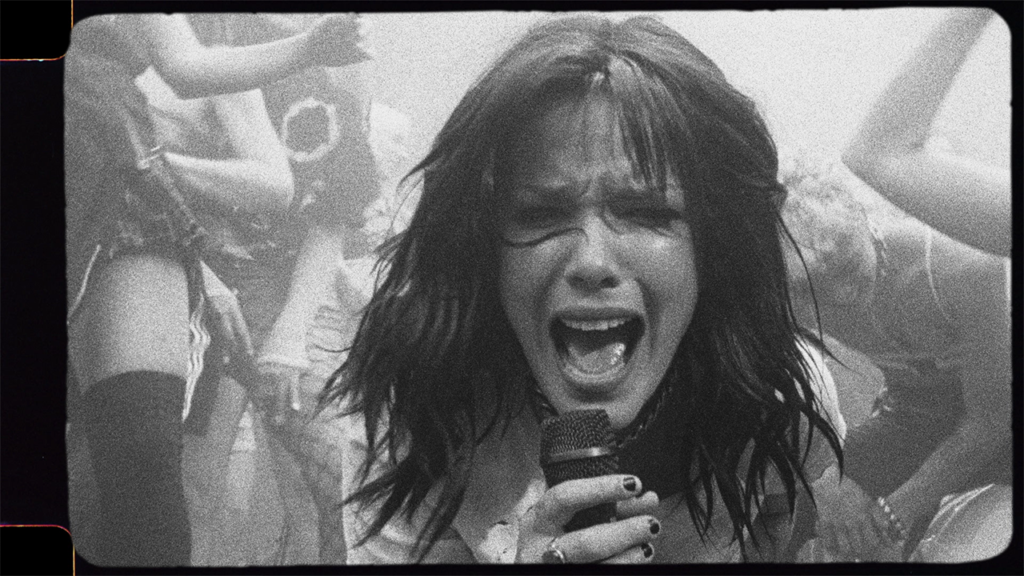 The resulting video is a frenetic flurry of power. A conglomerate of scenes that, while they are stylistically unique from each other, all carry the very same distinct message of female empowerment. From an all-woman fight club, to a massive punk show in the street, to a penthouse full of diamond-draped women reading the newspaper, the metaphors are clear.

The decision to present each different setting with a different look, style and even genre gives this incredible energy to the video, as Davis describes: “It all comes back to RAW. All of that visual variety was very intentional. We knew that we wanted to make a video that was montaged-based, rather than a traditional performance video or narrative, and it was important to us to show the dichotomy of what it means to be a woman — how we can be literally anything we want!” 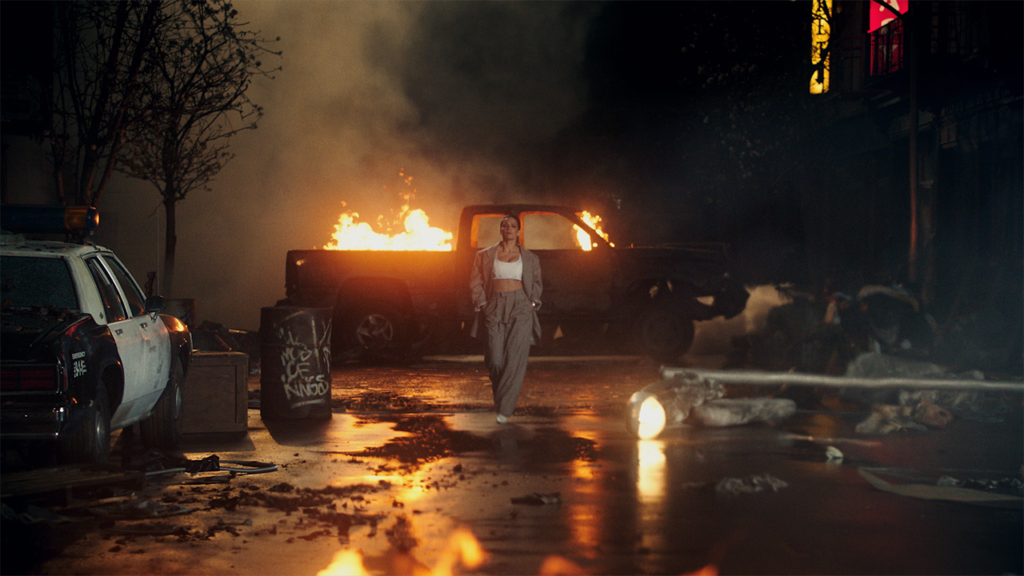 “Ashley is SO versatile and can legitimately pull off any look, and with a video like this, we were able to show off her range, which was so exciting as a director! There were times when she would say, “let’s make this take really ‘ugly’!”, and would pinch her skin and grab her crotch – she is fearless!”

“Shooting on both 16mm (black & white and coloured film) and on Alexa, we were really able to mould the looks of each vignette to be super unique and specific – curated. I believe this really helped the dynamics of the video, and gave it depth and texture, allowing the viewer to be constantly surprised by the unexpected and to FEEL different things. That sort of freedom and experimentation with the looks was a lot of fun!”

Throughout the video, Halsey is surrounded with all manner of strong powerful woman, the most recognisable of which being Suki Waterhouse, Cara Delevingne, Ryan Destiny and Deborah Harry. Iconic women who have all had their own parts to play in the ongoing fight for equality and recognition of women. 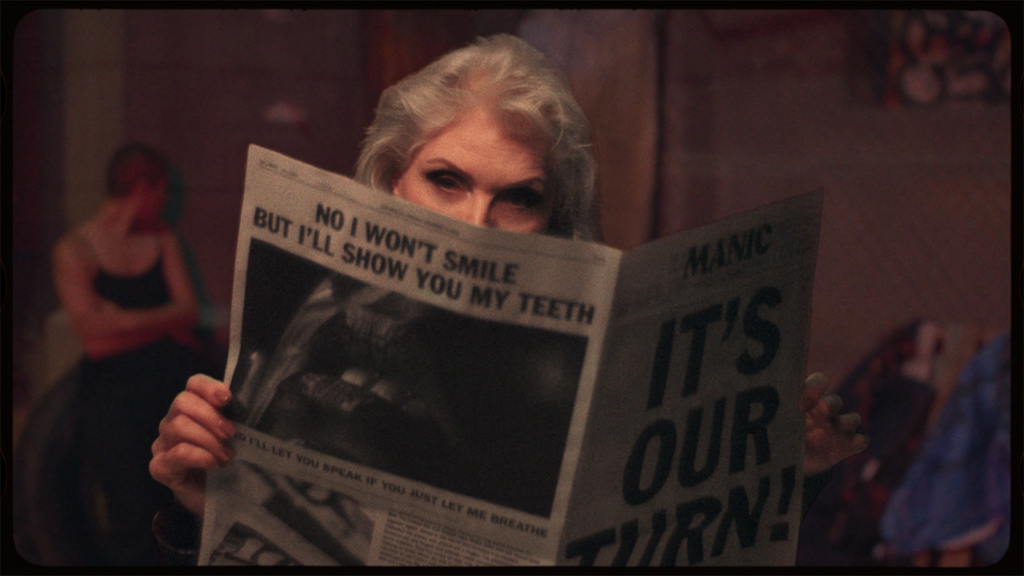 Lux elaborates on the choice to include these star characters in the video: “Having strong female cameos like we did really amplified that anthemic nature of the visual. They were all incredibly cool girls and it was fun to see what they brought to each scene. And WOW, Debbie Harry is such a legend. I was starstruck.”

This came as a bit of a surprise to us, to hear that Hannah Lux Davis still gets starstruck. ‘Nightmare’ is certainly not Davis’ first rodeo when it comes to big celebrity cameos, her recent video for Ariana Grande’s ‘Thank U, Next’ certainly comes to mind there, and on top of that Davis’ list of previous collaborators reads like a who’s who of the popular music industry. 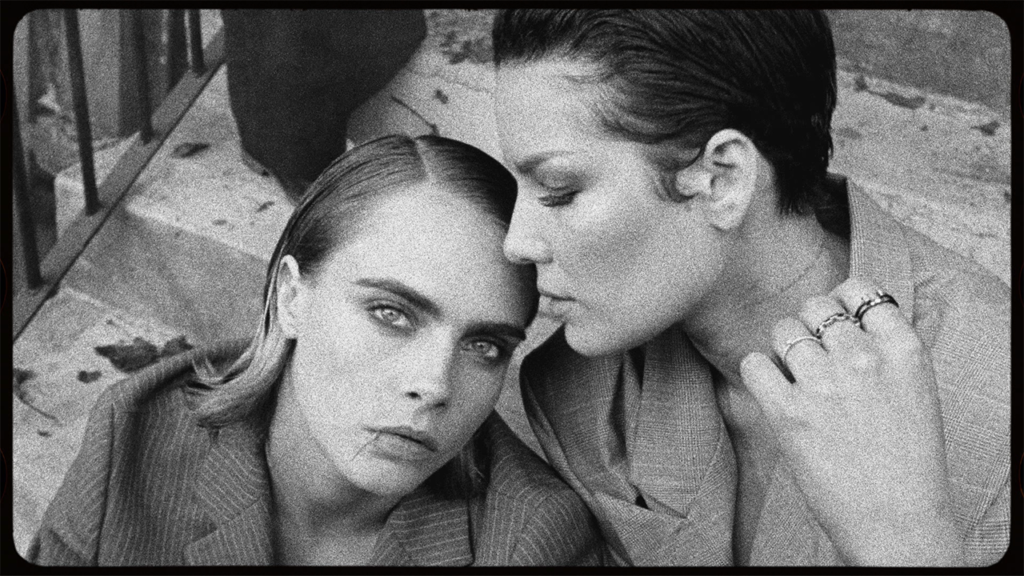 Having also worked with the likes of Miley Cyrus, David Guetta, Kacey Musgrave, Nicki Minaj etc etc etc, and with a back catalogue as formidable as any you will ever see, we asked Davis what it is exactly she looks for in a project: “I’ve been incredibly lucky to work and build relationships with the artists that I have over the years, and a trend I’ve recognized as being a real game-changer is authenticity. So, I look for that. When an artist is owning who they are and are confident in what they represent, everything else falls into place quite effortlessly. Don’t get me wrong, nothing about the production of music videos is effortless, but when we find that pocket for an artist that not only feels good to them, but seems to resonate, it’s because that artist really knows themselves, their brand, and their audience.”

This authenticity is certainly on show in ‘Nightmare’. This is clearly a subject so important to both Halsey and Hannah Lux Davis and that passion is absolutely evident in the video. As a result there is an indescribable energy to this music video that is nothing short of invigorating.

Here is the official video for “Nightmare”