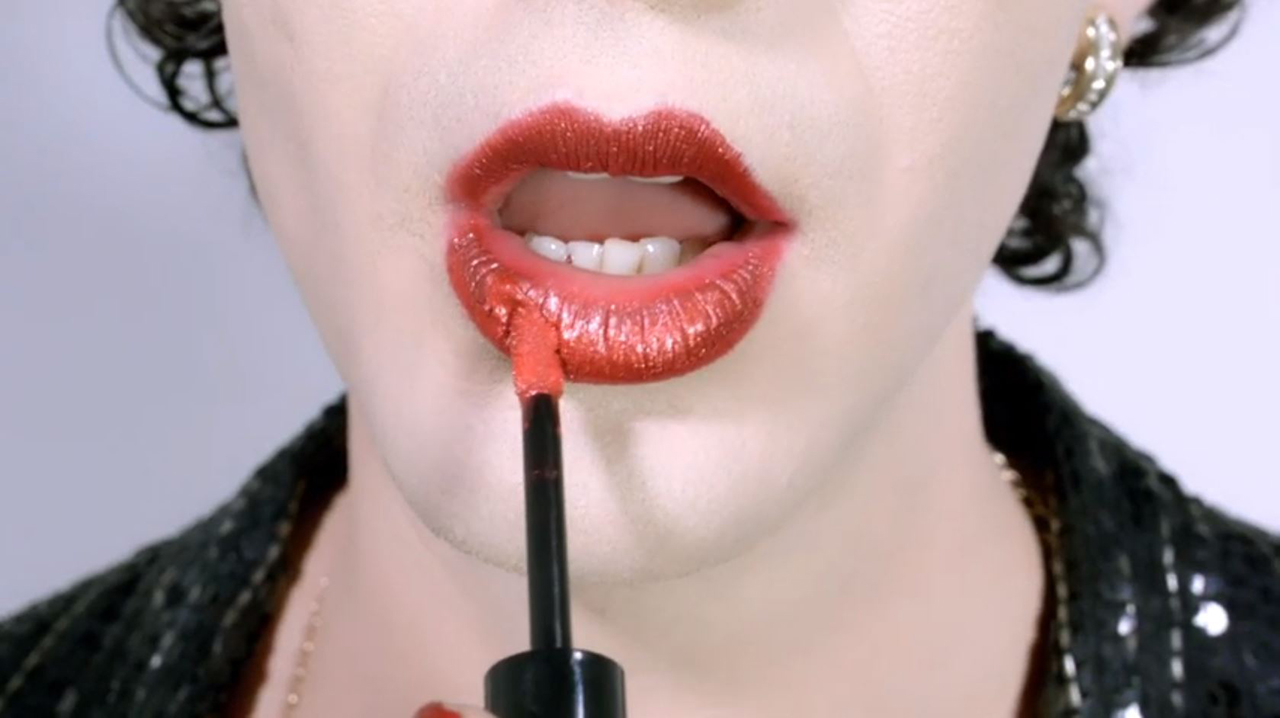 [dropcaps type=’normal’ font_size=’60’ color=’#ed145b’ background_color=” border_color=”]I[/dropcaps]n Paul Oremland’s documentary ‘100 Men’, a reflection on 40 years of queer history told through discussions with his past lovers, a line from a classified ad pulled from a 1980’s newspaper is referenced: “One nice boy wants another nice boy, to go to bed with and do everything else with”. 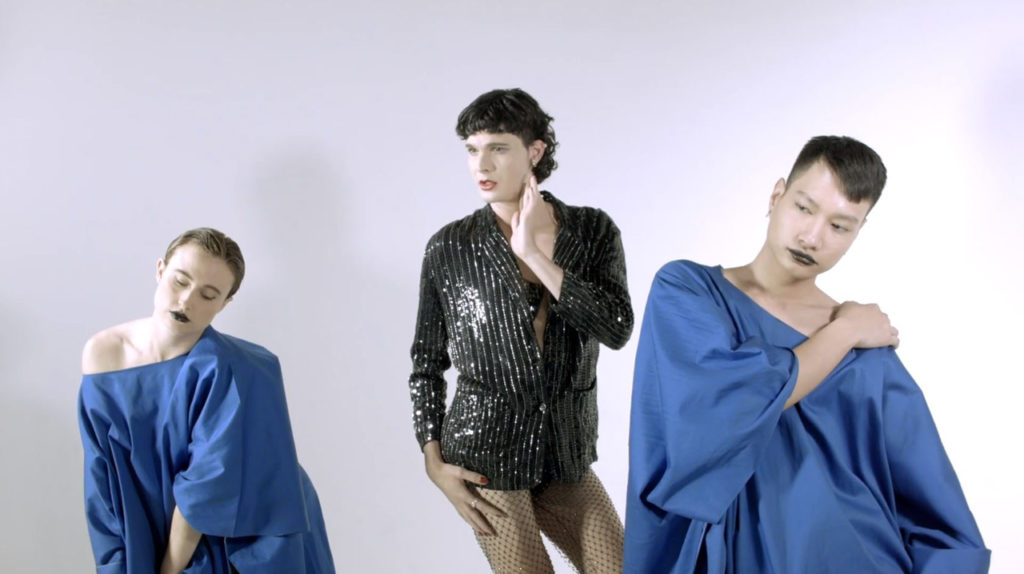 “I used this line as a central theme to explore, through my own personal experience, how I relate to the concept of love, relationships and sex as a queer person.” says Stephen Carmichael, Melbourne-based singer-songwriter and producer better known as Youthfire. The resulting track is ‘Nice Boys’. A quirky and at-times glitchy meditation on human connection and love in all its glorious forms.

When director Jac Meddings was tasked with the visuals for ‘Nice Boys’ he buried himself in the song to find the parts of it that he felt needed to be brought to light. Meddings tells: “I conceptualized this video the way I do most videos, listening to it a few times through to get a feeling for it, listening for themes or phrases that jump out to me, and then having discussions with the musician to hear about what they intended to express through the song. After this, I can generally piece together a concept. This particular project really grew and evolved throughout the process with the help of Youthfire.” 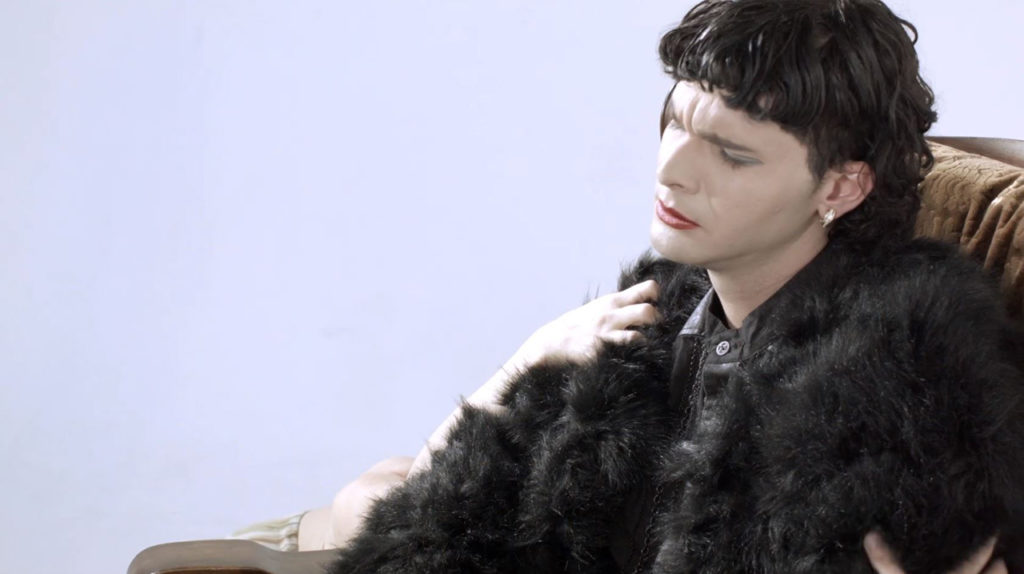 Youthfire does have this incredibly distinct style and personality about everything he does that feels truly authentic to him both as a performer and an individual. With ‘Nice Boys’ seeking to be an exploration and representation of their own experiences within a broader conversation, we asked Meddings how they set about capturing that eclecticism and character of Youthfire in the video.

Meddings replies: “The process was wild. Stephen is one of the most exciting people I’ve worked with. We had a great connection and creative energy after our first meeting which really helped grow and expand our idea. Stephen had really important input into aesthetics, costumes, and motifs which allowed his individualism to shine through in the video. Stephen also did the majority of the editing work which allowed for a lot of creative expression. I don’t think Stephen faltered even once during the entire process, always bringing energy and enthusiasm, that was really inspiring.”

The ’Nice Boys’ video is predominantly delivered as a series of expressionistic movements. Close-quarters interaction and intimate touching that is intense and evocative without ever becoming pornographic. Meddings explains: “The song had a really intimate and sensual feel which I wanted to express but not in an overly sexual way. Expressing this through dance and movement seemed the most appropriate. I wanted to show connection and intimacy between people as well as connection and intimacy with yourself.”

A lot of the video is driven around a recurring close up shot of Youthfire’s mouth and neck, which Jac Meddings used as a mechanism of articulating the themes within the song: “I love these shots and I also tend to use shots like this in a lot of my other work. It’s about isolating a small section of the body and maximising its potential for expression.” 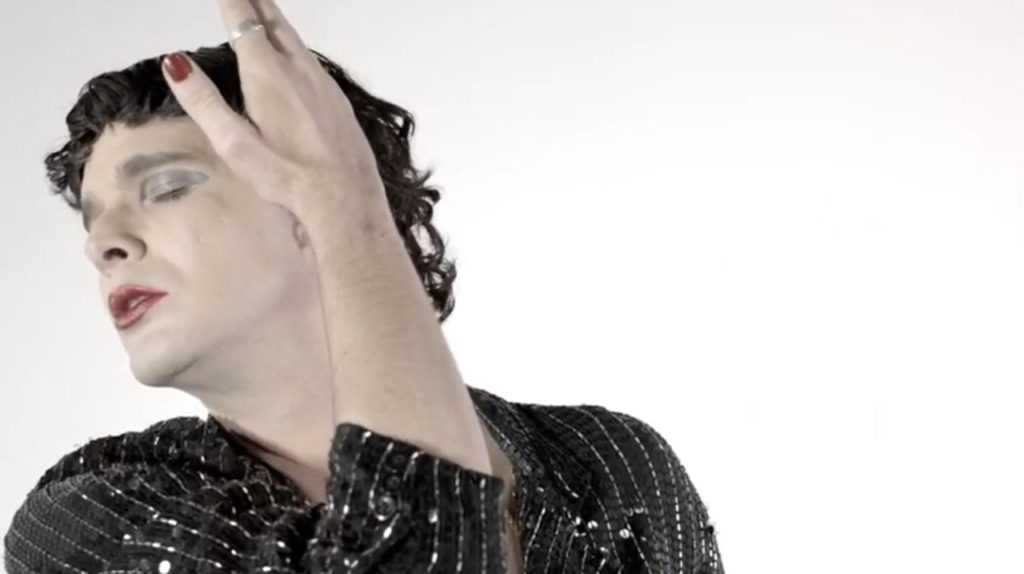 “Using the mouth and neck was again a choice based on the tones/themes of the song, the song references lipstick, sensuality, and voicing desires and concerns, all which for me could be symbolised by the mouth and neck. These areas were the most fitting for the song. Also, Stephens lipstick was incredibly glam and had to be filmed a lot, I couldn’t resist.”

‘Nice Boys’ is an original and intriguing piece of work and a video that delivers character and expression in spades. The over-arching seriousness of the aesthetic just has the edge taken off it by an inherent awareness and cheekiness that is present throughout the video, resulting in a wonderfully entertaining watch.

Here is the official video for “Nice Boys”