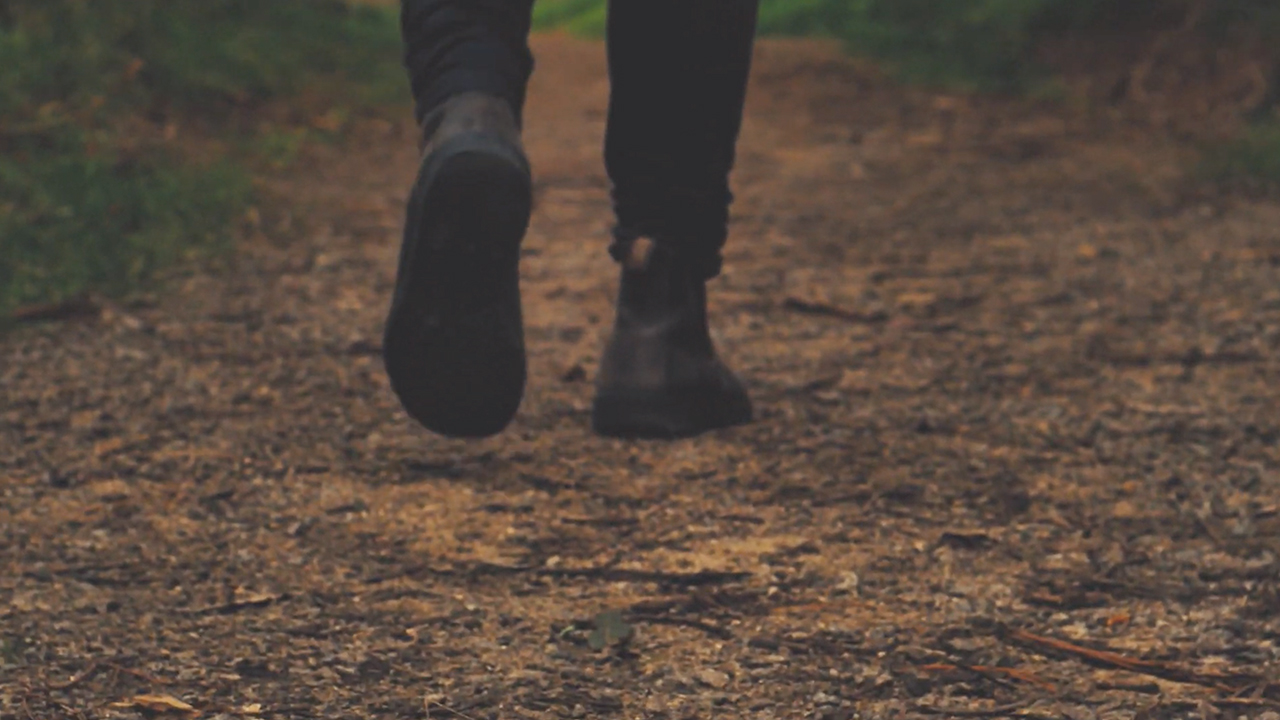 [dropcaps type=’normal’ font_size=’60’ color=’#ed145b’ background_color=” border_color=”]T[/dropcaps]here are few artists who appear to have a such a deep understanding of their own work as Hayden Calnin. After dedicating a great deal of his musical energy of late to his work in the Australian indie supergroup Ok Moon, Calnin’s return to the solo world has been officially marked with the release of the new EP ‘A Life You Would Choose’. Five tracks of soulful dreamscapes that walk such a delicate line between harmony and torment.

Perhaps it is this apparent connection to his work that leads Calnin to be so involved in the creation of his music videos. A film school graduate himself, where many artists choose to leave the videos to external powers while concentrating on the music, to Calnin, the two do not appear to be separate. The videos and the music are part of a whole. 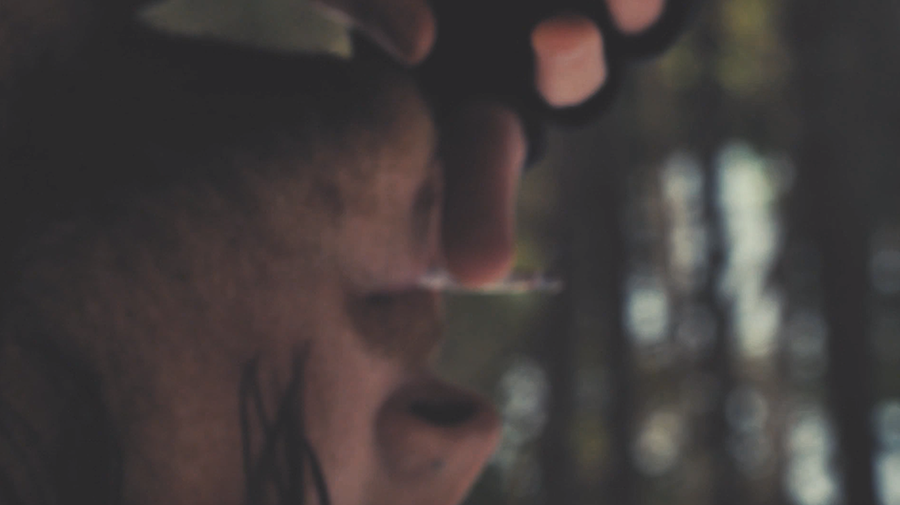 This wholistic approach has seen four of the five tracks on ‘A Life You Would Choose’ already given the accompaniment of a music video, most of which Calnin has either directed or played a very large part in the conceptualisation and production thereof. The fourth of those videos is for the closing instrumental track of the EP, titled “Made Of Everything”. It is a peaceful yet stirring exploration of space, carrying that feeling of fogginess that might surround a major occurrence or huge transition in your life.

For this video, Calnin and long-time collaborator Jack Stafford took a camera into the forest and to the beach, the backdrop of a dreary drizzly day the perfect foundation for Calnin’s dreamy contemplation. Calnin speaks quite candidly of the approach to the video, saying: “We had a very loose plan. We knew we wanted to film and capture a certain place but we had no idea exactly what things we would find there when shooting. That’s part of the reason I love working with Jack, he knows I trust him to capture all the little details without a plan in place, it keeps it natural and surprising.” 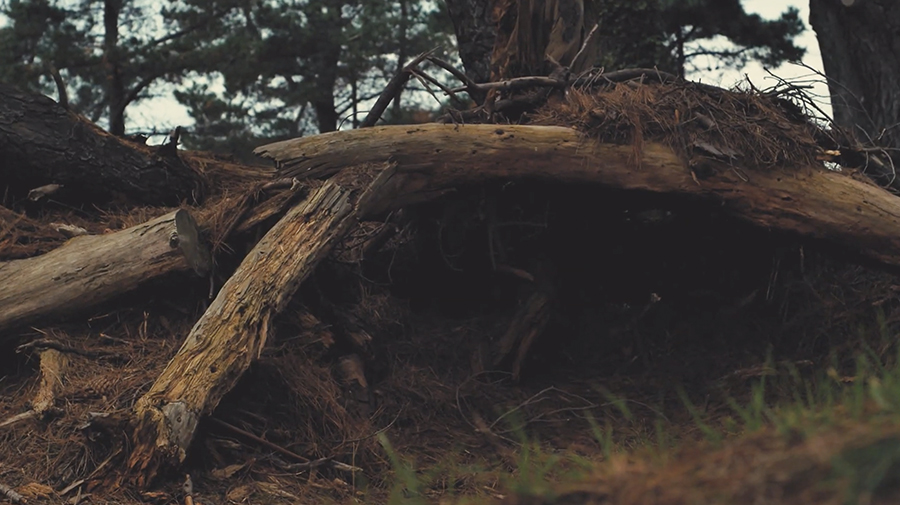 The result is a series of shots of varying natural textures, patterns and settings. Tree roots bursting through red rock, wind-warn bark, light waves rolling over black rocks. And amongst this scenery is Hayden Calnin, walking like a man with no real purpose but to exist, almost as if his body is in motion just to accommodate for a mind that is moving even faster, reeling or recovering.

This feeling of confusion or daze is expanded upon by the occasional use of upside-down and/or reversed footage. Trees growing downwards, waves rolling away from the shore. It is sort of uncanny without being bewildering, as the use of slow motion and the meandering quiet of the song maintain a certain peace. Calnin explains: “The upside-down shots are sort of an ode to the way I was feeling when I wrote the song. I wrote it after a big night out, at about 3am in the morning and definitely not in the best state of mind.” 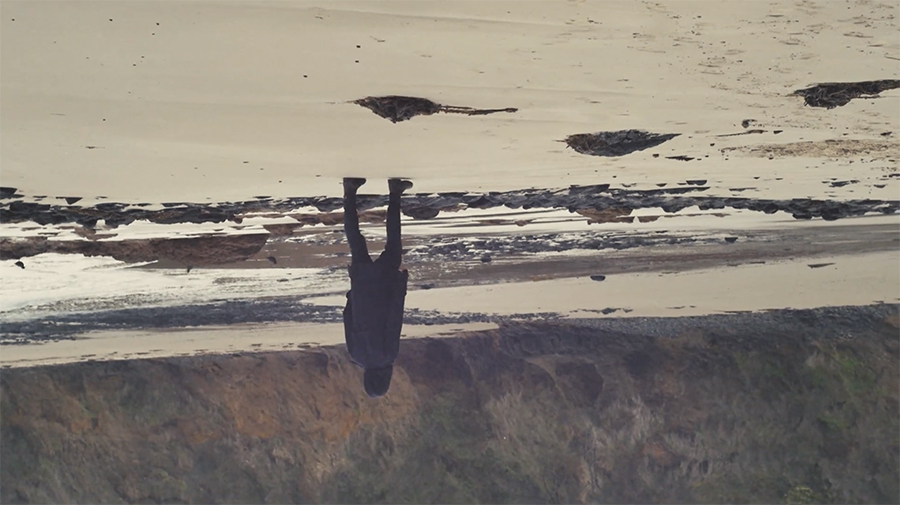 The forest is a setting often visited in Hayden Calnin videos. From the recent Maxine Beauchamp directed ‘Warm With You’ that followed a dog on the purest of adventures through a woodland setting, to the massively acclaimed ‘Cut Love’, a stunning expressive duet dance piece among a lush green forest, co-directed by Calnin and Lukas McFarlane.

As a result of the return to this bush locale, ‘Made Of Everything’ almost feels like a spiritual sequel to those videos, in particular ‘Cut Love’. If not a sequel then at the very least thematically linked as both feel like a deep contemplation among the trees. On his affinity with the bush, Calnin ruminates: “Some people are lovers of the cement cities, others the country and plains, whereas I’m a fan of forests. Any kind of forest, I’m into it. No idea why, I just love them.” 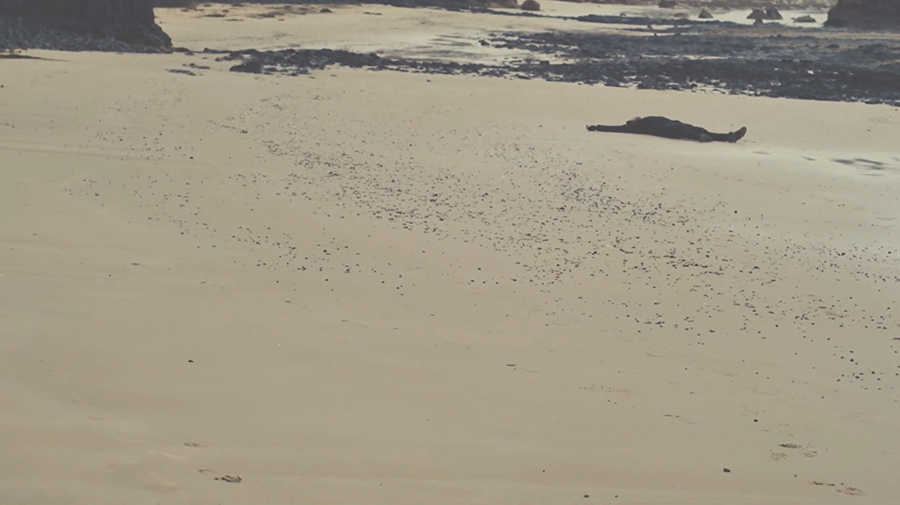 When asked about the choice to create a video for an instrumental track, a road not often travelled around the music world, Calnin replies: “Instrumentals aren’t created or released nearly enough by artists. I think everyone gets so caught up in the words that they forget to really listen to the music they are composing. Sometimes the music says enough. This is one of two instrumentals on the EP that allows my listeners to just sit back, listen and not be told anything. You can let it take you wherever you want.”

“I guess Jack Stafford and I decided to make a video for it so that the song could have a voice, without technically having one. The video is for those curious where the song takes me personally.”

Here is the official video for “Made Of Everything”