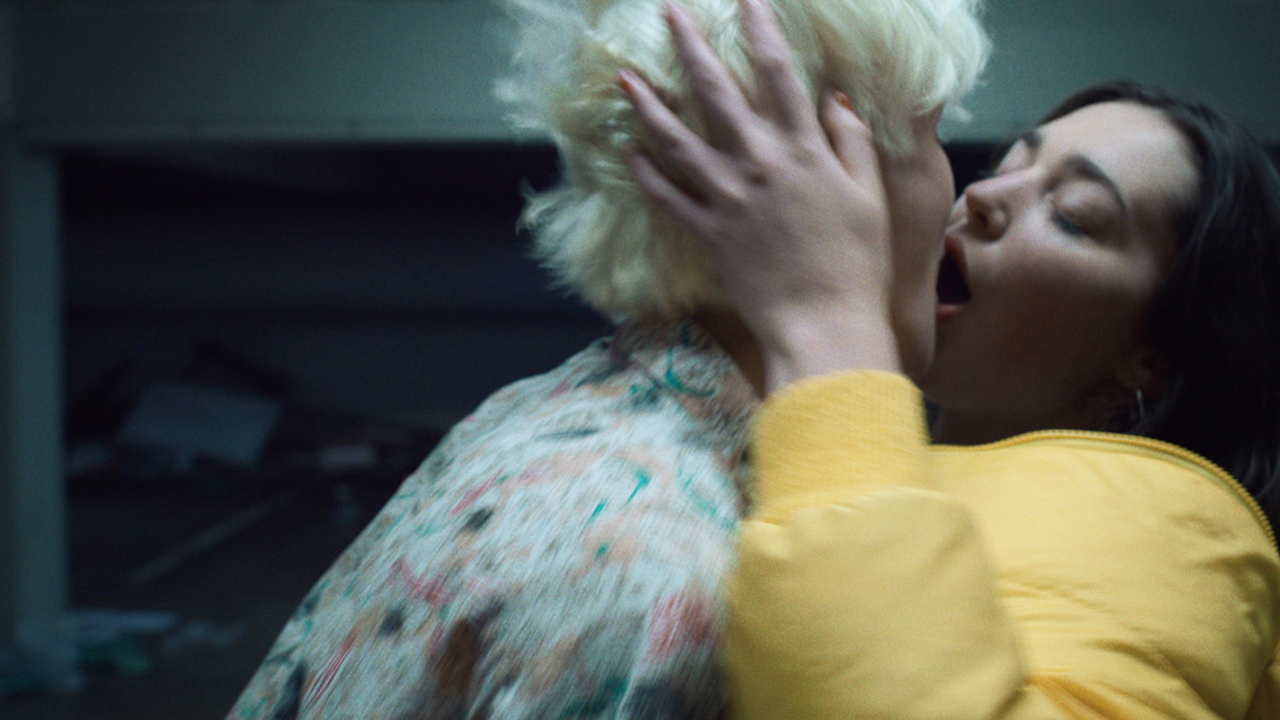 From the very first thrashed rung out chord, the tone of ‘Enemies’ is set. Wild, passionate and chaotic. This was a vibe that NZ director Dylan Pharazyn was determined to capture in his video for the track, which follows a young couple on an increasingly confounding and hostile excursion through a desolate urban maze. “The spark of the idea was from the title, the word Enemies made me think of stereotype baddies in Hollywood movies, and then the song has this amazing emotional energy, really heavy and wild.” Pharazyn explains. 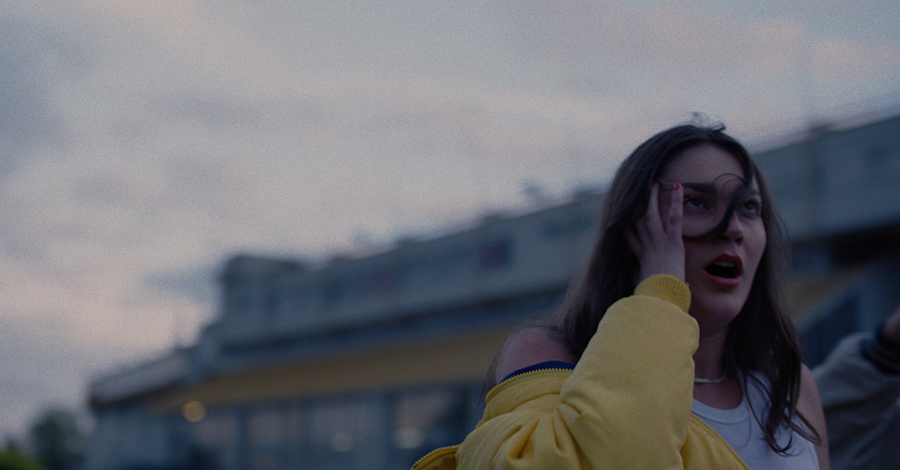 “For me the lyrics and song get at that feeling of instability post break-up when there’s full on confusion around who your friends are, so this began to form into this full throttle dream sequence in which a young couple bash through a bizarre night. I liked the idea that things or people they see, at first appear one way, then change and become dangerous, so they find new places, strangers who at first seem normal become ultra-strange characters who scare, chase and stalk them. I wanted their delusions or visions of their surroundings to twist around them forcing them to kind of free-fall from one weird place to the next.”

Perfectly matched to the relentless drive of ‘Enemies’, the frenetic energy of the video never lets up. As the couple make their way through these environments of concrete and dinge, passing all manner of eccentric and ever-so-slightly abnormal characters, the viewer is dragged into the paranoia of the protagonist. Utilising a physical space in a way that reflects the discomfort and uncertainty of his characters is something that Pharazyn has mastered in previous videos, and ‘Enemies’ is no exception. 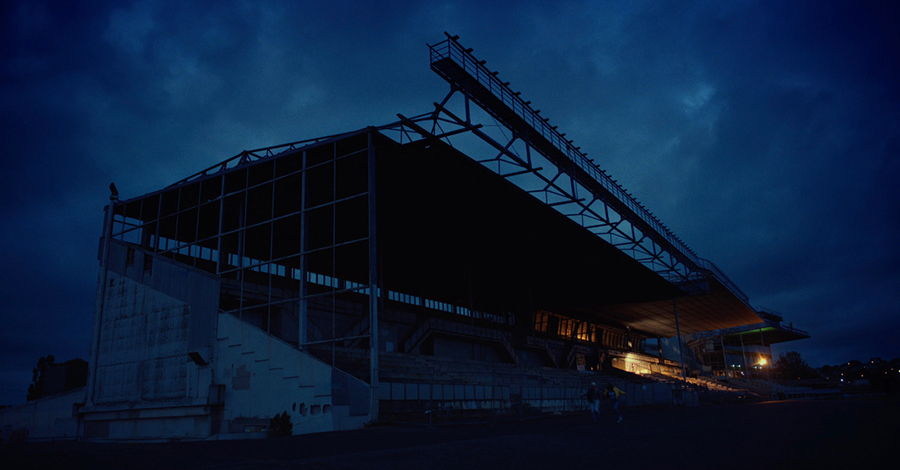 “I wanted the world to feel complete, this sprawling labyrinthine run of neutral spaces… deserted, ramshackle… like a modern wasteland after some kind of an event. I had this whole backstory running that was built out of paranoia movies and dream logic, I wanted each place they went to have a kind of a new chapter in the story.”

The unsettling nature of these settings is heightened by the way Pharazyn uses lighting. Harsh fluerescents that flicker and blink in strange rhythms, great swathes of shadow barely pierced by rich colours, the style becoming more fantastical and off-kilter as the energy and mania of the characters accelerates exponentially through the song. Pharazyn elaborates: “The lighting cemented the feel of the dream space. It was fun exploring intense lighting set ups to work in with the strobe edits, they were often simple solutions but enough to lift the style out of straight drama and into something more playful.” 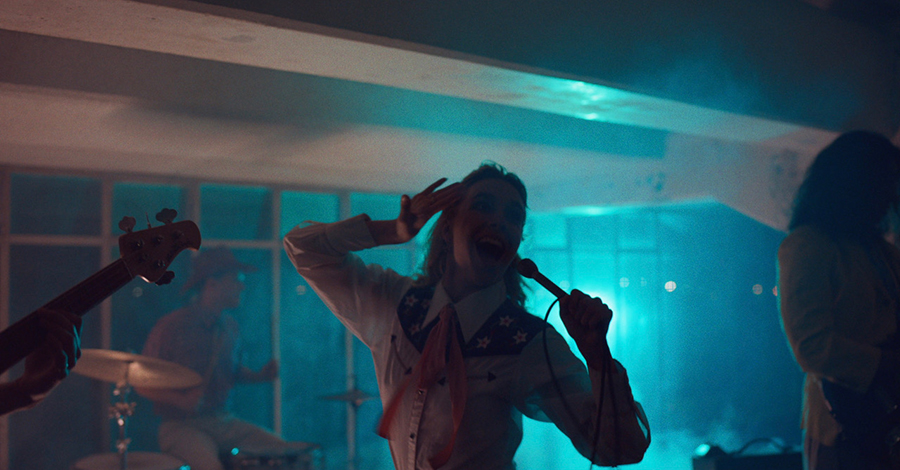 As ‘Enemies’ reaches its brash and emphatic bridge, the characters enter a room to find Miss June performing. Rather than the usual concert scene of a venue packed with punters, hands in the air, rock’n’roll pomp, Pharazyn instead opted to present the band in this repurposed warehouse space of concrete and glass, dimly lit with otherworldly blue and off-yellow. The crowd, a smattering of enthusiastic dancers, frantically exploring their own space, engaged with the music rather than with the band themselves.

It’s such a different way to deliver a performance section, but doesn’t at all feel at odds with the rest of the video, only standing out as peculiar after deep analysis. As Pharazyn explains: “With this kind of world the band scene felt right. The bands wardrobe all had to fit the tone, a kind of broken late 80s dystopia feel, a waster gig in a deserted city, so just a few vagrant/drifter/lost-it types in the crowd.” 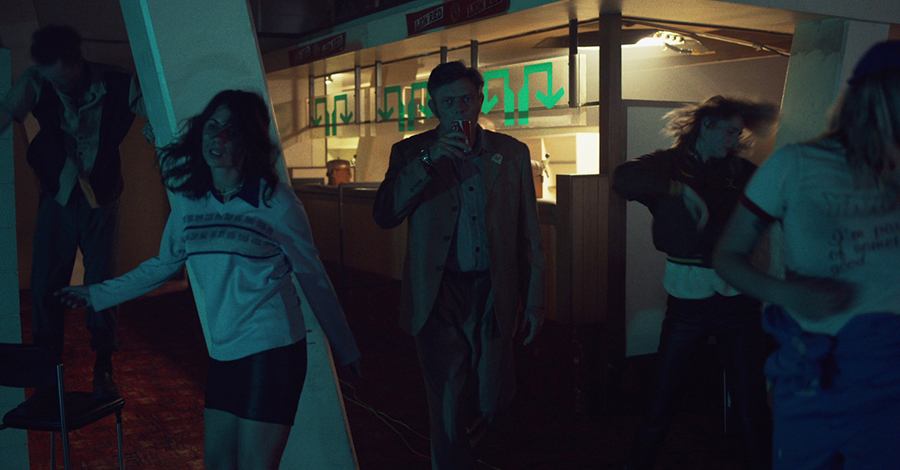 As the woman collapses under the weight of her own bewilderment, grasping at her head to stem the intrusions, her blonde partner carries her from the scene in search of reprieve. Their momentary peace is again disturbed as their endless chase reaches its conclusion. They are encircled by a barrelling semi-trailer and the woman’s paranoia appears confirmed.

When asked about this culmination, Pharazyn replies: “I like endings being open especially in shorter lengths or music promo stories, there’s barely enough time to connect let-alone resolve them. For me videos are most powerful when the images and music find some kind of harmony, emotions cued by music are primal things, something magical in a dream place. So for me the whole story is a hallucination or dream but I liked the idea that her apparent psychosis is justified at the end.” 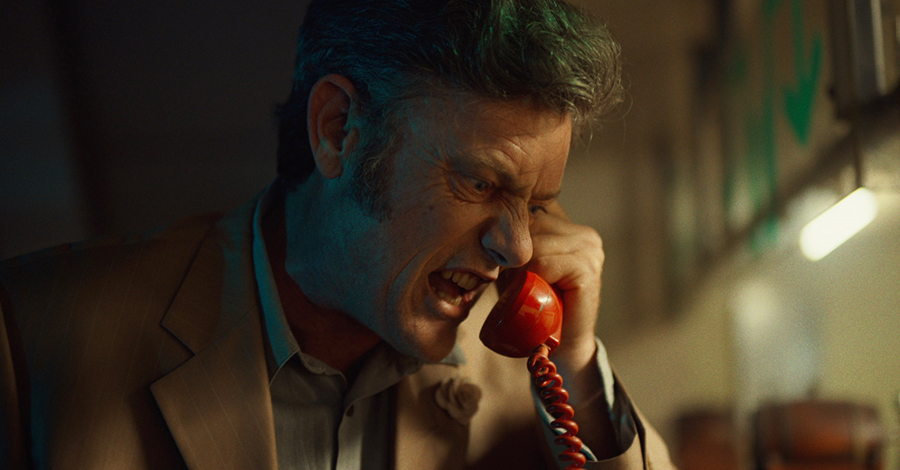 This priority of Dylan Pharazyn’s is so important. Ensuring that the images he is presenting are not only inspired by but also in harmony with the music that they accompany is the key to ‘Enemies’ being such a powerful piece of music video, especially given the completely unrelenting nature of the song and its inherent emotionality. Match all of that with Pharazyn’s unique and masterful understanding of the effect a physical space can have on a viewer and the result is a gripping and enjoyable watch.

Here is the official video for “Enemies”