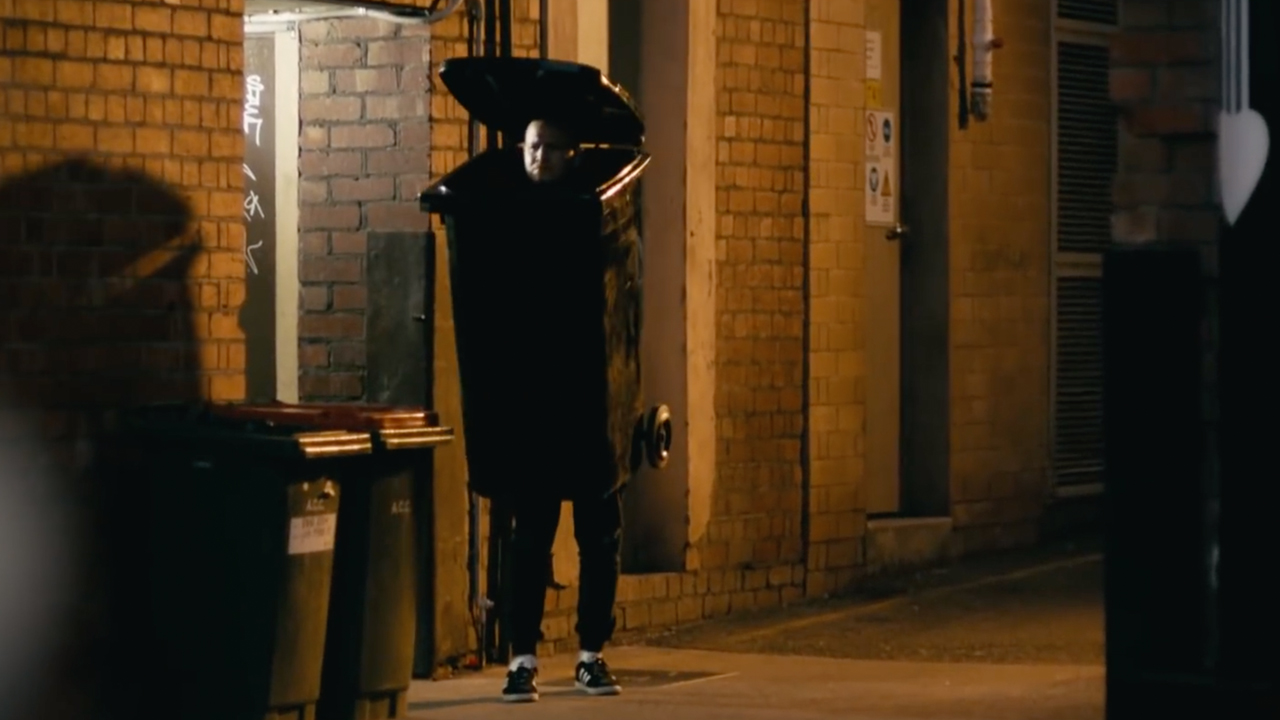 Taking comedic cues from Jackie Chan and Edgar Wright, Director Richard Coburn chatted with CLIPPED.TV about the inspiration for the shoot, working with the ‘Hoods’ and the importance of having a great crew.

“The initial brief from the Hoods had a couple of ideas like the chair disguise and camouflage clothes and we just took it from there. It was a real collaboration between my production design team of Obie and Hannah Sitters and my DP, Maxx Corkindale and myself as we basically just tried to turn up with as many cool ideas to try on the day. When it’s a music video you don’t really need elaborate setups for the jokes and can cut straight into the gold so this sort of piecemeal approach worked especially well when we had to fill nearly four minutes of screen time.” 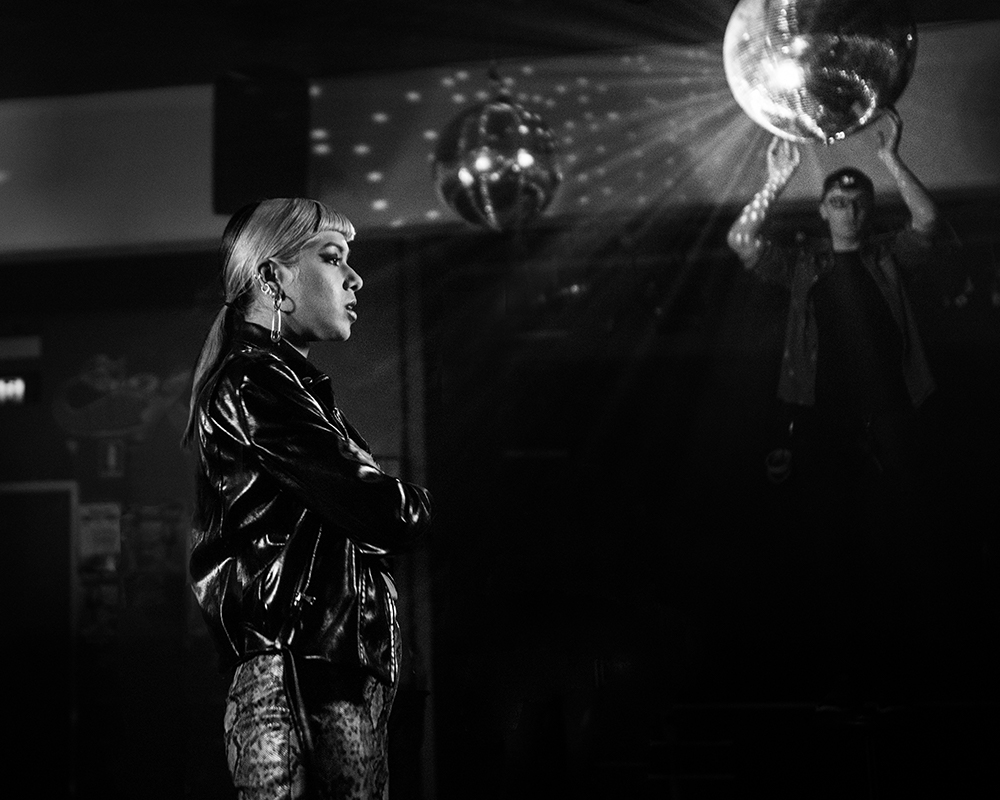 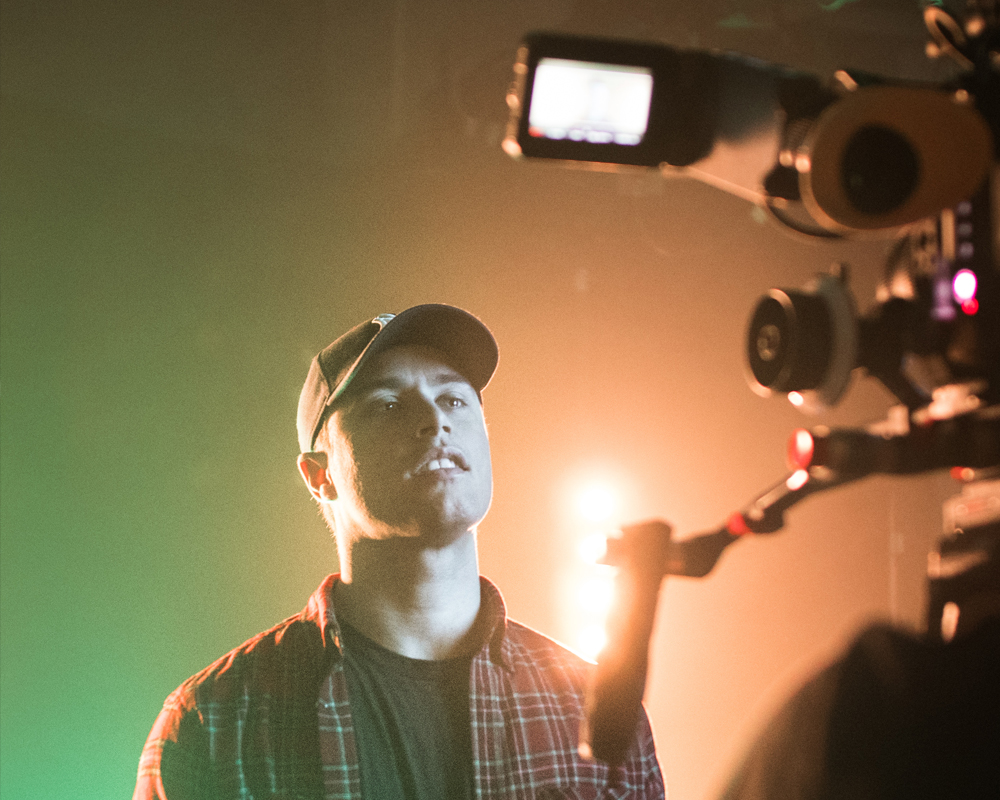 Coburn continues: “There were also a bunch of ideas that came out of seeing the Rhino Room location, like the boxes on the staircase and Debris hiding under the couch which just happened to be there. The biggest challenge we had is that Suffa is pretty tall and couldn’t fit into some of the gags we had lined up for him. It meant that Debris was “volunteered” for a lot more than he was expecting on the day. I do remember it took a bit of work to fit Pressure into the pot plant as well.”

Having worked with Hilltop Hoods previously on both “Clark Griswold” and “Won’t Let You Down”, Richard discusses the creative process he’s developed with the band: “Once they have an idea, sometimes I get a treatment, sometimes it’s a phone call and it can vary from the whole thing planned out to just a basic idea to play with.” 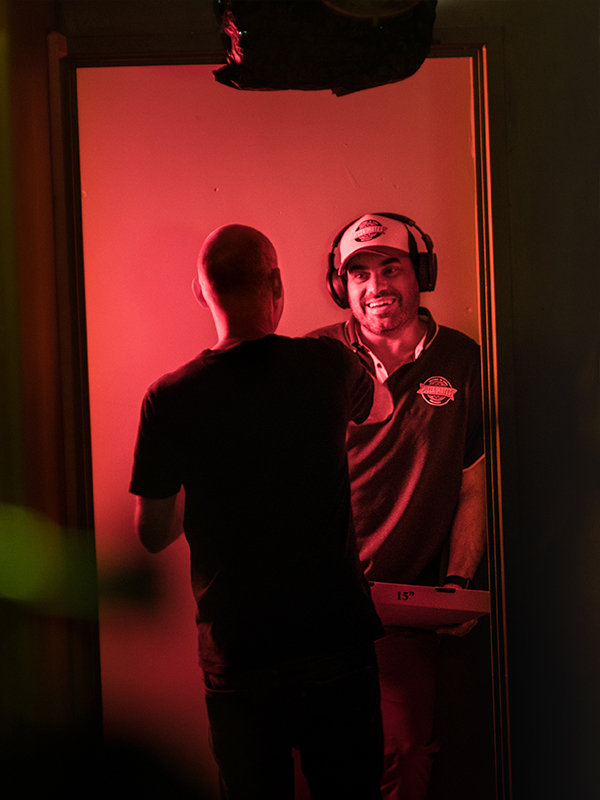 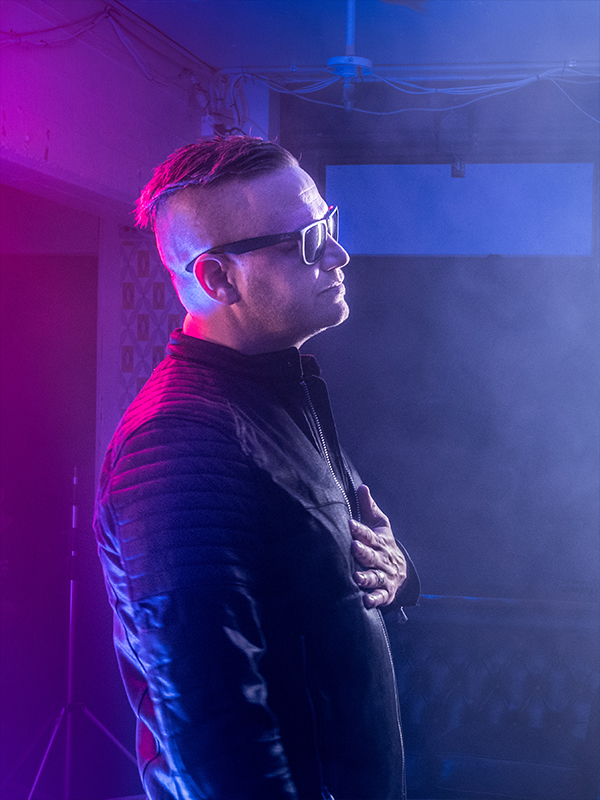 “With “Won’t Let You Down” they had the idea of humans with pig heads and the ending of the head in the fridge and then “It’s over to you, Rich.” I shot about 75% of it myself running around the streets with my brother, my cousin and a mate all wearing these masks. I actually shot one of the last shots on the day I handed over the final clip. The process is pretty cool though as they trust us to bring our creative to the concepts and they are pretty on point with feedback and what’s working for them so the communication is always clear.”

There’s a lot of fun and energy in the performances of Illy, Ecca Vandal and the Hilltop Hoods. Richard explains how he captured the upbeat vibe on the day: “Hoods shoots are usually pretty easy because the artists themselves are great to work with for everyone involved, actors, extras, crew, whoever. I hadn’t worked with Illy or Ecca Vandal before but once they start bringing their “A” game on take 1, first thing in the morning, you know you have to get your shit together. Plus once you start cranking the tune, shoot days are usually fun.” 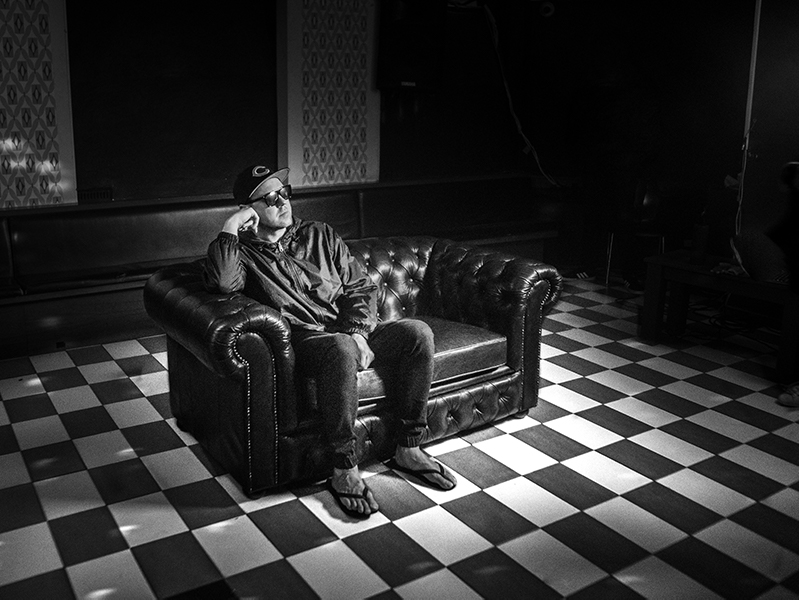 Coburn continues: “It was a bit of a testament to my crew though, as stuff just seemed to flow so quickly on the day. Obie and Hannah were absolute champions and pretty much lined up gag after gag while we shot a range of basic story things so that stuff was happening all the time. My job is really to shoot for the edit. You always have less time on the day than you want so being able to prioritise and re-cut the video in your head as you go is invaluable and that flexibility means that people around you feel confident on the day that stuff is working.”

”If we’re shooting something right now, and I told people what we’re doing next which is being set up, and you project that aura of “yeah, I totally know what I’m doing” then everyone relaxes and that translates to the screen I think. We may have just dropped three shots but I still have a smile on my face. We’ll fix it in post, oh wait, I’m doing the post…”.