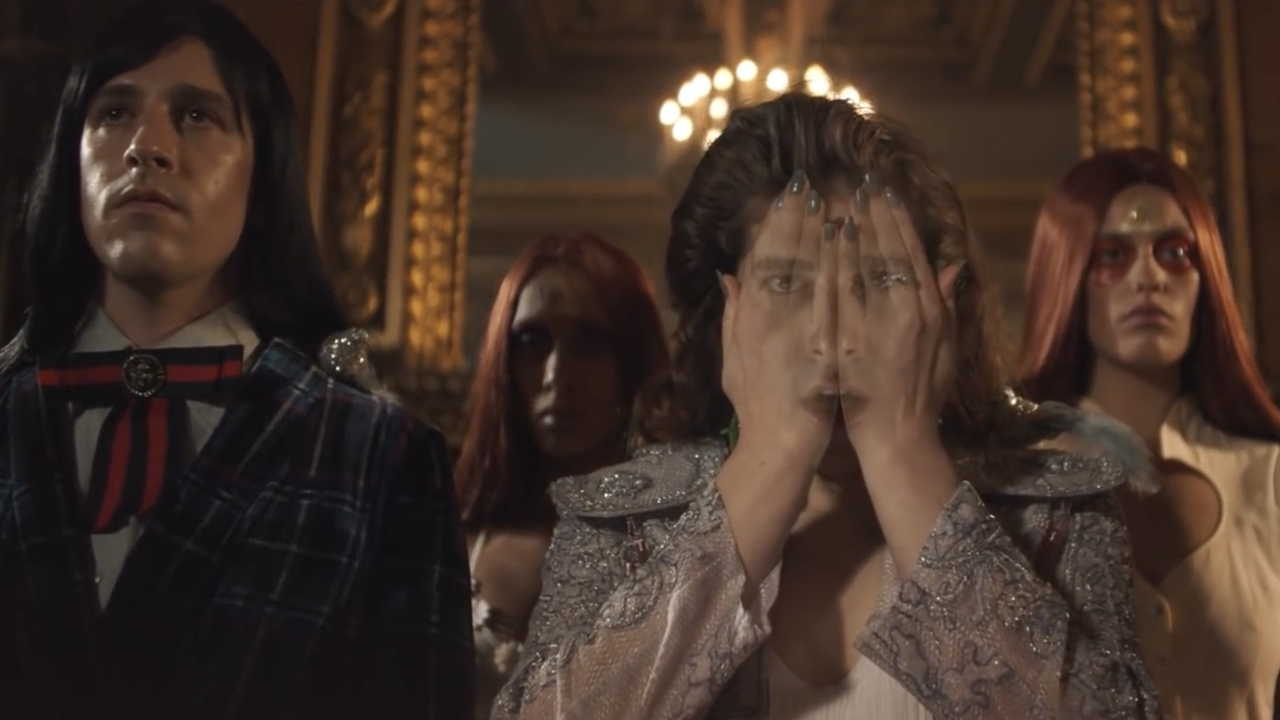 [dropcaps type=’normal’ font_size=’60’ color=’#ed145b’ background_color=” border_color=”]T[/dropcaps]here is a kind of mysticism that underwrites Holy Golden. From the story of their serendipitous first encounter on the island of Martha’s Vineyard to the exploration of the ephemeral and fantastic in their music and films. Working with French-Australian Director Beatrice Pegard, the video for ‘Seven Of Diamonds’ draws on real-life stories to evoke the otherworldly, exploring notions of the afterlife and the possibilities of that which lies beyond what we can see.

Speaking with Pegard, she described how the song came about when Holy Golden’s Leslie Schott kept finding Seven of Diamonds playing cards after her father’s death. Eventually, Schott discovered that the card corresponded to her father’s birthday. “The song is about people searching for sentimental meaning in everyday objects–clues to an afterlife, the dreamworld and attempts to communicate with loved ones who have died,” Pegard explained. “From this, I thought of an idea that plays with time and connectedness.” 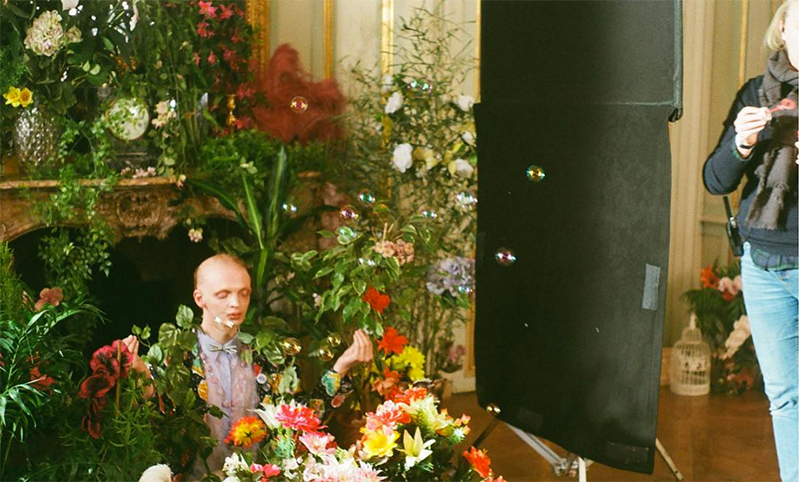 “The basis of the music video comes from the ballroom photograph in The Shining, in which we see Jack Nicholson hanging out with staff from the 1920s at the hotel.” In an interview with Michel Ciment, The Shining Director Stanly Kubrick said the photograph, which appears at the end of the film, suggests the reincarnation of Nicholson. There is an eerie, anachronistic quality which attends both the photograph and the video for ‘Seven Of Diamonds’. In the photograph–a real image from 1921–a room full of people stare up at the camera at the Overlook Hotel, including a 1970s Nicholson, who has been airbrushed onto the frontmost person. In ‘Seven Of Diamonds’, a series of tableaux depict odd, antiquated characters in the rooms of the Chateau of Fontainebleau, alongside Holy Golden. Within both there is a presumption of the supernatural, allowing the viewer to suspend disbelief and giving the sense that all is not what it seems. 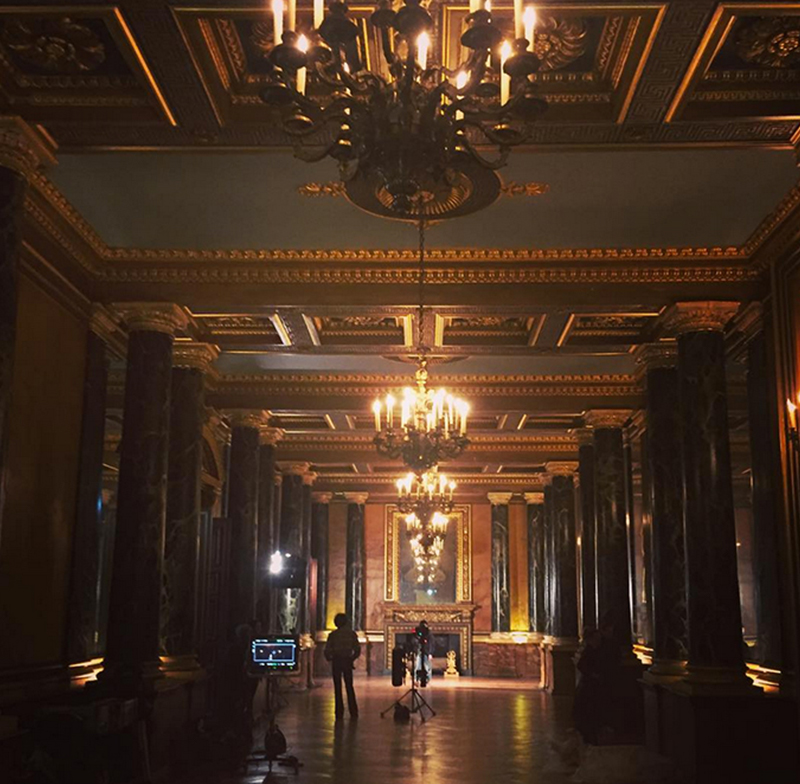 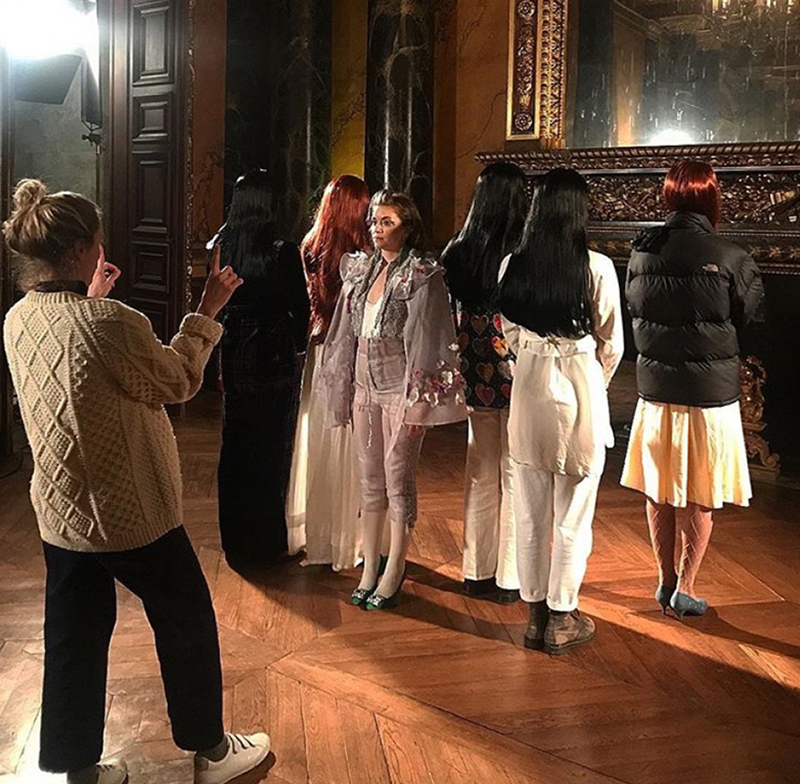 Pegard wanted to create a world in which there was no linearity or chronology, a backdrop against which ideas of the occult and afterlife could be explored. One of the ways this was achieved was through a pastiche of historical and stylistic influences. “The idea was to have characters in various tableaux that represent a particular moment in history and to play with anachronistic and surrealist elements in each,” Pegard explained. “Art direction-wise we looked at impressionist painters like Degas to Marcel Carne, David Lynch and the Wizard of Oz.” In terms of styling, there are references to everything from French fashion designer Thierry Mugler to Pierrot the pantomime character, to Jean-Paul Goude the French designer and photographer.

Camera and special effects also play an important role in the disruption of time and space. One of the most disorientating techniques is the use of whip pans to seemingly impossibly change the location of the characters whilst maintaining the same shot. Pegard noted: “The wide-angle anamorphic lens and the mix of whip pans and 360-degree camera moves with backward shots aimed at giving a dreamy and off-beat vibe to the video.” At various times characters levitate, and in one moment Andrew Valen’s face is superimposed upon Schott’s. 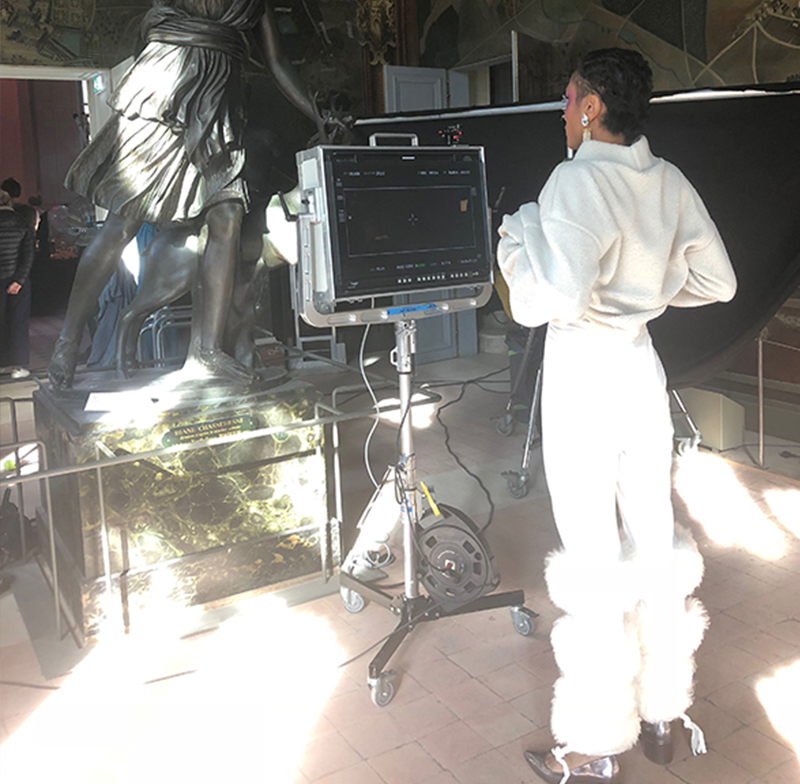 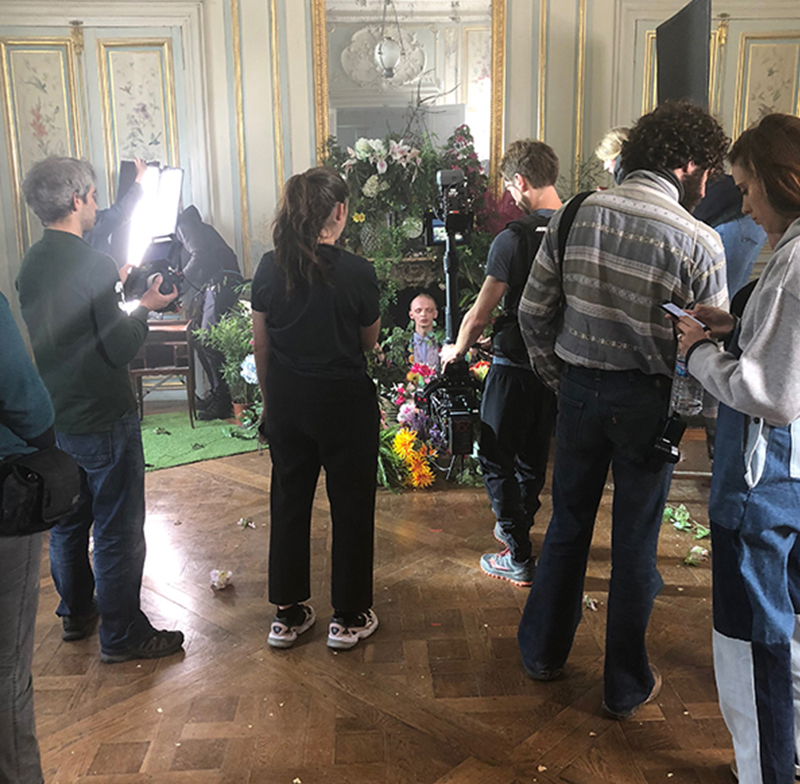 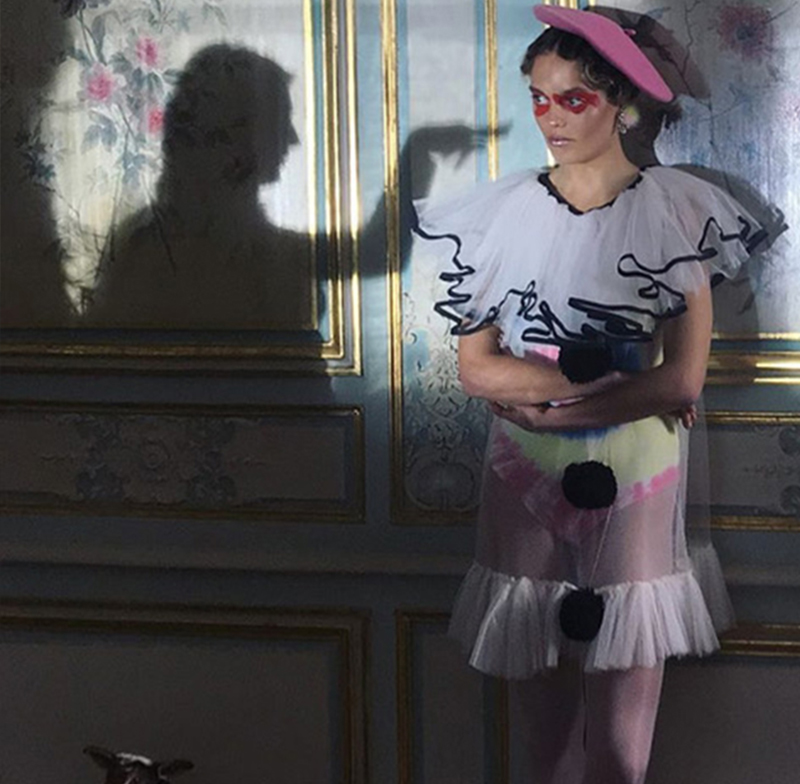 There’s a certain poeticism embodied in the ending of the video, as the camera zooms out to reveal the characters are frozen in an artwork. It’s an immortalisation of a kind, a stopping of time, and a return, perhaps, to the real world. “The idea was to provide an element of uneasiness to give the impression that the characters were stuck inside this chateau forever.” It also serves as a final nod to the photograph in The Shining. What remains is a strange moment, frozen forever in time, leaving the viewer wondering, what if?

Here is the official video for “Seven Of Diamonds”