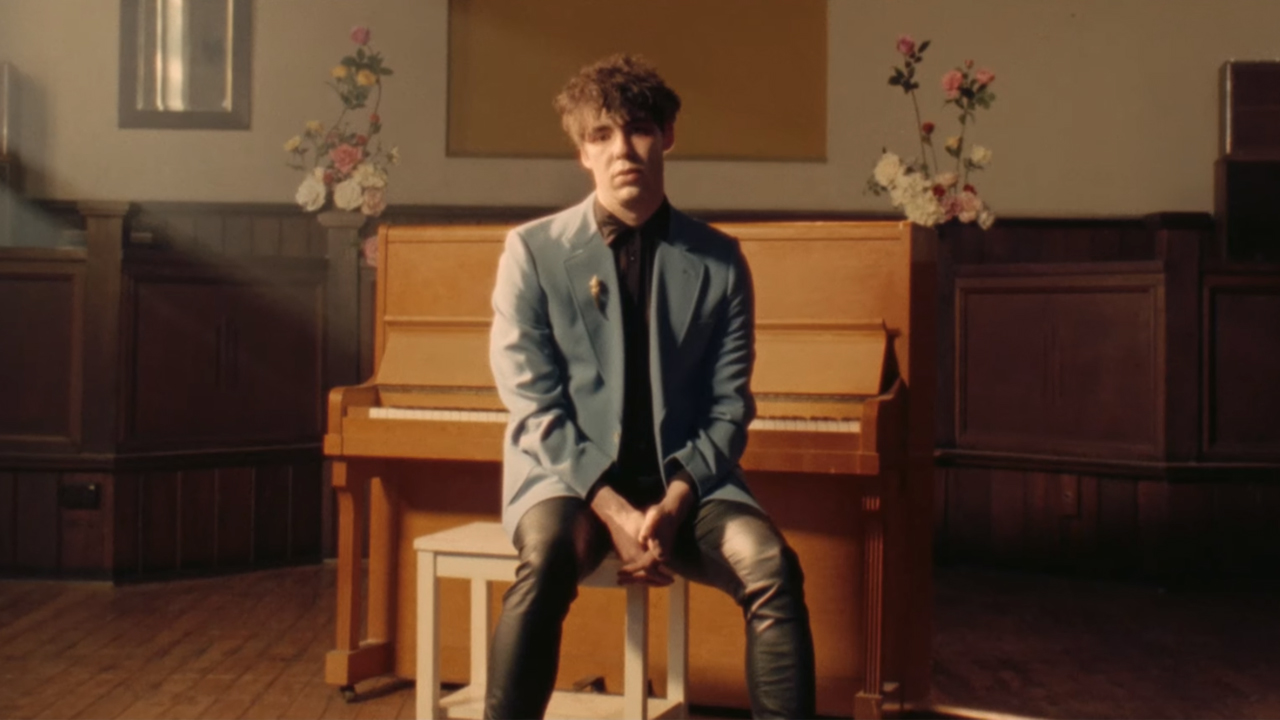 [dropcaps type=’normal’ font_size=’60’ color=’#ed145b’ background_color=” border_color=”]J[/dropcaps]ack Colwell has such a resounding talent for creating emphatic and thought-provoking songs, drawing on his own experiences to tell deeply personal stories and pairing them with dramatic and intoned music. ‘Weak’ is a perfect depiction of this, lyrically a window into prejudice born out of fear, and musically incredibly moving. Given the lyrical content of ‘Weak’, one could suggest the instinct for a lot of music video directors would’ve been to opt for a video centred around the dramatisation of the events and confrontations Colwell is referring to, instead director Matt Sav opted for a performance video, embellished upon with gradually escalating dramatic elements, but maintaining that intimacy that is so present in Colwell’s song. “Jack came to me and said he would like to be playing piano in the video.” Explains Sav, “He said he had seen some of my work and trusted me to take it from there.”

“We had picked out a couple of different costumes, and tried them in the space. I felt like we could work fairly intuitively together, and the vague dynamic arc came out of that. With budget constraints, we made what we could, with what we had. One location, two or three costumes that spoke to Jack’s own aesthetic, and a small lighting set up. On the day, we improvised to create the dynamic you see in the video. Jack is such a giving performer and was super easy to work with. When you have a dynamic performer, who really knows who they are, you can lean on them a lot. I love collaborating with artists.” 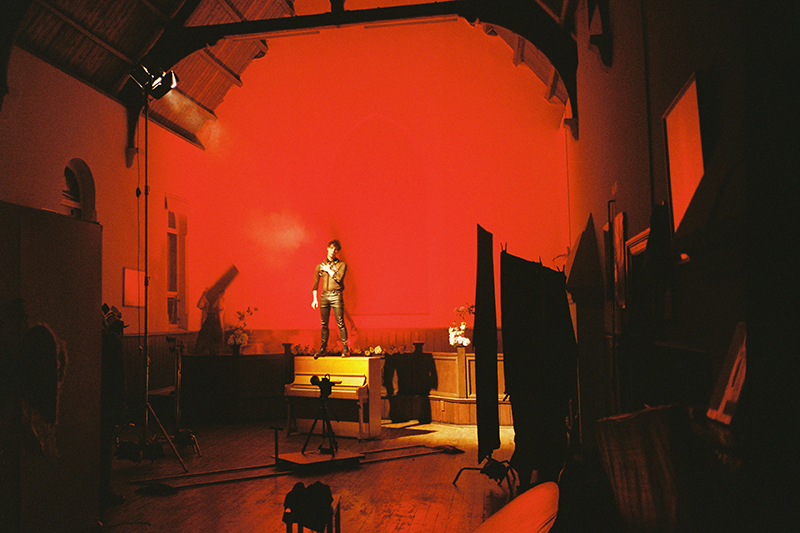 In chatting with Sav, the importance of using ingenuity and creativity to make a limited budget work comes up a few times. When asked about that warm film-look with which ‘Weak’ is presented, Sav replies: “Have you seen that directors meme? With the water pouring out of a water bottle, and a hand slamming a piece of gaffer tape on the hole, and it says something like ‘directors with bad ideas’ (which is the bottle) and then ’16mm kodak shoot film’ on the gaffer tape? Haha we are definitely guilty of this attitude.”

“My dp Lewis Potts and myself joke that the new ‘bandaid’ is super wide angle lens’, with a crisp digital look… What ya think? In this case, yes, we shot on 16mm film. We shot on it, because we wanted to limit ourselves in the edit. Small budgets mean you need to be smart across pre-production as well as post. As soon as any element blows out, we are fucked and working for free, which I am incredibly opposed to doing.” Sav’s choice to shoot on film in order to limit themselves in how much time they could spend on each shot makes the performance of Colwell throughout the video that much more impressive. As the video escalates, taking Colwell, understated and real, from his sunbeam-bathed piano, to a fantasy-lit church hall or a rooftop, where he finds himself donning wings and projecting to the heavens, Colwell’s performance remains grounded in sincerity.

There are subtle movements and directions throughout that add such gravity to the line he is delivering at the time, whether it’s a low-key look back over his shoulder or a momentary burning glare into his own reflection in the mirror. Sav attributes this to Colwell’s confidence in himself as a performer, taking very little credit for this aspect of the video: “It mostly came naturally to him. I made comments as we went, and adjusted the odd thing here or there. But as I say, when a performer knows themselves, they know how they want to be portrayed. I just let them go for it.” 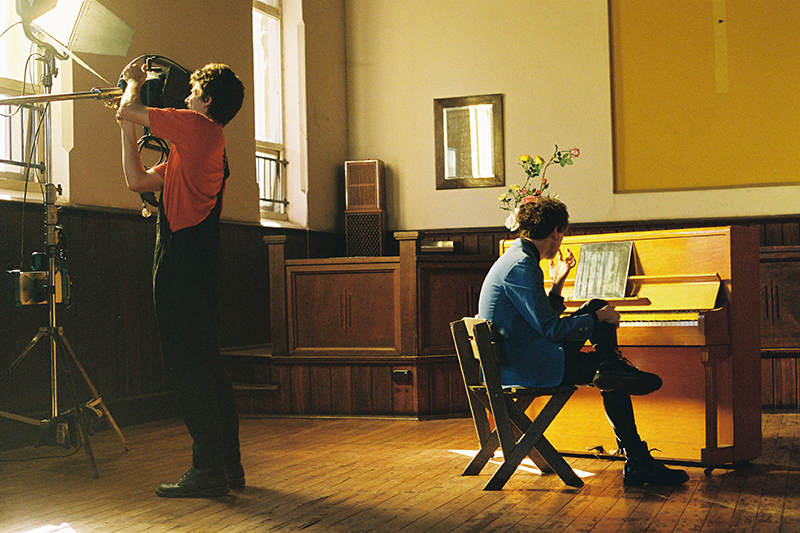 The video bookends itself with long pushing and pulling shots of Colwell sitting with his back to his piano. In the opening, Colwell hangs his head, heavy under the weight of his own contemplations. In the video’s closing shot, Colwell stares into the camera, his head held high. This feels representative of the journey Colwell has gone through to unpack these prejudices he has been forced to endure. Though he has come to understand that the actions of others come from a place of fear and there is a strength in knowing and empathising with that, there is little comfort as it does not change the fact that these people are forcing their own burdens onto him.

As such ‘Weak’ is a compelling cogitation of a deeply distressing experience that is near universal for people of the LGBTQIA+ community. Colwell’s delivery of these ruminations with such honesty is illuminative and compassionate. Matt Sav’s job of portraying this powerful song without cheapening or over-dramatising it was a massive one and the choice to keep the video close and personal cannot be understated. 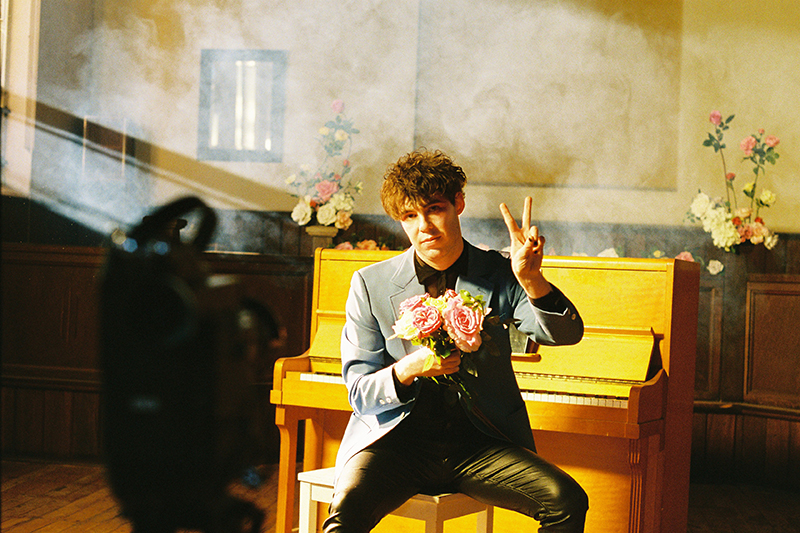 Sav’s appraisal of the process paints a picture of a wonderful understanding between artist and director: “When an artist knows the limitations of their budget, there is no big label breathing down your neck, no manager flitting about on set trying to do your job, and the artist trusts you, well let’s just say it is such a breath of fresh air and definitely makes for the best work in my opinion. So, from that moment I knew I wanted to work with Jack because we could make something simple and beautiful together.”

Here is the official video for ‘Weak’