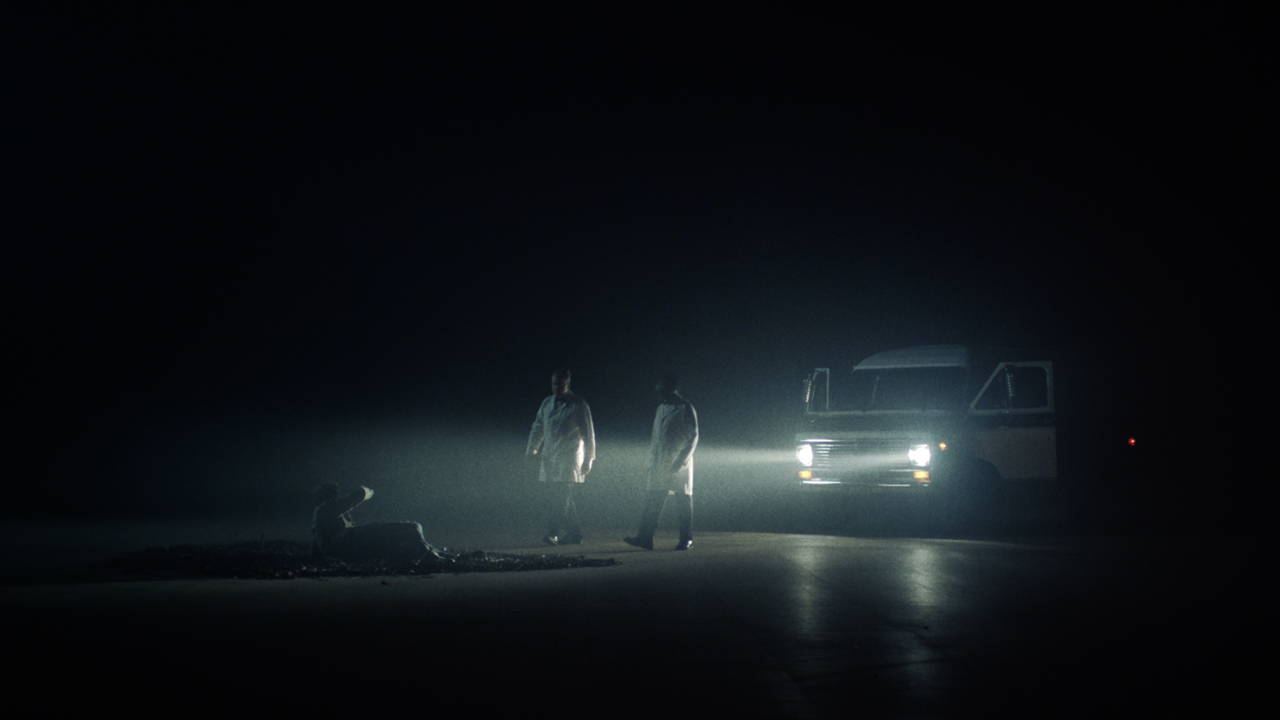 f you’ve ever been woken up in pitch darkness, lit only by the headlights of an approaching van driven by two doctors, then you understand Jarryd James’ predicament in the opening of Miracles. James’ new single takes a visually spectacular dive into his psyche with a suitable melancholic and dramatic music video. It’s a long-awaited return from the Queensland-based artist, and it delivers in stunning form.

James’ vocals are smooth and striking as he asks questions of himself, often echoed by higher-pitched distortions. He’s accompanied by soft jangled chords and a robust thumping beat creating a piece of music full of atmosphere. 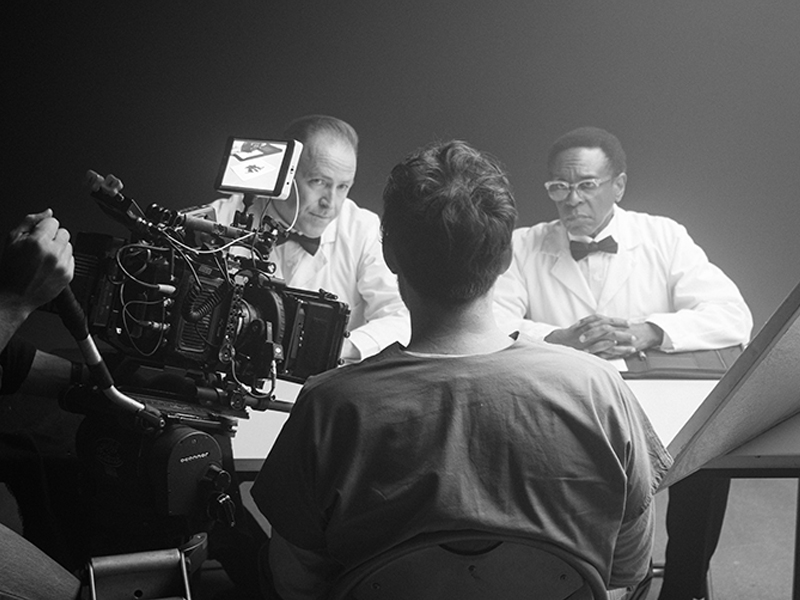 Director Mick Soiza has assembled a clip that captures the mood of the song as it flows from verse to chorus and back. We journey in and out of James’ mind, represented by gorgeous shifting animations. To deliver something that adheres to the themes presented in the song, Soiza worked closely with James during the creative process, as they embraced the psychedelia that spawned the single.

Jarryd was definitely heavily involved with the creative process, which I feel reflects the work. Even though Jarryd was part of every stage, he was extremely trusting and open to ideas. The track ‘Miracles’ was an idea that came out of a Nicaraguan studio. The song is essentially the blurring of time and feelings of disorientation Jarryd experienced while in the jungle-inspired the wash of beats and effected vocals, with the lyrics “I’ve been waiting so long for miracles” calling out into the unknown. When I found that out I really wanted to explore that notion. 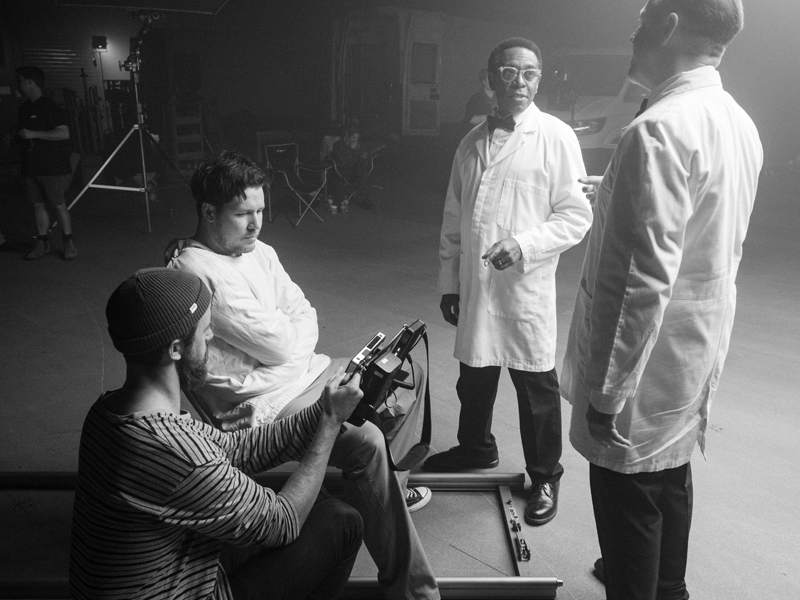 Encouraged by the song, Soiza and James decided to lean into the surrealism, avoiding a straight narrative but still telling a compelling story. The claustrophobia adds to this feeling as the clip avoids defining spaces with walls, instead having the locations exist in a darkened void. The scenes were shot at Screen Queensland Studios, which enabled them to capture what seems like a never-ending environment.

The song to me feels like an inner dialogue with himself “What’s the education? What’s the basis?” – we knew we didn’t want to be literal with the video, yet we still wanted to evoke a similar feeling/narrative. In an abstract way the message that we’re aiming to tell is that we’re always going to be fighting battles with our creative thoughts, trying to find the answer, the key that unlocks that magical answer – as we go through this process, we break down to build back up — realising if we just let go and trust the process we can stay on track and not overwhelm ourselves. 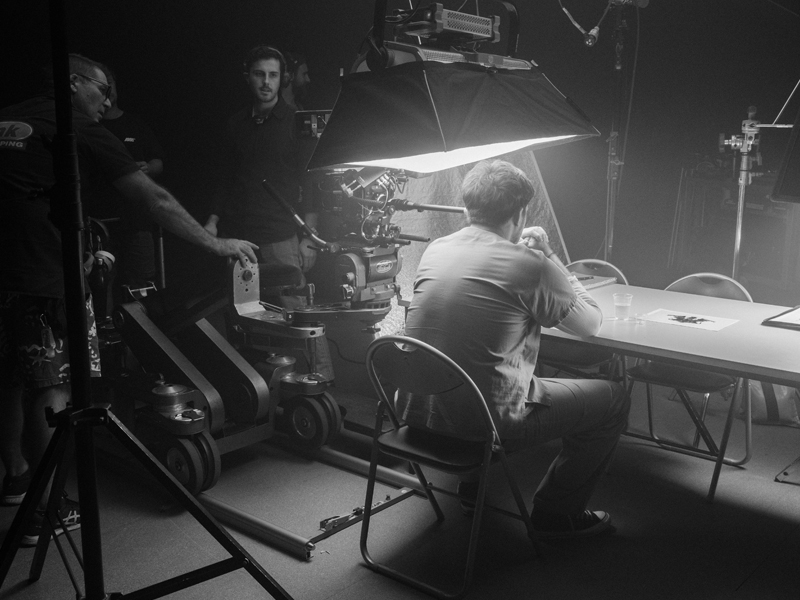 While the live-action sequences are terrific, and Soiza’s team developed them carefully to provide the story elements, the magic of the video begins as we pull backwards into Jarryd’s mind. The real-world fades into a shifting whirl of 3D shapes, pulsing with the occasional flash of colour. The animation was important to Soiza as he felt they couldn’t correctly capture the intangible elements of James’ psyche without it.

I came across James Siewert’s work and was blown away – he isn’t just an animator but an artist who brought so much to the project. Another big part of puzzle were the transitions from live action to animation which the guys at Heckler were able to do, making sure we made them as seamless as possible.

Siewert is the mastermind behind the animation. I knew what feeling and story I wanted to tell, and James was able to design and create the world we see in the animation. The main concept behind the visuals was that idea of a brain/organic, growth/creativity. We decided to use hands reaching out – it’s the minds many questions trying to grab onto to that special piece of information or idea/answer.

For the changes between live-action and animation, they had to get as close as possible to the transition points. The clip was shot on ARRI ALEXAs using the Zeiss Super Speeds and Laowa Probe lenses, which enabled Soiza to get the proximity required. 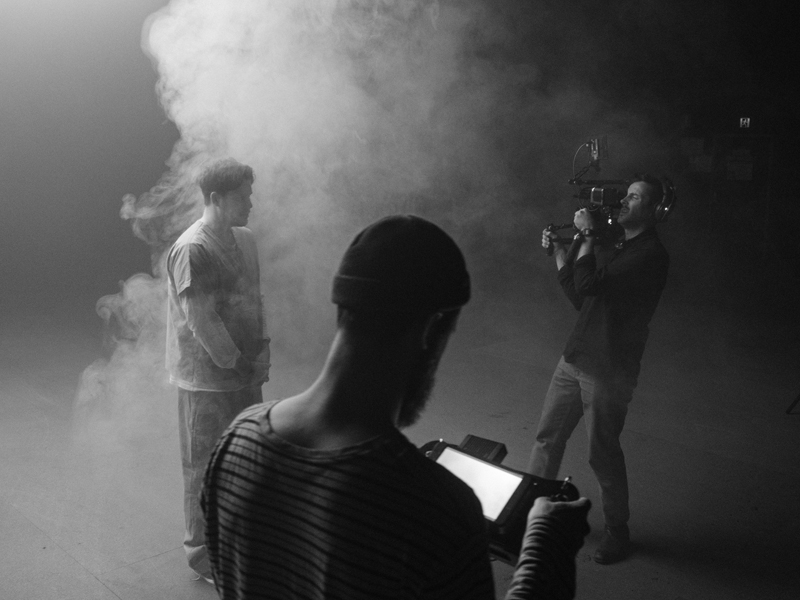 Soiza, and frequent collaborator Sean Ryan, stated that they worked hard to ensure that the world felt singular. The lighting in Miracles was key to achieving the themes that they were pushing for in the story. Soiza wanted to avoid the lighting from feeling like it came from a specific source, so they rigged lights overhead and kept them soft.

Because we were shooting in one location, we wanted to find ways of differentiating one scene from the next. We restrained the clip to two main looks, one being monotone space and the other a golden hue. This allowed us to differentiate between scenes and by keeping it simple allowed us to focus on the story being told by Jarryd and our actors.

In the scene where Jarryd is restrained on a chair, we wanted to be able to see a practical light fixture in shot – we never wanted to build sets or have many props within the clip so by designing quite a unique looking light we were able to use this to set the heightened tone for the space. 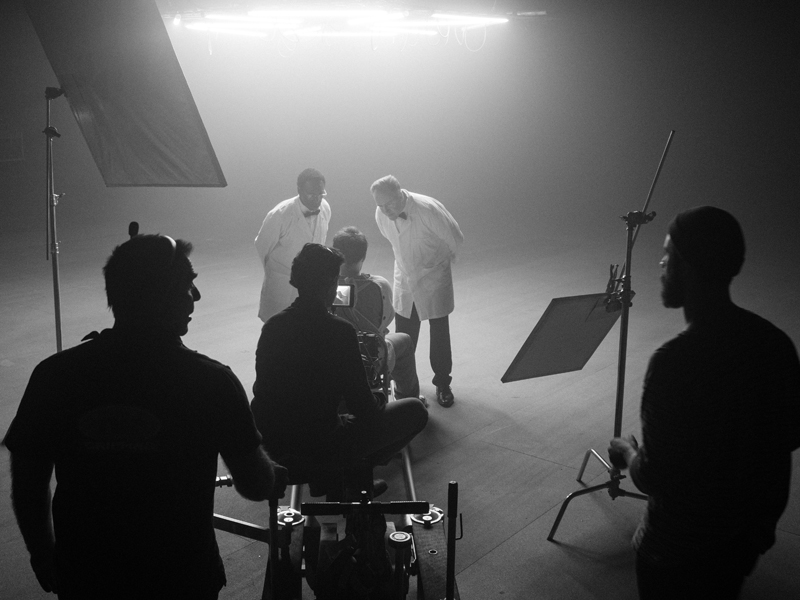 Achieving the level of surrealism wouldn’t have been easy but having the right characters stealing the scene undoubtedly helps. Soiza stressed the importance of casting, especially in music videos where actors rarely have the opportunity to fall back on dialogue.

I feel like our doctors, Charles & Michael are a testament to that – I love interesting characters, even if they don’t say anything, a face can say a million words. We had quite a large number of casting tapes and without direction they both understood the strange and unique subtext of the characters and were a perfect balance to Jarryd’s performance.

Miracles is a gorgeous and intriguing music video carefully developed to provide an engaging accompaniment to Jarryd James’ latest work. The clip excels as an exploration of the internal dialogue, a welcome adventure coming at a time when most of us are often alone with our thoughts. It explores the constant second guessing that can occur but reminds us that, after it all, we can avoid the pitfalls of seclusion.

Here is the official video for ‘Miracles‘