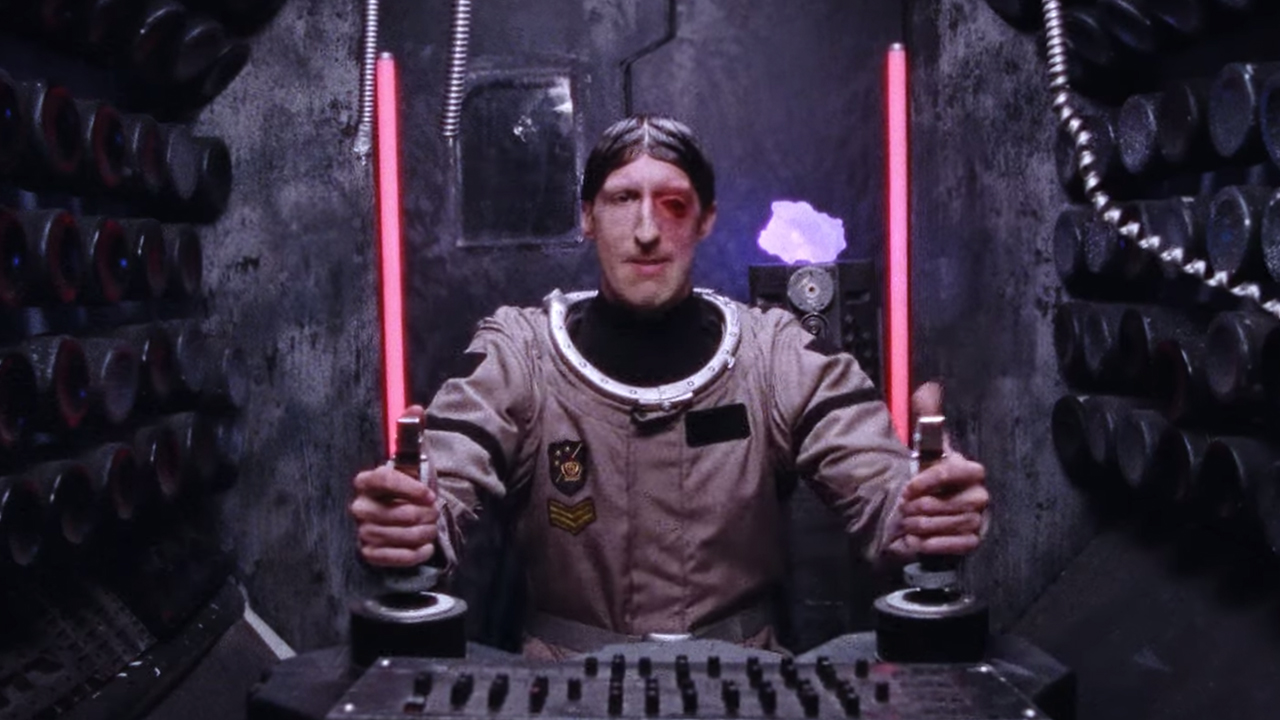 Joji’s laid back synth-drenched jams already carry a certain intergalactic futuristic air about them, so it was little surprise to see the man himself at the helm of a spaceship in the video for ‘Sanctuary’. The true pleasant surprise however came in the stylistic approach of director Eoin Glaister in bringing this outer-space adventure together.

Very clearly inspired by the likes of Star Trek, Battlestar Galactica, Babylon 5, any of those sci-fi shows that teeter ever so slightly more towards B-Grade than Blockbuster – The more exploration based episodics that held in higher esteem a diplomatic mission or an interspecies love affair that transcended boundaries, rather than a giant explosion or a gunfight. 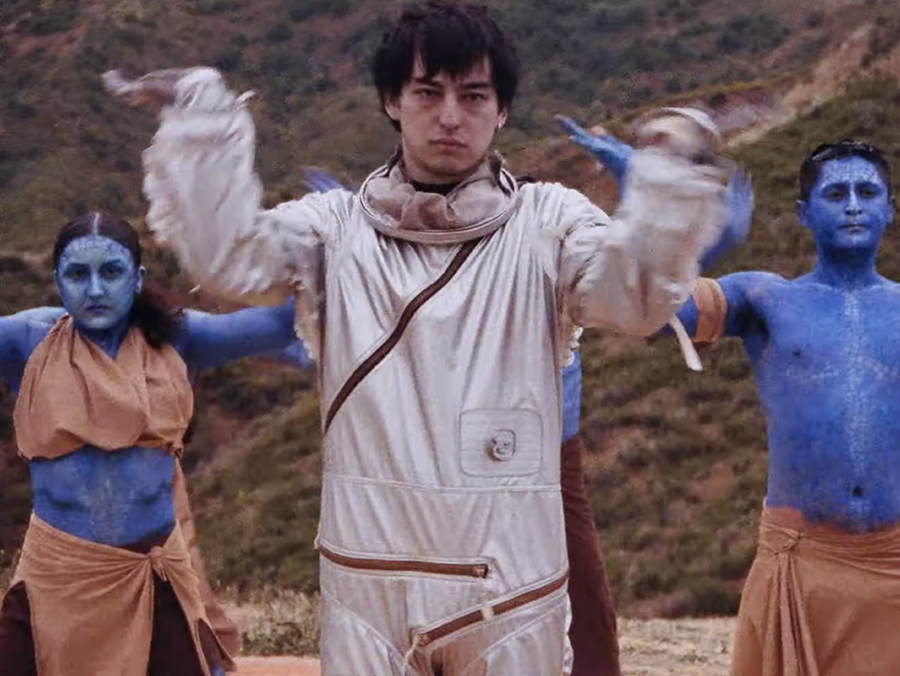 Homage is paid in full to these sorts of storylines, particularly in the mid-point alien dance sequence, which, according to Glaister was one of the key factors in opening up the rest of the story: “Joji had the initial idea of being a TV Sci Fi Space Captain and wanted there to be choreography at some point. The rest of the idea grew from the tone of the track. I liked the idea of a melancholic space captain and then played around with the source of his malaise. The death of his nemesis seemed like both a fun and logical way into it.”

The track lyrically plays with the idea of needing someone, the necessity of another’s company to your own happiness and well-being. Glasiter expands on this theme by depicting Joji and his crew, all bored to death with the mundanery of space travel. Through flashbacks and memories we see that Joji and his right-hand man used to have a purpose in their evil one-eyed nemesis. But since vanquishing him once and for all they have found themselves nothing more than a listless rabble, wiling away the time with sleepy karaoke and half-arsed ping pong games. Frustrated with their situation, Joji’s right hand man takes it upon himself to make things right. He scoops his own eye out with a cereal spoon (of course) and attacks the ship, becoming the very purpose Joji was lacking. 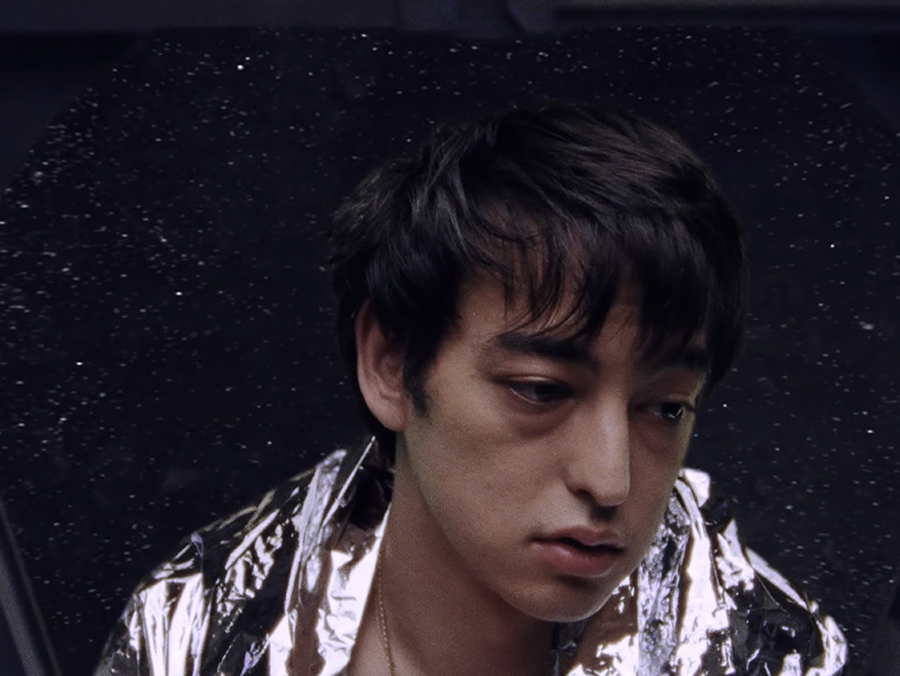 It’s a wonderful take on the story and presented with such levity. So much of the video’s character is drawn from the presentation, as Glaister and his crew really leaned into the more B-Grade affectations of the genre, including some pre-George Lucas revolution spaceship movements – and in doing so created something so rich and authentic where endless amounts of CGI would’ve somehow felt cheaper.

Despite the unquestionable success of this approach, Glaister was slightly hesitant to accept all of our heaped praises when it came to the aesthetic: “It was very important to achieve a cohesive aesthetic and I am glad you think we nailed it. I’d thank you for the compliment but really it was the very talented crew who embraced the overall mission and fully nailed their individual roles. Particular mention goes to Isaac Bauman the cinematographer and Heather Galipo who did all the prosthetics and make up.” 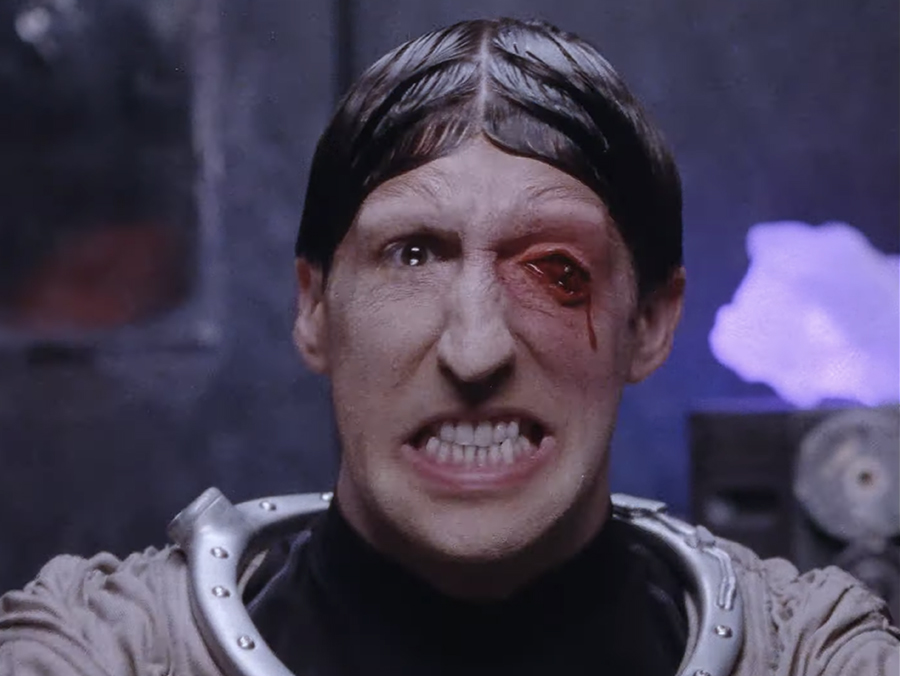 When asked about the choice to go with the fully kitted out practical spaceship set rather than a whole lot of green screening, Glaister replies: “It wouldn’t have been true to the genre to do this any other way really but, at the same time, we wouldn’t have been able to build this all from scratch on the budget. Fortunately Katie Lambert is a certified legend and found a preexisting Spaceship stage in Los Angeles. It was built for a show that never aired. As soon as I found out they shoot Power Rangers there I was in, basically. We then dressed this set to our melancholic and practical needs and Isaac lit it in a really unique and beautiful manner which allowed us to own it in a new way.”

The video incorporates shots of Joji performing in really interesting ways, prredominantly going to a depressed Joji sitting in a bay window, singing forlornly into his reflection in a cereal spoon (a definite running theme). Glaister also uses shots of Joji spinning through the air in zero gravity that, while perfectly at place in a space epic, surely must’ve been quite the task to put together. Glaister once again had nothing but praise for his crew: “That was all Marlow Nunez the grip… Essentially, I described the shot and he made it happen with ridiculous ease.” 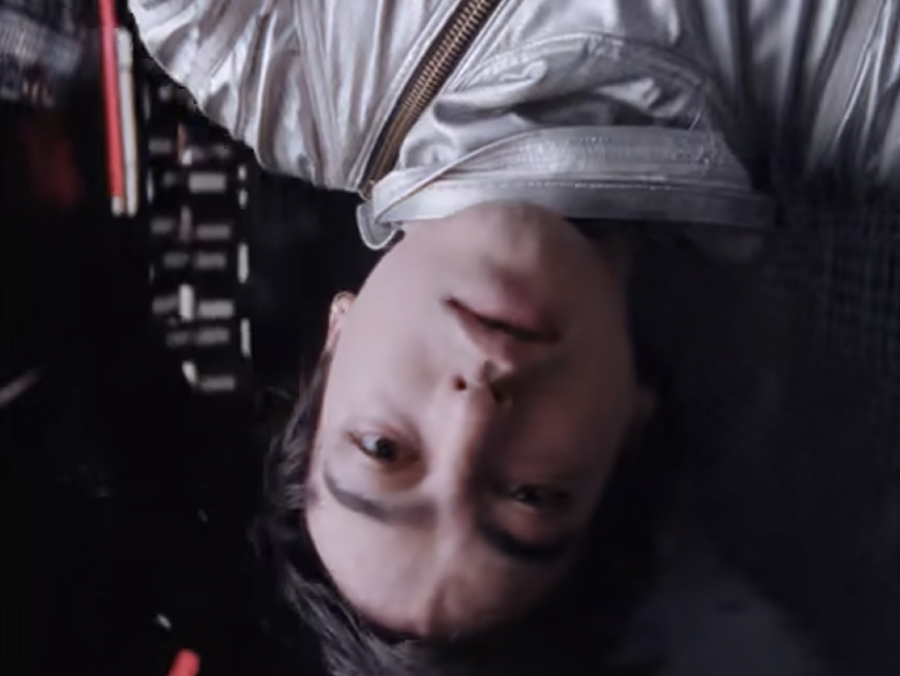 “Initially I had actually wanted Joji to wear a space helmet which we were going to fill with milk and cereal. The idea being that when he span this would all slosh about. Unfortunately, no one could work out a way for Joji not to die in the process, regardless of how many tantrums I threw. Turned out to be a blessing though as I actually ended up using the shot in a different way than intended so I am grateful for its unmilkyness.

Eoin Glaister has carved quite a strong niche for himself in these genre-adjacent epics. After his ninja wizard promo work with Lethal Bizzle and his most recent medieval desert fantasy music video for Beirut, an interstellar tale of friendship and vengeance feels like the obvious next step, and is a cake perfectly iced by Glaister’s meticulous care and attention to detail in giving life to his vision.

Here is the official Director’s Cut video for “Sanctuary”