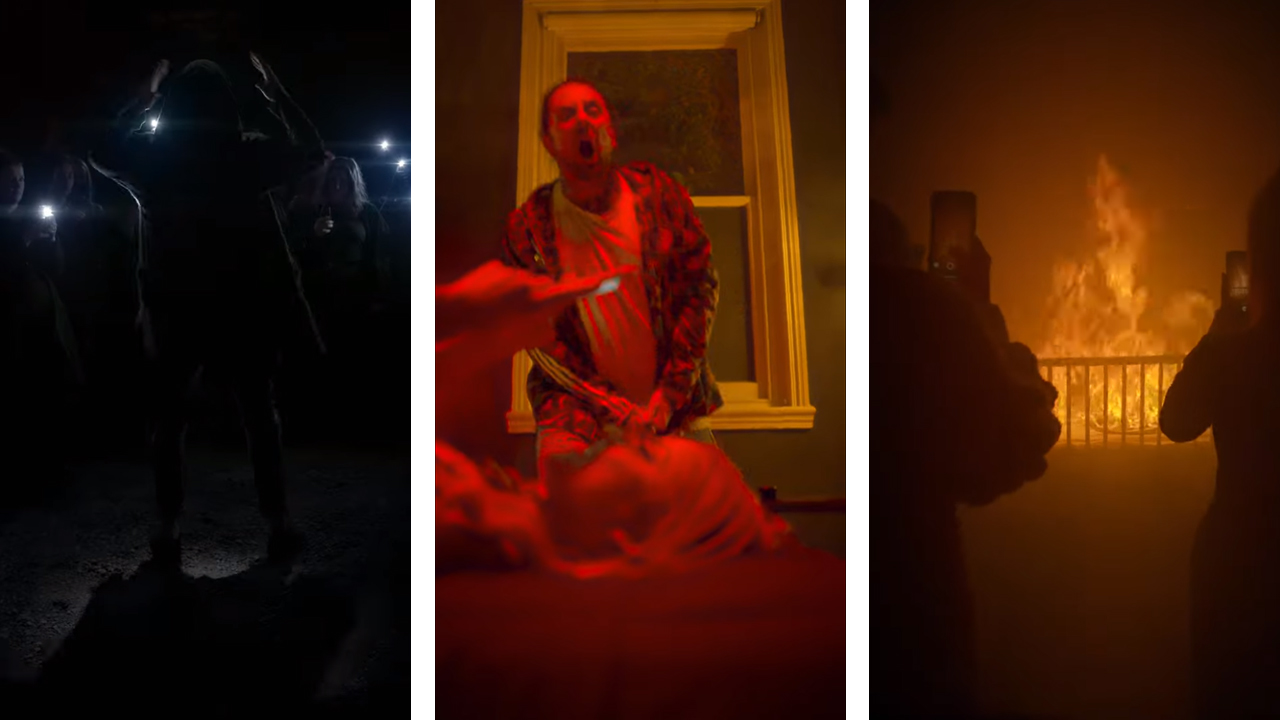 As the follower numbers tick up and the influencers gain more influence, Thy Art Is Murder are here to tell you to get the fuck off your phones. No, they aren’t grumpy boomers or a café on their high horse about not having wi-fi, they are one of the biggest death metal bands in the world and they have legitimate concerns for your wellbeing.

Thy Art Is Murder guitarist Andy Marsh explains: “’New Gods’ is interwoven in theme with the song ‘Chemical Christ’, discussing the idea of mental health and modern inventions’ intervention with a natural state of consciousness. The idea that social media is one of the major driving forces of increasing levels of depression in the western world was fascinating to us… We hope you watch the clip and then put your phone down, life is better through the eye of the beholder than the lens of an algorithm.” 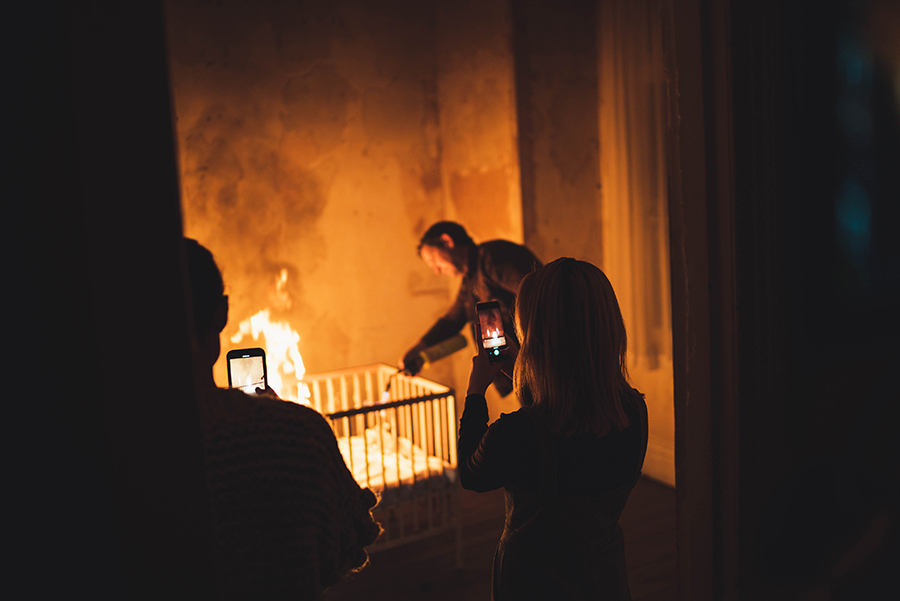 Throughout the video for ‘New Gods’ we are given situations of a person or people being way too engrossed in their phone to experience what’s happening around them, eventually reaching a climax where the video’s characters stare zombie-like through their phones as the world burns in front of them. The choice to present the video in the smartphone specialised vertical format gives such a poignant depth to the message, that you can’t help but be extremely aware of the black mirror you are currently peering into.

For the video’s director, Elder, the vertical format was always on the cards, especially once they anticipated that the majority of people watching the video would be watching on their mobile phones, the very technology they aimed to make a statement about: “When he (Andy Marsh) asked me to produce a music video for their upcoming single about social media and depression, it was honestly the first thought that I had – “this video would really benefit from being shot vertically”.’

“Coincidentally, it just so happened that the band were contacted by Spotify, with a call to submit a music video for their upcoming vertical music video platform. This in itself was one of the biggest reasons why we decided to go ahead with this format. Funnily enough, I don’t actually know if it was ever released on Spotify, but I’m glad we went ahead with it either way.”

Shooting in this vertical format is certain to present challenges and issues, we asked Elder about the adjustment and if it felt like going against everything they knew and loved as far as framing and cinematography goes. Elder replies: “Adjusting to the vertical format was a huge learning curve, and I still don’t think we were entirely prepared for it. Natural movement for humans, is typically horizontal, or left to right in our frame (unfortunately humans don’t float up and down), so I knew that blocking with our actors would be very limiting.” 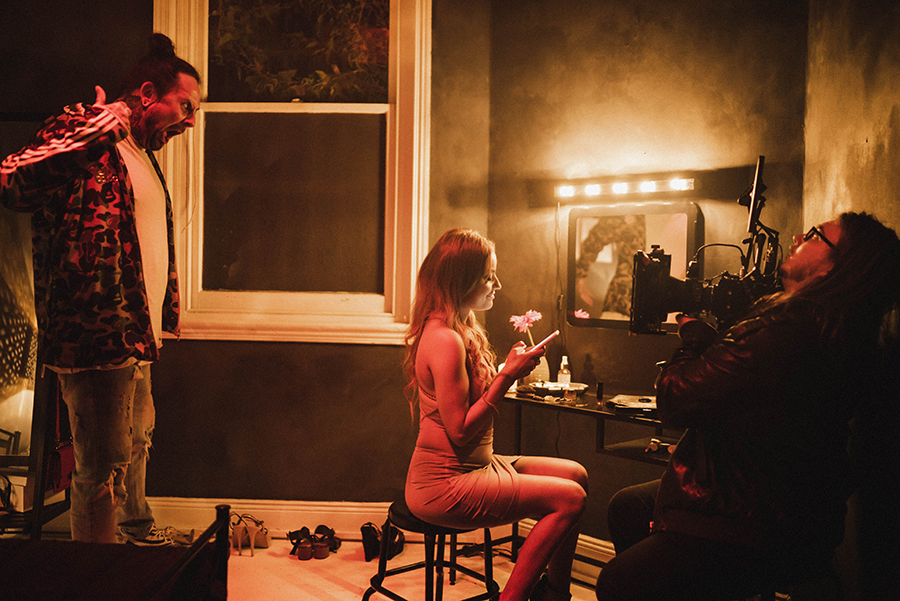 “The process began with me asking Ed Reiss (DP) to look into examples of vertical compositions. In my own research, I realised that we had to shoot much wider than desired to capture certain actions in the scene.”

“A prime example of this is the opening shot – I wanted a revelation to play out here; with the camera tracking back to reveal a crowd of people on their phones. In order to display enough of the gathering crowd, we had to pull back so far that it revealed the ground. I had already planned to cover the studio floor in dark gravel, but we had to buy a couple of hundred more kilograms than desired, purely for this reason haha. We scattered other details on the floor of other scenes to aid with this demand (eg. carpets, and the disposable consumption of technology scattered in the hallway),” 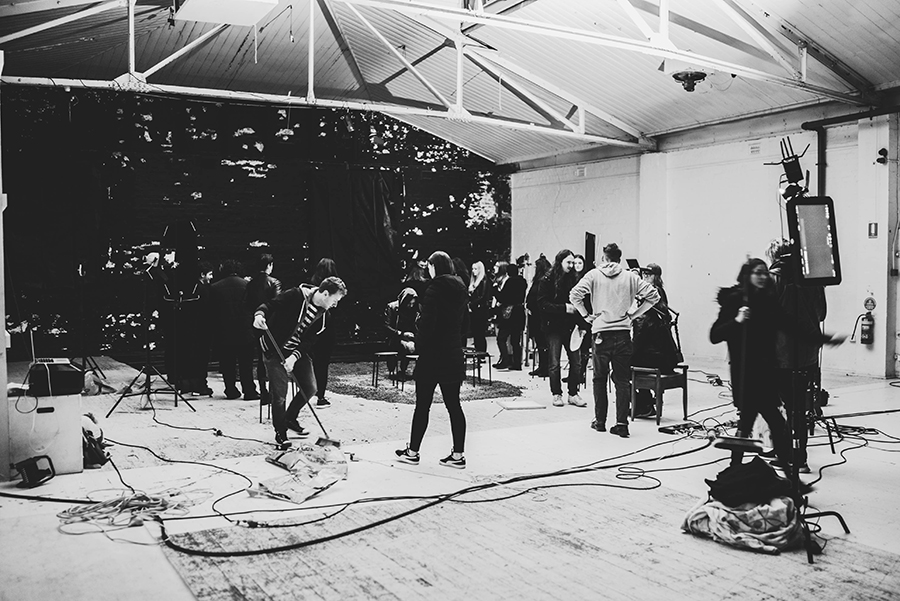 Interested in the actual nuts and bolts of shooting for the vertical format, we asked Elder if it required a whole new rig or if it was just as simple as shooting in standard format and then cutting off the sides. “Upon speaking with Spotify, we were told that the video should have a different creative treatment over a standard 16:9 video, and that just cropping a widescreen version to fit vertical isn’t a good viewing experience – something we welcomed.”

“When it came to camera choice, I already knew that Arri Alexa Mini was quite easily adapted for vertical shooting (since the sensor can be modified and shifted vertically). Despite heavy suggestions to follow this route due to simplicity, I had already decided what we were working with – the treatment demanded a Red Gemini that could be mounted on a gimbal; we just had to work out a way to do this.” 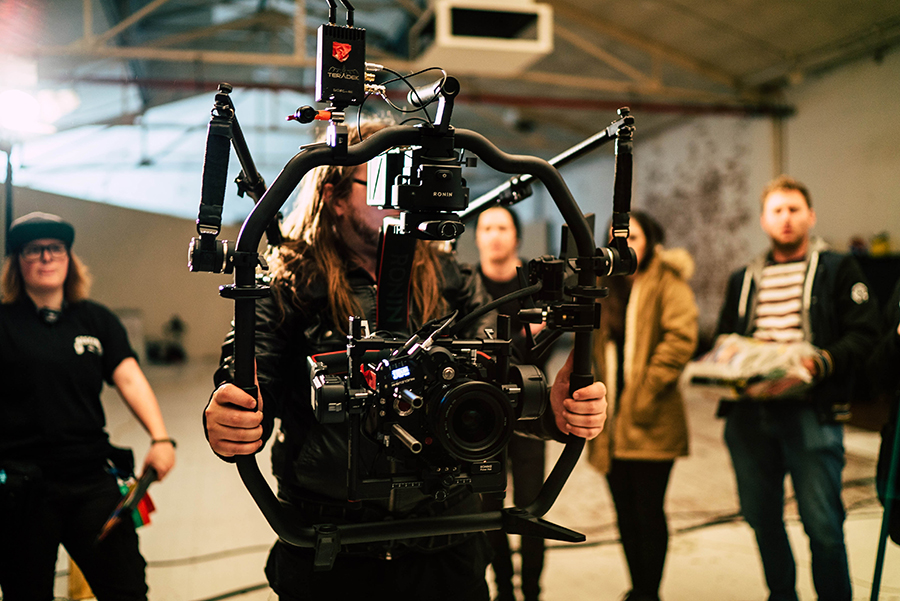 “Initially we were going down the road of L brackets, but thankfully we managed to mount the camera vertically using side cheese plates. Unfortunately, we didn’t have time to test the Ronin 2 with the camera, (which we inevitably found was impossible to balance on the roll axis on the setup we had), but we managed to scrape across the line regardless.”

The power the phones have over the subjects of the video is made even clearer by the aesthetic of the video. Gloomy darkness, dimly illuminated by extreme colours is the direction for a great deal of the video, drawing attention to the character’s faces, alight with the glow of their smartphones. Elder explains: “Through the gamification of mobile phone apps, it’s impossible to escape visually intoxicating stimuli. Our choice to exaggerate the vibrance and saturation or colours within pools of darkness, allows us to feed deeper into this juxtaposition.” 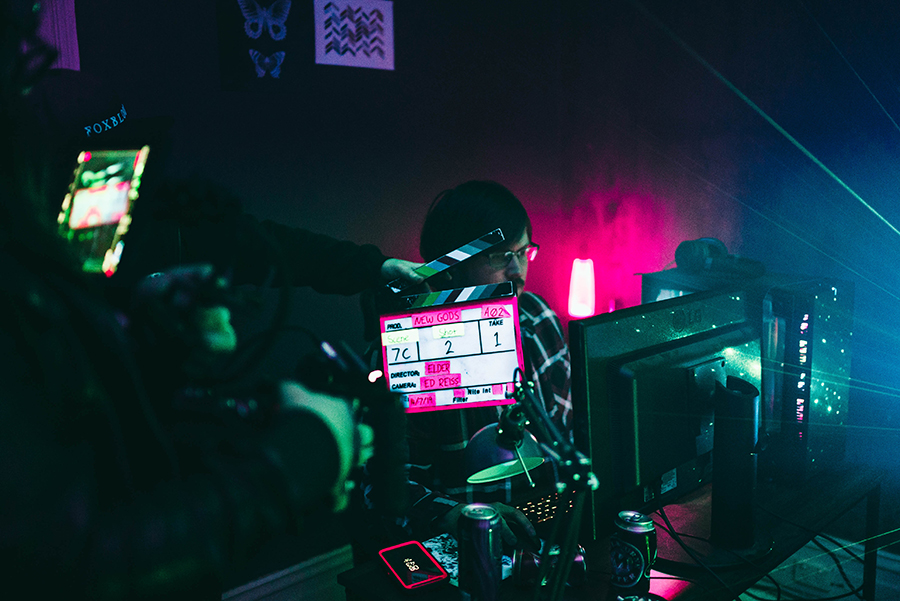 “One of the first decisions I made on this clip was to ensure that we’d be using the screens of the phones as key lights. It was important that we were creating our world around the devices, rather than the other way around – the focus (almost obsessively) being the phone in hand. Our opening shot was the first envisioned for the production; characters appearing from the darkness, clearly on their phones. There are probably ways that this could have been done with actual lights, but I figured it would be easier and more organic if our extras could actually use their own phones. To ensure this was possible, we required the low light capabilities of a camera like the Red Gemini – and so it would be.”

“Aside from one HMI to simulate daylight, and a Skypanel to simulate some fire light, everything else in the narrative was lit with practical lights. I decided to light the spaces with a single gel’d LiteMat on the roof (in the dark rooms) to create a central point of light that would encourage darkness in the corner of rooms. This darkness could then be filled with pools of light created by surrounding by prac lights, RGB tubes, and phone screens of course!” 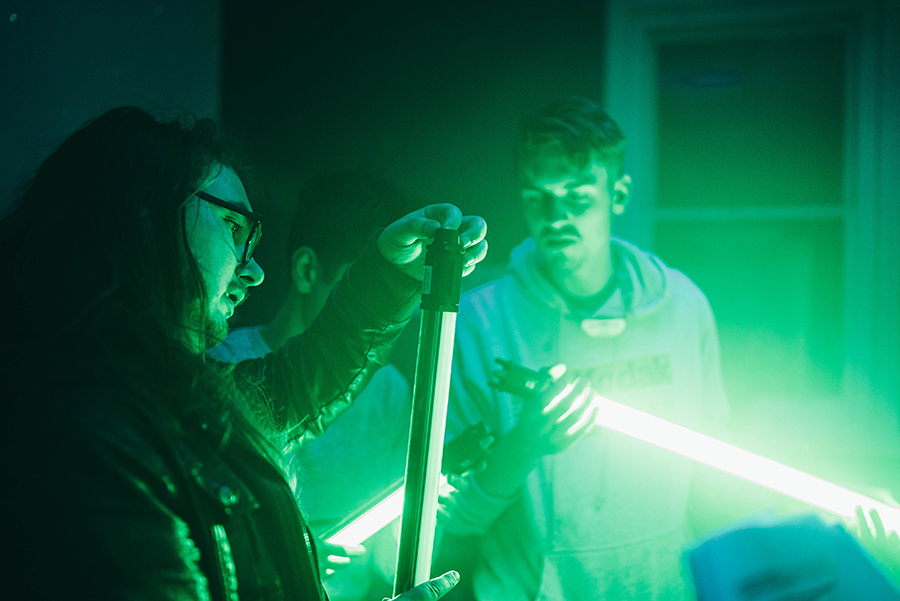 ‘New Gods’ establishes a fresh line of dialogue in the ongoing conversation about our technology dependence through its presentation within the format. The choice to use this opportunity presented by the Spotify initiative and pair it with this message gives the discussion so much more weight, setting it aside from the usual “Why don’t you go outside and actually talk to someone” condescension, and instead focusing on the power, responsibility and dangers that are becoming a symptom of the idealisation of influencers and the endless quest for likes.

Here is the official video for “New Gods”