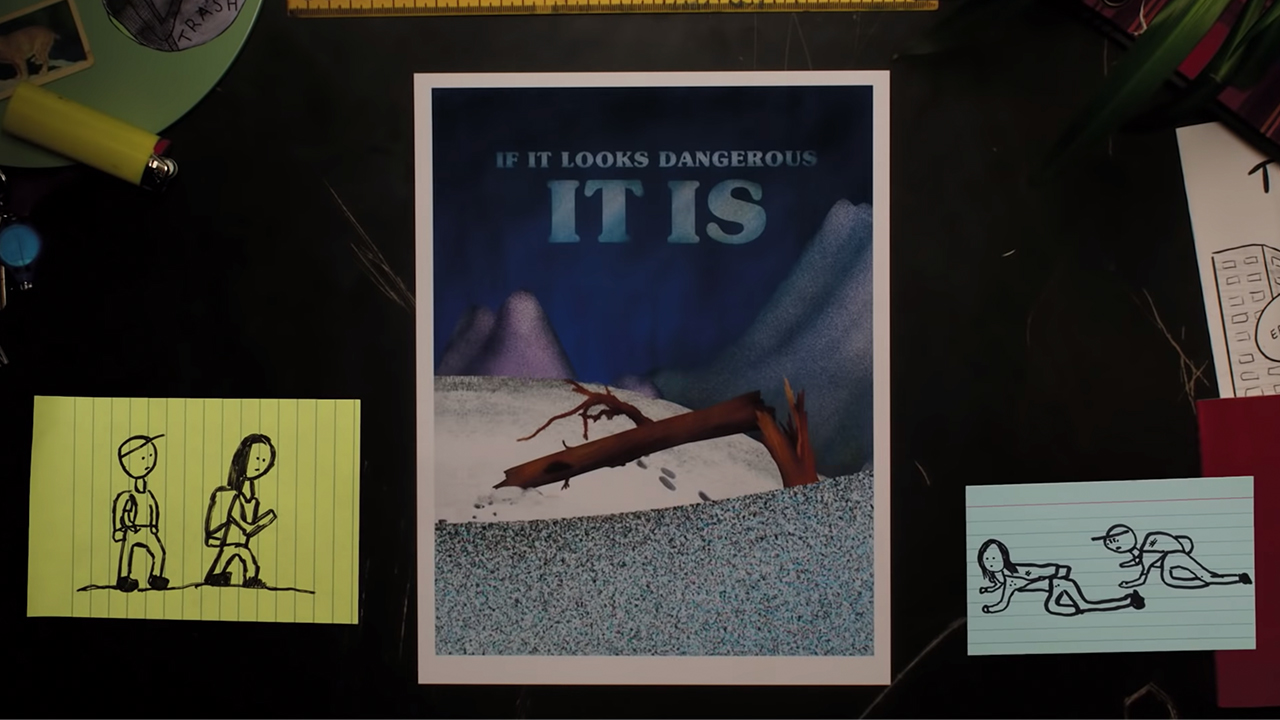 Along with their reputation as being one of the hardest working, friendliest and raddest bands on the planet, Canadian punk rulers PUP have also earned themselves some renown for putting out video after video of pure solid gleaming gold. When  for some artists music videos can seem like an afterthought or a necessary evil, for PUP it is an integral part of the experience.

This incredible hit rate when it comes to their videos has a lot to do with their dedication to making sure that everything they’re putting out is creative, original and most importantly engaging. I have fawned over their work in the past, and, well… I’m sorry, I’m doing it again as we take a look back at the music video for ‘Sibling Rivalry’, the third single from 2019 album ‘Morbid Stuff’, an album which saw PUP’s usual introspection and faux narcissism somehow presented with equal parts sensitivity and their trademark brash sardonicism. 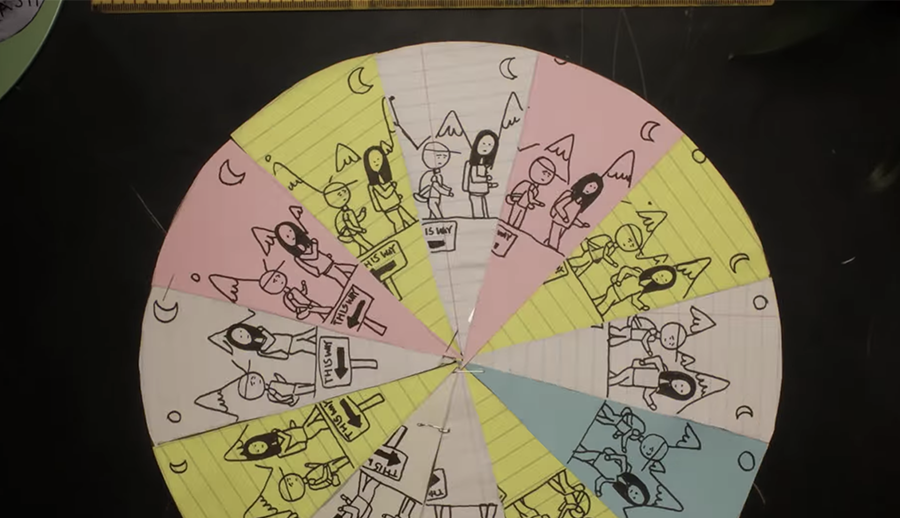 For the music video for ‘Sibling Rivalry’, which chronicles the insane and completely true adventures of frontman Stefan Babcock and his sister Carla, PUP enlisted the work of heavily sought after animator and mixed media artist, Martin MacPherson. Being such a personal story for Babcock and the band, we asked MacPherson how much influence PUP had on the creative process from the start: “Stefan had already written the comics in the first two stories and roughed out the vid when the project first came to me. However, the last third of the video had some big question marks.”

”Jeremy Schaulin-Rioux (long time PUP collaborator and creative director of sorts), Stefan and I met up for breakfast one morning and talked over some more ideas and then kept in touch through email while Stefan was on tour. After that I worked on the video mostly out of my apartment and then when the band got back from tour we banded together and fleshed out the final touches for the video. I had a character sheet for all the animations and drawings of Stefan and his sister as well as actual frames that Stefan had drawn which I manipulated for the video.” 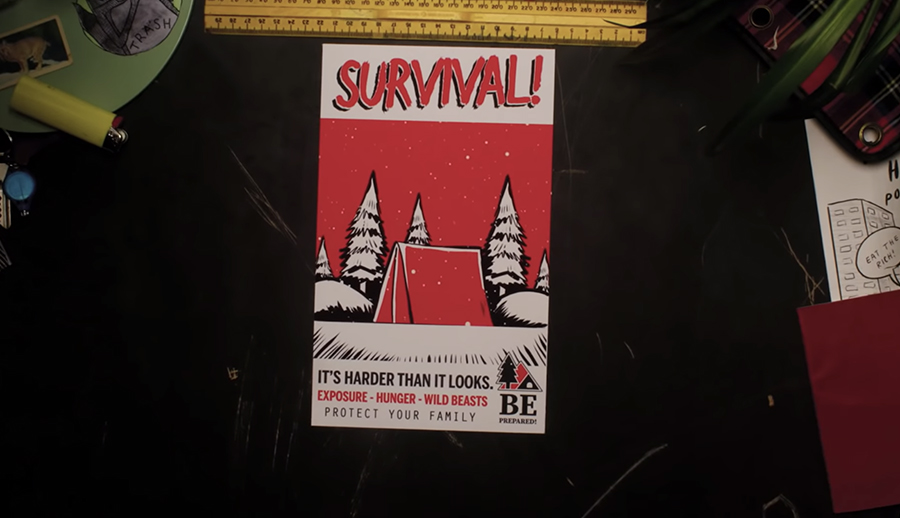 The video is so rich in content, with the focused-on hand-drawn comics being intermingled with warning signs and posters (which Stefan and Carla readily ignore), driving home the soul of this story in the siblings enabling each other to make really dumb decisions. MacPherson explains: “The stories from Stefan’s comics sound like cautionary tales and having the warning signs and PSA type posters popping up in response to their actions made sense because they appeared to be the types of people that needed to hear those messages the most. I really liked the look of Stefan’s comics and since he had been posting them on his Instagram I felt like it wouldn’t be too random to have a video based around that look and keeping it on the confines of a desk where he draws the comics seemed like the right setting.”

There’s so much small detail built into each poster, pamphlet and sign, with the viewer becoming aware of more and more with each watch. This process was something MacPherson revelled in: “Yeah it was totally fun. There’s lots of different styles involved and I got help from some friends on a couple of the posters initially so that it didn’t look like everything was made by one person. Shout out to Jackie Lee, Anne Douris, Brittany Farhat and Matt Fong! Eventually though I ended up making more posters than I had planned and forcing myself to try different styles and options was a good exercise.” 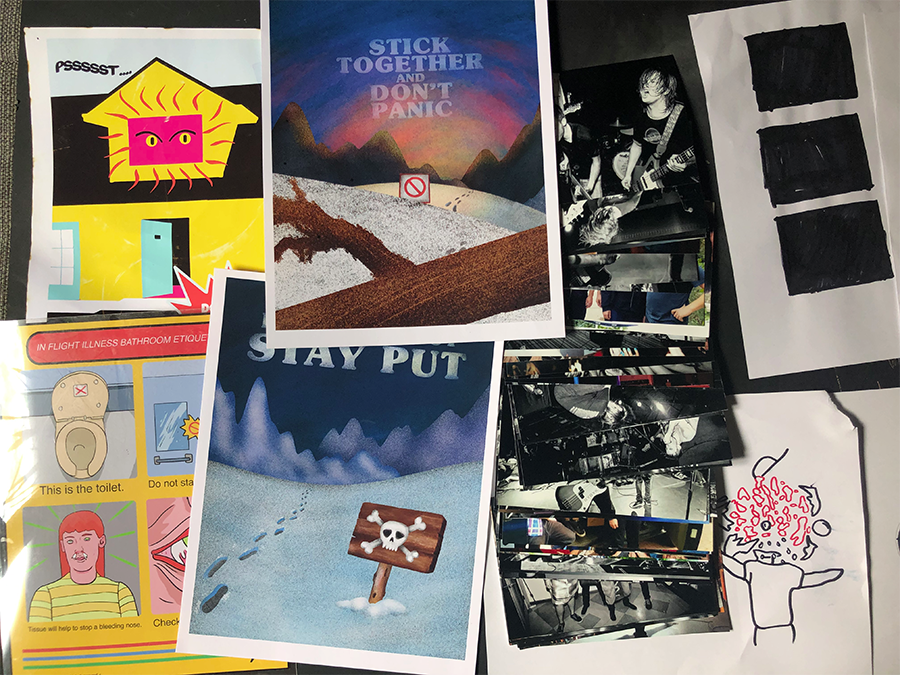 As massive an undertaking as any sort of stop-motion, mixed media animation always is, we asked MacPherson about the process itself. How much of it was made practically from compiling hundreds of photographs and how much was taken care of digitally? He replies: “A very large percent of the video is practically done however prepping the animations digitally and creating an animatic was very helpful in achieving this.”

”I knew there wasn’t a whole lot of time to get the video done and I didn’t want to have a heavy After Effects driven project chugging along on my computer so I made sure that I could shoot a majority of the video through Dragonframe, the stop motion program I use and complete the video in a couple animated takes. Then in the editing process is where more digital elements came in to play to tighten everything up. The process was enjoyable but also a little tedious at times. I wanted everything to feel a little raw, so I wasn’t focusing too hard on anything being pristine and perfectly animated and at the same time I still wanted it to work properly and be visually appealing. This left room for improv as I went along which kept the momentum up for me when shooting would go late.” 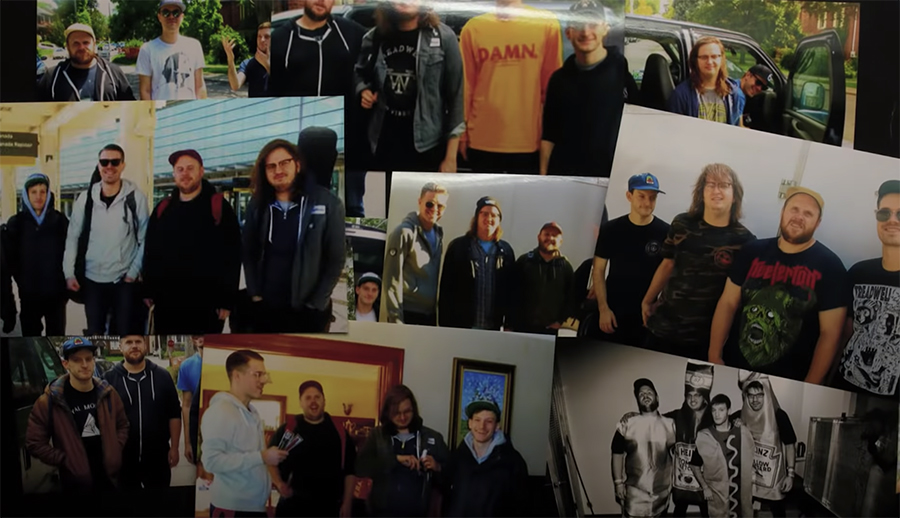 The final act of the video moves away from Babcock and his sister, instead detailing the other members of the band having a “nice and normal time with their siblings”. From drummer Zack Mykula playing cards with his sister Kelly, to bass player Nestor Chumak eating pizza with his siblings Yuri, Stef and Natalia, and then to guitarist and only child Steve Sladkowski, who is consoled with the notion that he doesn’t need siblings because he has PUP.

After a quick lesson on band etiquette, the final chorus delivers a heart-warming montage of music paraphernalia and photos of the band hanging out and playing shows. A closing dedication to all of their siblings brings the conclusion to an interesting and original meditation on what it means to be family, delivered through Martin MacPherson’s endlessly impressive and engaging art style.

Here is the official video for “Sibling Rivalry”

Directed and Animated by Martin MacPherson. Based on stories and comics by Stefan Babcock. Drawn by Marty (mostly) and Stefan (a little bit). Additional direction and brainiac ideas from Jeremy Schaulin-Rioux. Live photos at the end by Amanda Fotes.