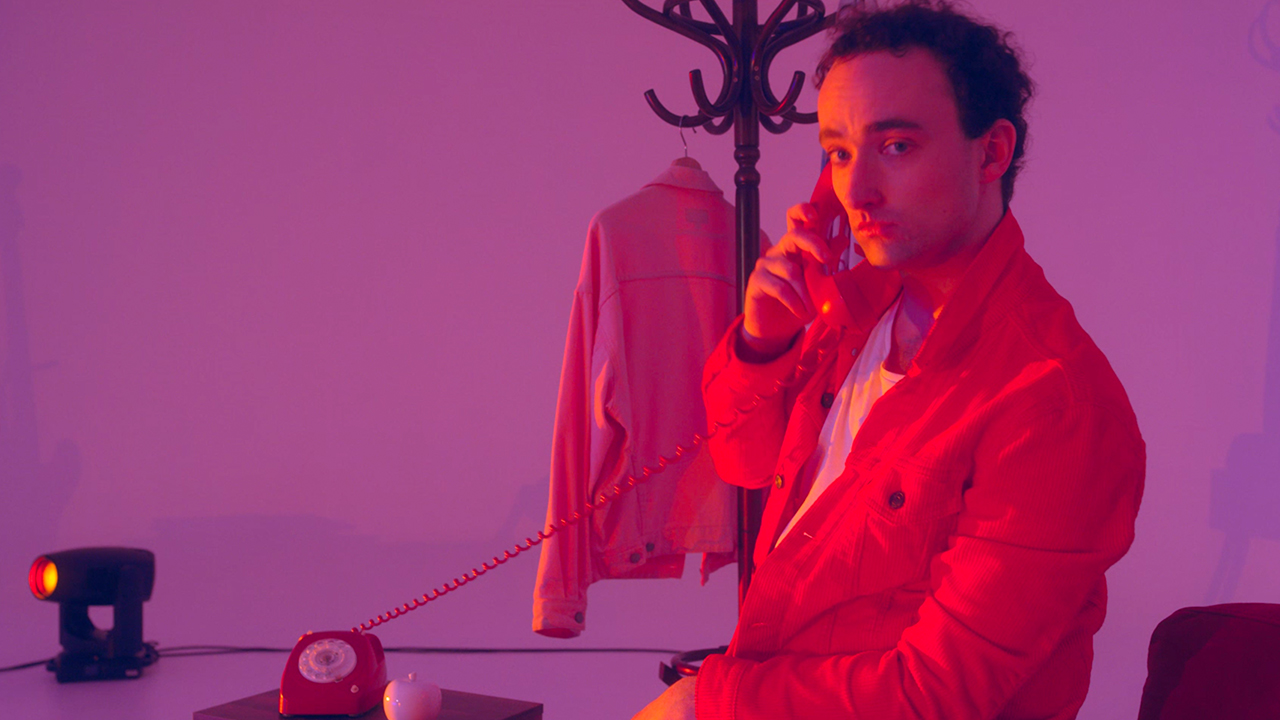 It’s been a long time between drinks for Sydney EDM heavyweight Wave Racer. Since the release of the massively well-received Flash Drive EP back in 2015 and a bare smattering of remixes around the time, there has been little noise from the Wave Racer camp. With radio silence came great anticipation however, and as such, Wave Racer’s eagerly awaited return with first single ‘AUTO’, followed along closely by ‘Summer Rain’, has been nothing short of triumphant.

The accompanying video for ‘AUTO’ saw a grand take on the lyric video, with a one-shot of an incredible programmed lighting display as the backdrop for the song’s words, buffed by a guitar solo performance by Wave Racer. This rich aesthetic of dynamic colourful lights is something that has also been carried across to the new video for ‘Summer Rain’. 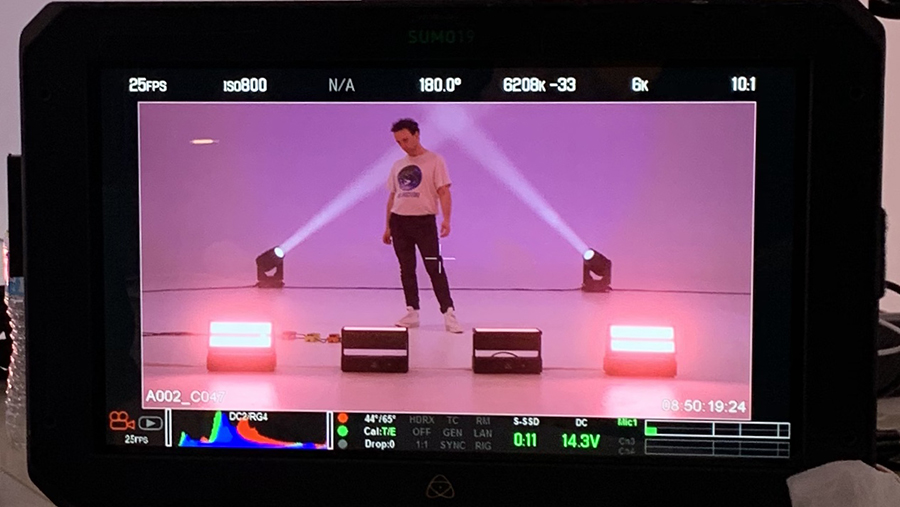 Wave Racer has spoken of wanting the videos to capture the way he visualises the music when he is creating it, and when asked about the importance of both videos occupying a similar place aesthetically, Wave Racer replies: “Both videos were created in unison – kind of like a two-part project, each part having its own format within the same space. I was treating the releases of the two songs like a single package, there are deliberate consistencies across the artworks, colour schemes, and they were released only two weeks apart. I wanted to give people more than just one piece of work after a long period of time away. So naturally, it made sense that the videos for each piece would exist in that same space as well. We programmed all the lights for each video in the same weekend, and shot both on the same day using all the same equipment and crew.”

“While there are important parallels between the two videos, such as the lighting arrangements and the setting being occupied, we also made an effort to differentiate the two from each other as a means of exploring the flexibility of light and space. Each video has its own distinct concept and functions independently, while using the same means and resources to achieve the results for each. I think, with these two videos, we succeeded in showing that these relatively simple elements can be creatively utilised to achieve a variety of functional outcomes, while also deliberately maintaining certain elements across the two scenes to help bring the story together.” 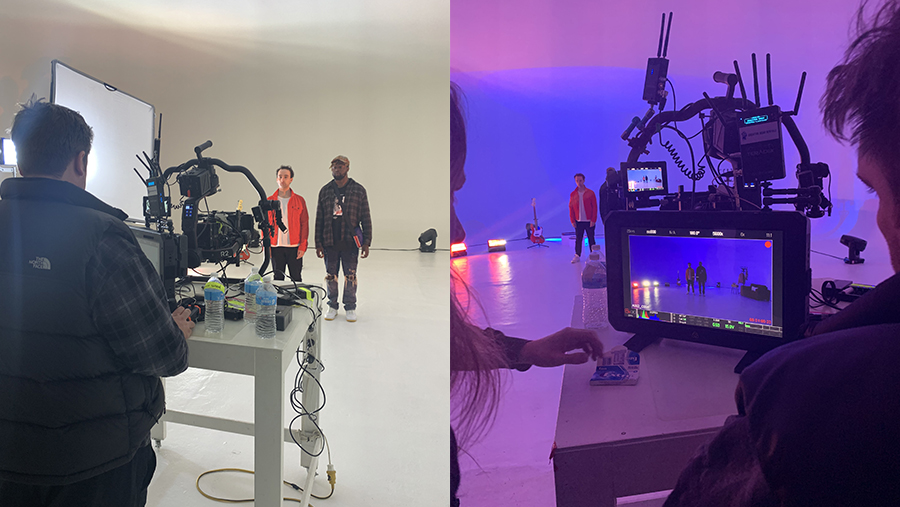 CLIPPED MVF 2019 award winning director Ryan Sauer, who helmed both the videos for ‘AUTO’ and ‘Summer Rain’, certainly knew he was in safe hands coming into the project, with lighting design collective Colourblind on hand to do what they do best: “Colourblind are amazing, in fact they actually approached me to work on this video with them. I have known the team for quite some time now through touring with artists like Peking Duk, and have also used them for the ‘Wasted’ music video I directed just over a year ago. They never disappoint and I have so much confidence in their ability to not only nail the brief every time, but throw in a bunch of extra surprises.”

The lighting design on ‘Summer Rain’ has so much character, seemingly drawing great influence from the music of the song both rhythmically and in the selection of colours and tones. The upbeat positive nature of Wave Racer’s patented future bop sound, embellished by featured vocalist Kwame’s spirited and almost puckish delivery, creates a sonic canvas on which Colourblind’s lights paint a warm and exuberant illustration. 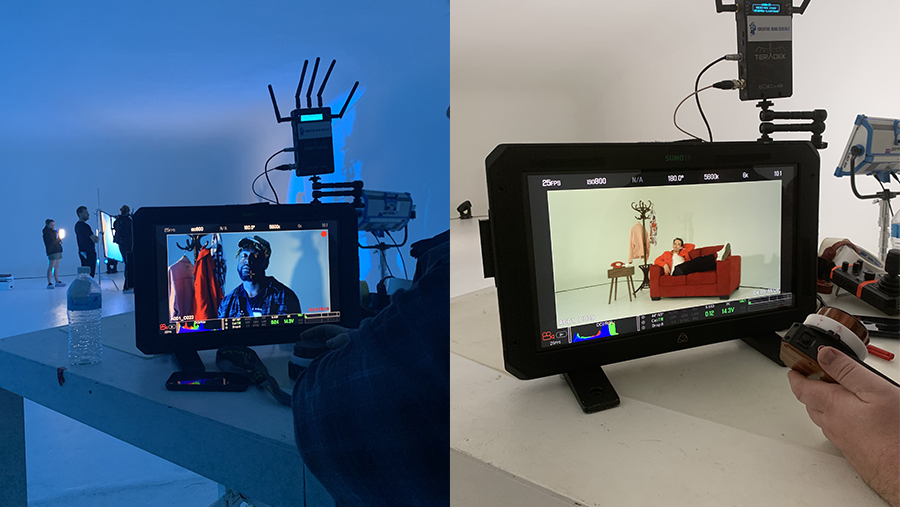 This bright playfulness feels so important to the video and something that director Ryan Sauer was intent on highlighting. There are times throughout the video, particularly in the ridiculously enjoyable second verse dance sequence, where Sauer allows the shot to exist with very few cuts, ensuring that the focus is on the performances and maintaining the well-cultivated light-hearted vibe.

Sauer explains: “This is something Wave Racer and myself discussed the first time we spoke, how he wanted the lighting and movement to really speak for itself and I totally agreed. We referenced Francis and the Lights music videos and how they move so gracefully and are all one take videos. Both Wavey and Kwame are such bright and positive personalities, it would have been dumb not to play on that as much as possible and I feel the fun little dance routine was the perfect way to express that.” 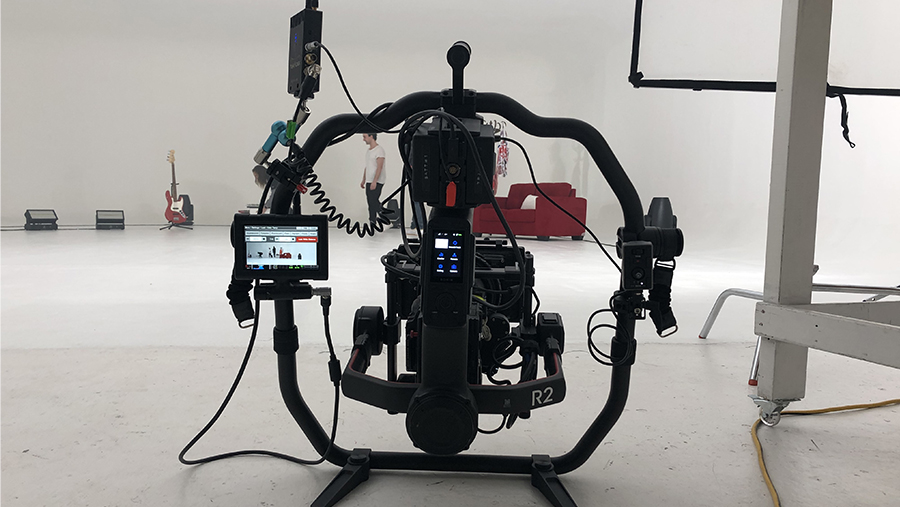 In the song’s final chorus and outro, there is a subtle shift in the tone of the video. While still quite positive, it becomes more introspective and even wistful, as Kwame and Wave Racer sit back to back on the floor while Kwame’s pitch shifted melody puts the song to bed in such a wonderful and comforting way. Sauer explains the mood shift: “A lot of it was inspired by the lighting, so big ups to David Fairless (Lighting Programmer) on that one.”

“Kwame is also an amazing performer, and I have seen that many times through touring with him so I played on that a lot. Other than that, I really wanted them back to back on the floor so we could circle around them in different directions and see all those amazing patterns on the cyclorama wall. Wavey was very involved in the editing process and we went back and forth to ensure it was in line with his vision and something we could both be proud to put out.” 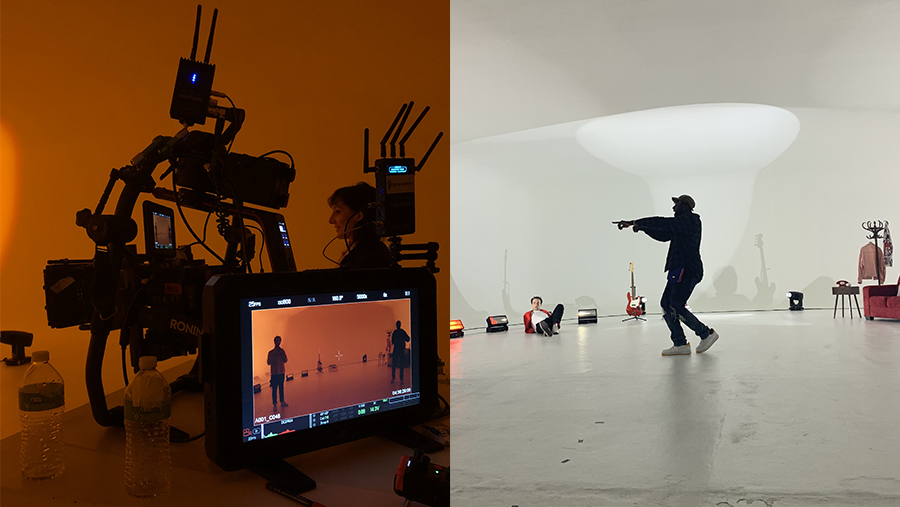 If just the very news of Wave Racer’s return wasn’t enough to put the warmth back into your heart, ‘Summer Rain’ and its joyous video certainly are. Wave Racer’s boppy dub-hop production is such a perfect foundation for Kwame’s upbeat performance, and it is truly impressive how well the sunny warmth of the track has been so perfectly captured in this video.

Here is the official video for “Summer Rain”