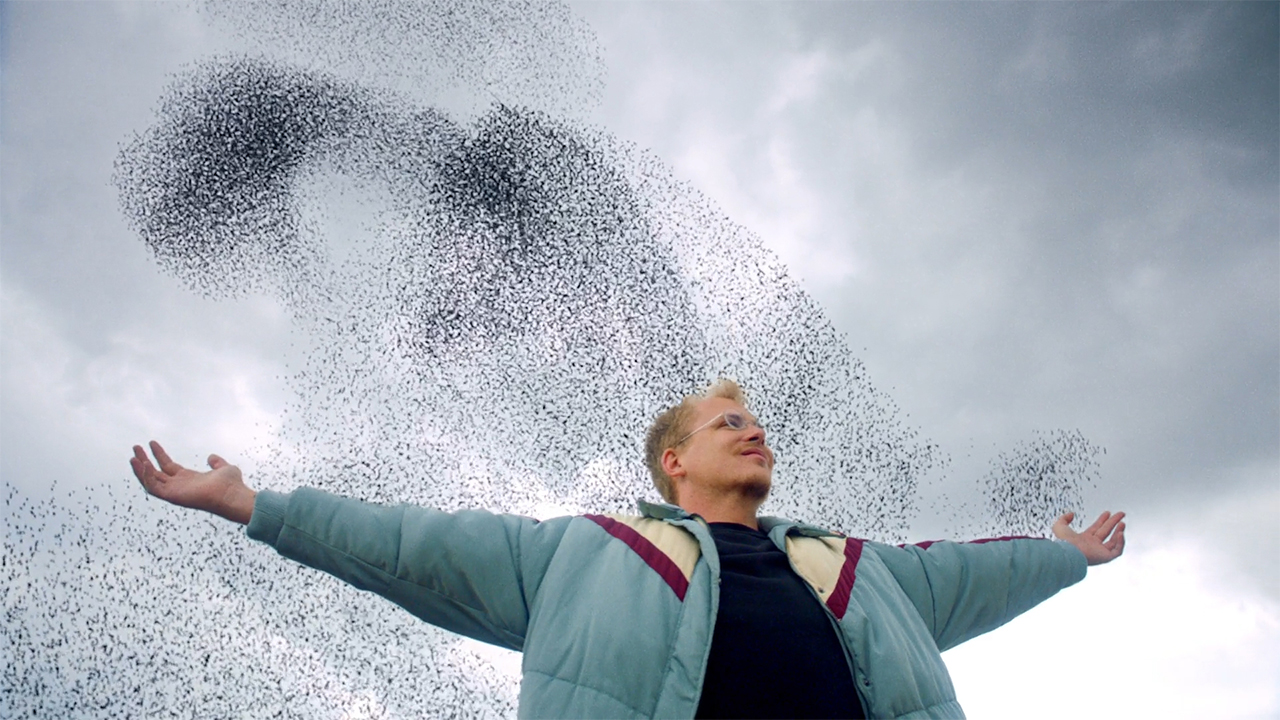 [dropcaps type=’normal’ font_size=’60’ color=’#ed145b’ background_color=” border_color=”]T[/dropcaps]he term happy accident is thrown around a lot in the creative world. A bum note becomes a wonderful harmony, a forgotten line becomes a ground-breaking ad-lib. It can be a truly beautiful thing. However, most happy accident tales pale in comparison to the music video for Norwegian singer/songwriter Sigrid’s, ‘Mine Right Now’, an ode to going with the flow and living in the moment. 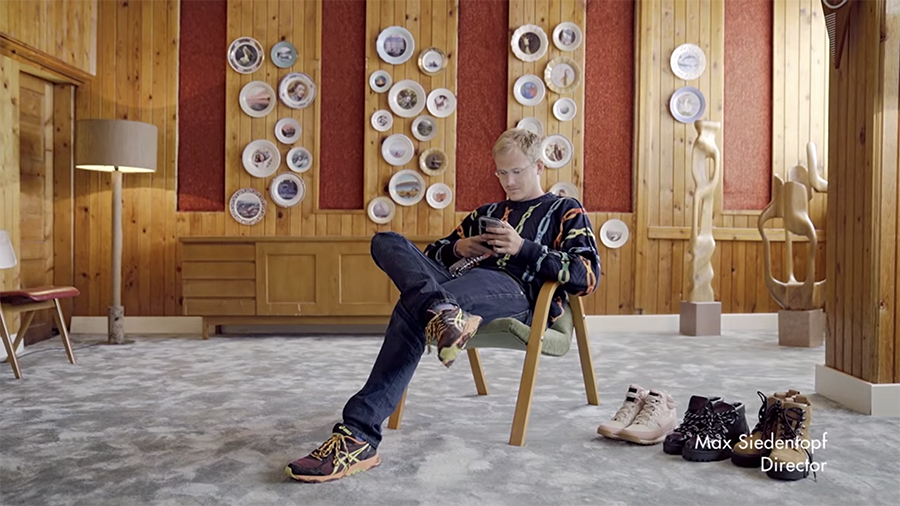 The sentiment of the song takes on new significance as the music video opens on a Facetime-ing Sigrid, explaining how flight delays meant that she was unable to attend the shooting of her own music video. Rather than throw everything away and cancel the shoot, in stepped director Max Siedentopf to play the role of Sigrid: “We found out that Sigrid wasn’t going to make it at 7.30 in the evening and we were supposed to start shooting early the next day, so there wasn’t a lot of time to overthink things.”

Siedentopf continues: “We were discussing if we should go home now, but a few people were also joking that I should take her place now and that very quickly became the only option there was. The thing I’m most self-conscious about is singing, especially in front of a big group of people, but we spent over a month preparing for the shoot and I really didn’t want to go back home with nothing. When the decision was made it wasn’t clear if the video would ever be released, which I think helped because no one really had anything to lose so we just had fun filming everything.” 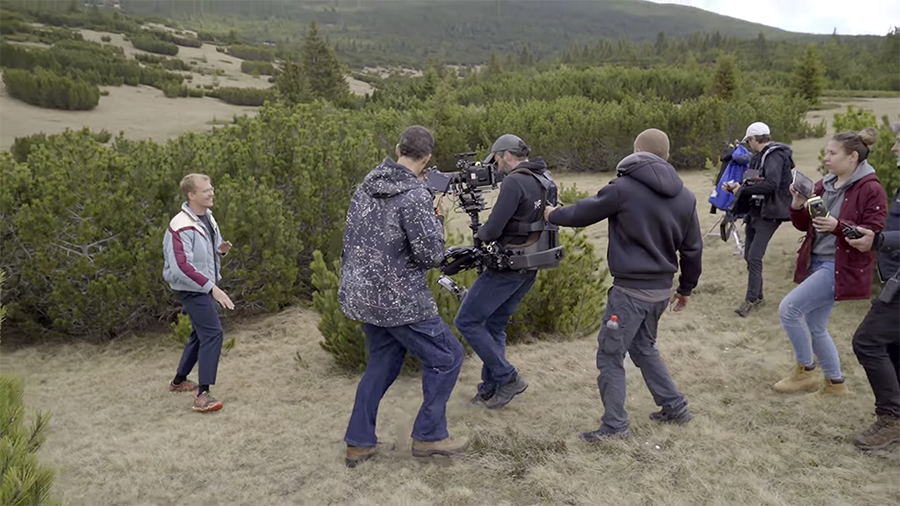 The video could have still been shot entirely in earnest, simply with Siedentopf in Sigrid’s place and it would have been charming, delightful and also stunning. There are some incredible shots throughout this video, particularly those of Siedentopf performing upon a beautiful green mount as waves of swarming birds swirl around him. But unfortunately, the problems on this shoot didn’t end with Sigrid’s non-attendance…

“We actually tried to shoot everything exactly the same, but during the shoot there was such a massive storm that one of our platforms was stranded on shore, we built a 4m deep platform on a lake where it would look like you’re walking on water – which collapsed, our drone crashed into the water with all our footage on, we got chased away by park rangers from the mountain we were supposed to shoot on and much more. It was just impossible to stick to the plan with all of these hurdles.” 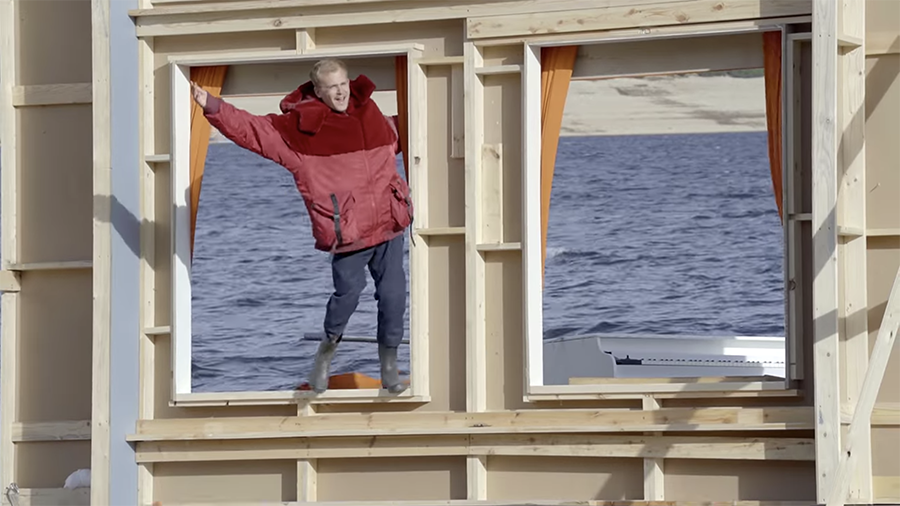 “In the end we decided to use the BTS footage because it helped give a better insight into how everything went wrong and another reason was that my performance was so bad that there was just no more footage to work with. Initially we had a lot more BTS shots in it, but we took out a lot again because in the end we were making a music video and I also wanted to show that it would’ve been a really cool video if it had Sigrid in it.”

Another part Siedentopf was determined to keep in the final cut was the climax. As he stands in a lush green field, a massive CGI dragon swoops in, roasts him to ashes and a caption explains that the dragon was supposed to be a surprise funny ending. Given the rest of the video, this just seems like the absurd cherry on top of an already absurd dessert. 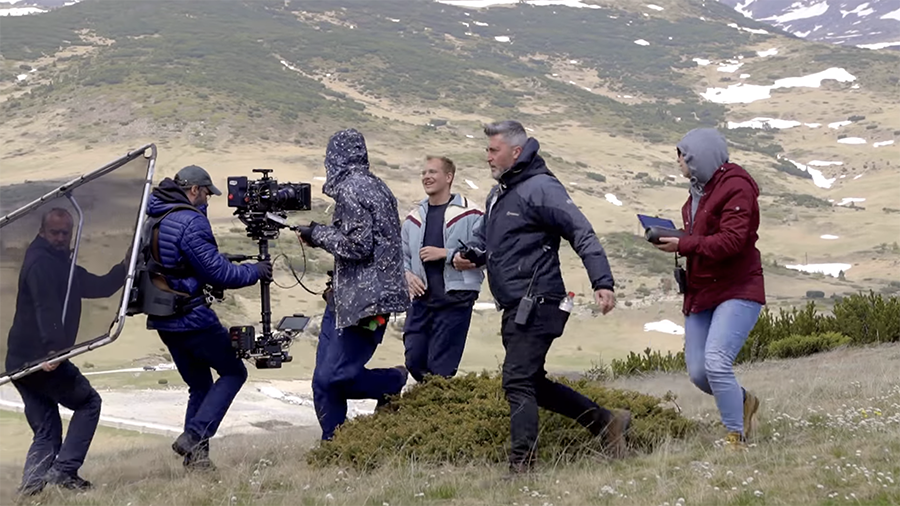 When asked if this was actually how the video was slated to end, Siedentopf replies: “Yes, and that’s what I’m most sad about. It was such a big achievement to convince the label & management to end with the dragon burning Sigrid. I really loved the idea of shocking all her friends with the absolute WTF moment that came out of nowhere and that was supposed to be the big surprise. I always felt that the dragon would’ve been the thing that would’ve set this video apart from all of Sigrid’s other videos. Ironically enough the entire video ended up being one big WTF surprise.”

The definition of the happy accident of course requires the outcome of the accident to be a success in the end and that truly is the case here. While we will never know for sure, it is certainly safe to say that had everything gone to plan “Mine Right Now” would have been a gorgeous video of Sigrid performing her heart out among rolling hills, beautiful settings, walking on water, the lot. But would it have been as memorable as what we ended up with? 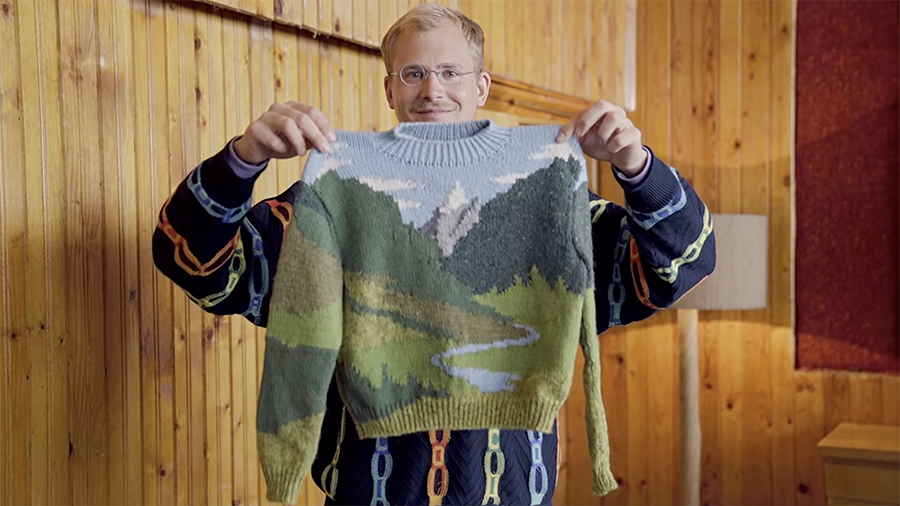 Max Siedentopf’s performance as the reluctant star is so engaging. The viewer is immediately invested in the success of this video. Siedentopf, from his very first graceful pirouette, puts everything he has into his performance, even as crew members watch on bewildered or explicitly tell him about how his arms are “awkward”. It is so thoroughly endearing and joyous, even after dozens of watches, which is something I can personally attest to.

As Siedentopf so perfectly sums it up: “Literally everything went wrong and much, much worse actually than what is portrayed in the video, but in hindsight I feel like all of these things going wrong actually made for a far more memorable video than what we initially planned for.”

Here is the official video for “Mine Right Now”