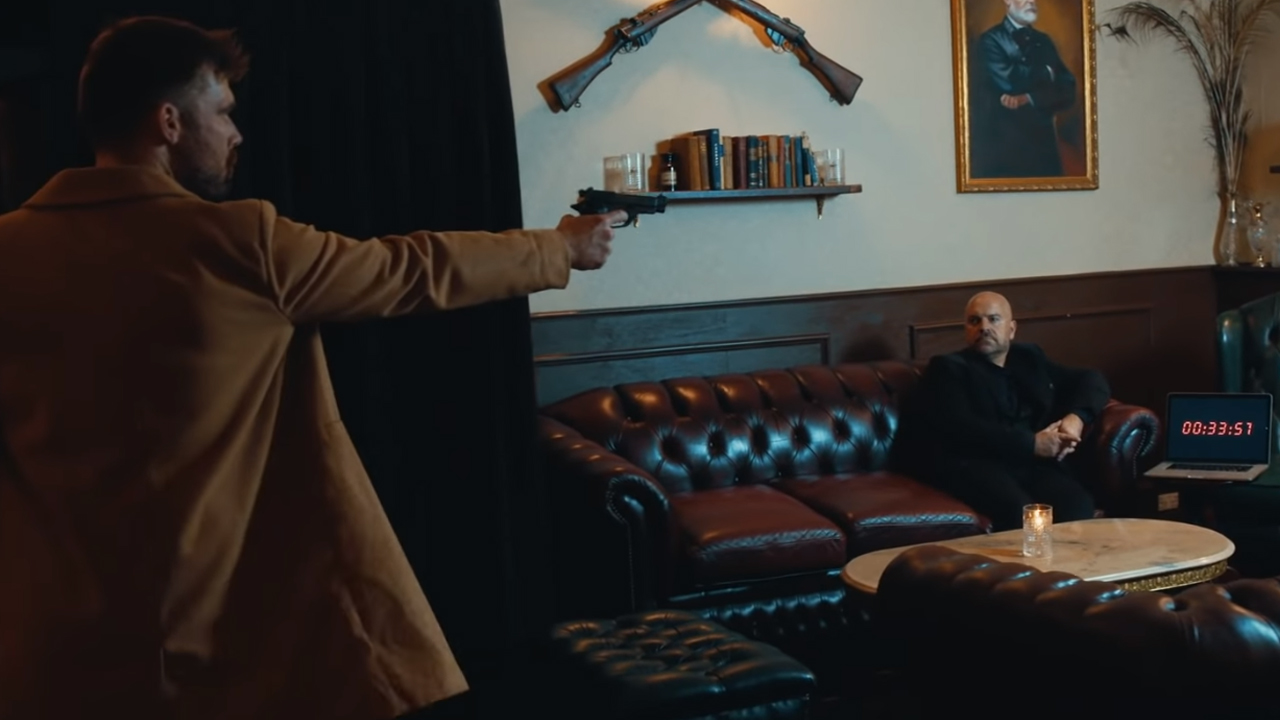 FEATURE: Void Of Vision – If Only (Dir. Cian Marangos)

[dropcaps type=’normal’ font_size=’60’ color=’#ed145b’ background_color=” border_color=”]W[/dropcaps]ith the release of their explosive and highly anticipated sophomore full-length album ‘Hyperdaze’, Melbourne metalcore band Void Of Vision have also dropped the third single from the record, titled ‘If Only’. The track’s video is the second act to a story that began with the July released video for ‘Hole In Me’, in which an unwilling participant undergoes some shady warehouse surgery and has a device placed inside him. The video, delivered with such sinister desolation, ends with a modicum of relief as the patient frees himself from the bed and makes his escape from the facility. But to what end? 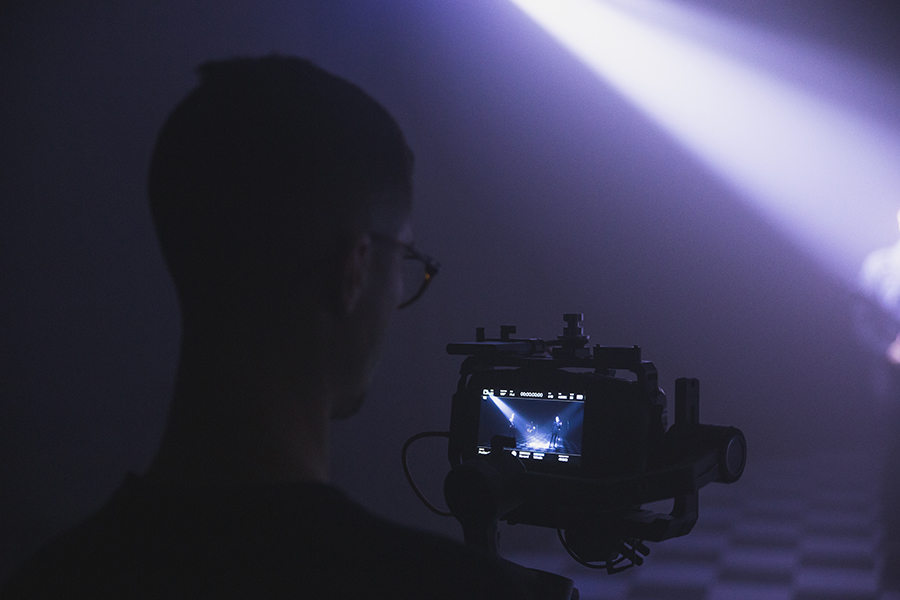 Void Of Vision – ‘If Only’ (BTS Photos by Martin Wood)

Picking up exactly where ‘Hole In Me’ left off, ‘If Only’ opens with the man staggering into his house, still dressed in the hospital gown he escaped in, clutching at his wounded side. It is here that we come to realise the man has been in the process of unraveling a convoluted conspiracy, masterminded by a group of suit-wearing criminals. When the man enters the group’s headquarters only to see that they have triggered an ominous countdown timer, he is re-captured by the crims.

We spoke with Void Of Vision vocalist and the mastermind behind this duology, Jack Bergin. Given the success of the ‘Hole In Me’ video, we wondered if this chapter of the saga only came about as a tack-on to the original, however Bergin assures us that was definitely not the case: “It was all planned from the beginning! I’m glad we filmed them both with a bit of time apart as some new ideas did form/some ideas were scrapped, but we always knew we wanted the two to be cohesive and create a little universe for VOV fans to immerse themselves in, a treat for the senses. I’m so glad we stuck to our guns and ran with the same storyline idea we had from the get go, though, which began with two main shot ideas – a bomb being inserted into a guy’s stomach, and a guy drowning, haha. We made the rest of the magic happen from there!” 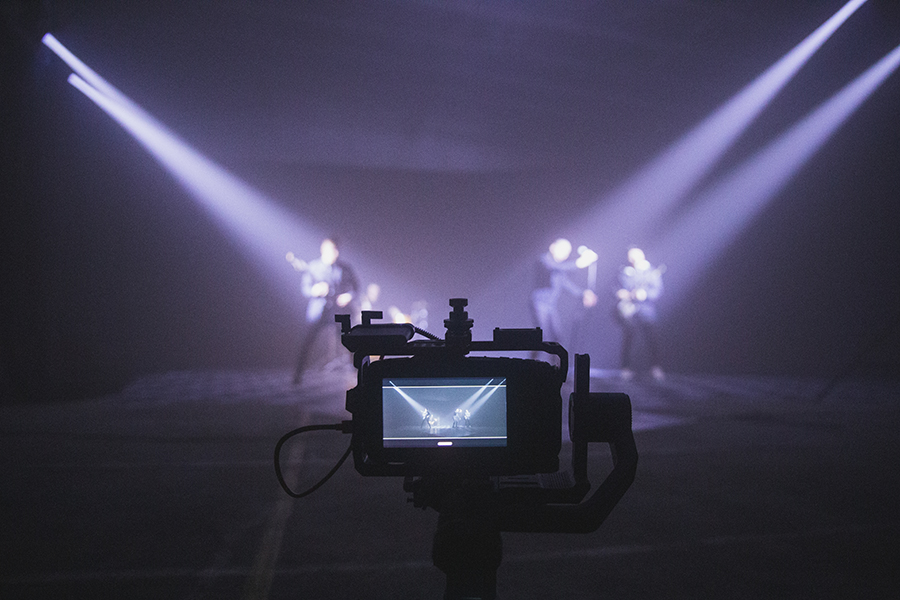 Void Of Vision – ‘If Only’(BTS Photos by Martin Wood)

When Bergin says “we”, he is not only referring to his Void Of Vision bandmates, but also to long-time ally, Melbourne-based photographer and filmmaker, Cian Marangos. ‘If Only’ is the last in a long line of collaborations between the two parties, something which Bergin attributes to a deep and clear understanding: “Myself and Cian have been super close friends for a very long time now, it’s so easy for us to be straightforward with each other where any idea can be suggested no matter how dumb it is, we’ll find the best way we can to make it work. There are very little boundaries when you can make open and honest communication and much like making the music for Hyperdaze, an identical form of creativity and teamwork went into the music videos. Cian has turned into one of the country’s finest in alternative music MV’s and its not only a pleasure to work with him on all these videos, but also an honour to call him a friend. Watch him rise.”

Despite ‘If Only’ and ‘Hole In Me’ being two parts of the same story, the two videos couldn’t be any more different aesthetically, particularly in the video’s performance sections. ‘Hole In Me’ matches the more frenetic and at times discordant nature of the song with a green grungy aesthetic, while ‘If Only’ takes cues from the boldness of the track with a clean and crisp look, setting the band in a vast black space, illuminated only by small spot lights. 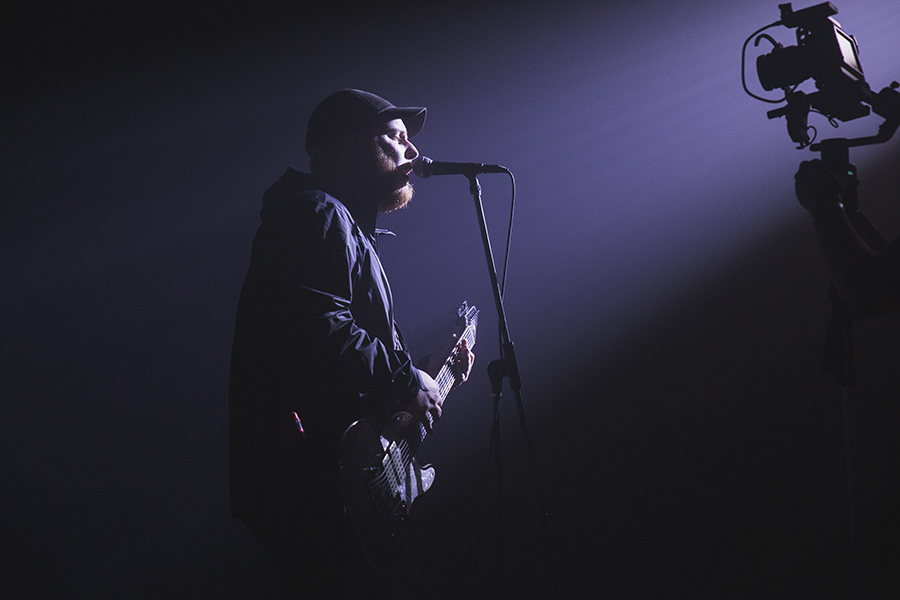 Void Of Vision – ‘If Only’(BTS Photos by Martin Wood)

Bergin elaborates on this stylistic approach: “I wanted to showcase the emotion behind each song in a different light, whilst streamlining this main idea of dread through the main storyline. ‘Hole In Me’ is an extremely brash and visceral track – we wanted to provide a colder, more harsh environment for the band scenes, while still complimenting the whole industrial look we were going for within the storyline. ‘If Only’ on the other hand is a much more hopeless and defeated song in comparison, I wanted to showcase the vulnerability of being so open, hence popping the band in a completely blacked out room with nothing but the thoughts they’re pouring out through the music.”

”I’d also like to think the band scenes compliment the artwork brilliantly, I’d only thrown the artwork ideas around with everyone when we began filming these videos so it was unreal that Cian was able to piece it all together, and then send shots of the sets we made to Darren (album cover artist), who absolutely killed it on working with our vision we created. I guess you could say these music videos played quite an integral part in the release like that.”

The climax of the video sees the protagonist-come-hostage taken to the water’s edge. As the timer ticks down to zero he doubles over and is shoved into the water by his captors. This leads to some incredible shots of the hero, submerged in light-dappled water. When asked about how they achieved these shots, Bergin replies: “We used an underwater housing. The lighting we used for the scenes was an OH&S nightmare haha, the definition of shitty rigs. It involved a par can held up over James’ pool with 2 hockey sticks above the water and myself holding a dolphin waterproof torch underneath attached to a pool cleaner. Took us so long to test/set up for the perfect positioning but the final shots were well worth the wait!”

These underwater shots, along with those of the band performing deliver a most-welcome helping of cinema to this video. While it is certainly the extreme tale of deceit and escape that drives the videos, it is this attention to presentation that gives them their character. With so many performance-based videos and so many formulas for shooting performance, the value of seeking out an original and artistic way of presenting a band is truly immeasurable. 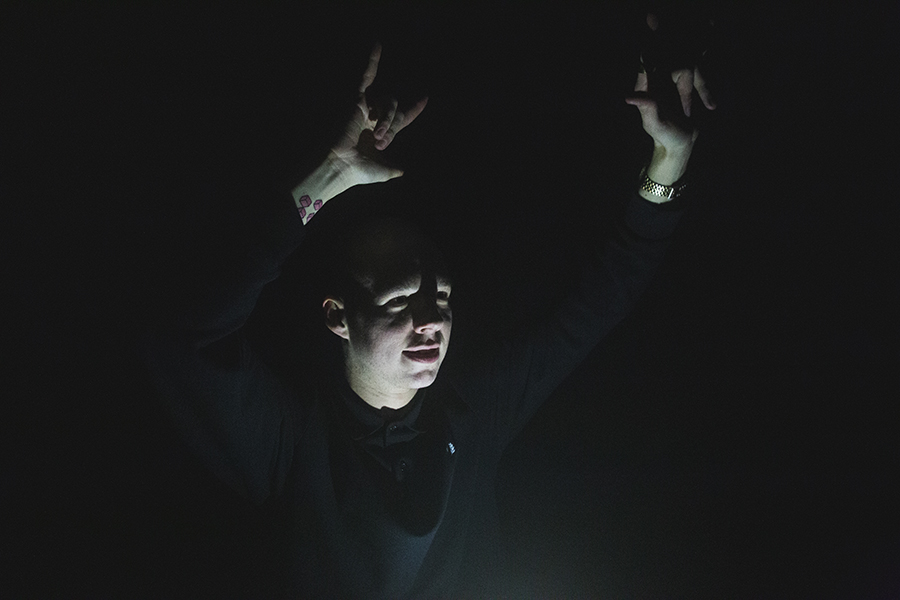 Void Of Vision – ‘If Only’ (BTS Photos by Martin Wood)

As the song closes on an atmospheric rung out chord and a lingering shot of the surface of the water, delay swirling with the peaceful lapping of the waves, we are left waiting for the protagonist to triumphantly burst through the surface, to make his great escape once again… But that moment never comes. When asked if this really did signal the end for our hero, Bergin replies: “This is the end! We wanted to end this video on a note similar to how we ended the album itself: incredibly bleak. There was always an idea at the beginning to create a never ending loop in which the character has been found from the water and taken into the operation room again where it gives a Groundhog Day kind of idea, but we ended up leaving it how it was, a tale of hopelessness and utter defeat.”

“There may be future music videos with small easter eggs in them from this little universe we’ve created, but I wouldn’t want to spoil anything.”

Here is the official video for “If Only”