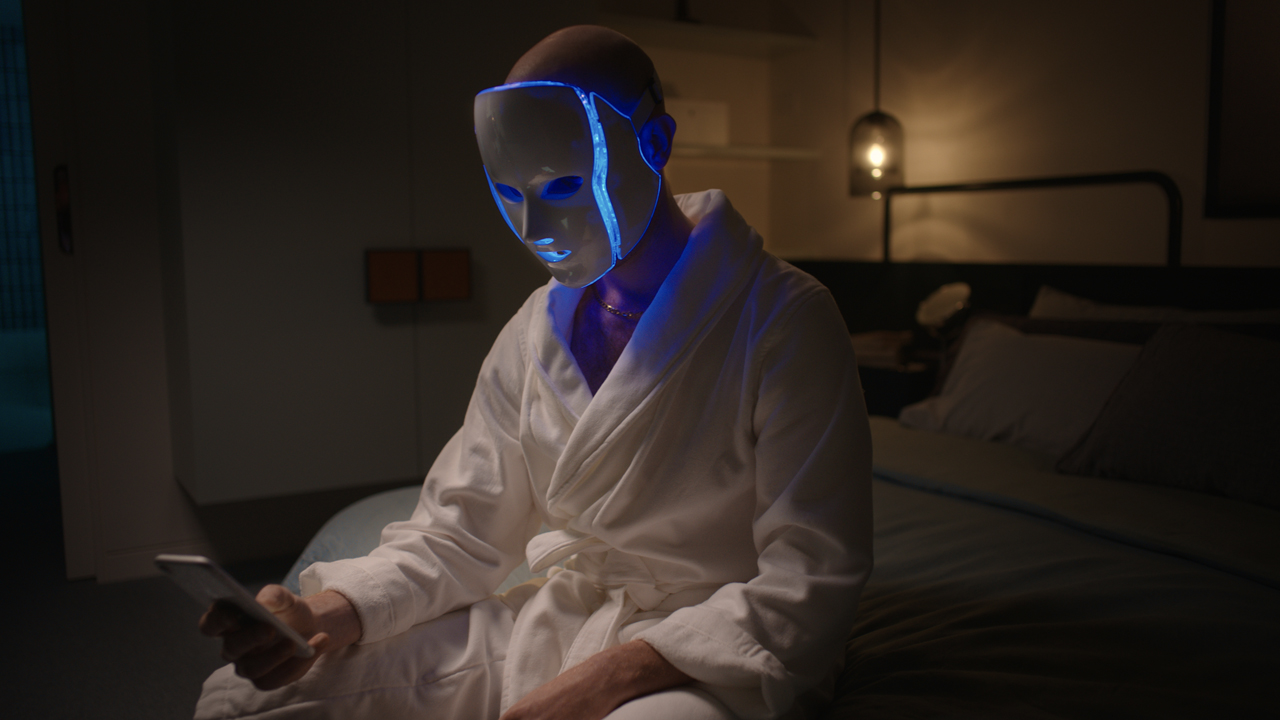 search for love is over for front man Sam Hales in The Jungle Giants clip for ‘In Her Eyes.’ The Australian band joins forces with director Julian Lucas once again, to produce a music video for their new single that is equal parts pleasing, happy and unsettling. A jaunty beat travels throughout the hopeful song and combines with Sam Hales’ impressive vocals.

Aiming to provide an escape from the cloying reality of which we are constantly reminded, Lucas aimed to tell a simple, happy love story. However, finding that the band wanted to push it further, Lucas’s concept took a turn for the brilliantly weird.

“With any concept that I come up with, the main element I look for is for it to have a sense of freshness to it. Not necessarily original, but piecing together slices of things that I love and creating a hybrid from them. Sam liked the idea of him falling in love with something unexpected – telling a traditional love story, but flipping it on its head. That’s when I thought well, why not fall in love with yourself. It was one of those ideas that felt right from the outset. When you can put an idea into a sentence or two, it’s usually a positive sign. Sam and I also both love Tommy Cash’s work too – he uses a lot of face swapping in his clips and pushes the envelope a bit. So, In Her Eyes is the child of Salvatore Ganacci and Tommy Cash to some degree.” 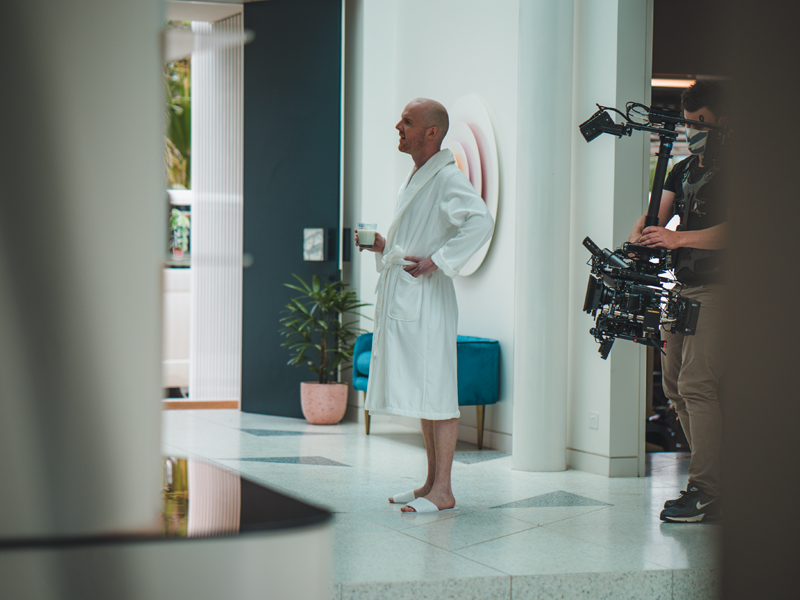 The video plays through idyllic scenes of Sam’s whirlwind romance with his near identical female doppelganger. We cover the common major milestones of relationships, building to the happy ending of living the nuclear family dream. The clip is remarkably sane for something that could have easily been a mild fever-inspired hallucination. While the text can be looked at as an exploration of narcissism, of an ego inflated, Lucas reveals that it wasn’t supposed to be the video’s main theme.

It’s actually a bit strange that I’ve made this clip, because it doesn’t align with my views on narcissism. My honest opinion is that we’re on a slippery slope of being too self-obsessed. But the song has an upbeat feel, and the lyrics sit in a loving space, so the story had to end well for the main character. The clip is playing with the idea of self-love and being so obsessed with your own reflection that you only see yourself in everyone. But it’s not my main motivation for the clip. If the song was darker, then there’s every chance the clip could have become a lot weirder and more intense. Perhaps the ending would have taken a turn for the worse for the main character. 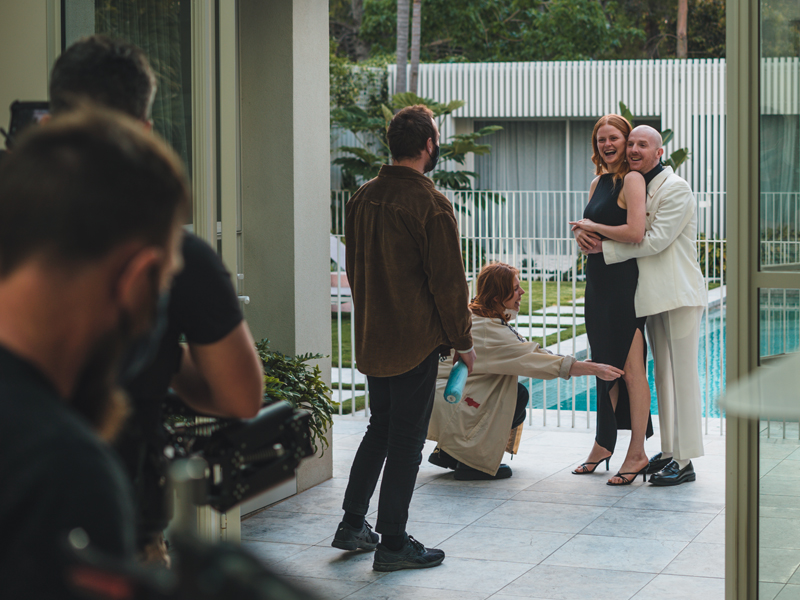 The backdrop to this demonstration of companionship is a lavish, modern mansion. Everything about it screams desire. Lucas targeted a particular set of visuals for this clip, determining the specific location they needed to tell the story in the best way possible. The chosen site is all white walls and glass, a sterile colour palette that gives the clip a distinctly clean look. The smoothness of the camera shots also helps to deliver the spotless impression, with a tripod combined with digital zoom allowing Lucas to achieve steady images. The unblemished nature of the visuals lends itself to the idea of the perfect romance, in addition to complementing the noticeable happiness of the song.

Location is hugely important with anything that I make. The house needed to paint the picture of what this guy was like. It needed to be both visually interesting and aspirational for the everyday person. I had a shortlist of houses, but the one we used was the clear winner. It got to the point where the story needed to be told in that house. It felt a bit like an LA compound that a celebrity would live in. Lots of privacy and loneliness. So yes, the aesthetic is important and does influence the narrative to some degree. But I’d say the narrative plays more of a role in dictating the aesthetic. I usually create characters and then their world needs to align with that. 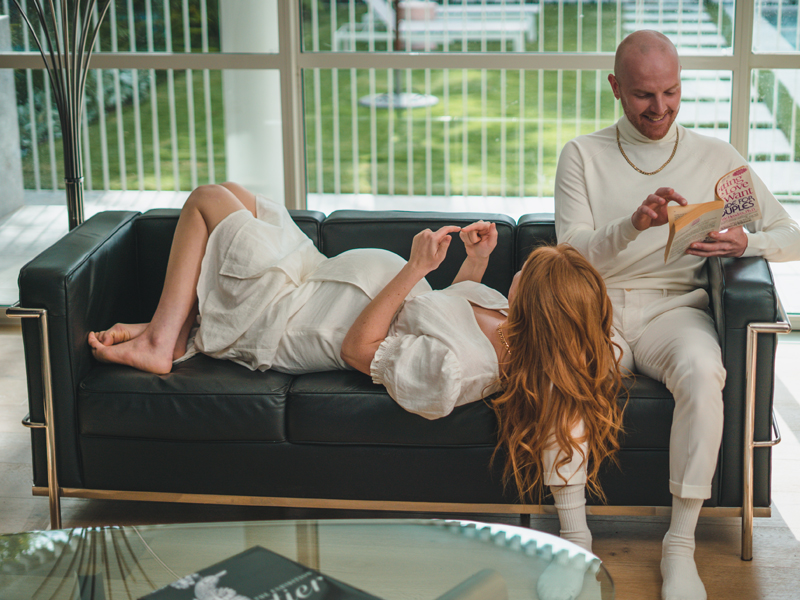 To achieve the perfect look, Lucas worked with cinematographer Ed Goldner to achieve their vision. To match the beat and pace of the song, the camera is rarely static, with small amounts of motion through every shot, lending a dynamism to the visual elements.

I hadn’t worked with Ed Goldner before, who shot the clip. We’d been chatting about working together for years and so it was great to finally pull the trigger on a project. He did an amazing job with bringing it to life. We used an Alexa LF with Cooke lenses. This was to give the house a very sharp, clean feel. We were also lucky enough to have Matt Dobson on Steadicam. The track has an energy and beat to it that feels like it needed flowing camera movement. 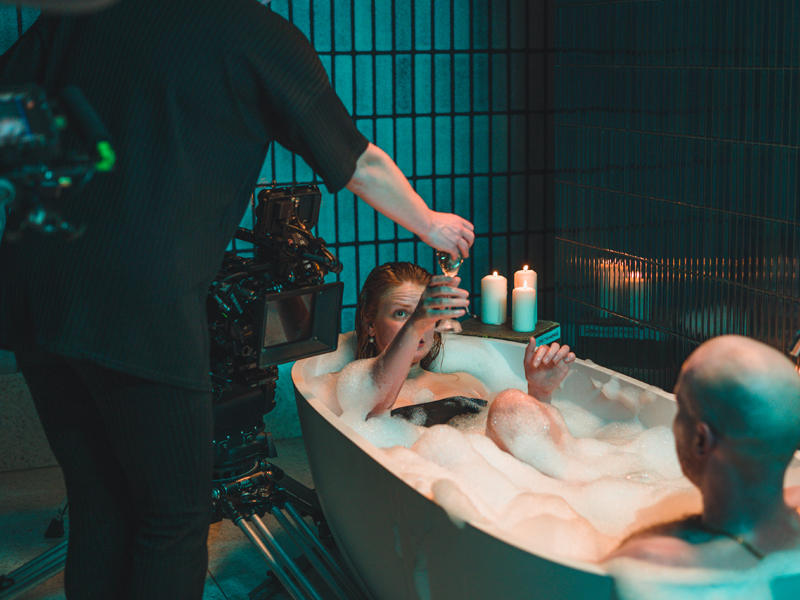 Lucas stated that the most difficult shots were the scenes requiring VFX. While they didn’t face any crippling challenges while shooting, it took work to figure out exactly how the shots were going to come together.

There were moments of mental gymnastics trying to work out certain face angles, timings and performance Sam should be giving in the face swap shots. In hindsight, shooting the most complicated scene last was the wrong decision, but you live and you learn. On the whole, we had an amazing crew who worked really fast and made the process as easy as we could have hoped for. 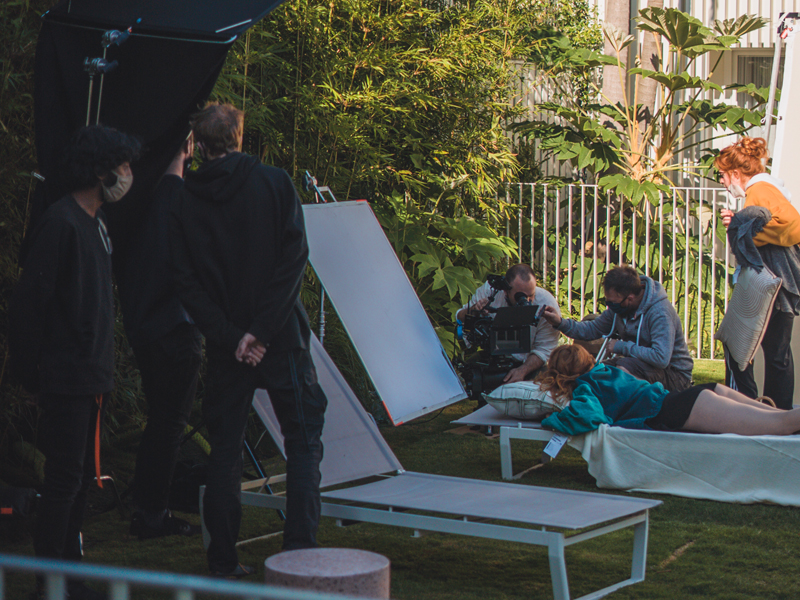 Not surprisingly, the production felt the full effect of the pandemic. Lucas explains

Covid was quite a challenge as we were in pre production during the last stages of the second wave of lockdowns in Melbourne. I was trying to give the manager and band some sense of when we could film, but it all came down to the case numbers and Daniel Andrews’ decision. So that added a layer of uncertainty to the process and we had to keep pushing the shoot date back. Luckily the case numbers came right down, and we were able to film with some level of freedom.

The Jungle Giants return after too long a break and gift us a cheerful bop just when we need it. The accompanying love story is welcome viewing and Lucas expertly crafts a perfect video to match the song. With the band already teeing up Lucas to direct again, we look forward to seeing their next collaboration.

Here is the official video for ‘In Her Eyes’