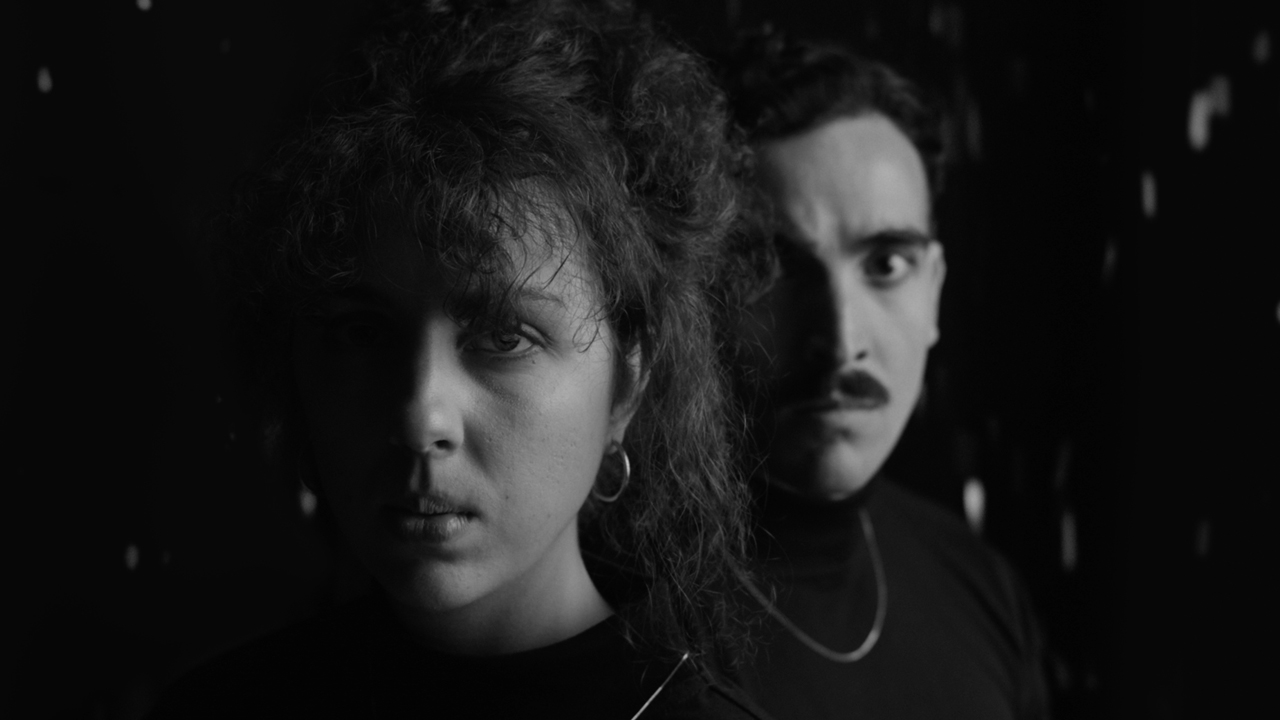 is the sort of song you have to go looking for. Harsh squeaking horns and hypnotic plucked strings combine with vocals which weave over and under, seemingly at random. It’ masterfully unsettling and breaks free of traditional song structure, courtesy of Helen Svoboda and Andrew Saragossi’s jazz/folk experimentation. For a track that so neatly conveys the intended emotions, the task of creating a music video that could both match and enhance the song couldn’t have been an easy one. Brisbane director Angus Kirby opted for a clip that focused on the fundamentals:

The production on the track is mostly clean and dry with deliberate effects sprinkled throughout, so a mostly minimal visual style felt appropriate. We have our visual flourishes too but they’re brisk. We’re pretty much just taking cues from the feeling of the music and press shots that already existed and trying to emulate it in the video while bringing new ideas to the table. What can we do here that’s only possible in motion? How do we push the envelope further? 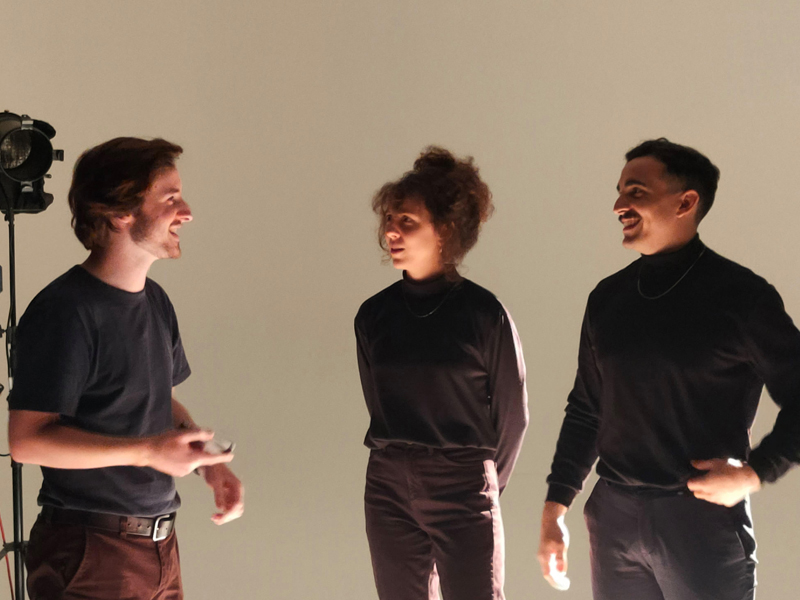 The video brings to mind visceral and bloody imagery from films like Se7en without showing any gore. As any horror writer knows, the trick is to make the audience imagine what they’re afraid of, unsettling a viewer more than any special effects makeup team ever could. There was also a practical factor to consider.

You’re always dealing with limitations in some form, so I tend to look for the creative direction that is right for the piece and compliments whatever practical limitations there might be. We still had to hire a studio for this, but it fit within our small budget and made for a relaxed shoot day. The off-white background was already perfect, so we didn’t need many props – although I went over budget on confetti that only made it in to one shot. 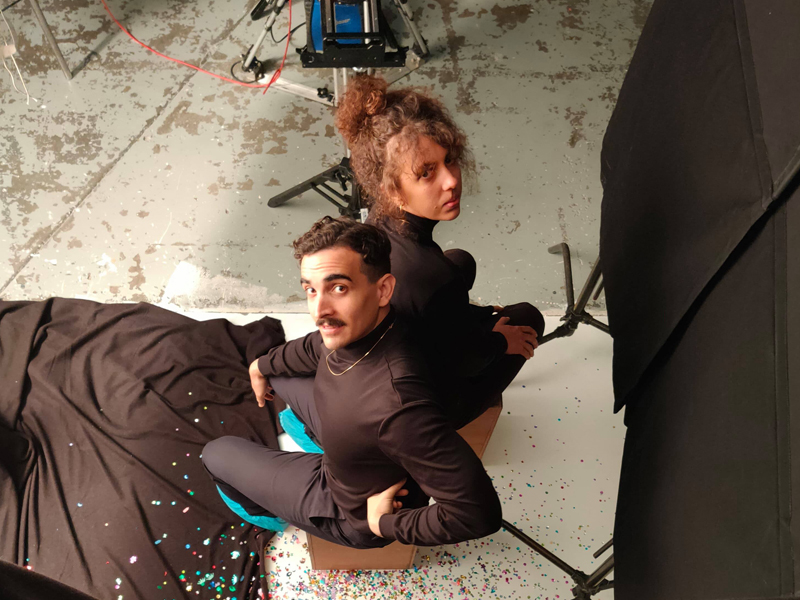 It was lucky for Angus and the team that Meatshell had two strong performers, both musically and visually, with Helen’s combination of graceful and erratic movements keeping the video fresh for the duration. Andrew serves as her contrast, maintaining uncomfortable stillness in the face of his bandmate’s performance. Only small amounts of VFX and camera tricks are used, the unnatural body movements were all performed as seen on the day. Small scale shoots happen to have another distinct advantage – they’re looser and more compatible with experimentation.

The shot with the light shining right into the lens came about by accident when we were moving things for another set up. The camera just happened to swing around to the light and we looked at the monitor and everyone kind of just stopped. It was one of those happy accidents. We halted what we were doing and got the shot of Helen and Andrew posing with the light behind them right away. It made me think of the iconic poster for John Carpenter’s The Thing – appropriately ominous. 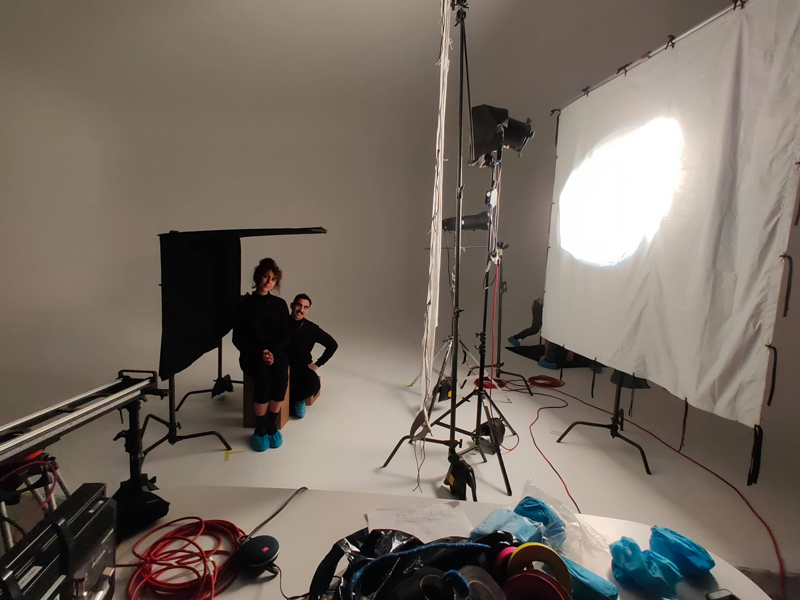 The black and white look was inspired by the band’s press shots. DP Elliott Deem took inspiration from films like The Seventh Seal to alter and solidify the visual style, finally settling on a look that avoids pure whites in preference of dirty silvers. The crew were lucky enough to borrow an Alexa Mini with Panavision V lenses for the clip, allowing Elliott to fill shots with vivid lens flares. Celeb De Leon further enhanced the look in post, adding small amounts of VFX to the double exposures and refining the colour. 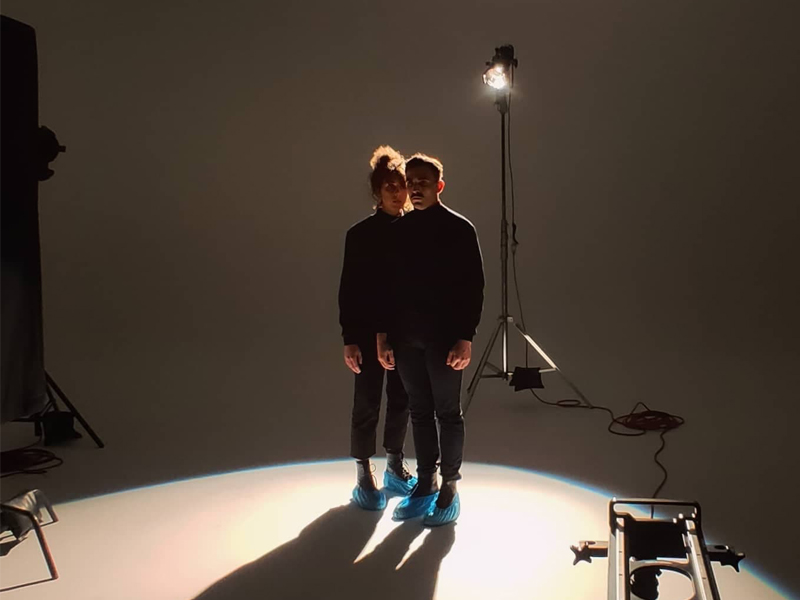 For a director who’s never worked with such heavily experimental material previously, Angus handles the offbeat style effortlessly. Having a close relationship with Helen and Andrew allowed him to tap into ideas that he knew the pair would love, and the quality of the final product gives him hope for future collaborations:

Outside of Meatshell, Helen just won a grant called The Freedman Jazz Fellowship to compose and record a whole suite of music. The plan is I’ll direct a music video for the whole thing, which will be about 30mins long. That’s going to be huge and I’m chomping at the bit to do something like this for an extended run time. It’ll be in colour and might have more of a narrative to it. I’m making a list of things to watch for inspiration – lots of Holy Mountain and Stan Brakhage for me this year.

Here is the official video for ‘Face’