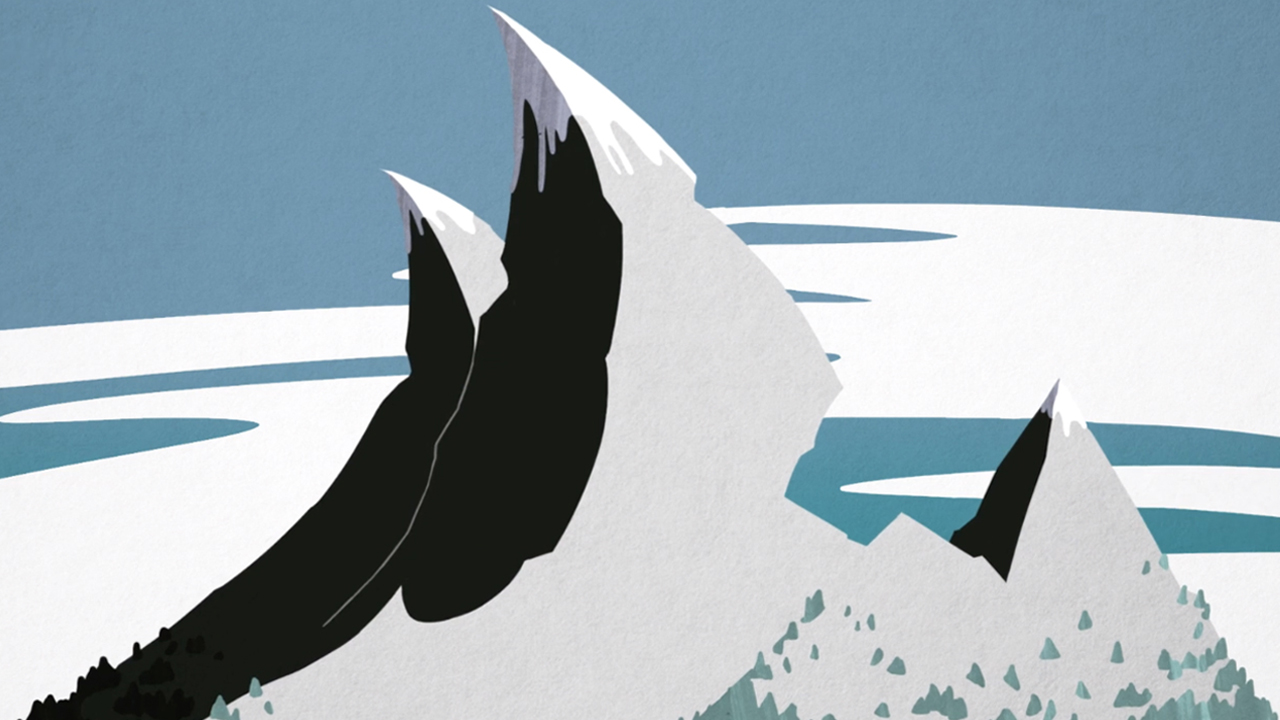 ama Jerk and the Ladyfingers are a genre bending, story-stomping, off the wall party band. Hailing from the creative hub that is Bristol, England, the group is characterised by a wilful disregard for musical conventions, in favour of a wild and uninhibited style, which checks all expectations at the door.

The Ladyfingers have fostered a sound that bounces from skittish and frisky to forlorn and brooding. One thing that is for sure, is the absolute sense of originality that pervades their music and performances.

The new track from The Ladyfingers titled ‘Mountain’ sees the band tucking into a rich narrative, overflowing with vivid imagery and grit. Tasked with the enormous challenge of bringing the lyrics on the track to life was director and animator Harrison Fleming.

For Fleming and the band, carving out the clip’s initial concept and starting point for art direction was a collaborative effort. Fleming explains:

“I was lucky that the song Mountain has a very strong concept, as the characters and their stories are already embedded in the song. As for the art direction, I was pretty much given free rein. I would make sure to run everything by the band and get their feedback and notes, but for the most part they kinda just trusted me to make something they would enjoy.” 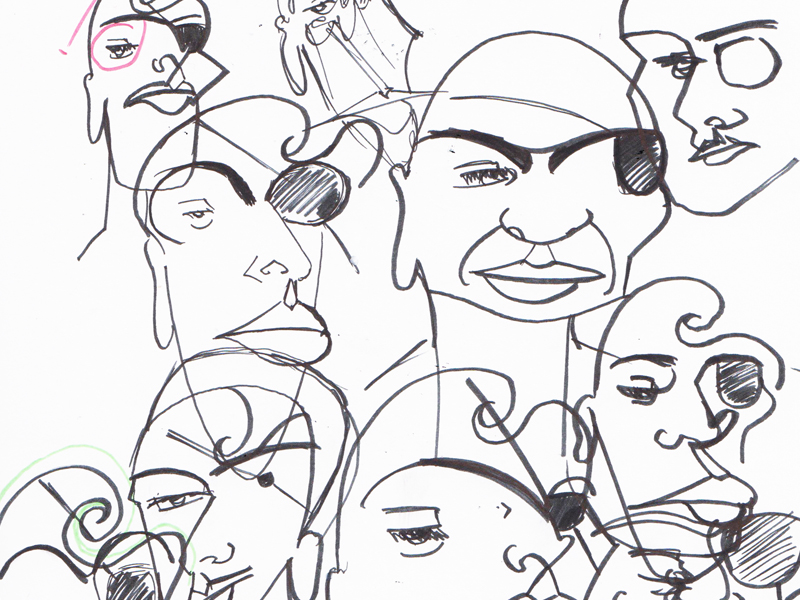 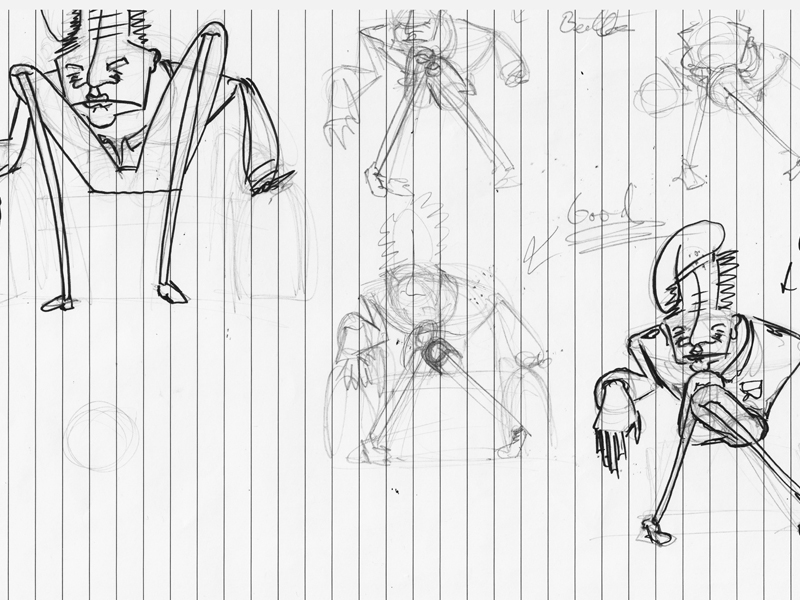 With a strong vision and sense of confidence in the direction and progression of the clip, Fleming embarked on a creative process, which from beginning to end, took nearly three years to complete. The animation was a labour of love, requiring meticulous attention to minute details. Working on the clip part-time alongside other projects also meant that ‘Mountain’ grew and evolved with Fleming, benefiting from the honing of his skill as time went on. With a lengthy lifespan for the project, planning and referencing became integral to Fleming’s creative approach: 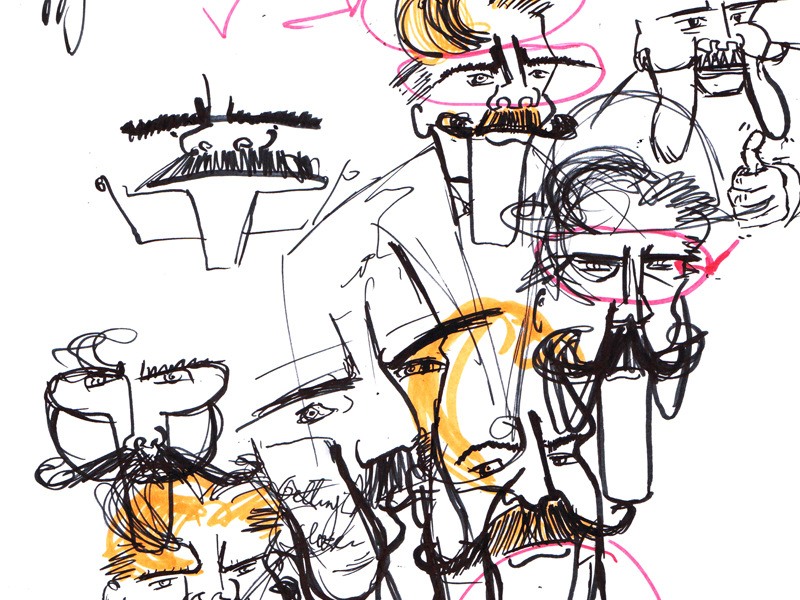 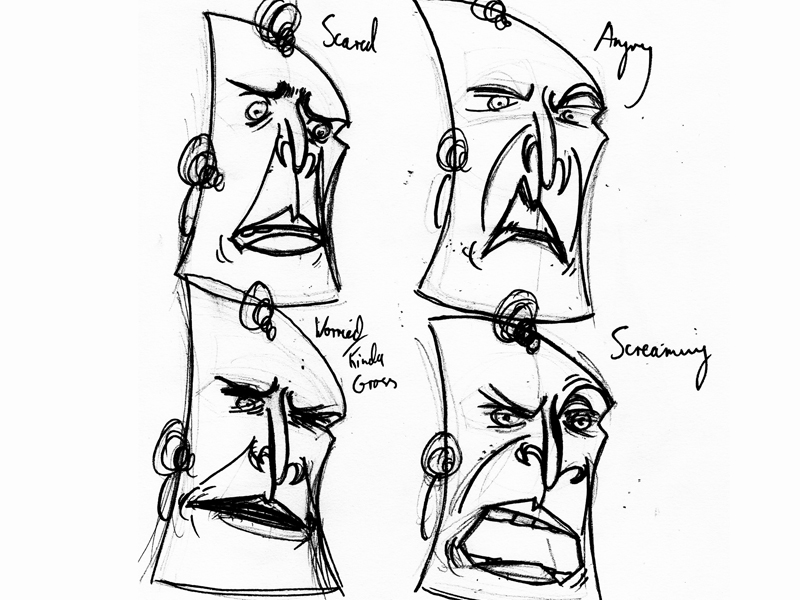 The initial moments of the clip’s opening sequence introduce us to our four main characters, a group of ex-mountaineers whose troubling experiences atop the mountain become the driving force of the story. Each character is obsessed with their debilitating injuries and begins to be consumed by their pain and trauma.

Fleming designs a purposefully claustrophobic space for the mountaineer’s clubroom. Each character has autonomy over a mere fragment of the frame, as an intimidating sense of darkness surrounds them entirely. Fleming contrasts the confined clubroom space with the gleaming wide open vistas of the Mountain. This contrast represents the ways in which each character is only able to find peace in their memories of the mountain and a time before their suffering. 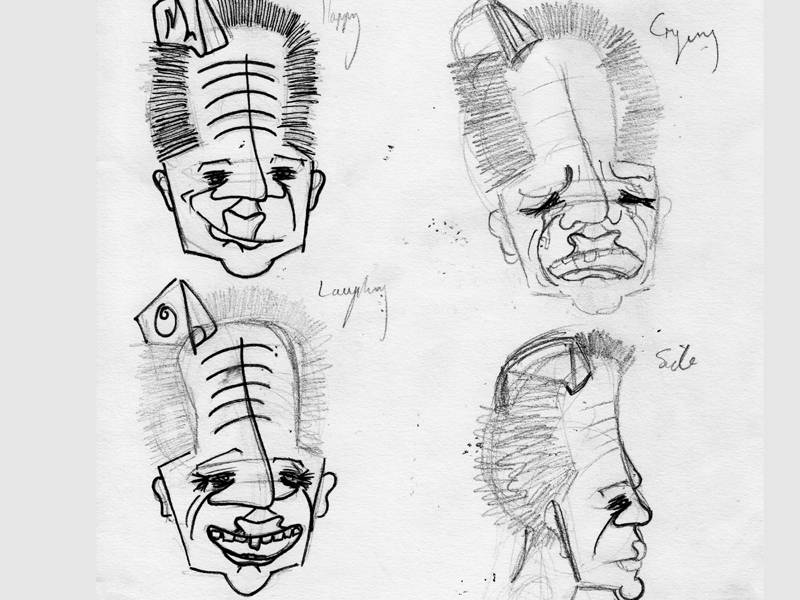 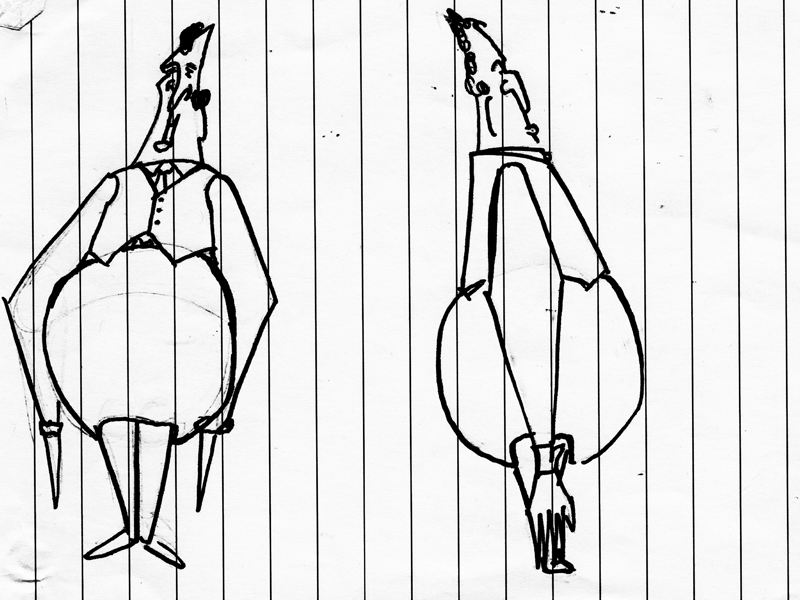 The distinct characterisation of each member of the group was a key factor of the creative process. Photoshop allowed for precise differences in each character’s face, body, and eccentricities. Fleming comments on the importance of these differences as they represented varied responses to pain:

“How (each character’s) injuries had affected them differently was the most important aspect of the characters for me, because it was the foundation for how I would animate them. While none of the characters are specific metaphors, they were designed to represent a diversity of reactions to being wounded by the Mountain. Leonard who lost his leg is loud and arrogant. He uses a lot of hot air and hyper masculinity to veil his insecurities. Beatriz who lost her eye, is incredibly proud, and believes herself above her company. Arnold, who lost his arm has sunk into frustration and depression, and so attempts to disconnect from those around him. And Helmut, who has lost his heart, is almost catatonic, and has become childlike and oblivious to his immediate surroundings.” 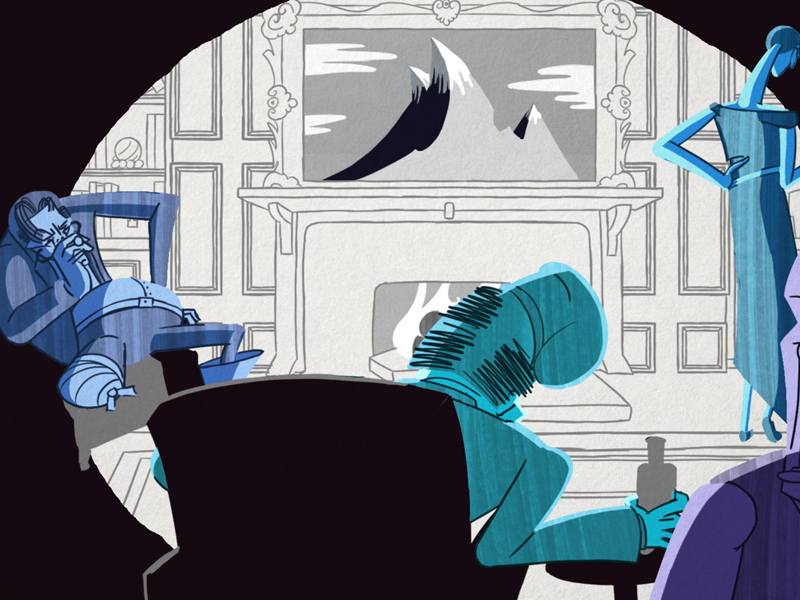 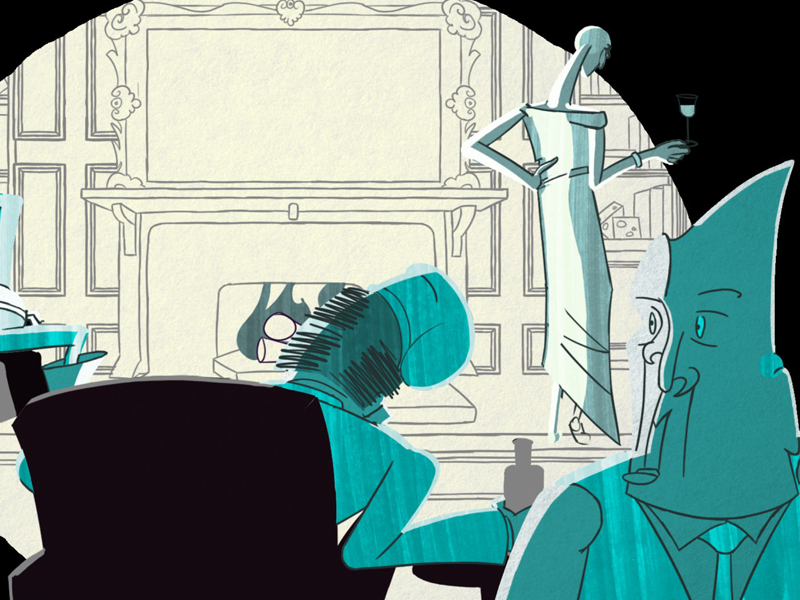 Fleming uses deep blues and purples to emphasise the claustrophobia and oppressive sadness as each character recounts their horrific memories. These early decisions in colour serve an important additional purpose:

“These characters exist in a dark and cold reality, which eventually erupts into their final madness…My main mission with colour was to create a striking juxtaposition between the reality of the mountaineers, and their eventual descent into the nightmare.”

The foregoing nightmare sequence is a blood soaked tumble into chaos. Deep red and black abstract images thrash and erupt, saturating the frame as violent depictions of the severed limbs and lost body parts of each character come to life as monsters. Unfurling red roses creep into frame, adding a sense of life and agency to the mountain and acting as a device able to capture and ensnare the mountain’s unwitting victims. This destruction reaches its crux in the final scene of the clip. Fleming explains:

“When the characters appear in skeletal form, right before they are finally destroyed….my intention is for them to be so trapped by their trauma that they are relieving the events of their injuries even past physical death, and are in fact being kept alive by their obsession.” 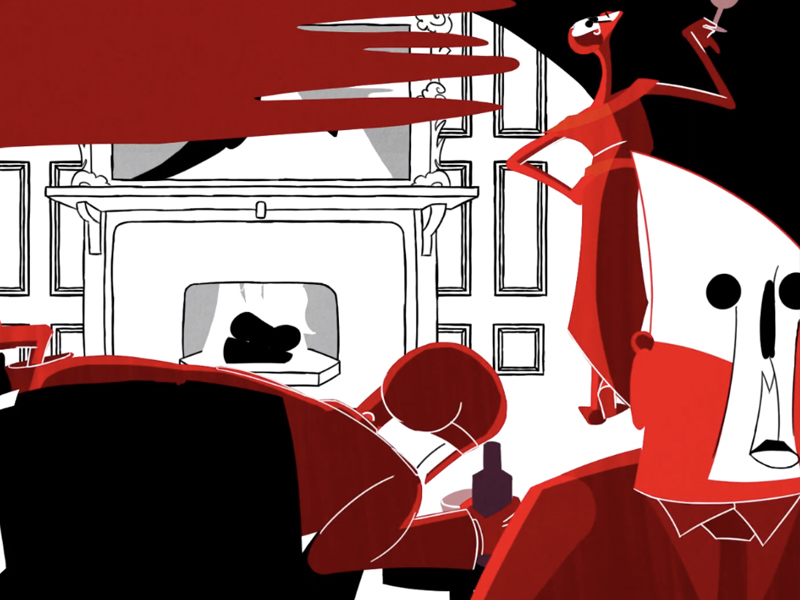 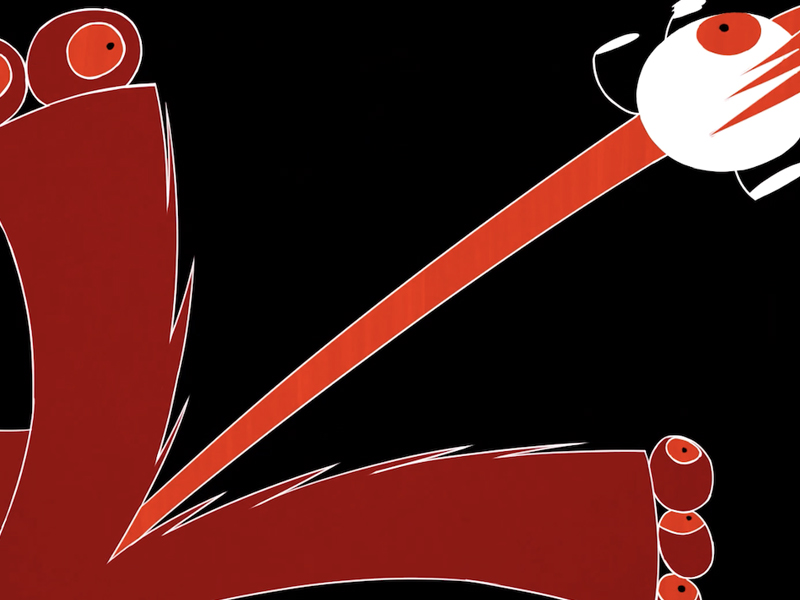 Fleming’s clip for ‘Mountain’ brings the masterful storytelling of Mama Jerk and the Ladyfingers to life in a way that is both visually gripping and emotionally thrilling. The animation delivers grave messages of the unspeakable pain residing in the minds of four unfortunate souls. Through rigorous storyboarding and attention to detail, Fleming has been able to tap into the idea of pain in a way that is both heartbreakingly real and engaging. Fleming reflects on his his experience creating the clip as well as the overarching intention behind his creative decisions:

“One of the main things that drew me to the song Mountain was the fact that it had such a strong story already. I really wanted to make something that would be so compelling that people watching it would simply fall into the story and suddenly find themselves blinking on the other end.”

Here is the official video for ‘Mountain’