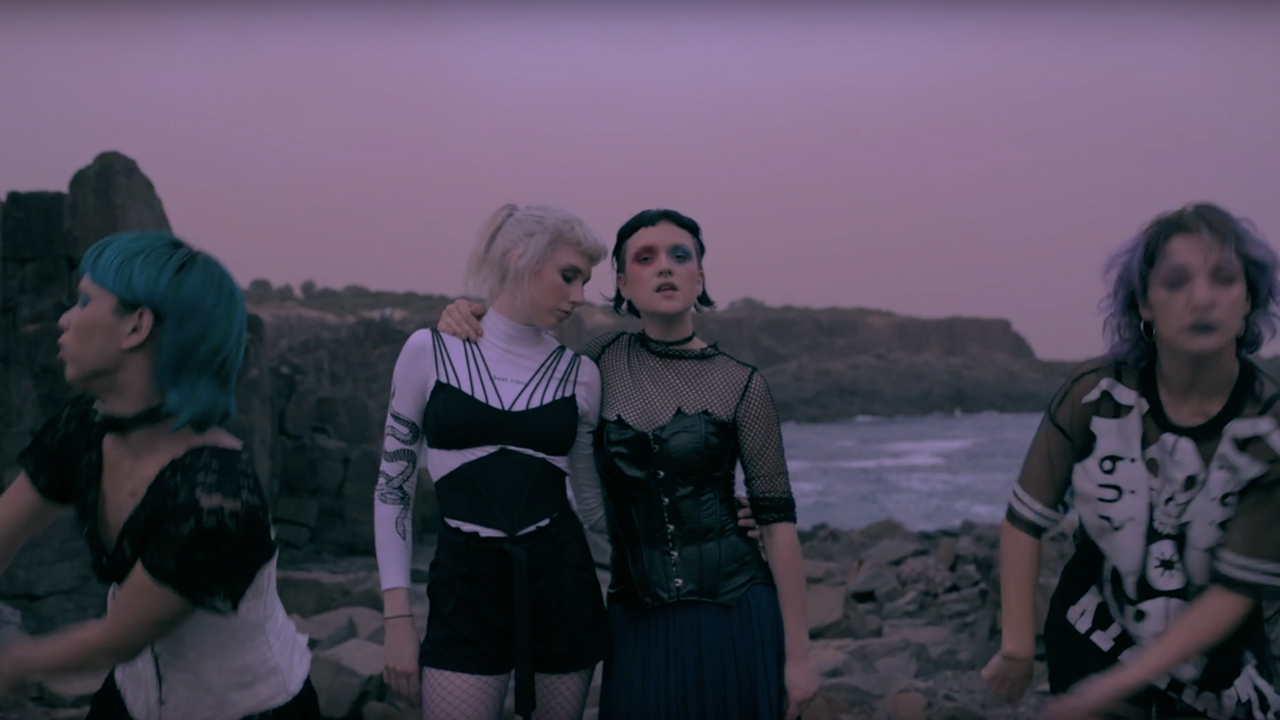 [dropcaps type=’normal’ font_size=’60’ color=’#ed145b’ background_color=” border_color=”]T[/dropcaps]he video opens on a woman who is dragged from comfort and soon realises she must learn to embrace the experience in order to be true to herself. So too was the case for Sydney songwriter, producer and filmmaker Lupa J, a true life experience which she has channelled into the writing of her forthcoming debut album “Swallow Me Whole” and new single “The Crash”.

“The album is largely about me realising I was more attracted to women than men whilst in a straight relationship – and this song sort of references this time I went to a house party with my (now ex) boyfriend and flirted with some girls for the first time in my life, and even though he said he was ‘ok with it’ he ended up getting upset and leaving early, but I stayed because even though it felt wrong and reckless it was something I’d been longing to experience for ages.”

Lupa J continues: “So in this video I tried to evoke this feeling I was having that was increasingly becoming more present: wanting to be destructive and reckless in order to snap myself out of a way of living that was comfortable and familiar but making me unhappy. Before any of the details or locations were locked in, the overarching idea was that this girl and the dancers would ‘wake me’ from a drowsy, out of control state, until I eventually discover a sense of power and desire and commit a destructive act.” 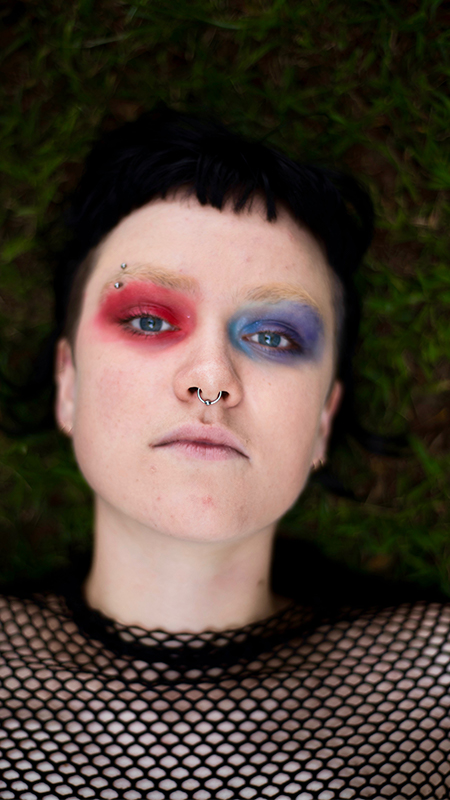 The resulting video sees Lupa J roused from sleep into a dream-like state, then dragged through a house party by two dancers. She is initially hesitant, however once she encounters this woman in white, the only other person at the party who is not standing completely statuesque, she appears to draw strength from their meeting and together, with the dancers, they embark on a journey.

As the song builds towards its grunge laden final phases, we see the troupe moving further from comfort into ever more perilous situations. From sunlight and the open road to rocky cliff tops, storms and fire. The video concludes with the quartet running towards the cliff, taking that final leap forward and Lupa J waking up having been gifted the boon of the journey.

Lupa J tells of the video’s conceptualisation: “From the moment I wrote the lyrics, I always envisioned a video clip where me and a girl leave a house party and get into a car. (Just leave me at the party / and when I wake you’ll be gone … Give me the keys so I can drive / Speed off the edge so we can fall through space / And in the crash I’ll see her face) Where it would go from there was unclear at first, but over time I came up with the idea of having two dancers push and pull me through the party as I remain in a drowsy state.” 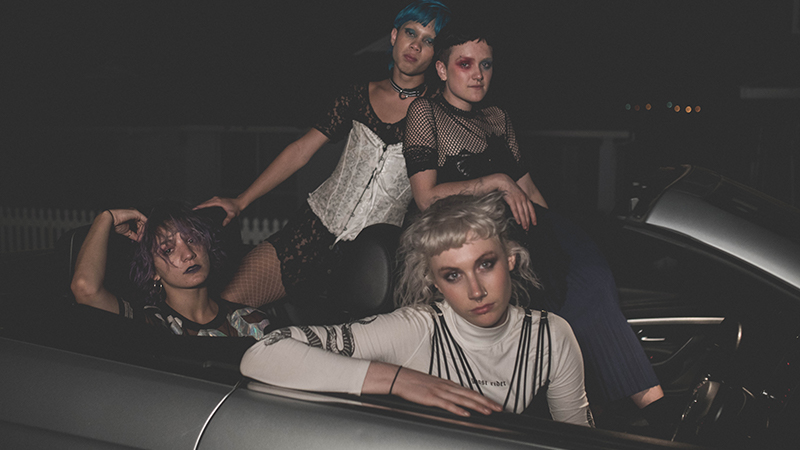 She continues: “I just always wanted a clip that related directly to the imagery in the lyrics because they were really strong in my head. The lyrics in the pre chorus are quite fast paced, kind of stream-of-consciousness, and I wanted the video to feel a bit like that, I guess. My mum pointed out to me that the lyrics sound a bit like the narrative of the film Thelma and Louise, so we then came up with this idea to reference that a bit and have me and a girl embark on a long journey away from the city in a car, with the feeling that we’re running away.”

Much of the video is presented as Lupa J and her counterparts moving towards the camera, building the intensity and anticipation towards the song and video’s crescendo. It also gives the impression of the power of the characters building as their confidence is growing.

When asked about this approach, Lupa J replies: “The song definitely has a sense of urgency, a constant feeling of driving forward, both musically and lyrically. So yeah it always just made sense to have us continually moving towards the camera, in increasingly more aggressive / powerful ways. I initially wanted to have us set fire to something, but it was logistically too hard, and the shot of us walking towards the camera with flaming torches ended up feeling powerful and threatening enough on its own.” 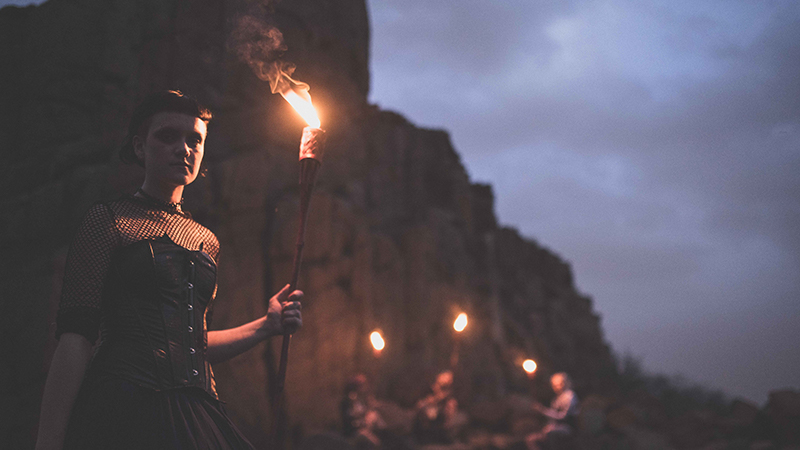 Aside from the bookend shots of Lupa J in the peaceful green setting and the red-lit rooms of the opening house party scenes, the video is shrouded in this subtle but noticeable pink haze, giving everything a slightly fantastical sense.

Though at times slightly fortuitous, this was a very specific directive for Lupa J in the edit: “I just always wanted it to have a surreal, apocalyptic vibe I guess – to match the feeling in the song of an impending massive and terrible thing. I don’t know why but the hazy pink colouring gives me that feeling, it was just an instinct to grade it like that. We got lucky with the pink sky in the final shots – there was a dust storm at sunset, and so the sky was this soft peachy colour anyway.”

Though her involvement in her music videos can vary, usually between editing and directing, this connection to her work appears very important to Lupa J, stating: “I often have strong visual ideas when I write the lyrics to my songs, so I love to be involved with the videos if I can too.” 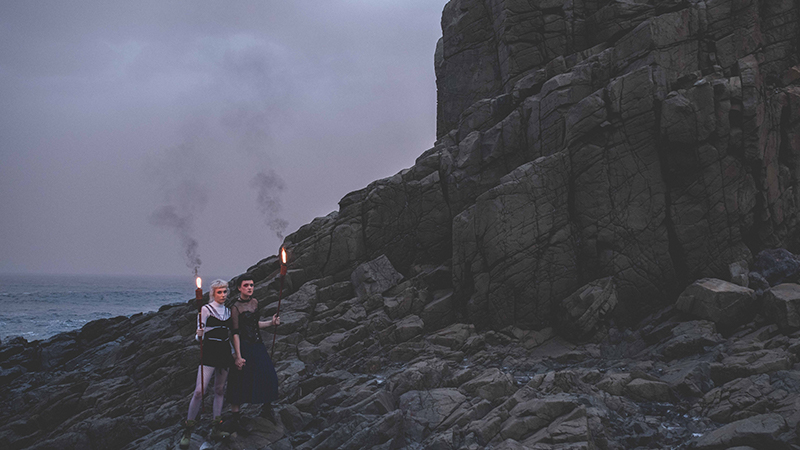 When asked about the decision process behind collaborating with director Adam Scarf on “The Crash”, Lupa J replies: “We actually were initially going to be working with a different director but it fell through at the last minute, so it was only with a lot of luck that I ended up working with Adam! He’s in the same world as my skater dad as he’s a skater & skateboarding photographer / videographer himself – and my dad knew that he had worked on a bunch of music videos. We just loved the kinds of shots he took, and he was just super keen to make my ideas work from the get-go and find locations and techniques that would complement the concept. So, it came together VERY quickly but also somehow very smoothly.”

Lupa J’s involvement in her videos from concept to production is a huge part of why her work has such a pronounced artistic direction and aesthetic. This visual approach evident in her music and her own style has become a marked part of her identity. The fact that “The Crash” allegorises a deeply personal experience for Lupa J is quite clearly reflected in the song and video. An intimate connection to the art is something that, while many directors try, cannot be faked and the result for Lupa J’s “The Crash” is a music video that is rich in character, originality and passion.

Here is the official video for “The Crash“