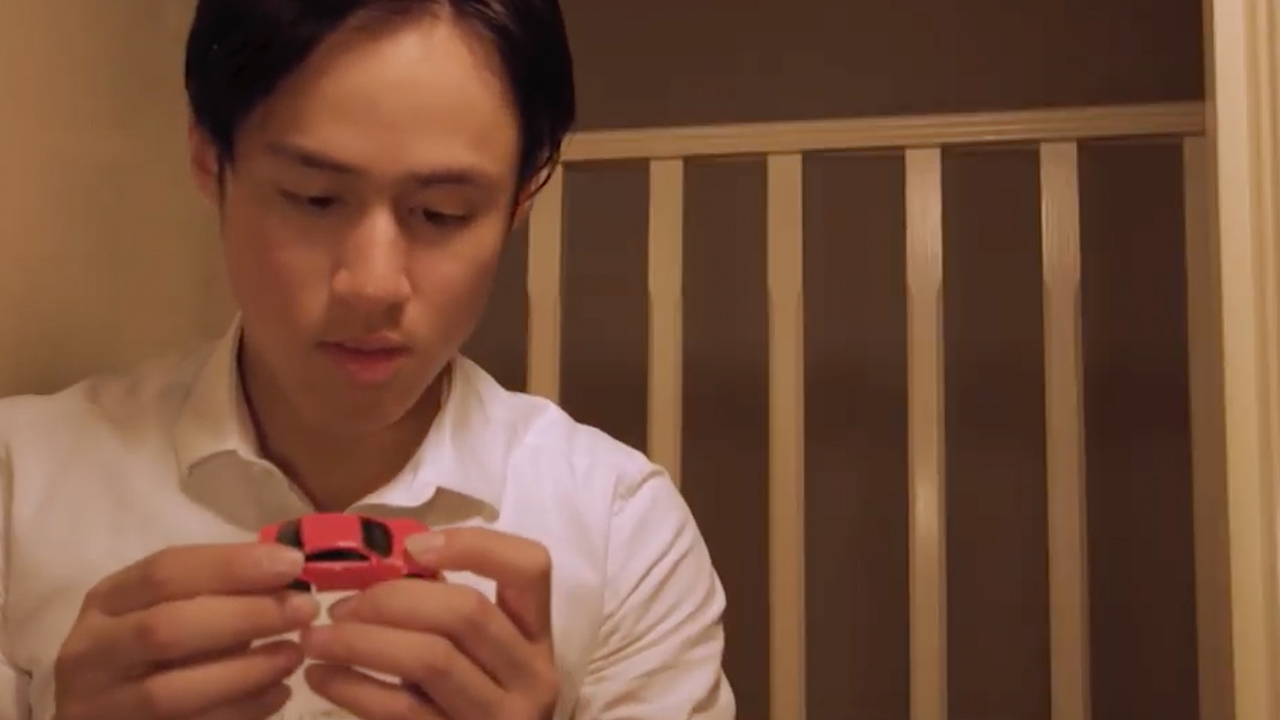 Sometimes the hardest decisions to make are the right ones. Whether you’ve heard that being delivered to a troubled super hero or read it on a Minions meme on your auntie’s Facebook, the sentiment rings true. Especially for people who feel the pull to a life in the creative arts. It may not seem like the right choice from a viewpoint of financial stability or what the world dictates to us as a worthwhile career, but if you have that hunger in you, often the only way to sate it is to take the plunge. 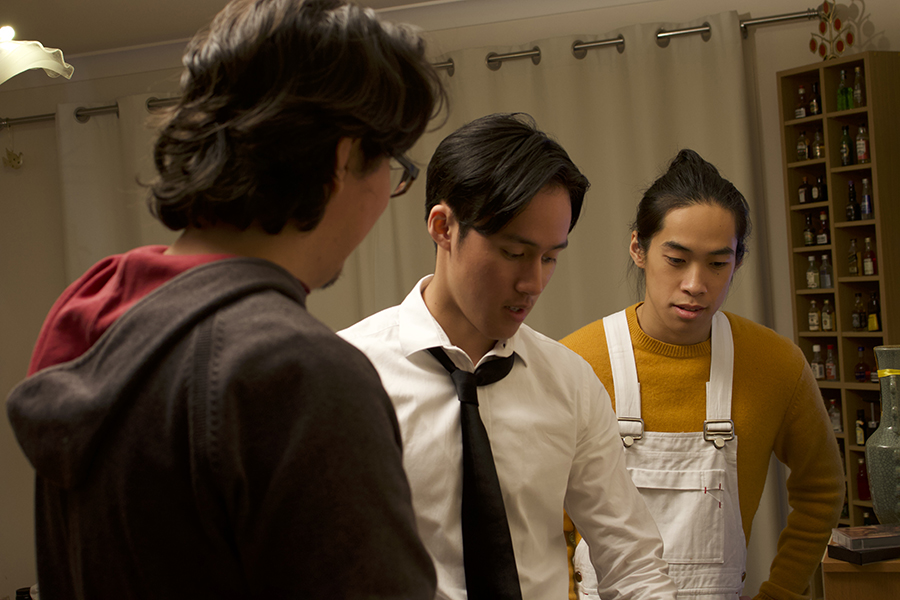 In ‘Lightning McQueen’, Sydney indie R&B producer Mr. Oud grapples with this idea of destiny and doing something you love, a concept that he and director Cristobal Olguin really tried to bring out in the song’s video: “Originally we wanted to make a satirical video that would contrast the song itself. We were aiming to parody hip hop music videos and use stereotypes.”

“However, during the creative discussions between Justin (Mr. Oud) and I, we refocussed our attention on a narrative that would elevate the core message of the song. The reason was because we wanted to create a relatable story about choice. We were also inspired by the actor (Dennis Nguyen) and friends who were going through similar career path changes. These choices and pathways were interesting topics that we wanted to explore with this character: a university student.”

Pushed into the books by his father and the pressures of culture and society, this student comes to life when he allows himself to simply be himself, dancing his way through his house to a box of keepsakes that he has hidden away in a closet. The keepsakes revolve around a love for cars and an old friend, all of which he has had to push away to focus on his studies.

“Thematically, the music video is constructed around this idea of choice and taking control on what one wants to do with their life. By using the theme to guide the creative choices of the production design, there’s an element of nostalgia, identity and control in which cars symbolise. We wanted to use that to elevate the narrative. For example, during the opening of the music video, we have the main protagonist with his father inside the car, where the protagonist is in the passenger’s seat. At the end of the music video, the character is driving his own car instead.” 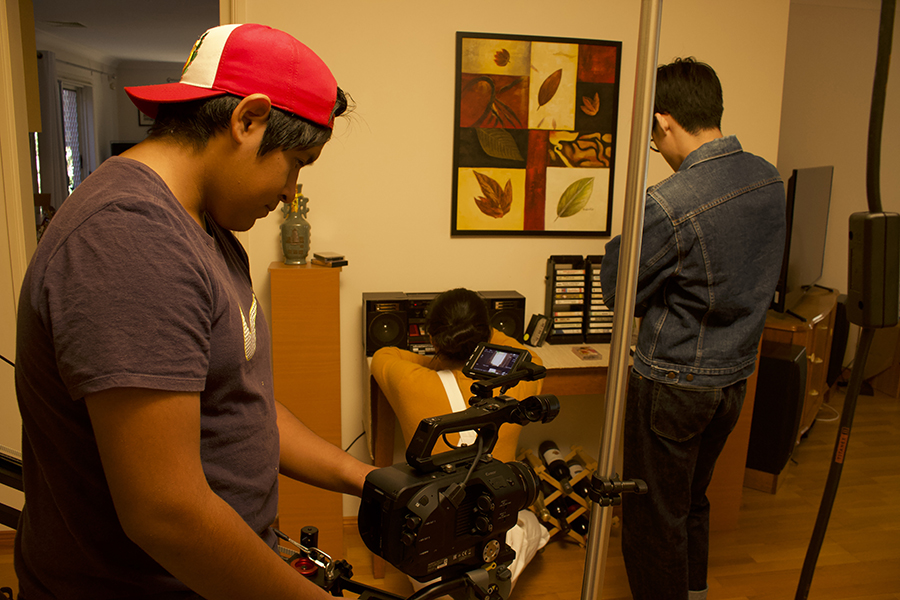 There is an inherent classic-ness to the idea of a person pushing away the academic life for a more hands dirty, nuts and bolts profession like being a mechanic, a feeling that is augmented through the production design and wardrobe on the video. The protagonist listens to music on a cassette, drives an old 90s beater and even dresses more like a Bruce Springsteen type than… Whoever the modern-day equivalent of Bruce Springsteen is. I don’t know… Is it Ed Sheeran?!

Olguin explains these choices: “Most of the props and clothing were available to us, including the cars, tapes and the boombox. A reason as to why we decided to frame the music video in 4:3 is to give it a nostalgic feel with its warm colours, whilst also accommodating the shots to the spacing of the house. The character’s journey of shifting pathways was based on the idea of defying old stereotypes and it was intrinsic to the core theme of the music video.”

“With the opening of the song, visually I’ve imagined the first section to play out of the cassette player – the song would then influence the world where the music video takes place. Once we’ve decided what type of narrative we wanted to tell and where we were going to shoot, the structure of the song guided us in how we would move around the house. Through visual-audio synchronisation, we would then decide which areas of the house we would allocate specific sections of the song.”

These scenes of the protagonist moving through his house, from actor Dennis Nguyen’s dancer-like movements, to the way the cuts are delivered right on the beats and swells of the song, are so imbued with character that the viewer is immediately invested in this person and the choice he is in the process of making. 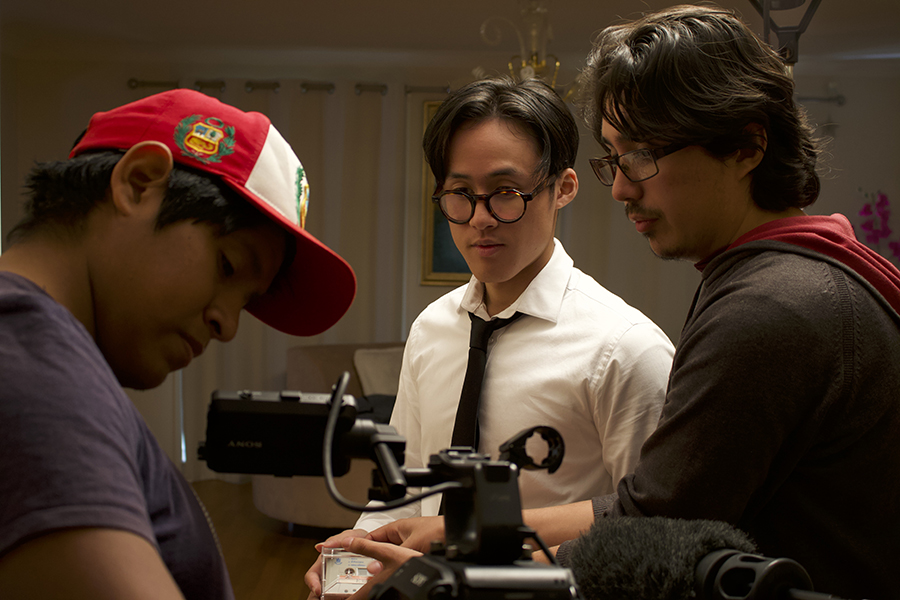 The video closes with the heart-warming scene of our protagonist reuniting with his dear friend in the garage, finally able to be himself, embracing his friend like he is embracing his choice to take his own path. Shot from a distance with an unmoving camera, it really gives us the sense that we are witness to something sincere and beautiful. That sincerity is so important to this video and to Cristobal Olguin and Mr. Oud’s goal to make something relatable and ultimately quite cathartic.

Here is the official video for “Lightning McQueen”