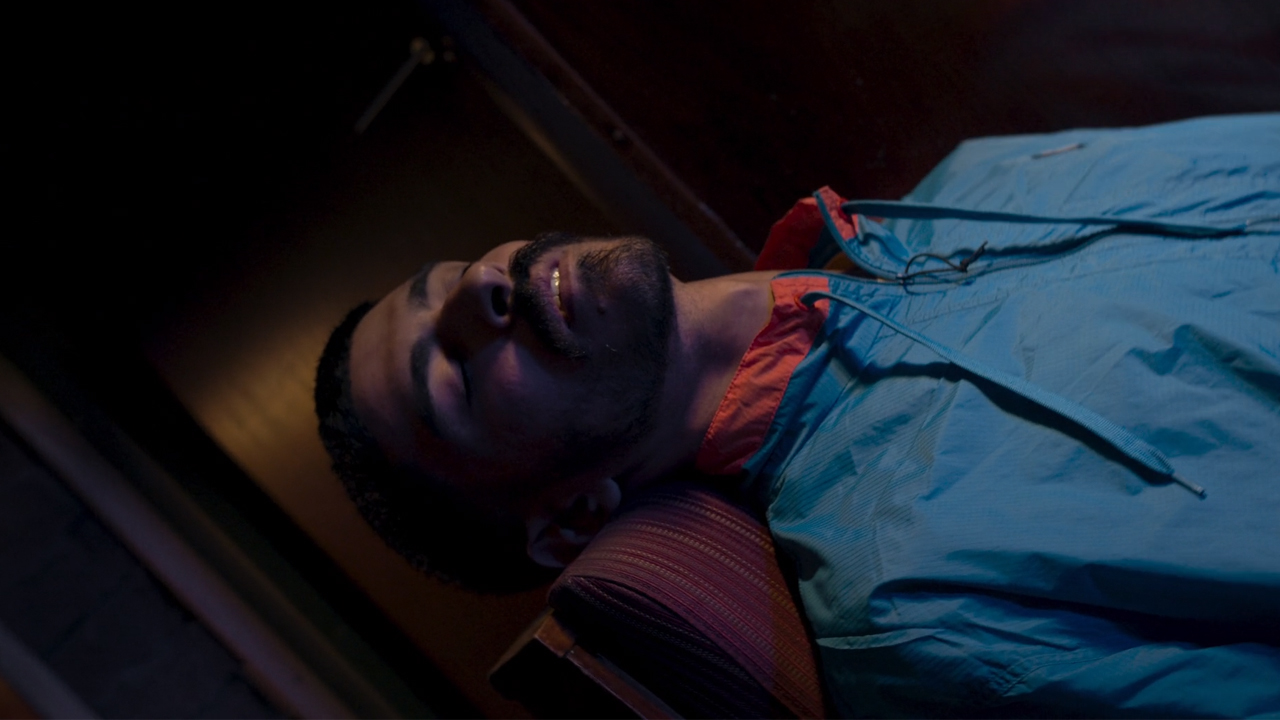 by Anth Webster
0 comments
[dropcaps type=’normal’ font_size=’60’ color=’#ed145b’ background_color=” border_color=”]F[/dropcaps]or director Arundati Thandur, like so many other filmmakers, the world of music videos is a Wild West kind of place where people can be as creative or experimental as they want. So when Western Sydney rapper Naeem dropped his new single ‘No Sleep, Woops’, a song that blends Naeem’s usual confident relaxed flow with some new experimentations into glitchy and avant-garde soundscape production, Thandur saw an opportunity. 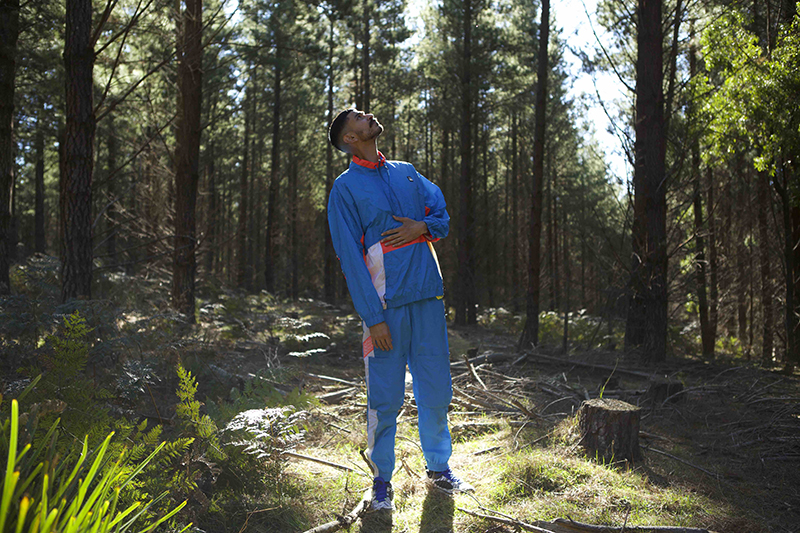 “I was really excited when I first heard the track.” Thandur explains, “It made me think of something darker and stripped back. The image that I kept returning to was Naeem running from something in a big open field. I used that initial image and built a concept and a loose narrative out from there which we ended up going for. The thing I love most about music videos is they can be super playful and obscure. Since this was a more experimental sound for Naeem, I wanted to create something character-driven. I thought creating a world where he’s vulnerable and not in control would contrast the clever flow of his lyrics.”

Thandur’s video sees Naeem suspended in a perpetual state of confusion, flailing between dream and reality, cycling through an endless recurring loop that sees him stumbling out of a dinner date before passing out then coming to in the midst of being chased through bushland by two masked figures, only for the cycle to then restart. Each recurrence of the scenes differs slightly, like an evolving dream that has to restart to continue. When asked about the task of directing with this approach, Thandur explains the way this part of the concept came around: “The structure was actually something that we found through experimenting with the edit, and it ended up making the whole clip stronger.”

“We shot the scenes with the same overall concept but a more linear structure. The groundhog day element made the original idea more chaotic which I love. What’s worse than waking up from a nightmare? Going back to sleep and having that nightmare play out over and over. In terms of directing actors, we were lucky to have so many collaborative people on board who were very intuitive with what I wanted for each scene so directing them was a great experience. Naeem and Sophie were particularly skilled in giving each take a little something different so we ended up with so many good takes from them.” 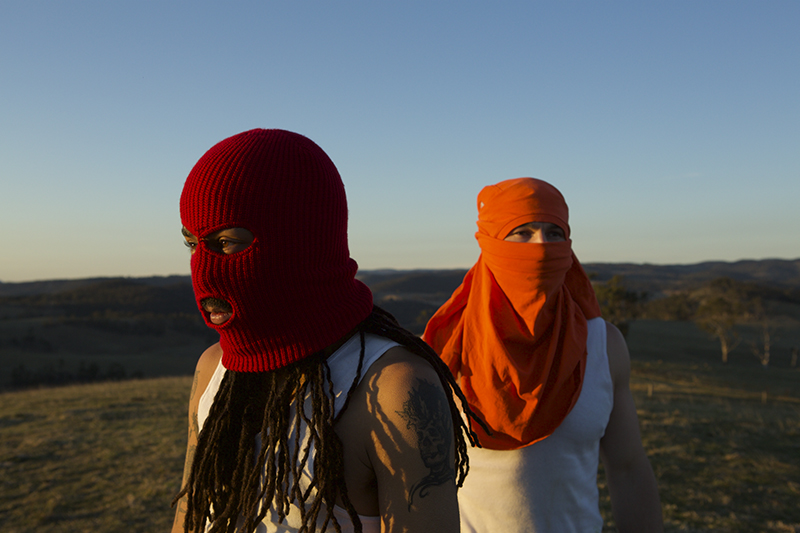 Thandur’s crew list on ‘No Sleep, Woops’ reads like a who’s who of Australian indie music video scene royalty. From Lily Davis in the editing suite, to Daniel Pardy tweaking the colour, to acclaimed cinematographer Jack Shepherd and more. Seeing that line up it’s no surprise the finished product here is of such class. When asked about the collaborative process on this video, Thandur replies: “It was challenging and rewarding – we had a pretty skeleton crew and cast. They all brought so much energy and enthusiasm which made the whole experience so positive. Jack and our AC, Pat Wiecks, in particular, were so great given that we had two days and we moved from multiple locations between Lithgow, Hartley, Jenolan Caves and Jack’s farm.”

“We’d shoot a scene, pack up the cars, drive to the next location, set up the gimbal, shoot another scene then get in the car and do it all again. It felt like a race. It was a bonus that Jack knew the area so well, which meant we got to shoot some of the most beautiful spots. I think his familiarity with these places informed a lot of the shots we composed. Even with all the time constraints, there was still room for experimenting and trying different things.” 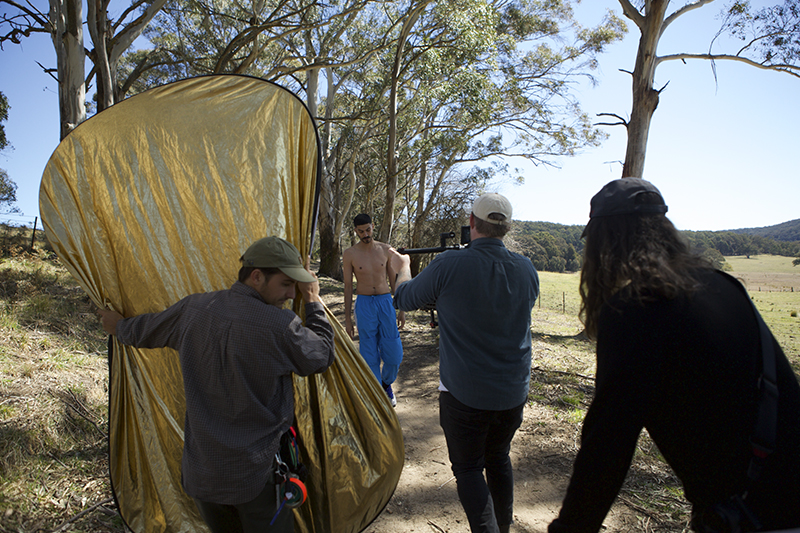 It is interesting to hear Arundati Thandur describe the shoot as a race of sorts, considering the conceptual crescendo of the video is a mad dash chase scene. These scenes are integral to the progression of the energy of the video and are executed with such aplomb. Naeem and his pursuers burst in beautiful smooth slow motion through sun-mottled trees, captured with long tracking shots that are allowed such impact through expansive shots and an uncomplicated edit. When asked what went into actually making these scenes happen, Thandur replies: “I was so thrilled we pulled it off. We had so much incredible footage from that forest, so it was hard to choose in the end.”

“We had Jack sitting in the back of the van shooting out the sliding door on a gimbal, while I sat upfront. The main challenge was that once I called cut and the van stopped moving, Naeem had to come to a halt after sprinting a hundred metres or so and ended up crash landing a few times. In the end, he had a few scratches on his face and his clothes got a bit messed up. So, trying to make sure the actors had a clear and safe path through the pine trees while getting the exact framing we wanted took a few takes but we got there in the end.” 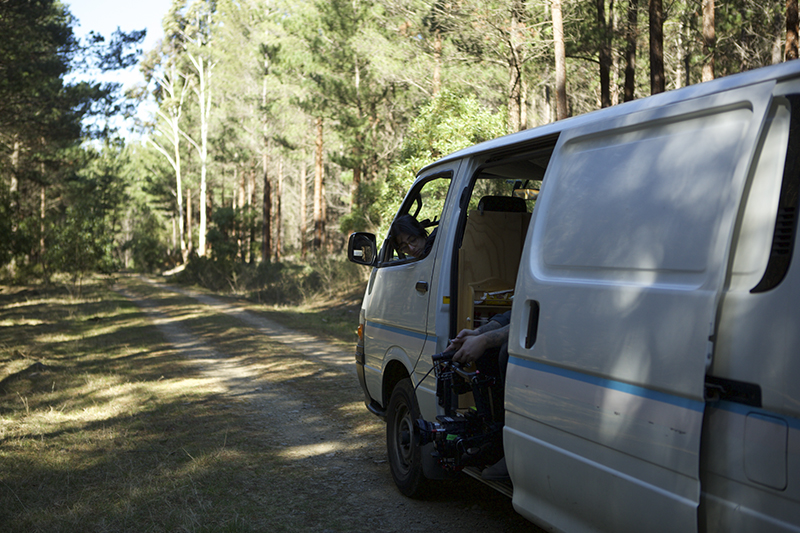 “Naeem made such a commendable effort with instances like that, throughout the entire shoot. We would have Naeem sprinting hundreds of metres back and forth, take after take. Or have me yell out directions to him while he was submerged in a minus two-degree lake. But he did all of it with such a good attitude and nailed it. And if any of it showed up on camera, we were fine with it because it added to the story. Naeem’s a G!”

Here is the official video for ‘No Sleep, Woops’