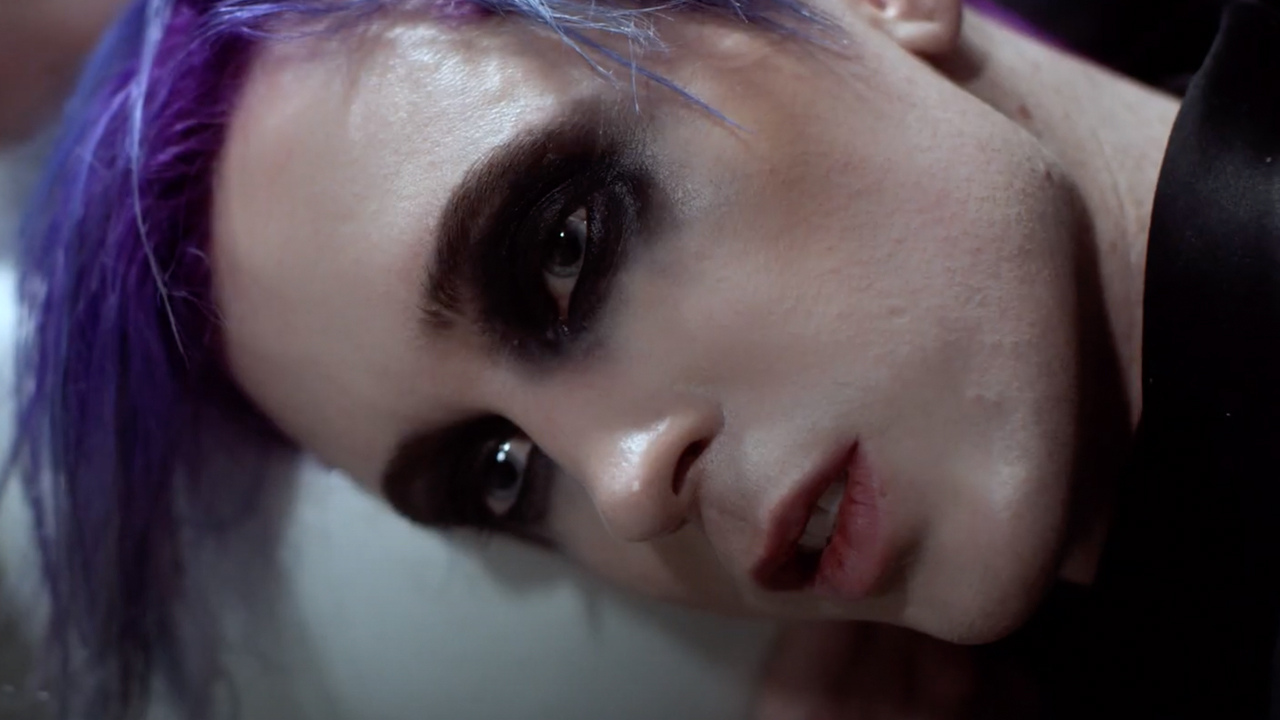 [dropcaps type=’normal’ font_size=’60’ color=’#ed145b’ background_color=” border_color=”]C[/dropcaps]hemical Dreams (Stay With Me) is a captivating and alluring new music video that takes us into the dark world of singer RavxN. The song itself is a synth-pop dance track that shows a commitment to his identity and theatrical-pop aesthetic. 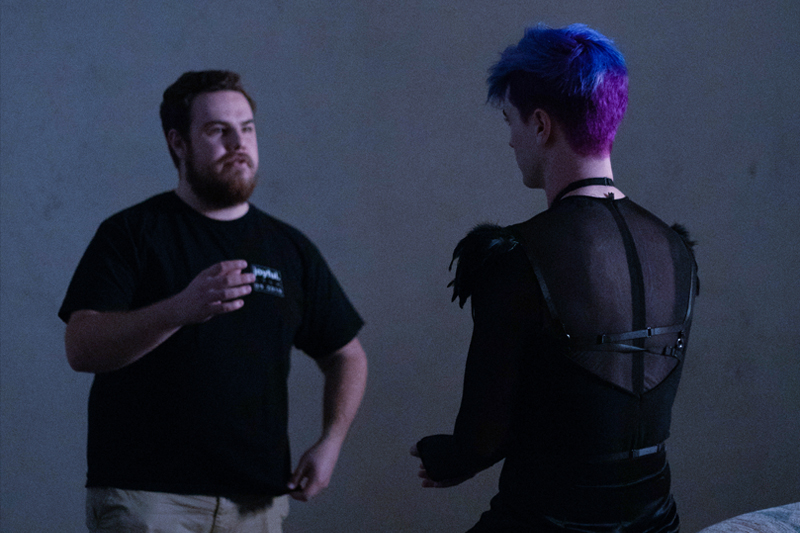 Through Chemical Dreams (Stay With Me) we bare witness to a dedicated performer that has a confident presence on camera. RavxN is not shy about being in the spotlight, as his previous work includes acting and singing around Sydney at the Marrickville Festival, The Basement and the Australian Music Week Festival, as well as being a strong advocate for queer spaces in Sydney. 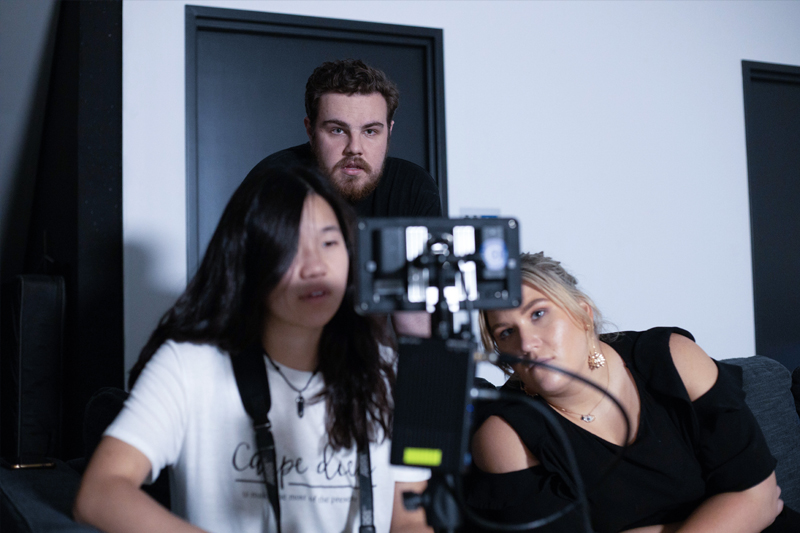 Caleb explains: “RaxvN originally approached us with a well-constructed concept/outline of what he wanted to achieve. The DOP (Jaime Vives) and I were able to take the ideas and concepts that Matt (RavxN) had originally conceived and translate them into a visual medium that we were confident we could deliver upon. In this instance Matt and I were lucky enough to have a great working relationship and rarely encountered creative differences.”

The stylistic outcomes of this collaboration present a contrast between three strong themes of isolation, intimacy and substance abuse. This is reflected through deliberate lighting set-ups that shift between a subdued soft key light to soften harsh edges (reflecting on RavxN’s desires of intimacy), and a harsher fluorescent light that suggests a daring and isolated reality. These strong themes are also translated into RavxN’s costume design which encapsulates him as a Grecian god adorned with an extravagant silver headpiece, as the two dancers caress at his beck and call. 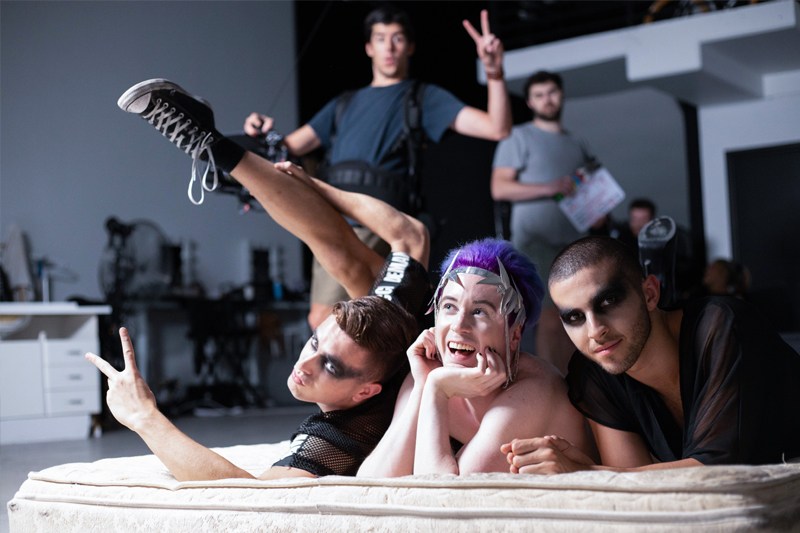 Caleb remarks on the techniques chosen to evoke this dreamlike feel: “Another of our favourite little tricks was having Matt perform the song at double speed while shooting in slow-motion (50 frames a second). This meant in the edit the slow-motion footage syncs up with the song and creates a highly stylised, dream-like shot which fed into the limbo feeling we wanted to achieve.”

The video has a clear vision of movement through its subjects. The two dancers and choreographers, Logan Dunstan and Cristian Liberti, seamlessly move around RavxN that entice audiences through vogue inspired dance moves.  When asked about how this aspect of the video came together, Rodda replies: “Working with Logan and Cristian was a great experience! They were both extremely talented and passionate performers. This was my first-time directing dancers and the most important thing I had to learn was recognizing the difference between the director and the choreographer. Logan choreographed a full routine to accompany the pre-chorus and chorus which meant we were able to shoot the same performance multiple times from different angles which helped maintain continuity. I was able to stand back and trust in the dancing team to deliver on the performance each time and I could work on directing the camera team around the dancers.” 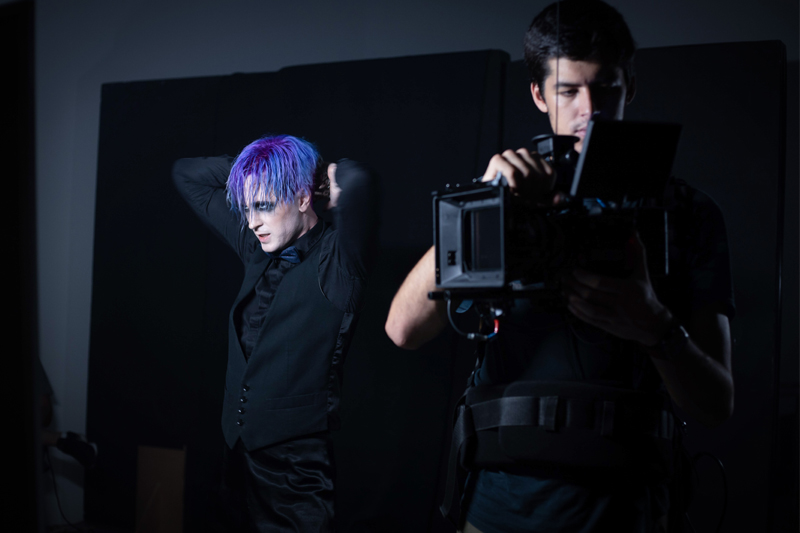 Paying witness to the dramatic choreographed movements is certainly a viewing experience that entices us closer into RavxN’s obscure world, and confidently enriched by DOP Jaime Vives who was working on a RED DSCM2 GEMINI. The camera is mostly positioned on a, EasyRig which allows for the movement to speak for itself, allowing the viewer to settle in and absorb RavxN’s performance, instead of rapid and jarring camera movement that can often detract from the moment. Through primarily medium shots, we are able to witness both the dancers in the foreground and RavxN’s movement which allows for the chorus to speak volumes.

As the clip draws to a close RavxN delves into a moment of despair, reaching out towards the camera in a series of cuts pleading for help. RavxN is left alone on the couch surrounded by empty bottles; a grim echo of the highs and lows of substance abuse. 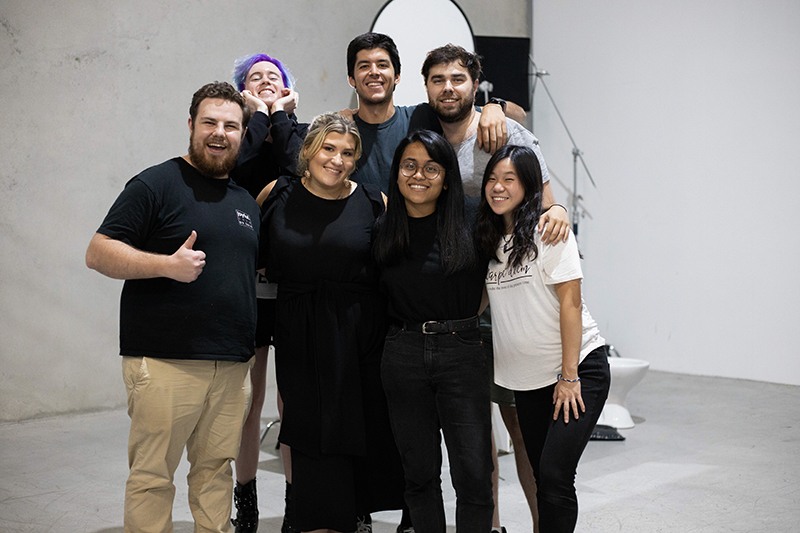 Chemical Dreams (Stay With Me) is a song and video that captures the breadth and complexity of the queer experience through substance abuse — entrancing displays of sexuality and desire, heart-wrenching reminders on the loss and isolation that leaves a lasting impression.

Here is the official video for ‘Chemical Dreams’