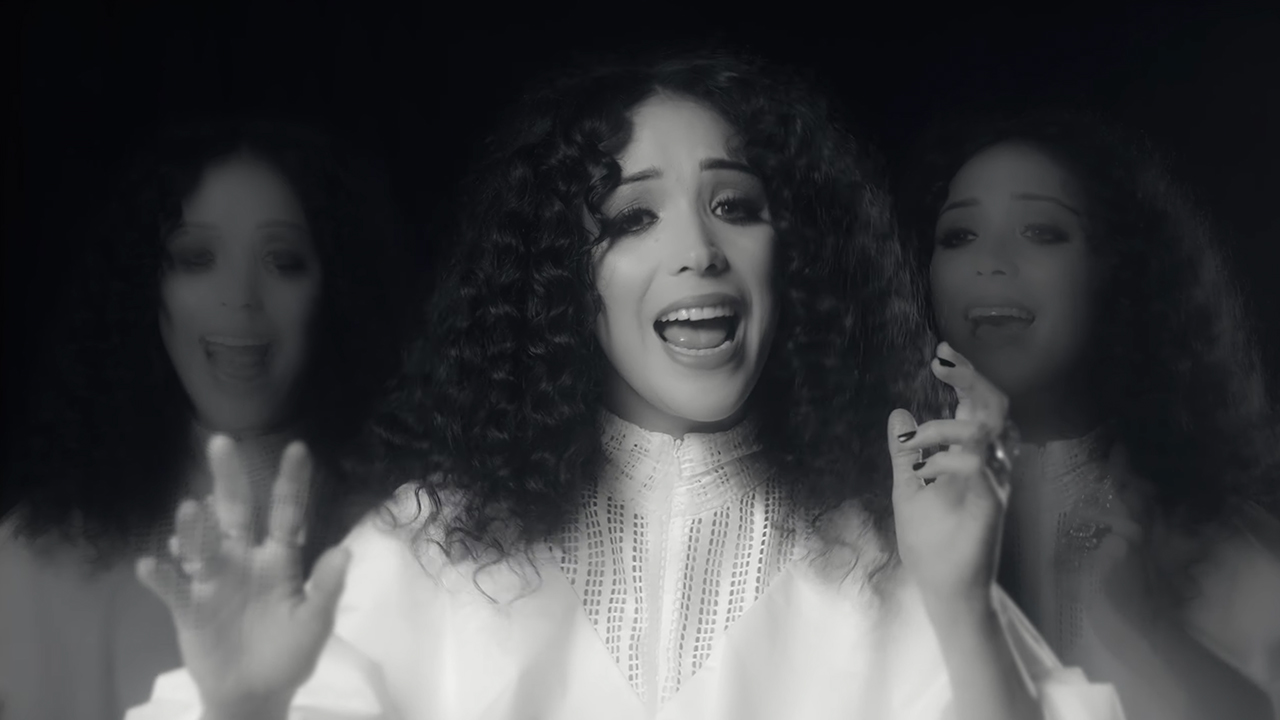 by Anth Webster
0 comments
[dropcaps type=’normal’ font_size=’60’ color=’#ed145b’ background_color=” border_color=”]T[/dropcaps]he internet has presented creators with the opportunity to really rethink the way they go about self-promotion. For Taylor B-W when considering the release of her latest single ‘Dreams’, she was intent on finding ways to give the release a staying power that is so hard to come by in this age of media saturation: “I knew I definitely wanted a lyric video and music video, however it was Josef (J. Weber, director)’s idea to include all the other assets because it allows us to cover all our bases. And I was certainly on board with that.” 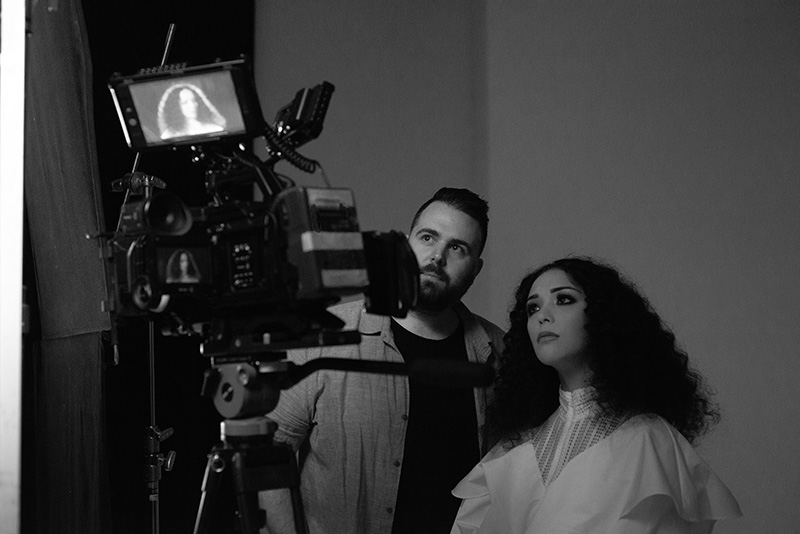 “We wanted to make content that would vary enough to keep my followers interested in the song and its campaign for an extended period of time, while it’s still fresh. As a DIY musician/indie artist, it’s important to make as much content as you can to stay current and fresh in the eyes of people who like your music, but not to overdo it either because that can also lead to boredom. I think we did just enough content not to overwhelm my followers and I’m really proud of the content Josef and his team produced!”

The multimedia campaign around the release of ‘Dreams’ included animated stills and graphics for social media, single artwork, a behind the scenes featurette in which Taylor B-W, Josef J. Weber and other members of the crew take the audience into the creation of the song and the video, the theatrical horror ‘Dreams’ video itself and an accompanying lyric video which plays like a simplified version of the clip with slight stylistic changes. 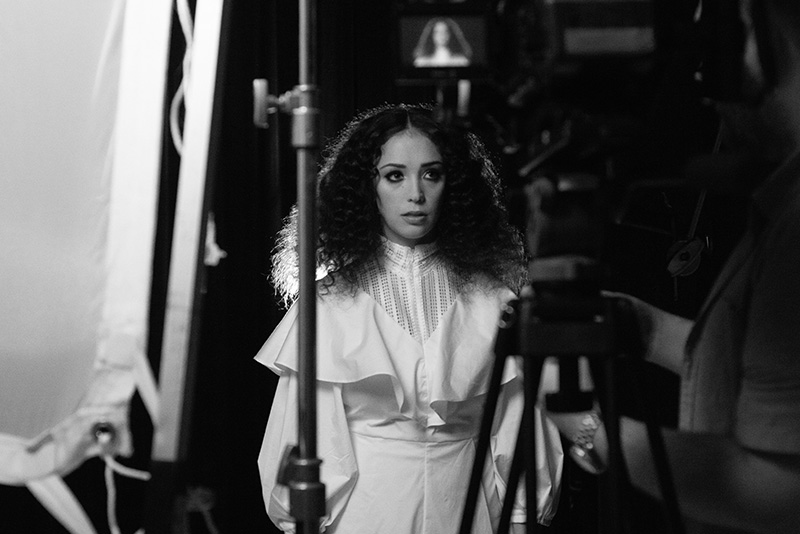 When asked about bringing this multimedia project to life, Weber replies: “This style of multi-faceted content is what I’ve wanted to do for a while now. I’ve treated the release of ‘Dreams’ as an integrated campaign with creating all of the assets Taylor requires to promote the song. What I love about what we’ve done is that it feels visually and tonally consistent across the board. With each piece of content created it all feels a part of the same tribe and this was an approach I was adamant about capturing right from the get go.”

The ‘Dreams’ video draws heavily from the song itself, which uses light and dark in production to create this dynamic and mystery to the music. Taylor B-W’s vocal performance is assured and emphatic, allowing the personality of the lyrics to shine in a delivery filled with drama. Taylor B-W elaborates on how ‘Dreams’ came to be: “I usually conjure up images in my mind from the very start of the writing process – songs are for storytelling, after-all. Back in 2017, I wrote a poem after a particularly scary nightmare, so the concept was already there.  I am someone who suffers from sleep paralysis and recurring nightmares and it can be really exhausting. My dreams can be so vivid that when I wake up, I don’t know what’s real and what isn’t.” 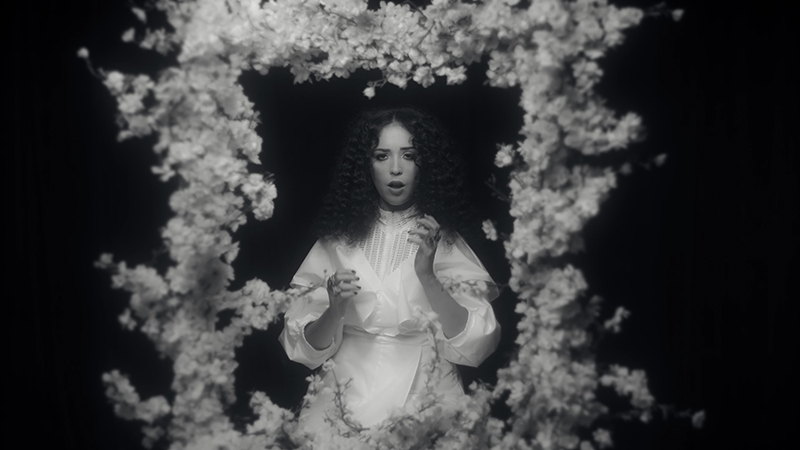 “So when I brought my poem into the studio and began working on a beat with hip hop producer Chunkyluv, I instantly began imagining colours that suited the music too: greys, whites, black, and steel blue. I knew that, whatever I would visualise with the music video, it had to include some of those dark colours… When it came time to finally get the music video made, I initially approached Josef J. Weber with a rough concept for a very macabre, eerie video, involving black slime and a ghostly demon! Josef and I worked closely to flesh out the whole idea and we settled on a thematic, black-and-white visual that plays with light and darkness to represent an angelic girl (me!) stuck in a purgatory that she cannot escape from because she is being held prisoner by a demon – all heavily inspired by my lyrics about sleep paralysis, blurred lines between dreams and reality, and sleep demons.  And, yes, I managed to keep in my idea of slime – albeit, briefly!”

The video revolves around an almost David Lynch-esque dreamscape melodrama style portrait shot of Taylor B-W, while other creepy and occultish intrusions begin to permeate and overwhelm her. The production is perfectly sparse, echoing that feeling of dreams where places and settings aren’t entirely fleshed out, the world is a blur and your focus is localised. There is a softness to the way the video is shot that gives it this wonderful theatrical feel, while Weber’s use of glitchy and choppy editing techniques keeps it well and truly planted in that oh so recognisable horror oeuvre. 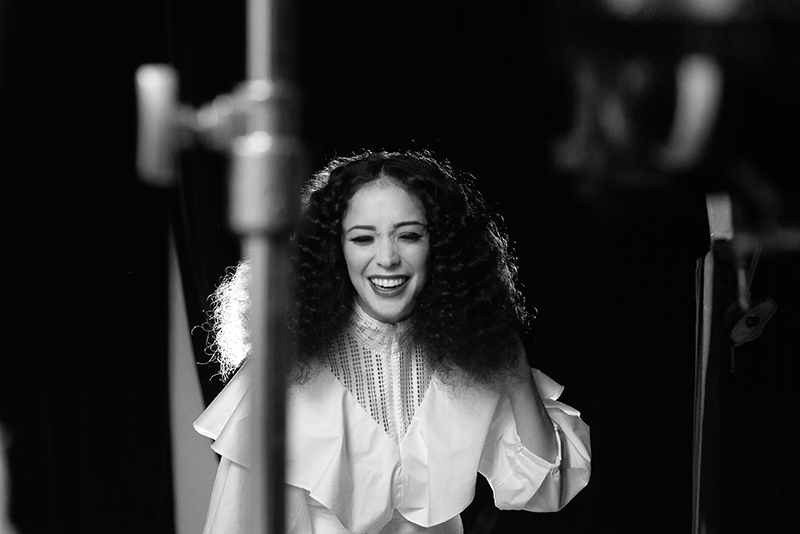 “I have loved horror films since I was a kid,” explains Weber, “and ‘Dreams’ was the perfect song to bring that love for horror to the visual. I haven’t done a horror themed music video in a long time and this was a great opportunity to get back to that style. I knew from the outset that everything we created for this campaign was to be pushed as far as we could take it without overshadowing Taylor and the song. This style of edit approach is one I’ve used for many years when cutting music videos. It’s so much fun to have a play and get creative with the edit. Jonas Akerlund is a source of inspiration too, I love how he edits his work together, they’re full of frenetic energy and play a big part in his distinctive style as a director too.”

Here is the official video for ‘Dreams‘