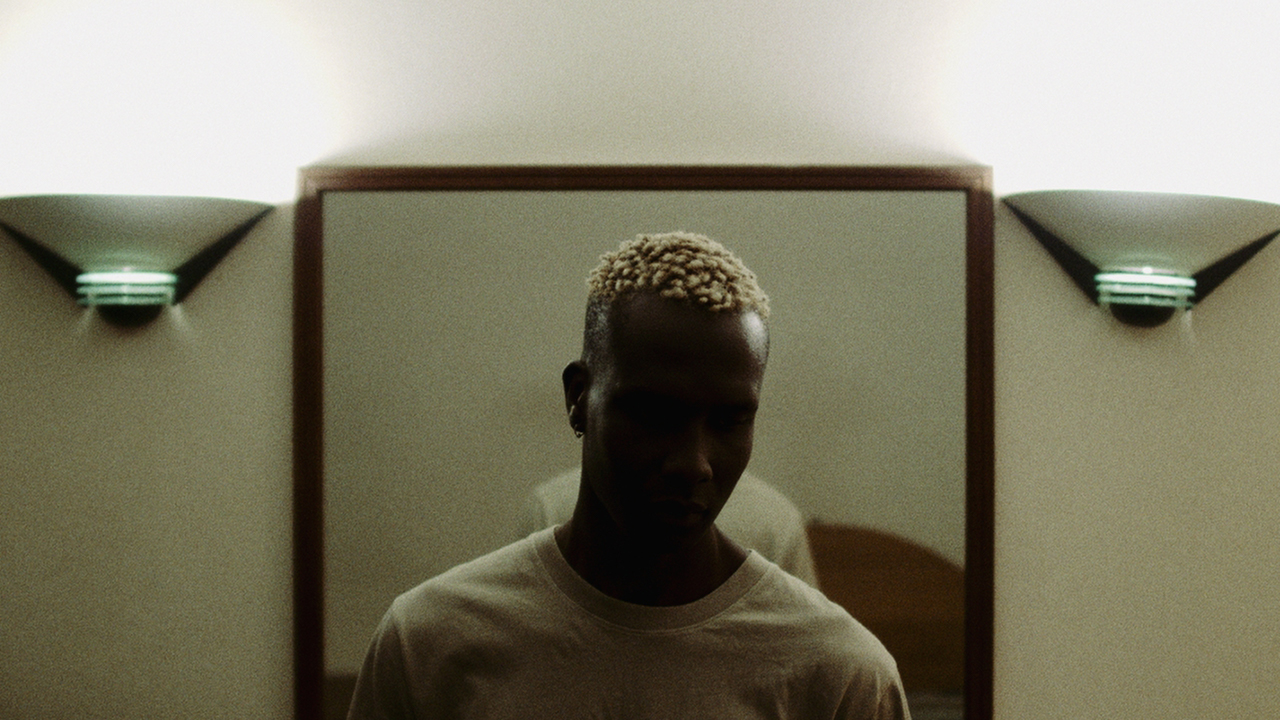 Two cult members flee an isolated rural commune, then find themselves amidst the tense and anonymous nature of the city. As they try to adjust to their new surroundings, they must attempt to navigate their smouldering feelings of temptation and the paranoia that they are being followed.

We spoke with Harrison Friend, director from kidsofbill, about their goals for the video for Rvhu’s “We’re On Fire” and how the concept came about.

“Broadly speaking, we’re interested in tonally dark, melancholy stories. The cult narrative stemmed from that, as well as our interpretation of the song being related to a toxic relationship. It also came about from our love of films such as Martha Marcy May Marlene, the kind of filmmaking that can be done very cost efficiently but still pack a wallop through taught craft.”

This dark and melancholic mood is achieved in the city setting through the use of practical lighting from street lights and the like, casting this shadowy aura over everything. In comparison, the brief glimpses of their cult home in the beginning of the video feel very peaceful, bathed in luscious greens and natural light. 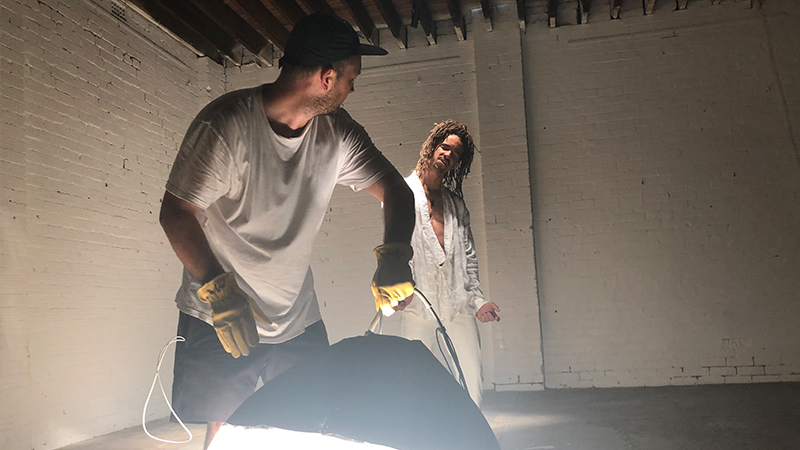 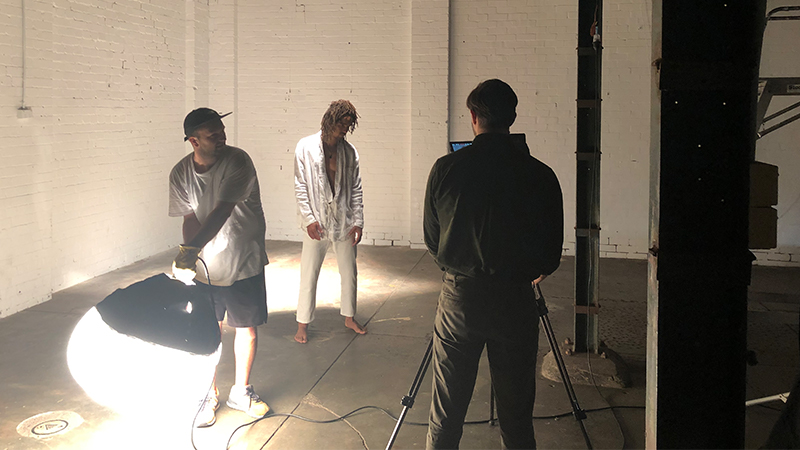 The goals here for kidsofbill were clear, Friend elaborates: “The farm was meant to feel calm and relaxing. There’s something very sinister about the feeling of being stoic, in complete control, that’s the feeling we wanted for the cult. For the world outside, we went for a Detroit-esque, industrially worn type of environment. Somewhere where no one cares who or why.”

This heightened intensity for the characters once they reach the city is echoed in the way the video is shot. The two lead characters are often presented in very tight shots making everything feel extremely personal and almost claustrophobic.

Friend explains how this approach was both a stylistic and practical choice for them: “We get pinned for too many close-ups regularly. The reason this is built into our subconscious when shooting is out of the constant need to hide a set that is not 100% tailored to the world you’re trying to create. So many details can allow the audience to slip away if not properly contained. That’s the battle we find ourselves constantly fighting.” 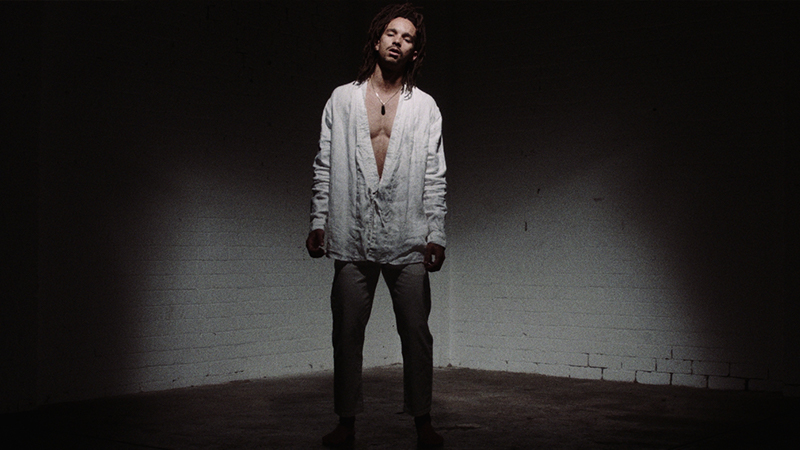 Throughout, the video’s narrative gives way to performance shots of Rvhu and two dancers, set in this starkly lit and almost oppressive setting, reminiscent of a basement interrogation room. While incredibly effective, Friend says the success of these shots is tinged with regret:

“Like most low budget anecdotes, we had this amazing reference shot of an entirely black space with one soft, broad top light that fit perfectly with the cult narrative. However, the studio space we had available was not high enough, nor wide enough to achieve the look. So, compromise ensued. Still looks pretty solid. The brick works.” 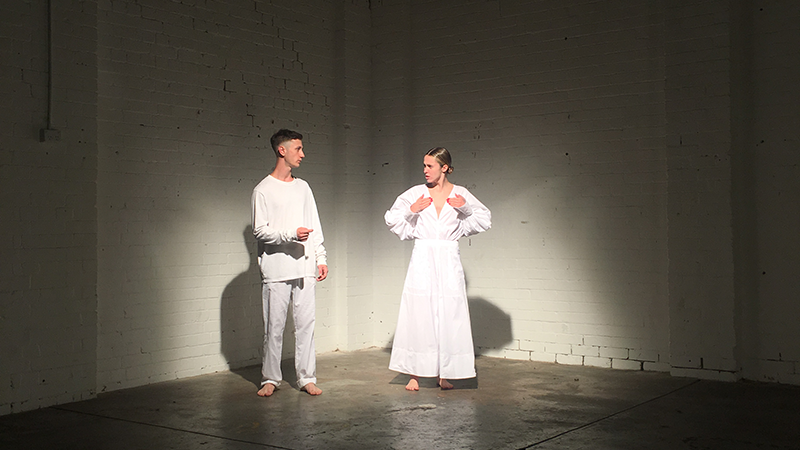 The dancers in these shots, Jade Quirici & Jordan Hill, so compellingly capture the conflict of the characters and the stress of being on the run in their movements. The value they brought to this video was far from lost on Friend: “They’re amazing. They did all the choreography themselves off of a lunch we had discussing cults. We just felt privileged to have people that were rock solid in their craft to shoot. Makes our job, and the film, all the better.”

Rvhu’s “We’re On Fire” bristles with frenetic energy through the clicky and almost glitchy beats accompanied by Rvhu’s minor key lilt and falsetto. There is a burning energy and anxiousness in the song that kidsofbill were so successfully able to capture in this gripping video.

Here is the official video for “We’re On Fire“