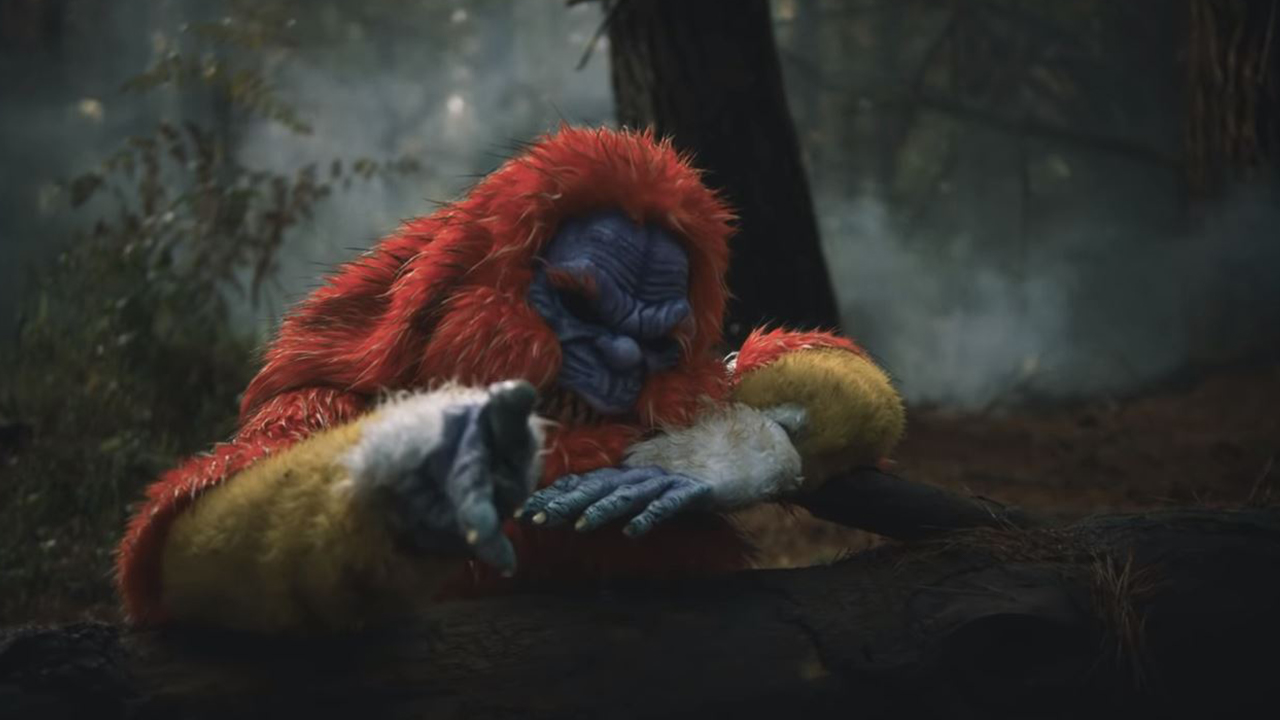 We’ve all been there. You have a few too many one night, the next morning you wake up stranded in the forest and get kidnapped by rubber-masked versions of yourselves. Oh, and there’s a dancing monster… Boy, if I had a dollar, I tell ya.

Following on from their previous single “Loving On You”, a jaunty romp accompanied by a That 70’s Show-esque booze-filled roundtable video, The Settlement return with the new single “Take it Slow”. The video, also directed by Bianca Milani, echoes the more mysterious and outlaw country-influenced tone of the song, beginning with the band waking up on the side of a deserted forest road amidst the presence of a strange furry creature. 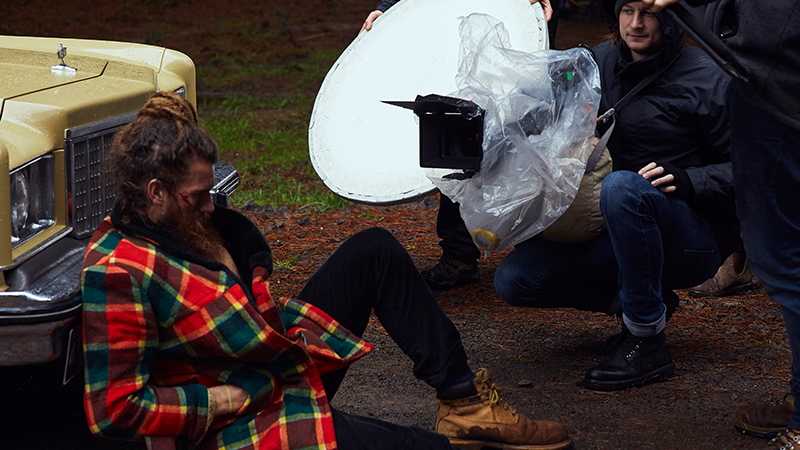 As the band comes to and are approached by a gang of masked criminals, they suddenly realise their car keys are missing and they’ve no route for escape. They are soon taken hostage by the troupe of no-goodniks and forced to march deeper into the forest at gunpoint. When all hope appears to be lost, the furry monster makes his entrance.

Director Bianca Milani tells of how the video came about: “The boys from the Settlement came up with the concept, and I loved the idea! ‘Take It Slow’ is the second half to The Settlement’s previous clip – ‘Loving On You’ which was shot in the same weekend. Starting off with a boozey night to waking up dazed and confused in the middle of the forest, ending with being chased by armed robbers. The boys had always wanted to create a robbery music video, so it was wonderful to bring it to life for them. During the story boarding phase, inspiration was taken from The Beatles ‘I am the Walrus’, The Labyrinth and Colin De Plancy’s, Dictionnaire Infernal.” 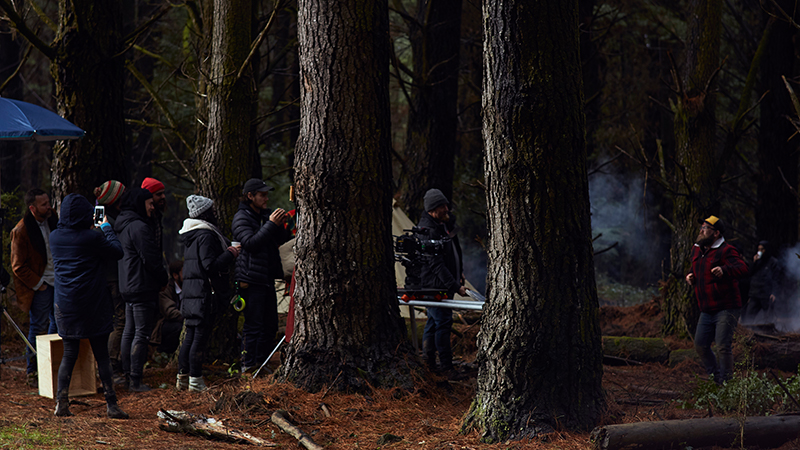 As the wonderfully-caricatured orange and blue monster begins to make his presence known to the captured band, all of a sudden both the band and their kidnappers are infected by the boogie. Hips start wiggling, shoulders start bopping and before long the entire group is being lead in a dance party by the sassy sasquatch.

This presents the kidnappees with the opportunity to escape. But is this bizarre bigfoot really the hero? He was the one who stole the bands’ keys in the first place. He also casually stood by while the criminals chased the band through the forest, offering no assistance. Was this whole situation just one big Puck-like prank by the monster? 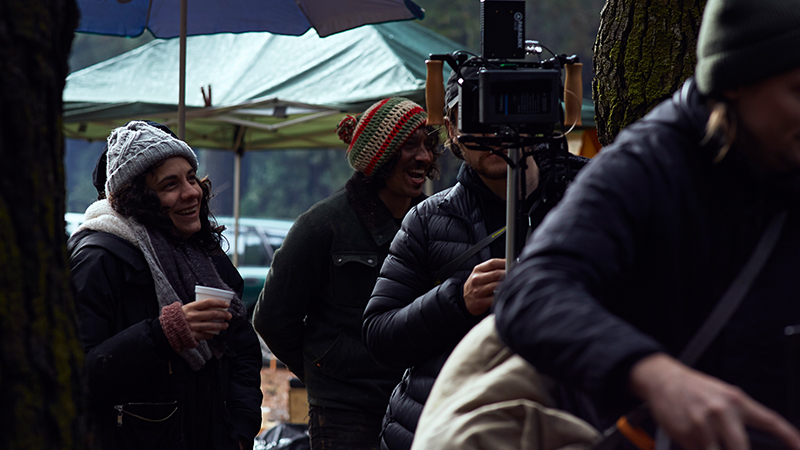 Milani elaborates on the character: “The monster is the limbo between our sanity and our madness. He is cheeky and playful, stealing characteristics from the 1818 Dictionnaire Infernal Daemons – Balan, Andras, Belphegor and Caacrinolaas. More often than not we are our own worst enemy and the answers are right in front of us.”

There is wonderful mischief throughout the video. This sensation is heightened by the way the video is shot predominantly with a hand-held camera, highlighting both the chaos and distress of the chase shots and then the mirth and joyousness of the eventual dance party shots. 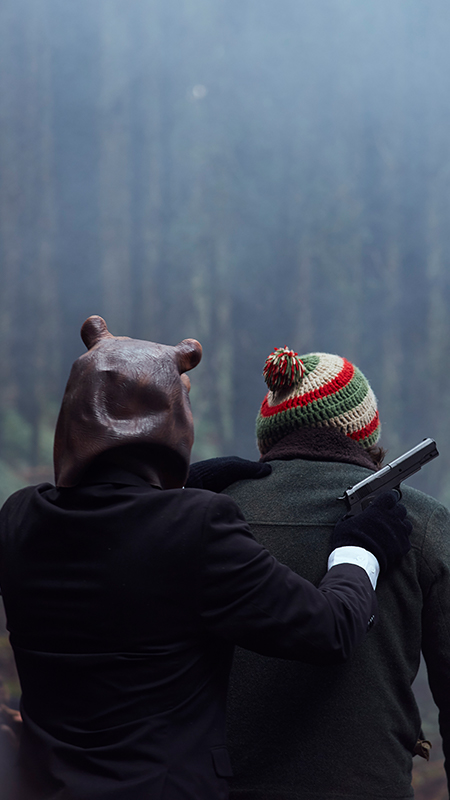 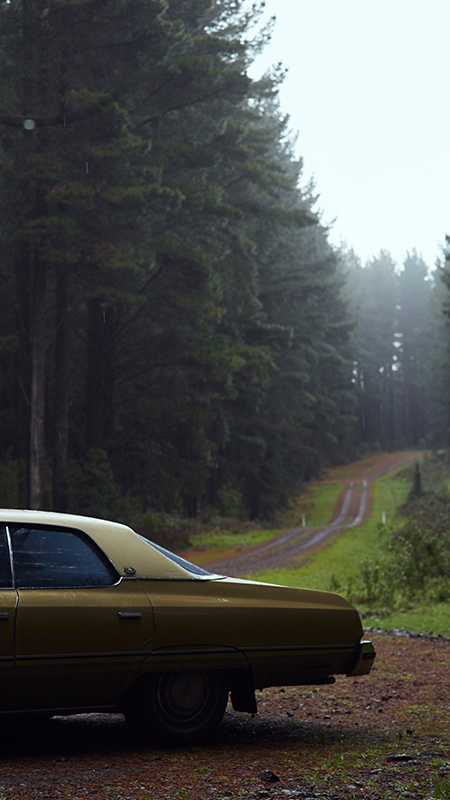 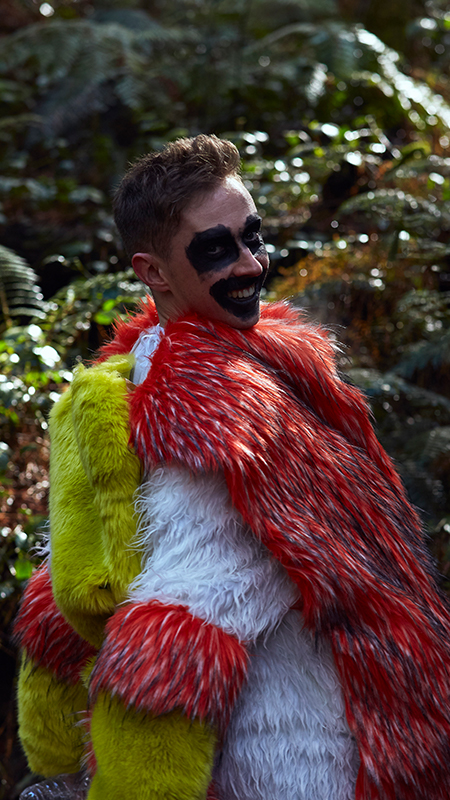 This direction had a very clear motive for Milani and her crew: “Working alongside my DOP Marcus Cropp, we wanted this movement to be a combination of the characters and monsters POV of the kidnapping unfolding. The aim was to get in close to the action, and immerse the viewer.”

The video draws a great deal of mystery from the location in which the video was shot. Fog swirls through the undergrowth of this all-encompassing forest, soaked in the unending shadow of the dense pine trees. This could be something out of The X-Files or Stranger Things or ET. It feels like the Pacific North-West of the USA, Bigfoot Country. 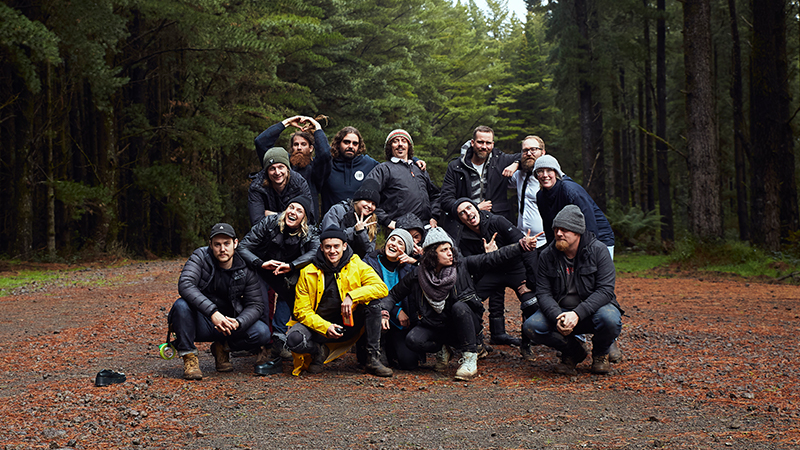 Milani says: “Finding a location that makes you think ‘Where was that shot?’, is always an end goal. When the boys pitched the idea, we needed a location that had a little bit of magic. We shot this tucked away in a pine plantation in the Ottways National Park. It was just by sheer luck, it was cold, damp and wet!”

Perhaps the greatest achievement of “Take It Slow” is the way it is able to straddle multiple genres and tropes; from the supernatural “Where are we and how did we get here?” and the monster, to the crime thriller of the masked captors, to the comedy of it all being defused by dancing, there is real art in the way the video encapsulates all these elements without betraying or conflicting with the others. 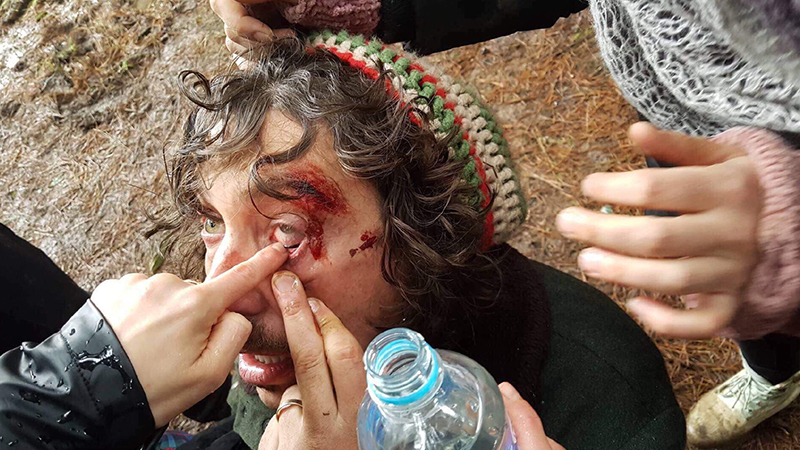 Milani puts much of the video’s success down to the preparation and dedication of her crew and her cast. “There was a lot of planning, and each shot was married to the lyrics.  I don’t think it would have worked without the band members playing their own characters. They fully immersed themselves in their roles, to the point one of the band members got a leech in their eye!”

“Take It Slow” serves both as a thoroughly entertaining video and also as a warning: Don’t party too hard, lest you get screwed over by a sasquatch and have to dance your way out of a hostage situation.

Here is the official video for “Take It Slow“