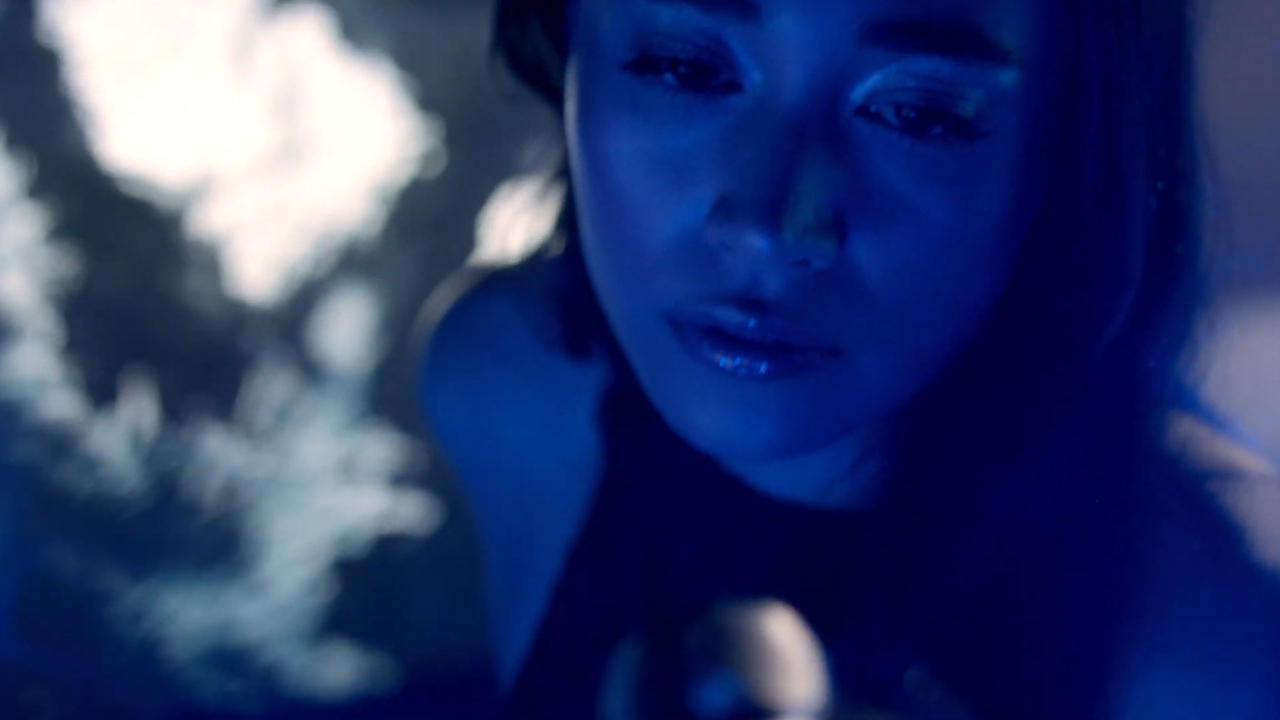 ven without the need to stay inside during a country-wide lockdown, to exist in any modern society is to experience so much of life through a screen.  To be a creator like Melbourne’s own Saiyon, the process of writing and distributing electronic soul music is so intimately intertwined with social media platforms that the lines between the personal self and the internet facing brand-self, become too uncomfortably blurred. Enter the music video for her single Recovery, a mournful and slow song paired with Saiyon’s performance in an abstract space filled with various kinds of LCD screens. Imagery from the screens lights her face and overlays onto her as she sings, both to the audience and to a handheld camcorder which she holds selfie-style. Her live image from the camera displayed in the multiple screens that surround her; even when Saiyon’s gaze isn’t locked with the audience, eye contact is often maintained through one of the live screens. 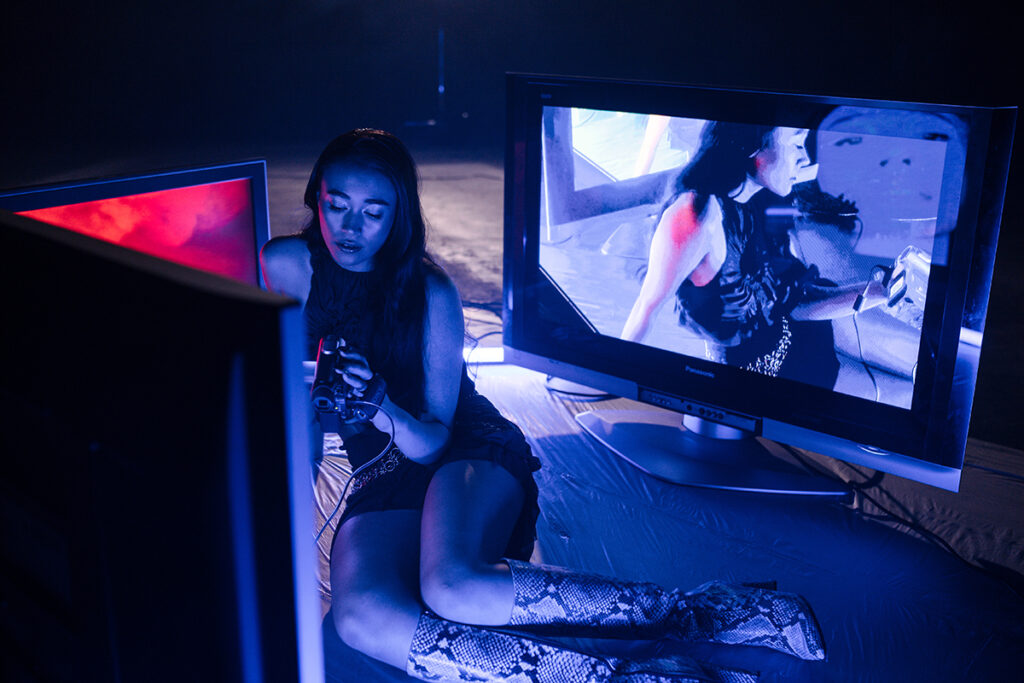 Saiyon’s collaborators on the clip are Hiball, directing duo comprised of Melbourne’s own Alexandra Kirwood and Stanton Cornish-Ward, whose background is primarily in fashion film. Fashion is all about the choices that we make in how we present to the world around us; deciding which elements of our personality we want to project to an imagined observer. For Hiball, the intersection between fashion and the themes that Saiyon chose for the clip were obvious.

“We wanted to explore this idea of self-image and voyeurism in contemporary society.  Instead of using the classic CRT monitors or older more 80s style TVs, we opted for secondhand 00/10’s era flat screens. We felt this was an opportunity to add a sense of newness by using recently out of date tech in a fresh way, rather than falling into the tropes of screens in MVs of recent years. The flat screens also offered more options in terms of installation, for example we were able to have them resting against a wall like a mirror and laying flat on the ground, kind of like a pool of water.” 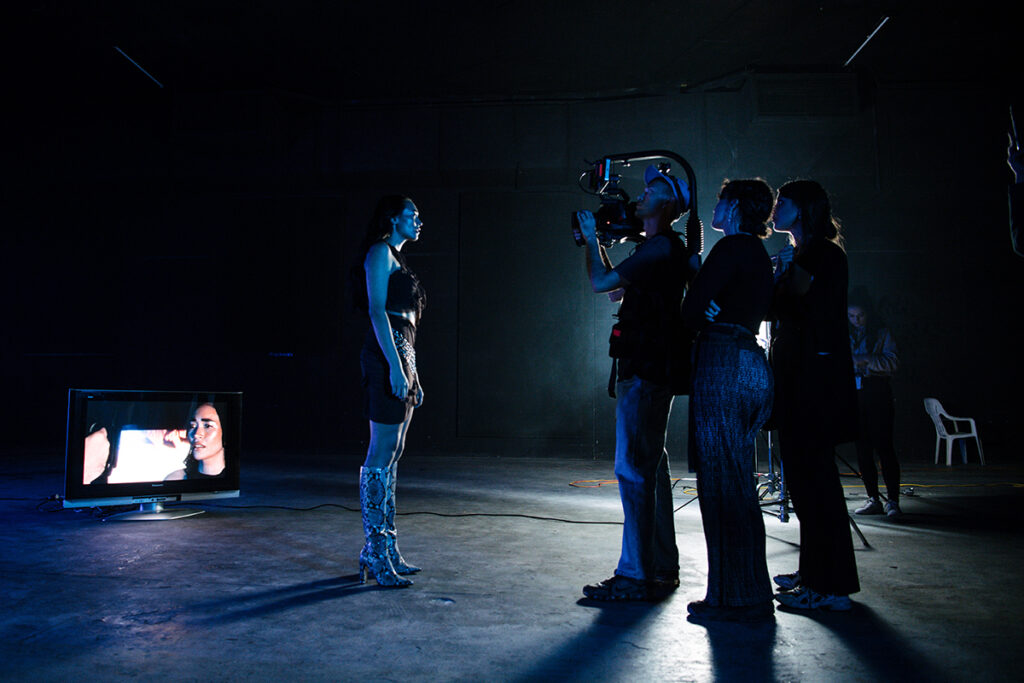 Memory was another key theme that Hiball were intent on exploring through the video, and Saiyon is seen carefully examining the images of her performance. In life, most memories of events are replaced by memories of their recordings. Photo and video overwriting lived experience until all that’s left are copies of copies. “Memories fade, but the scars remain” she sings from a grainy LCD flatscreen, framed almost too close for comfort. It’s a footage quality and context reminiscent of family home videos, adding further to the theme of recollection. It’s a cohesive and satisfying vision, and the directing duo remark on their collaborative process:

“We have known each other for roughly nine years now, so we have a fairly open and honest personal and working relationship. We both bring different skills and perspectives to the partnership which tend to complement each other. We generally work on all of the pre-production and post-production together which allows us to bounce off each other’s ideas. Of course, we do have creative disagreements, but we have learnt to give each other space until we cool off and can revisit the situation.” 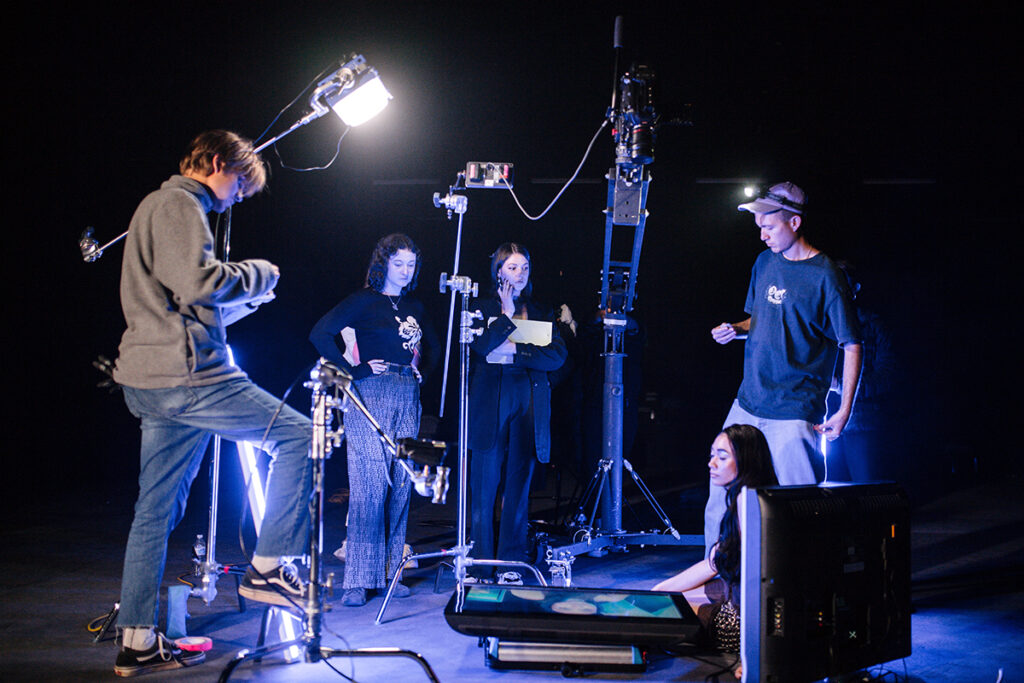 Saiyon performs in multiple eye-catching outfits throughout the clip, courtesy of stylist Katherine Rose, maintaining Hiball’s commitment to letting costuming transform the narrative of a work. Lens flares that drift across the camera lens remind the audience that Saiyon is performing to artificial eyes, and at times she’s seen lying sprawled on the ground, surrounded on all sides by glaring flatscreens. Media centric imagery is abundant and inescapable.

The former Hendon Film Studios (now rebranded as Sunjive Studios) in Adelaide was chosen as a space suitable to shoot the clip, and the size of the sound stages allowed for a great deal of flexibility in screen placement. Most of the configurations used in the clip were a result of trial and error, with Alex and Stanton experimenting what angles would make a nice frame while also providing enough artistic lighting to Saiyon’s performance and showing appropriate imagery. Careful consideration was given to sourcing stock footage for the screens, with an emphasis on serene, cinematic clips that matched the mournful tone of the music. 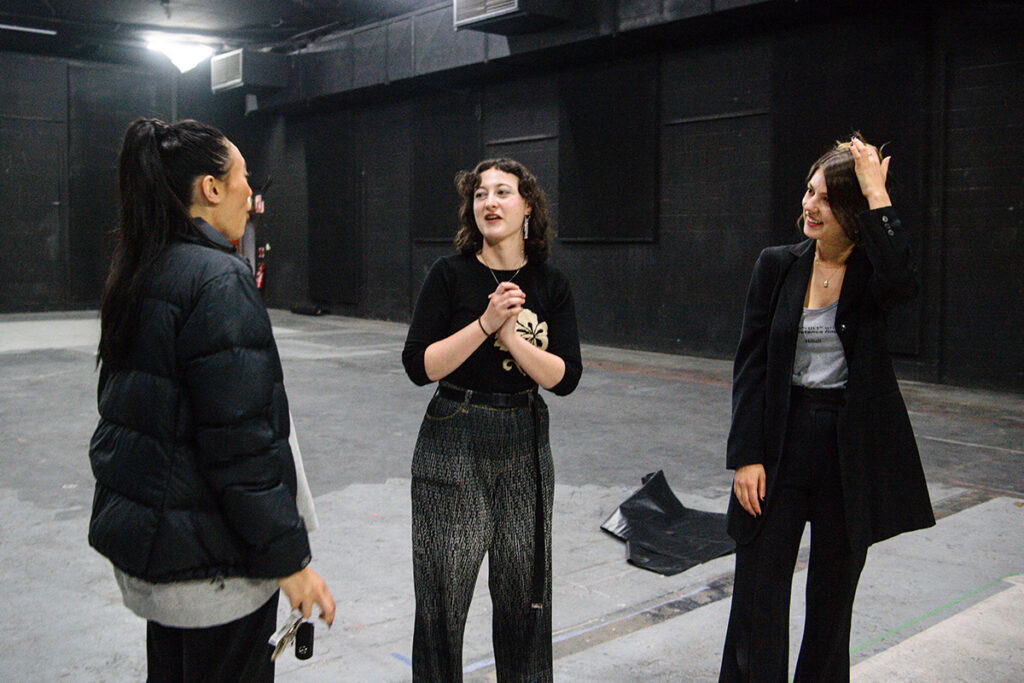 “Working with the constraints of the budget, we shot on the Blackmagic Ursa Mini G2, and for the lenses we used the cannon 24-70 II. We also used a jib for the overhead shot of Saiyon. Saiyon had a rough direction and a few images that showed projection, screens and a kind of moody atmosphere overall, all of which we built upon in our treatment. Abe from Crayon graded Recovery, who has been our go-to colourist over the years and built a strong relationship with. We’ve worked across a few different projects with Abe so it’s a pretty fluid process.”

Hiball are able to explore this screen anxiety without falling for the traps of cliché that so many do when criticizing contemporary social media use, focusing on a specific and relatable aspect of digital life without a blanket dismissal of any social media. With an ever present need to build and maintain an identity through a screen, Saiyon’s clip can only become more relevant and meaningful.

Here is the official video for Recovery