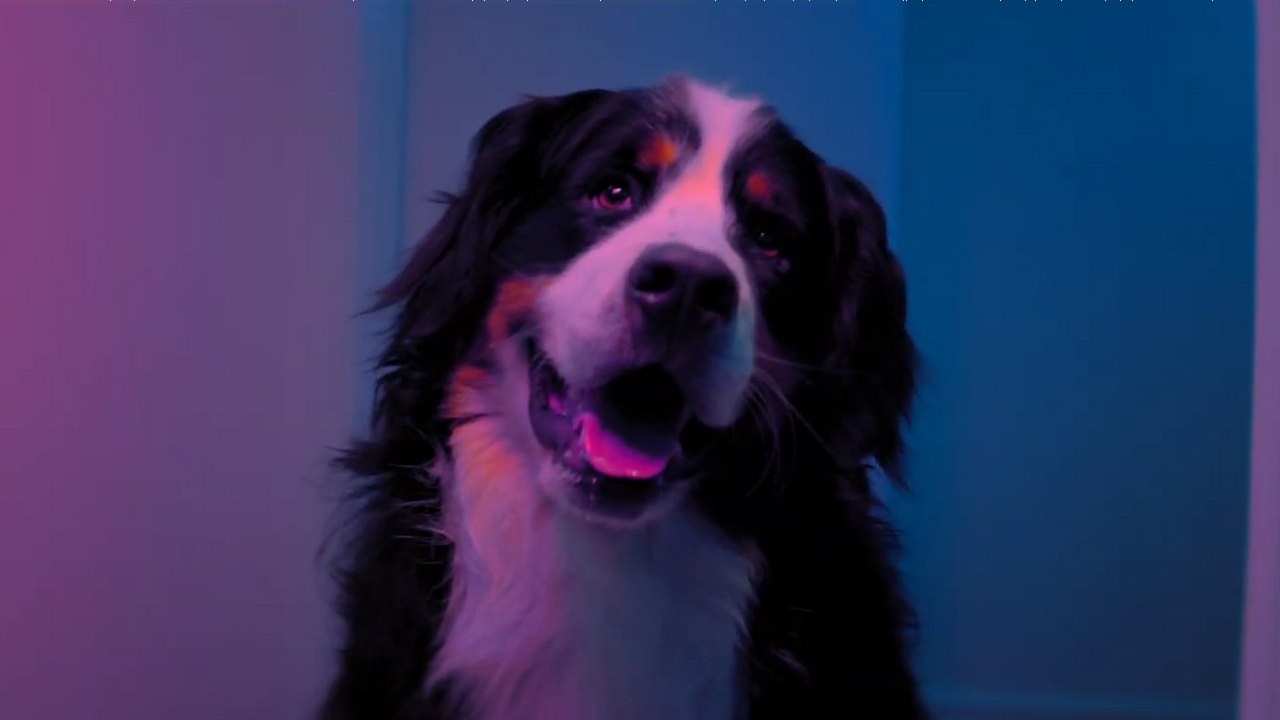 [dropcaps type=’normal’ font_size=’60’ color=’#ed145b’ background_color=” border_color=”]T[/dropcaps]o see the world through a dog’s eyes would truly be a gift. As director Charmaine Murray says: “What makes you happy and never lets you down? Our loyal furry friends, of course.” So when it came to creating the visuals for ‘Happy’, the latest single from Perth post-hardcore outfit Shangrila, Murray sought to capture the optimism of our dear and loyal doggo mates in a video that introduces each member of Shangrila in a scene imbued with heightened realism and canine adoration.

“Hank (Dog) was always going to be in the video,” Murray says, “and we wanted to show how happy they truly made us through their honest eyes. When we’re down or in a rut, one look at their beautiful faces will make our hearts melt and bring us back to life.” When Hank enters each new room throughout the video, we see a scene frozen in time. Hank surveys things before deciding to reanimate everybody, kicking the scene back into life. Murray explains this intriguing and original approach: “Camera movement is key. Having the POV from Hank is what really sells it. We live through Hank’s curiosity – from his little head tilts, to when he decides to bring life back to the party. Lewis (DOP) and I had a lot of fun working out how to shoot this video. A lot of the inspiration was drawn from a Spike Jonze commercial called ‘The New Normal’.”

The video depicts each member of Shangrila in a different semi-surreal situation; a baptism in a ballpit bathtub, an almost Brick In The Wall-esque drum class, an extravagant and erotic masquerade feast, a super casual nude life drawing session, and a low key tent sermon. “Each scene has a core theme in who the band are as a person, and as a whole. They’re a believer, a teacher, a lover, a creative, and a powerful voice. What unites them and brings them together is the bond they share as a band, and as a family. I wanted to represent the diversity of each personality, and create dream like scenarios that showcased that.”

This re-introduction to the members of Shangrila coincides with a continuation of an evolution that appears to be happening with the band, musically. Their last single Fade Away displayed a certain maturity that wasn’t apparent in the band’s debut EP, and this is a theme that has carried into Happy as well. The punk energy of what Shangrila do is still there, but it is accompanied by subtlety and dynamic. When asked about how the process is changing for the band, they reply: “Since our first release we’ve definitely matured as songwriters and found a bit more of an organic approach to writing together.”

“We tracked ‘Fade Away’ and ‘Happy’ at the same time in the studio and there was very minimal, if any, changes made from the original demos because we’ve gotten a lot more confident in how a song is supposed to flow and sound now and trust ourselves to make those calls. We came from a heavy music background and definitely wanted to maintain that energy in the music but I think we’ve found a more suitable way of making that work within the genre we want to play now. In terms of future releases, I think our only focus is to just write good music regardless of what kind of genre or sub-genre it ends up falling in to.”

Having collaborated with Charmaine Murray on the video for the aforementioned ‘Fade Away’, according to Shangrila it was a no brainer to bring her in for ‘Happy’ as well: “Charmaine was amazing when we shot ‘Fade Away’, it was our first time working with a full production team for a video and she really went out of her way to coach us through the whole thing and answer all our stupid questions. We knew when it came to this video we wanted something that was going to be a bit smaller on the production scale that we could shoot over the weekend and luckily when we approached her she was really interested in working with us again. We couldn’t be happier with her and her team’s vision and effort they put in to making the video so great.”

Here is the official video for ‘Happy’