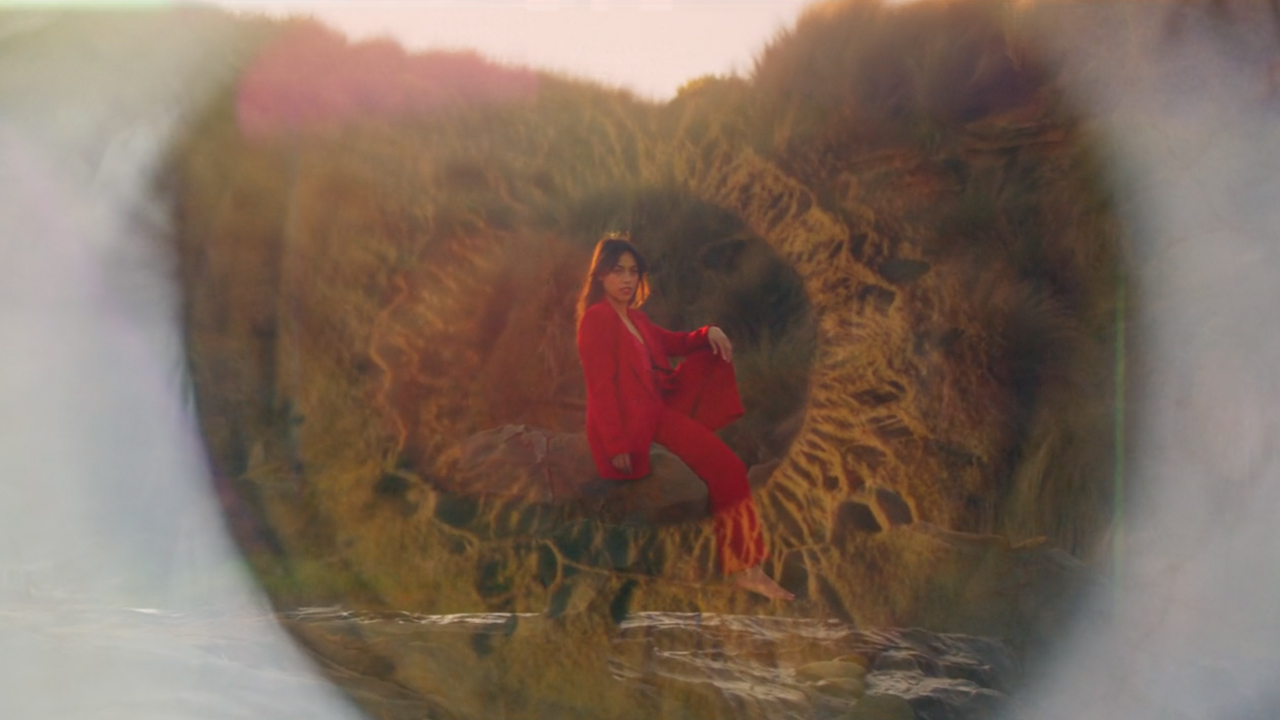 elbourne based three piece Telenova serve up lush indie pop at its finest with their new track ‘Tranquilize.’ Polished instrumentation with an electronic edge lays the foundation for front woman Angeline Armstrong’s sweeping vocals. Lyrically, the trio do not shy away from emotion, favouring a head-first plunge into notions of love, seduction and the ways attraction can transfix even the most unsuspecting of victims. 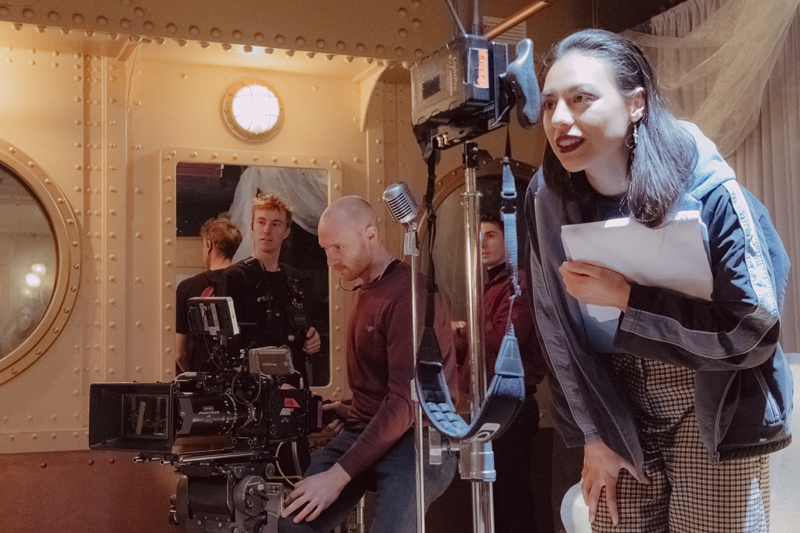 The video accompaniment for the track is self-directed by the multi-disciplined Angeline Armstrong. Building on themes explored through the track, the clip leans into siren mythology as a metaphor for falling in love. Three distinct acts slowly unravel the femme fatale story of a siren on the run, masquerading as jazz singer in an underground club. Visuals jump from picture-perfect coastlines to a dingy ocean-themed club and mix in elements of the surreal. Stark contrasts in settings and subject give the clip a dreamlike-magical feel undercut by an unnerving sense of danger. Armstrong explores the inspiration behind her quirky visual style:

“I was in the midst of watching Twin Peaks and on a real David Lynch kick, so the idea of a Siren-on-the-run hiding out in a hazy, nautical jazz bar was very appealing. I’ve always been drawn to narratives that mesh real world experiences with the surreal, that middle ground fantasy / magical realism is so intriguing and beautiful and uncomfortable. I’m also just a huge fan of the Gucci visual world, so I guess you could say that the major influences for the film clip are a glam gucci-lynchian dreamscape.” 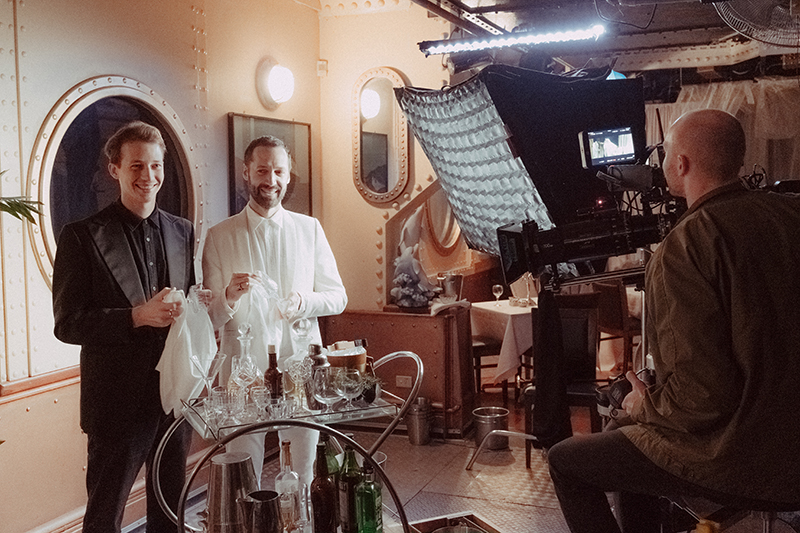 A natural born creative with a filmmaking background, Armstrong was determined to ensure the clip could play out almost as a short film in its own right, expanding on the narrative arc already present in the songs’ lyrics. Linking up with production designer Juliet Bennie, Armstrong set out to make every frame of the video feel as if it could stand alone as a painting. With marine themed sculptures, glistening pearls, silver clam shells and flickering candle light, Bennie achieved just that. Armstrong elaborates on the meticulous design of each shot:

“Often a set might look a little strange to the naked eye, but once you put the film lights on it and you’re looking through the camera lens, there’s suddenly this depth and realism that didn’t exist prior. Juliet Bennie is incredible at having the intuition for what will look good on camera…We were working with a set that already had the bare bones we wanted (nautical windows, old ship structures within the room) but the entire stage was built by her. The stage is actually old school table tops on top of wooden pallets; the drapes and curtains were just a huge bag of material being given away on marketplace; and the clam shells were kid’s sandpits with the edges sharpened and spray-painted silver.” 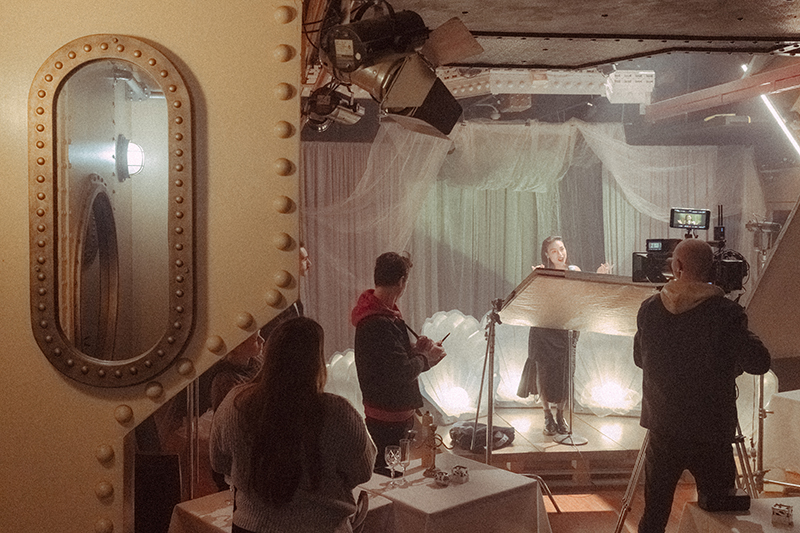 This same dedication to each frame and set up is clear in cinematography by Daniel Bolt. Utilising ARRI’s Alexa Mini courtesy of Panavision and a series of T & E anamorphic zoom lenses, Bolt beautifully blends together slow zoom and montage shots that add an extra layer of drama to otherwise static frames. Extreme close ups of Armstrong’s eyes blend seamlessly with wide shots of rugged coastal scenes. A precise match in colour palette and an ethereal blur effect fuse these separate shots into one. Bolt unpacks his process:

“We used a Fisher 11 dolly for the long interior push-ins, and ended up staying on the dolly for much of the interiors as it proved much faster and versatile in changing set ups and opening up opportunities for dynamic shots. We also used a Dream FX filter from a crowd in LA, similar to a ProMist, for the interior bar shots in order to soften the overall image and bloom the light sources for a smokier, otherworldly feel.” 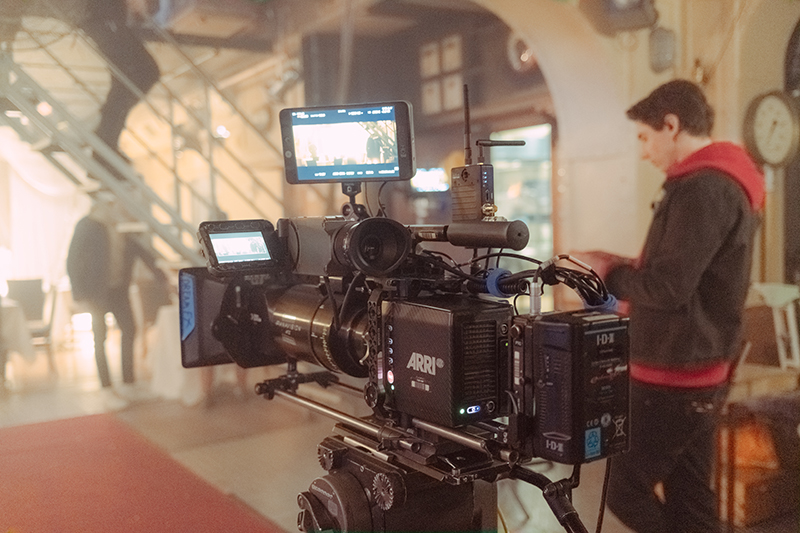 All interiors were shot at the Titanic Restaurant, a nautical themed theatre restaurant in Williamstown, Melbourne. The space provided an inherent quirkiness that comes to life as the clip progresses. Ocean scenes were shot in the seaside town of Kilcunda, a location selected for its wild rock structures and breathtaking coastlines. Despite time pressure and challenging weather conditions, the team were able to capture beautiful shots. Armstrong explains:

“I think with a different team, the water stuff would’ve been a real nightmare! We were shooting in winter last year between lockdowns, so shooting a scene underwater and then on those rocky cliffs at Kilcunda at golden hour and dawn meant some pretty cold and wet weather conditions. But everyone was just committed to getting the shot because we knew it was going to look beautiful, and I have a great team that aren’t afraid of getting their shoes muddy, and slipping and sliding their way down a trepidatious cliff to get to where the good light is.” 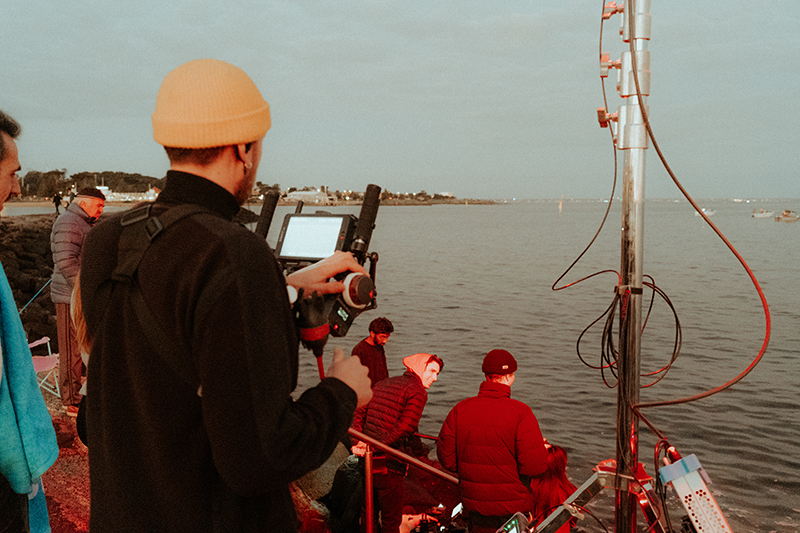 A true passion project, the production of Tranquilize saw the coming together of an A-Team of talented crew and collaborators, all of whom left their distinct creative fingerprints across the clip. Armstrong reflects on the experience:

“The team were full of belief in the concept, as well as having the freedom and trust to bring their own lens to the table. I’d worked with so many of the cast & crew before, which gave it such an artistic family feel – there was a real feeling throughout the whole production process that everyone felt a lot of pride and ownership over the project, which is a special feeling considering how demanding the filmmaking process is!” 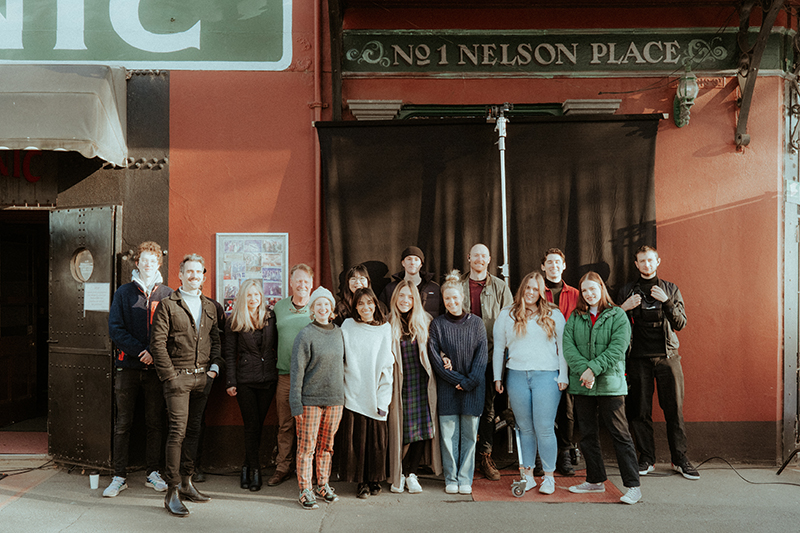 The beauty of Tranquilize is thanks to the self-directed cinematic aesthetics dreamed up by Angeline Armstrong. Equal parts style and charm, the clip lets off an irresistible glow sure to pull you under.

Here is the official video for Tranquilize