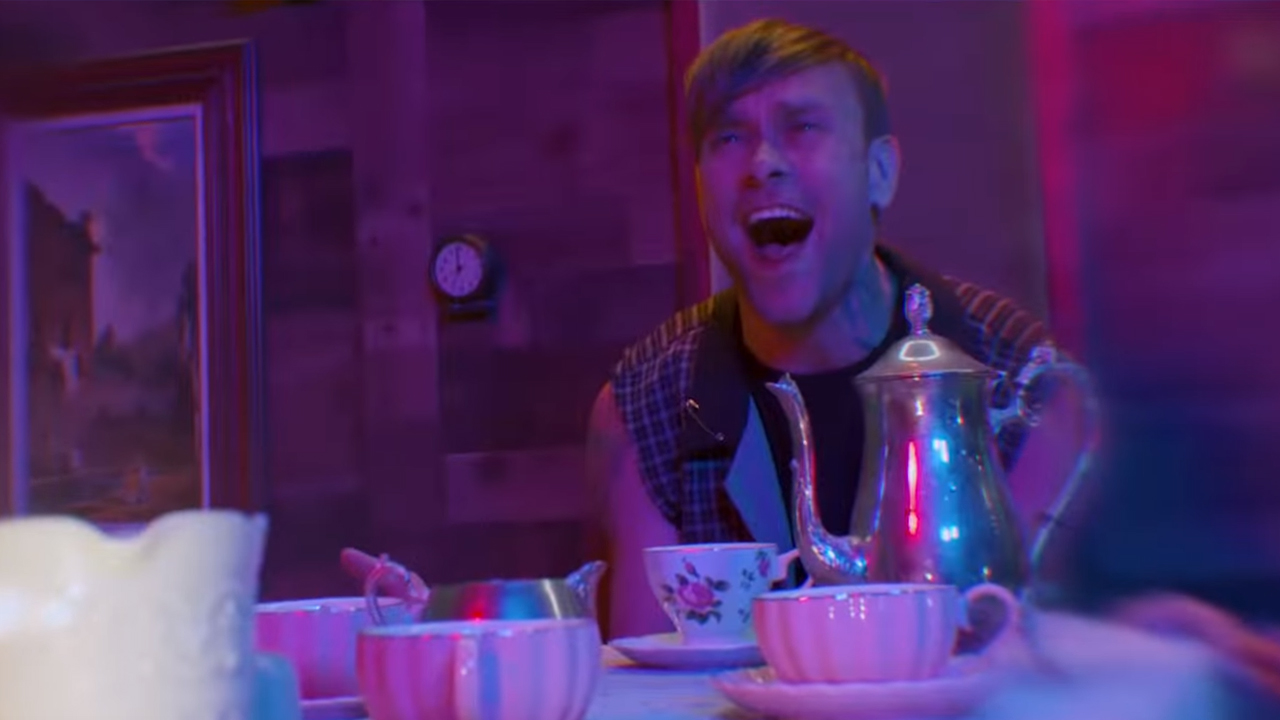 by Anth Webster
0 comments
[dropcaps type=’normal’ font_size=’60’ color=’#ed145b’ background_color=” border_color=”]T[/dropcaps]he story of the original sin and Adam & Eve in the garden of Eden has long been used as an allegory for the importance of purity, piousness and the unending battle against the temptations of evil. In 1667, English poet John Milton released what many believe to be the definitive retelling of the story, an epic opus told in ten parts that served to give new understanding of man’s relationship to God through the expulsion of Adam & Eve from paradise, while also drawing comparison between England’s ruling class and the march of Satan. 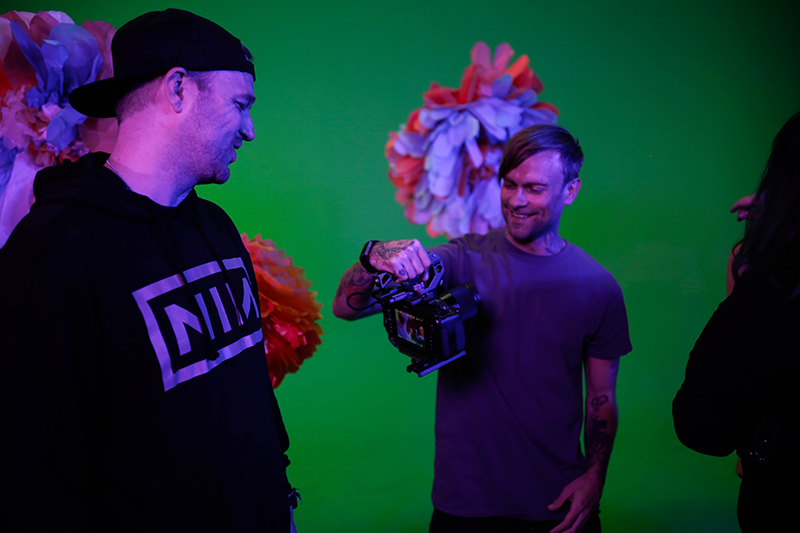 For The Used frontman Bert McCracken, the story has been a huge source of inspiration: “I’ve always been a bit obsessed with Paradise Lost, I really dug deep into the poem and its author, John Milton. As I was reading a lot of his political essays, I realized that a lot of what ’Satan’ says in Paradise Lost are quotes directly from John Milton’s own mouth. A lot of people thought he was the devil back then. He had a huge problem with the show of opulence from the Church. He thought it was disgusting. His poem is about the failed revolution against the Church of England, which is Satan’s failed revolution on earth. And what’s more incredible or exciting than a failed revolution?”

The new single, simply titled ‘Paradise Lost, A Poem By John Milton’ clearly draws a lot of influence from the work, so when director Brian Cox came on board to bring about the song’s visual accompaniment, he sought to find a way to use that influence in a less literal or more obscure way: “While we were discussing ideas for this music video,” shares Cox, “we realized that there may be a cryptic and fascinating connection between John Milton’s poem and the fairytale world of many storybook classics. We didn’t want to do the obvious, Adam and Eve in a battle with the devil. There are many lessons to be learnt from John Milton’s poem so we felt this more subtle storyline would leave the viewer to interpret and reveal answers on their own as well as tell a similar concept to what the poem is actually about.”

The Used are no strangers to literary references and graphic interpretations in their music videos. Their 2006 single ‘All That I’ve Got’ was a Through The Looking Glass-esque adventure set within a book store. While that particular video leant more on gothic art and imagery, using lots of blacks, whites and muted tones, ‘Paradise Lost’ is the complete opposite. A fever-pitched explosion of extreme colour, glitching warped images and a convulsive energy that never relents. 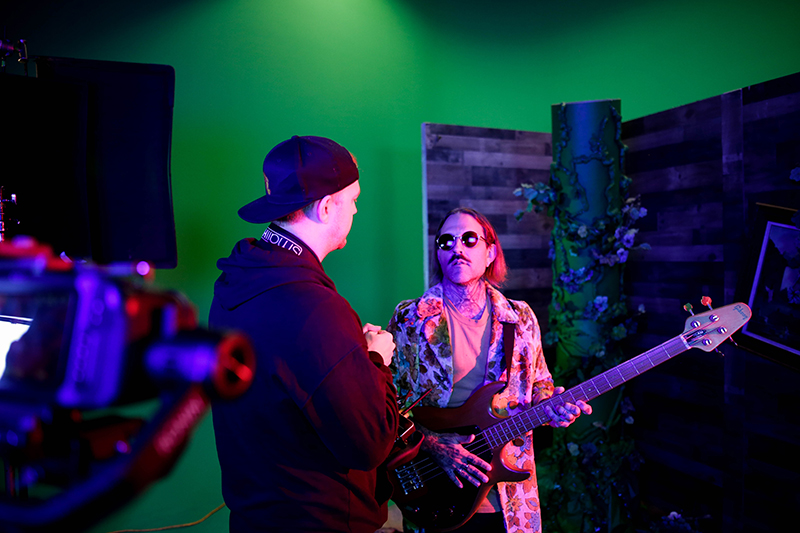 When asked about this aesthetic choice, Cox replies: “We wanted to do something that felt like a dramatic nightmare mixed with vivid hallucination. The melting colors, which is a nod at “down the rabbit hole” from Alice in Wonderland or when Dorothy slips into a dream state when she clicks her heels. I’ve always leaned towards hyper colors, glitches and animation so I felt it would create the right aesthetic for this video. We wanted to do something new and fresh for The Used, without detouring too much from the world which they’ve already created.”

Given the nature of the aesthetic, the glitches and the frenetic pace at which the whole video is moving, the idea of each and every cut and splash of image being meticulously planned out ahead of time sounds extremely involved and even pedantic. Cox agreed, elaborating on the edit process as such: “Definitely was a “decide as we go” approach. I mean, we had a lot of ideas before turning on the camera, but there are just as many things that came to imagine as we were in the edit. We captured a lot of material in the studio (majority of it was shot on green screen) then the comps and layers were built around that… Not the other way around. I wanted each band member to live in their own fairytale world only to appear as fragments of a dream. For me, the edit process is where I have the most fun as a director because it opens the door to seeing things you may not have imagined before when on set.” 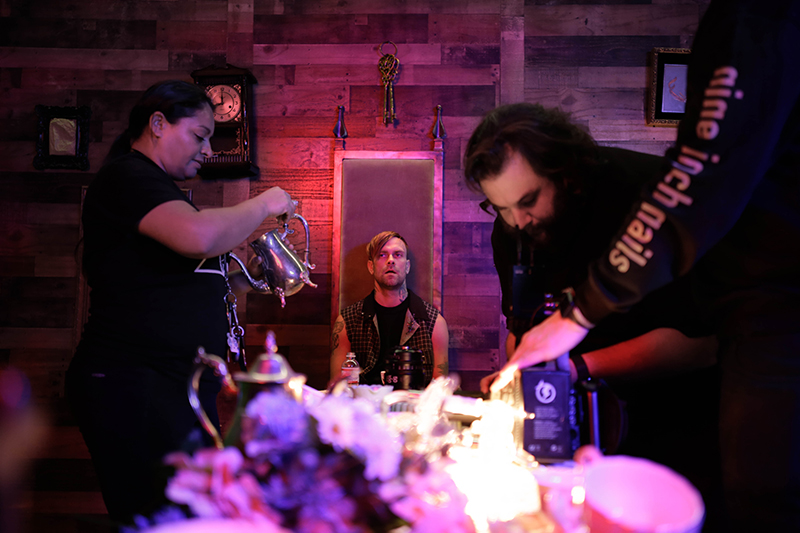 There is a recurring feature of this video that really stands out. The very new Instagram phenomenon of the filter that offers a “Which _____ are you?” question with the accompaniment of a poker machine style scrolling image on your forehead. This was a mechanism Cox and the band used throughout the video to move the story along, displaying the emotion or intention of a character as a small Tarot-like icon above their head. It’s a very interesting device in the story-telling that, according to Brian Cox also acted as a critique of a certain aspect of the modern world: “There are people who present themselves in a different light on social media contradictory to who they really are in real life.”

”We all have opinions, religious or political beliefs and moral values but it’s always fun when you can pinpoint someone who is all show because it’s what everyone else is doing, rather than just being themselves. There’s a flip side of this too, where people don’t practice what they preach… They only take selfies at a gym or post a positive influence quote because it’s actually themselves that need the work. But it’s not always a conscious effort on their part, and I think we are all guilty of it at some point, many are simply influenced by the newest trends on social media. These instagram filters to me are a perfect example of how social media can seemingly decide who you are, with a big fat sign on your forehead.” 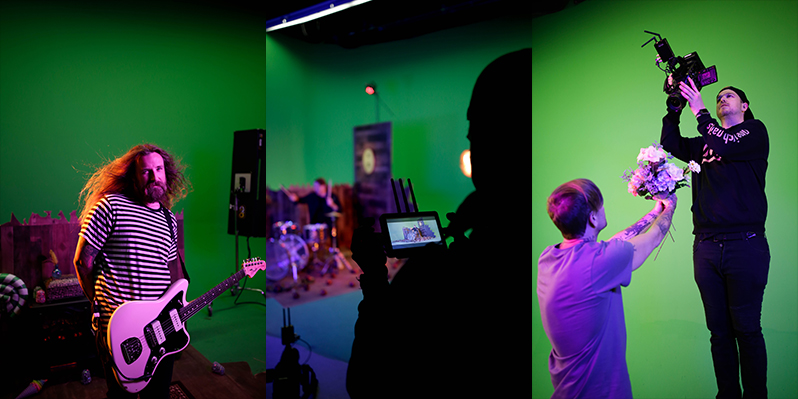 This is one of the ways Brian Cox originally alluded to, that the video can have varying meanings for different viewers. In many ways, the poem Paradise Lost is about finding out who you truly are and how that opposes the way you are seen by others. It’s about self-image and the human condition. Perhaps that is what makes this video so intriguing, on the surface it is a hyperactive hypercolour incursion on your senses, but scratch below that and you’ll find a lasting message delivered with real drama and expression.

Here is the official video for ‘Paradise Lost, A Poem By John Milton‘