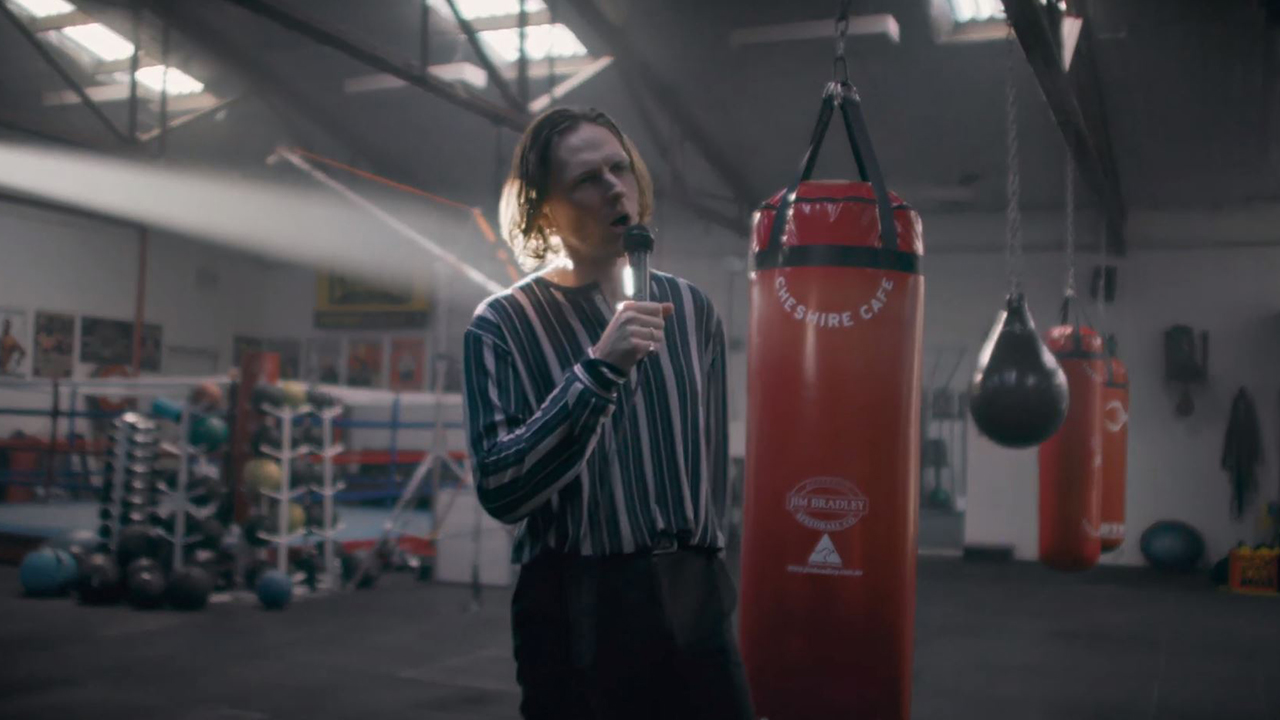 [dropcaps type=’normal’ font_size=’60’ color=’#ed145b’ background_color=” border_color=”]A[/dropcaps]fter rising to prominence as the subject of a massively successful mockumentary series that painted the band as a rabble of naïve buffoons struggling against their own egos and fraying relationships, These New South Whales have continue to transition into a serious touring band that puts out legitimate and honest music. 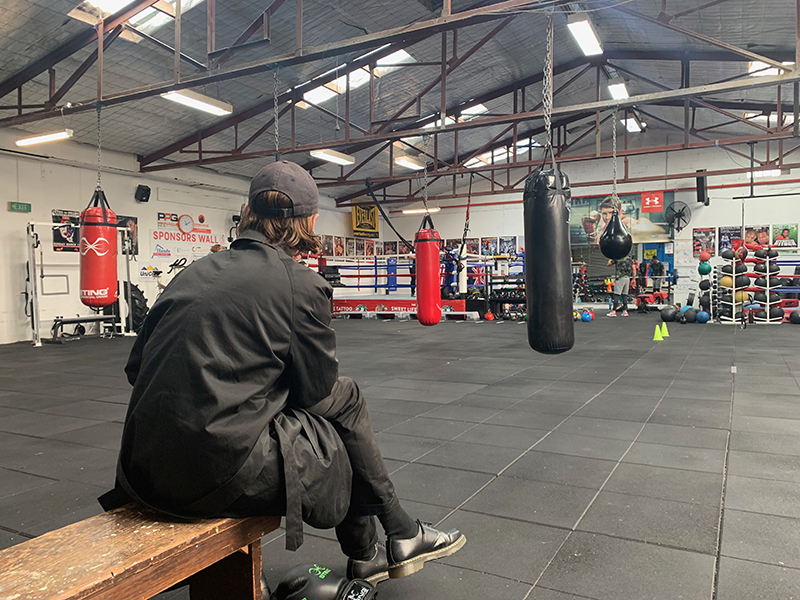 ‘In The Light Of Day’ typifies the band’s evolution from bratty, at times avant-garde, post-punk to where they sit now, musically closer to the New Romantic end of the post-punk spectrum, while still showing glimpses of that attitude and brashness that permeated their earlier music. For director Callum Van de Mortel, who was also heavily involved in the production of the These New South Whales series, there is certainly a divide between the comedic mockumentary version of the band and the musical entity that exists in this video, but maybe there doesn’t have to be.

“As much as there are absolutely distinctions between the two, it’s always been a really comfortable balance.” Van de Mortel explains. “It comes quite naturally to everyone, perhaps because the same team work across both. There’s really no rules as far as whether the band are going to be either ‘version’ of themselves, rather everyone just kind of takes it as it comes in each scenario. It’s safe to say that their records, live shows, clips and the series compliment each other really well, and the beauty of the high level of TNSW output is the band can keep the audience on their toes. It’s never dull and you can’t pick it. The ‘In The Light Of Day’ clip is equal parts bizarre and straight. It’s just what happens on the day.” 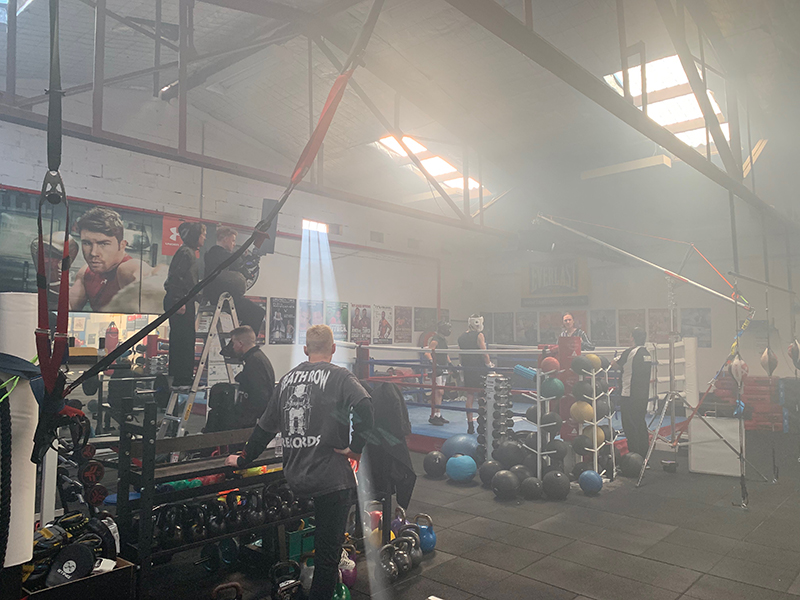 ‘In The Light Of Day’ sees These New South Whales, in particular vocalist Jamie Timony, performing in a fully-functioning boxing gym amidst the training fighters, while the other band members sit around the room somewhat disinterested. Van de Mortel tells of how the video came about: “It all started with Bobby Dunnes Boxing Gym. We wanted to do a performance clip, where the band was more getting in the way than being the focal point and Jamie suggested we shoot in the gym where he trains in Preston. Bobby Dunnes is just a real classic institution that visually has so much going on, old Kostya Tszyu and Mike Tyson posters, loads of colour and texture. It made sense for us to do it in there.”

The other members of These New South Whales sitting around the room, showing very little enthusiasm, definitely hints at a running theme that is present throughout the band’s comedy series. A level of ego and resentment that exists between the band members, especially when any perceived personal success or favouritism is occurring. Though as Van de Mortel explains, that wasn’t entirely the intention: “I guess the other members of the band sitting around is more about blurring the lines between it being a staged shoot and being just an extension of the TNSW world. I like the idea of breaking the flow, whilst Jamie continues to be in his element. The shot of Todd, he’s just cueing the music over the speakers. It’s just funny.” 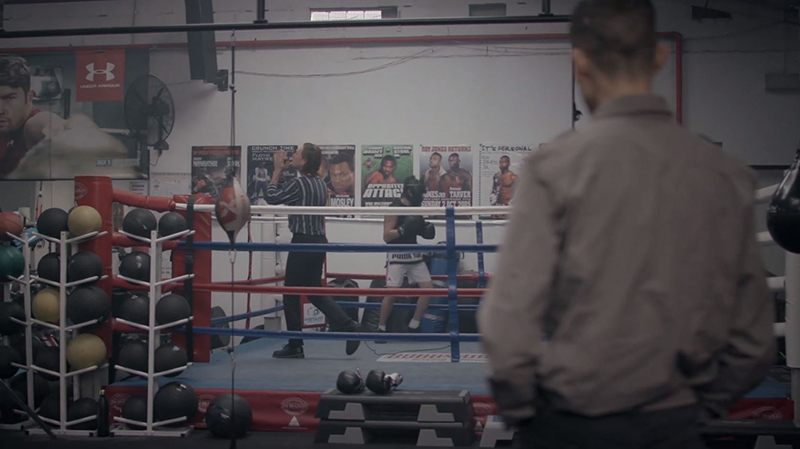 These New South Whales – In The Light Of Day

This blurring of the lines is characteristic of the approach to the whole video. While it is certainly not shot as verite as the mockumentary series, the video is still presented in a realistic style. Using practical lighting, free moving camera that chases the action, shot from voyeuristic angles, very rarely embellished upon with the sparse use of slow motion. The song even occasionally ducks out to allow for the real sounds of clashing boxing gloves and a coach’s barked instructions. Van de Mortel explains the approach: “I’m more inclined to aim for a documentary feel with the camera work on shoots like this as that’s my background. I like the feel of crash zooms and shifting focus, I like that everyone who features in the clip is kind of dodging or barrelling the camera and that you sometimes see behind the curtain. It makes it more fun, and makes it feel even more like the band shouldn’t really be in that environment. Because they shouldn’t. Gyms are for boxing, not singing.”

The whole video has this really peaceful soft light and haze across it. Light beams in through warehouse windows and skylights and is delicately filtered by the lightest of hazes. When asked how much of this was natural light and how much was synthesised, Van de Mortel replies: “Completely natural. Joey Knox (DOP) just knows a good moment when he sees it, and shoots the hell out of it. We had James Thompson and Todd Rogers on the rigs and they’re great. Definitely pumped the haze and made sure everything is even. But sometimes you can’t plan that stuff.” 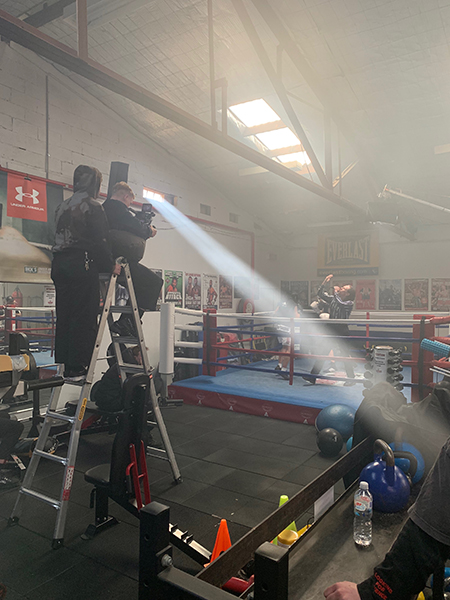 “Sometimes you can’t plan that stuff” feels like a fitting motto for These New South Whales and as such, this video. Director Callum Van de Mortel explains a set where rather than over-choreograph everything, the goal was more to allow things to happen and capture them as best they could. This not only plays to the strengths of Van de Mortel and his documentary background, but also to the strengths of These New South Whales, a band whose identity is rapidly evolving. Instead of stifling this progression with definitions and boundaries, These New South Whales are welcoming the natural evolution of things and reaping all the plentiful benefits.

Here is the official video for “In The Light Of Day”